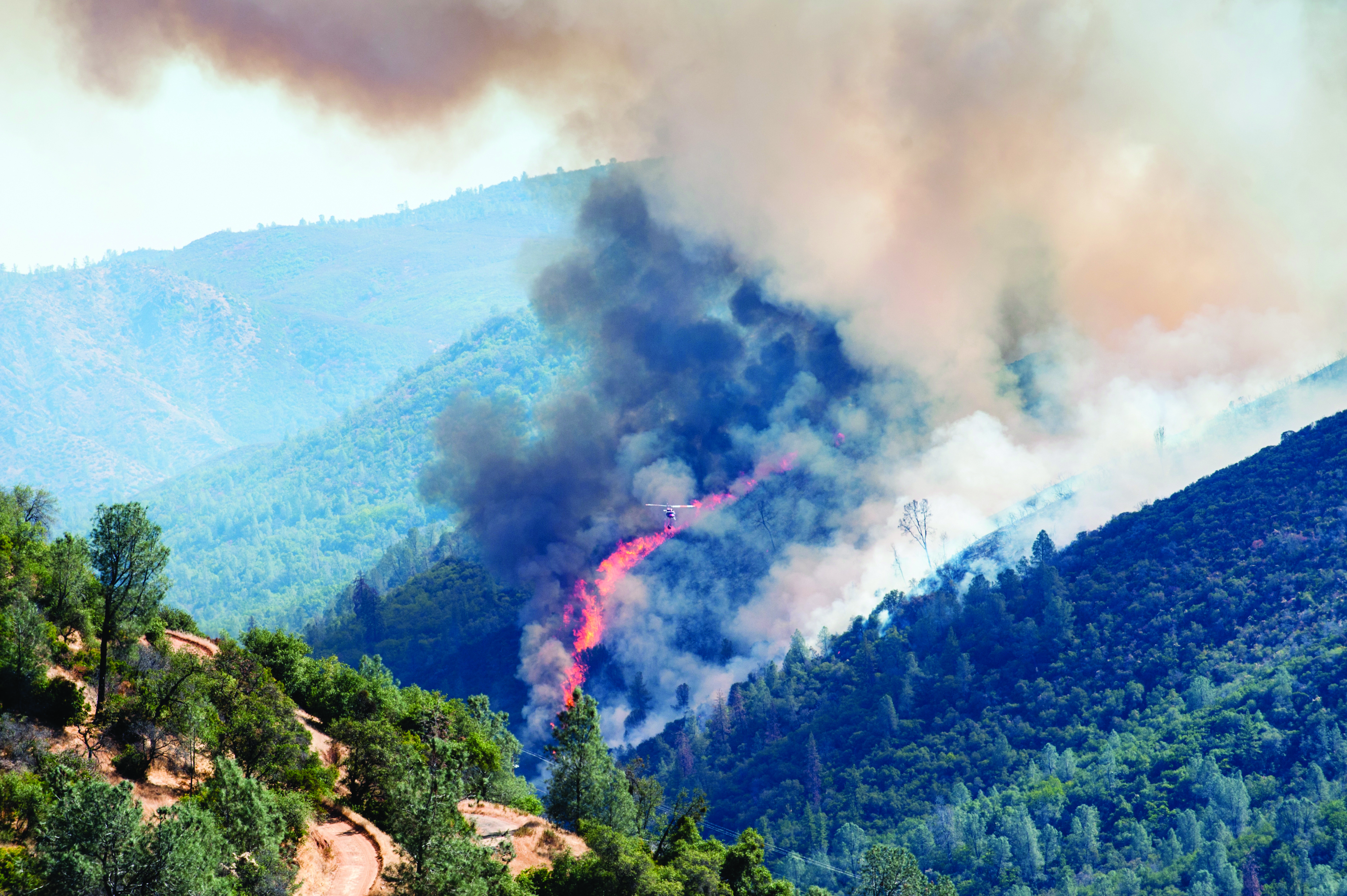 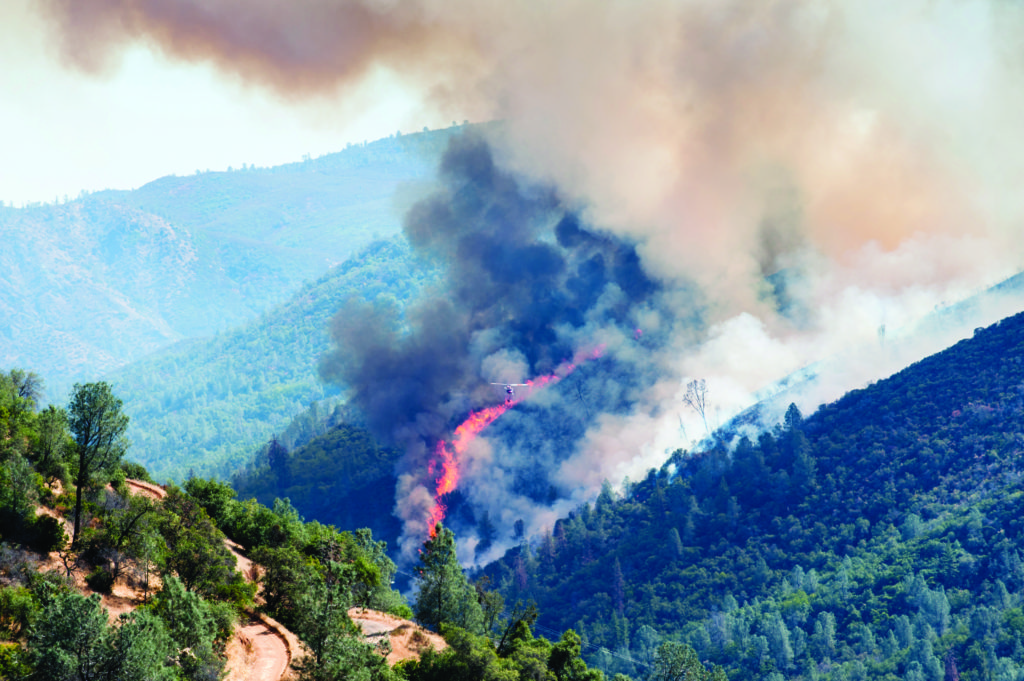 If you like spending time outdoors—whether you enjoy camping, hiking, backpacking, hunting, or just about anything else—you probably love winding down next to a relaxing fire. This does much more than warm you up. There’s something about a crackling, glowing fire that mesmerizes us.

It’s also easy for fires to get out of control.

What are the causes?

In the United States, the National Fire Protection Agency studied the causes of fires over a five-year period from 2011 through 2015. Here were the findings of the most common culprits for brush, grass, or wildland fires:1

Which types are the most common? 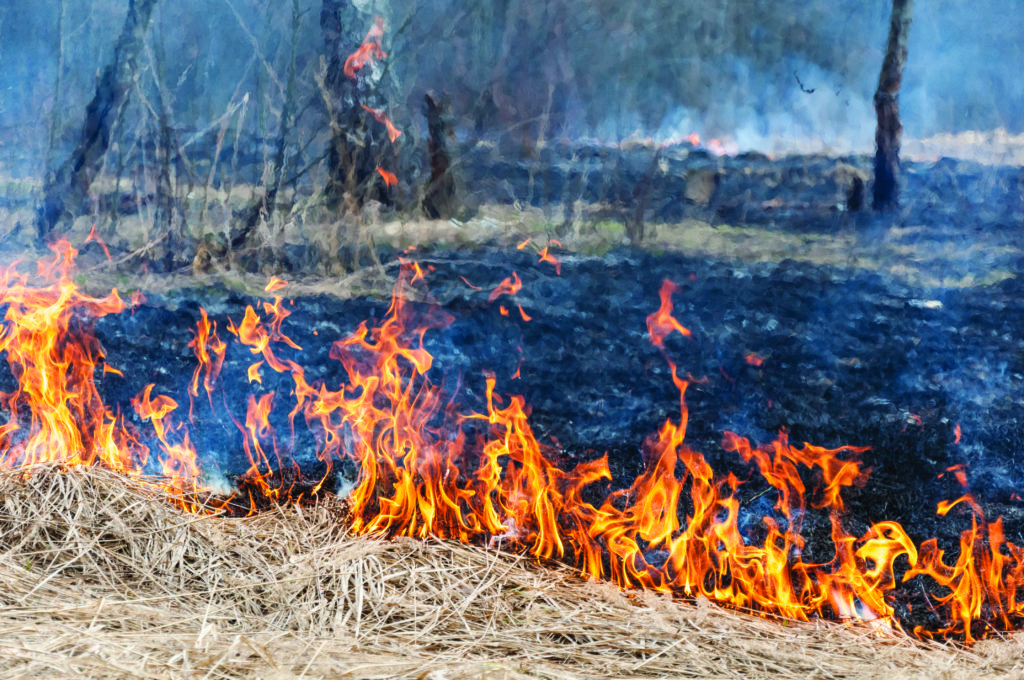 During this five-year span, fire departments in the U.S. estimated that there were around 306,000 brush, grass, and forest fires annually. This breaks down to 840 per day. Brush fires or a combination of brush and grass fires led the way with 123,700 of these fires, or 40 percent of the total. Grass fires were right behind at 113,400, or 37 percent. What the NFPA classified as “Unclassified natural vegetation fires” accounted for 38,300 fires annually, 13 percent of all outside fires. Forest fires, otherwise known as wildland fires, were at 10 percent, with 30,600 fires per year from 2011 to 2015.2

The NFPA discovered some other interesting information from its study. Some of the noteworthy findings in the U.S. include the following:

Getting started on Protocol 67

In Protocol 67, there are nine Determinant Descriptors. The first two Key Questions—“Tell me exactly what is burning” and “What size of area/structure is burning?” will help determine right off the bat which to choose. As Rule 5 points out, some callers may have a difficult time accurately answering Key Question 2. If this happens, “ask them to relate it to the size of a familiar area (e.g., football field, tennis court, etc.).”

Meanwhile, the following may be examples of SMALL OUTSIDE fires, depending on their size:

While Key Questions 1 and 2 will guide you in choosing the type of fire, the rest of the questions will provide pertinent information to fire crews and will help you determine which DLS link to use.

Key Question 3 instructs you to ask, “Is the fire threatening anything?” This includes people, animals, buildings, or vehicles. Pay attention to Rule 1: “The determination of whether a fire is threatening a building/structure should be based on the caller’s judgment,” as well as Rule 2: “If the caller is unsure, all associated buildings are considered THREATENED.” At this point, if you’ve coded the call as anything DELTA, CHARLIE, or BRAVO, it’s time to send the response and return to the Key Questions. As a matter of reference, Protocol 67 defines THREATENED building/structure as: “Any building/structure that has a potential of catching on fire.

Key Question 4 then asks, “Is anyone trapped or in immediate danger?” If the caller reports that this is the case, send EMS and ask the follow-up questions, “How many?” and “Exactly where are they/you located?” Then, as appropriate, ask Key Question 5, “Are there any electrical hazards?”

The presence of hazardous materials can complicate this call. HAZMAT is, “An incident involving a gas, liquid, or solid that, in any quantity, poses a threat to life, health, or property.”

The tricky part here is that “Information about the presence of HAZMAT must be spontaneously provided by the caller,” as stated in Rule 3. You will not ask about HAZMAT during Key Questions unless the caller mentions it at some point. If this does happen, you will end your Key Questions with number 8, “Do you know the warning placard numbers (chemical ID) of the hazardous materials?”

If hazardous materials are present with any fire, follow the DLS Link to Panel D-1.

From time to time, fire crews will start controlled burns. In FPDS v6.1, a controlled burn gets an OMEGA response. With the changes in v7.0, there is no longer an OMEGA code on Protocol 67, but there is one for this situation on the new Protocol 82 (82-Ω-1). However, when in Protocol 82, it’s important to keep in mind Rule 6: “Before selecting 82-Ω-1, all questions in Case Entry and Protocol 82 must be asked and answered to ensure that the controlled burn has not escalated into an uncontrolled incident.”

There are several suffixes to consider with Protocol 67. These will help “delineate what is being threatened by the fire.” These suffixes are:

Give all Post-Dispatch Instructions and link to Panel X-1 unless the caller is in danger but not trapped (B-3), someone is on fire (B-4), or there are dangers present such as HAZMAT (D-1). Also, use the Stay on the Line DLS (X-2), Urgent Disconnect (X-3), or Burn Treatment (X-5) as appropriate.

A few words about Protocol 82

The first two Key Questions here are similar to those in Protocol 67: “Tell me exactly what is burning” and (if appropriate) “What size of area is burning?” Key Question 3 is also the same: “Is the fire threatening anything?” If it is, you’ll send the response and return to the Key Questions.

Meanwhile, a SMALL WILDLAND fire is coded as 82-C-1, and a SMALL BRUSH/GRASS fire with structure THREATENED and a SMALL GRASS/BRUSH fire get an 82-C-2 and 82-C-3, respectively.

With all sizes of WILDLAND and BRUSH/GRASS fires, the local fire administration/agency must define and authorize for dispatch purposes what constitutes each.

Protocol 82 omits the Key Question about electrical hazards from Protocol 67 but also asks whether people are trapped or are in immediate danger. You’ll also ask, “Is the fire spreading?” (with the follow-up “What direction is the fire spreading?” if the caller answers “Yes”) and “Is anyone injured?” (with the follow-up question “How many?” if there are injured people). The caller must provide HAZMAT information without you asking.

In Protocol 82, there are five Post-Dispatch Instructions, including, “If you feel you are in danger, leave the area immediately and take others with you.” You’ll give this instruction if an evacuation order has not been issued.