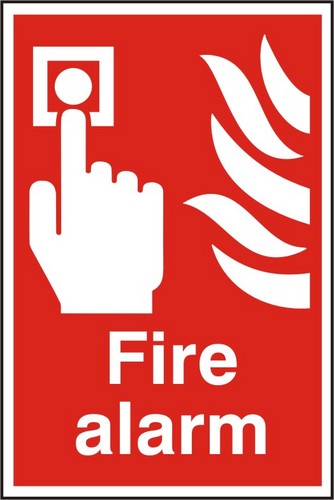 The role of firefighters in modern society has shifted somewhat since its inception. Yes, firefighters still put out fires, but they do much less of that than in generations previous thanks to updated building codes and flame-resistant construction materials.

This doesn’t mean that fire departments have less to do, however. The National Fire Protection Association (NFPA) reported that fire department responses have nearly tripled from approximately 12 million total incidents in 1985 to more than 33 million in 2015.1 Firefighters are going out on more calls than ever before.

If firefighters aren’t spending lots of time on fires, what are they spending it on? What kinds of reported incidents make up the majority of calls triaged using the Fire Priority Dispatch System™ (FPDS®)? The International Academies of Emergency Dispatch® (IAED™) has data from 24 agencies across the world spanning from September 2012 to April 2020 (roughly 343,030 calls total). The data shows, overwhelmingly, that a little over 40% of FPDS calls were triaged using Protocol 52: Alarms—41.22% to be precise. That’s 141,383 calls from alarm monitoring companies and private callers to report some kind of alarm issue.

Agencies using FPDS aren’t alone, either. There are nearly 30,000 public fire departments across the U.S. and between them, they responded to nearly 3 million false alarm calls in 2018, according to the NFPA. That’s 8% of the total number of calls reported.2

What does that mean for you—the EFD, specifically—in your center? It means that a huge portion of your time is spent on triaging alarm calls, so the more familiar you are with the “why” and “what” of the protocol, the better.

Not only has the number of alarm calls changed over the years, the way fire departments respond to them has changed too.

“You used to send multiple units on alarm calls,” said Gary Galasso, Chair of the IAED Fire Council of Standards. He was with the San Jose Fire Department (California, USA) for 26 years, which handled both fire and EMS calls. The SJFD covers the southern area of the Silicon Valley and would typically go out on “two or three alarm calls a night,” usually with multiple fire trucks.

When the Great Recession of 2008 hit, that changed. Most of the larger fire departments had their budgets cut, and some simply didn’t have the resources to send multiple units or lights-and-siren responses to calls involving alarms. Running fire response vehicles HOT was already a liability. In order to ensure that responses to the most commonly used FPDS Chief Complaint were always appropriately sized meant that things had to be reconsidered.

Because the highest Determinant Level on Protocol 52: Alarms is CHARLIE, not DELTA or ECHO, one might imagine that alarm calls are less emergent or less important than other kinds of calls. And while most alarm calls may well turn out to be false alarms, the First Law of Alarms states that “Every alarm is valid until proven otherwise.” Although the IAED recommends responding to CHARLIE-level calls COLD with multiple units, the size and speed of the response is largely up to your local fire administrator. It will vary from department to department, depending on the individual agency’s response capability. Nevertheless, your local fire authority will have put a response in place that makes sense given the fire department’s time, vehicle, and personnel allocation.

According to Galasso, one of the benefits of Protocol 52 is that the fire agencies can adjust their responses not only by building type, but also by type of alarm. For example, a waterflow alarm for a COMMERCIAL building might need multiple resources assigned while a Trouble/Tamper alarm on a HIGH RISE may only need one resource to be assigned.

Setting off alarm bells
The first Key Question on Protocol 52: Alarms is “What type of fire alarm is this?” In approximately 40% of the calls collected by the IAED, the G suffix was used, which stands for General/Fire. A General/Fire call means that the alarm was triggered by either a smoke detector, heat detector, or manual activation. What’s the difference? A smoke detector detects smoke particles, which means it’s as likely to be set off by a burned pancake as an actual fire. A heat detector only goes off when it senses that the temperature in the building or room has surpassed 135 degrees Fahrenheit (57 degrees Celsius). Manual activation of a fire alarm could mean someone pressed an “Alarm” key or a certain combination on a keypad fire alarm or pulled the lever on a pull station. There are individual suffixes for each of these kinds of alarms—S for Smoke detector, H for Heat (temperature) detector, K for Keypad (manual), and P for Pull station—but they are used less frequently than the G suffix.

Don’t forget that calls involving carbon monoxide alarms should be handled using this protocol. Not only does carbon monoxide have adverse effects on humans if they are exposed to high levels of it, Axiom 3 states that “Carbon monoxide (CO) can be explosive when confined to an enclosed area.”

What if someone calls asking for help installing a smoke detector or changing the batteries of a carbon monoxide detector? Rule 2 states that “For fire protection equipment maintenance or repair requests (install detectors, change batteries), use Protocol 53” which is Service Call. How fire departments will respond to these kinds of calls will, according to Galasso, “depend on the individual agency’s scope and mission.” SJFD regularly responded to similar service calls when he was working with them.

After KQ 1 and KQ 2 (“What area or zone/room was activated?”) are answered, Protocol 52: Alarms has two different Key Question and Post-Dispatch Instruction pathways depending on who made the call. In most FPDS Protocols, the questions stay the same no matter who’s calling. On this one, however, questions will vary depending on whether the call is from an alarm monitoring company or whether it’s from a private caller. This has always been the case, all the way back to the very first version of the Fire Protocol.

“[The difference] has been there from the beginning,” Galasso said. The FPDS was released in 2000 and already there was an established relationship between fire departments and alarm companies.

The Key Questions for a private caller are more fitting for someone who is on scene. There’s not much point in asking someone from an alarm monitoring company if they see flames or smoke when they are calling from somewhere besides where the alarm is going off. Additionally, KQ 6 for callers from an alarm monitoring company is “What is the reference number for this alarm?” information private callers won’t have access to. KQ 6 may or may not be used by your agency as it is a jurisdictionally approved question.

Private callers, however, are instructed to stay on the line (PDI-c) and, among other things, evacuate the building if safe to do so (PDI-g).

“Protocol 52: Alarms is like the ‘sick call’ for fire,” said Galasso referring to how commonly both protocols (52 and 26: Sick Person (Specific Diagnosis)) are used in their respective fields. Just as it makes sense to become familiar with the priority symptoms that separate a high-acuity sick person from a low-acuity one, it’s imperative for you to be able to recognize when one alarm call is more of a priority than another. As always, it’s important to send the right thing to the right person in the right way at the right time.