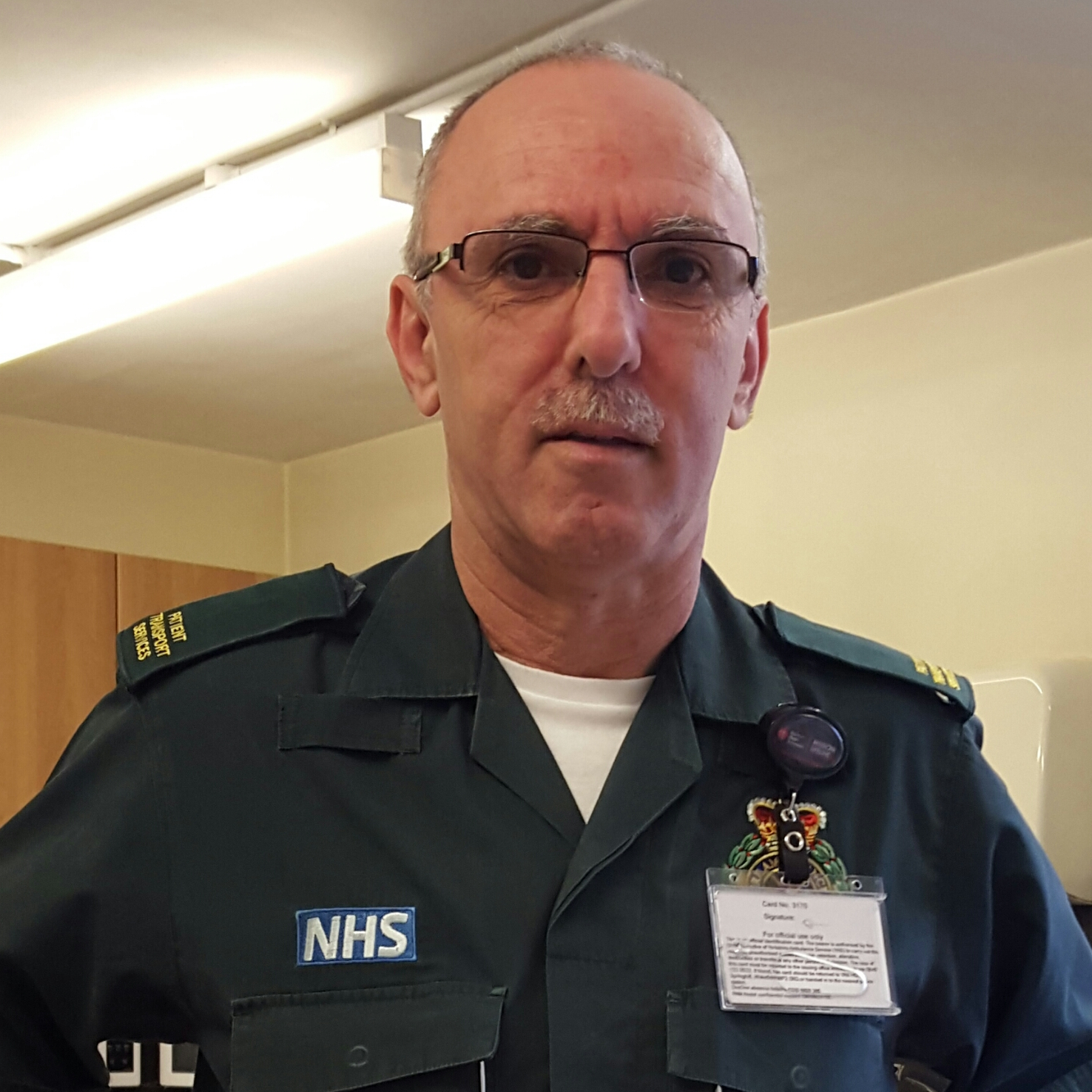 So Others Can Live 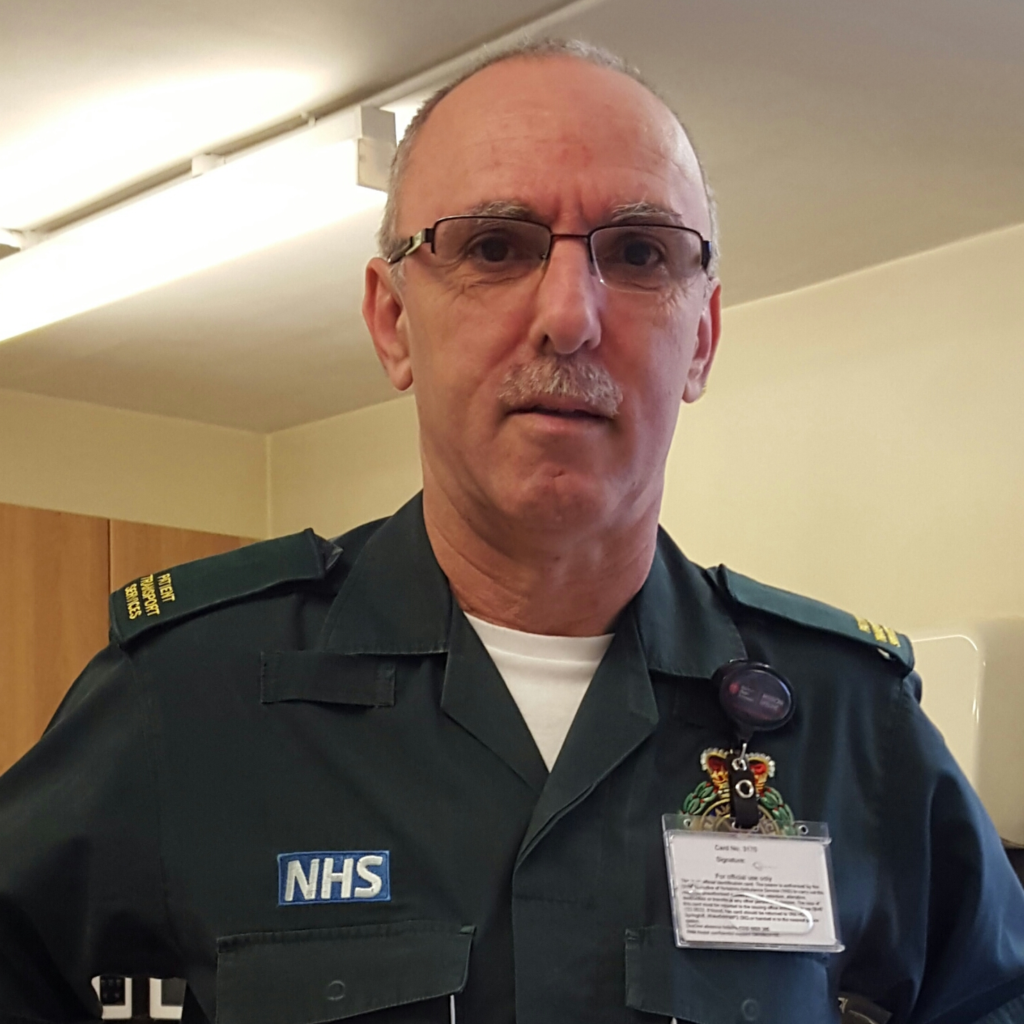 Chris Solomons got his 15 minutes of fame, plus some with the bonus of benefitting more people around the world than he ever thought possible.

It all started on his way to work, Solomons, then an EMD, had the feeling of “an elephant standing on my chest.” Sheer determination kept him behind the wheel until he could park his car and stagger into the control room of Yorkshire Air Ambulance, based at Leeds/Bradford Airport (U.K.).

The “elephant” was the massive heart attack that had started as a slight twinge in his chest while he was smoking the day’s first cigarette en route to air ambulance dispatch. The twinge accelerated to a full-blown ache, which, by the time he was sitting in a chair near his console, must have felt like the first elephant had invited a second elephant to join him. On duty Yorkshire Ambulance Service (YAS) Paramedics James Vine and Lee Davison jumped in to assist Solomons, attaching electrodes to his chest and monitoring the EKG. They determined that Solomons was having a massive heart attack.

Vine and Davison started hands-on-chest CPR and activated the defibrillator. They worked on Solomons for about 12 to 15 minutes before there were any signs of life. Solomons was back with them and although he wasn’t out of the woods, he was breathing.

Solomons doesn’t remember a good 20–30 minutes of the experience because during most of that time, he was clinically dead. Fortunately, he was in a place immediately accessible to paramedic assistance, a defibrillator, and a straight shot to the trauma center. A cardiac team at the trauma hospital installed a stent, and the very next day, Solomons was transferred to a lower-acuity hospital for recovery.

Solomons has revisited the incident dozens of times. Coincidental to his emergency was the presence of a BBC camera crew filming the fifth episode in a “Helicopter Heroes” series. The cameraman turned his focus on the two paramedics when they started to assist the still conscious Solomons, filming their efforts to resuscitate him and prepare him for air helicopter transport. A clip at the end features a brief interview with Solomons from his hospital bed.

“I was scared,” Solomons said. “The pins and needles up and down my legs [on the drive to work] were horrendous. I knew it wasn’t indigestion, something I ate. Nothing I’d like to experience again or something I would want anyone else to experience.”

The video was viewed by family and co-workers, prior to large-scale presentation to professionals in the U.K. and abroad and audiences at resuscitation and SCA survivor conferences.

Initially, Solomons instinctively disengaged from the individual on screen. Now he finds it therapeutic to watch the video and tell his story.

He has made lifestyle changes and takes each day as it comes. He promotes bystander CPR and holds a world record for gathering the largest number of SCA survivors together in one place. Solomons doesn’t consider himself famous despite the video’s viral appeal or the instant recognition he receives (https://www.youtube.com/watch?v=w32PUDL2lb8&t=43s).

“I’m a human being who had cardiac arrest while working in an ambulance center and filmed,” Solomons said. “I was in the right place at the right time, and in the hands of a brilliant crew.”

“If not for them I would not be here,” he said.

Solomons still works for YAS but no longer in dispatch. He is an Ambulance Care Assistant. He briefly returned to air ambulance dispatch but found it difficult considering the harrowing event inside the control room and the calls he was again answering.