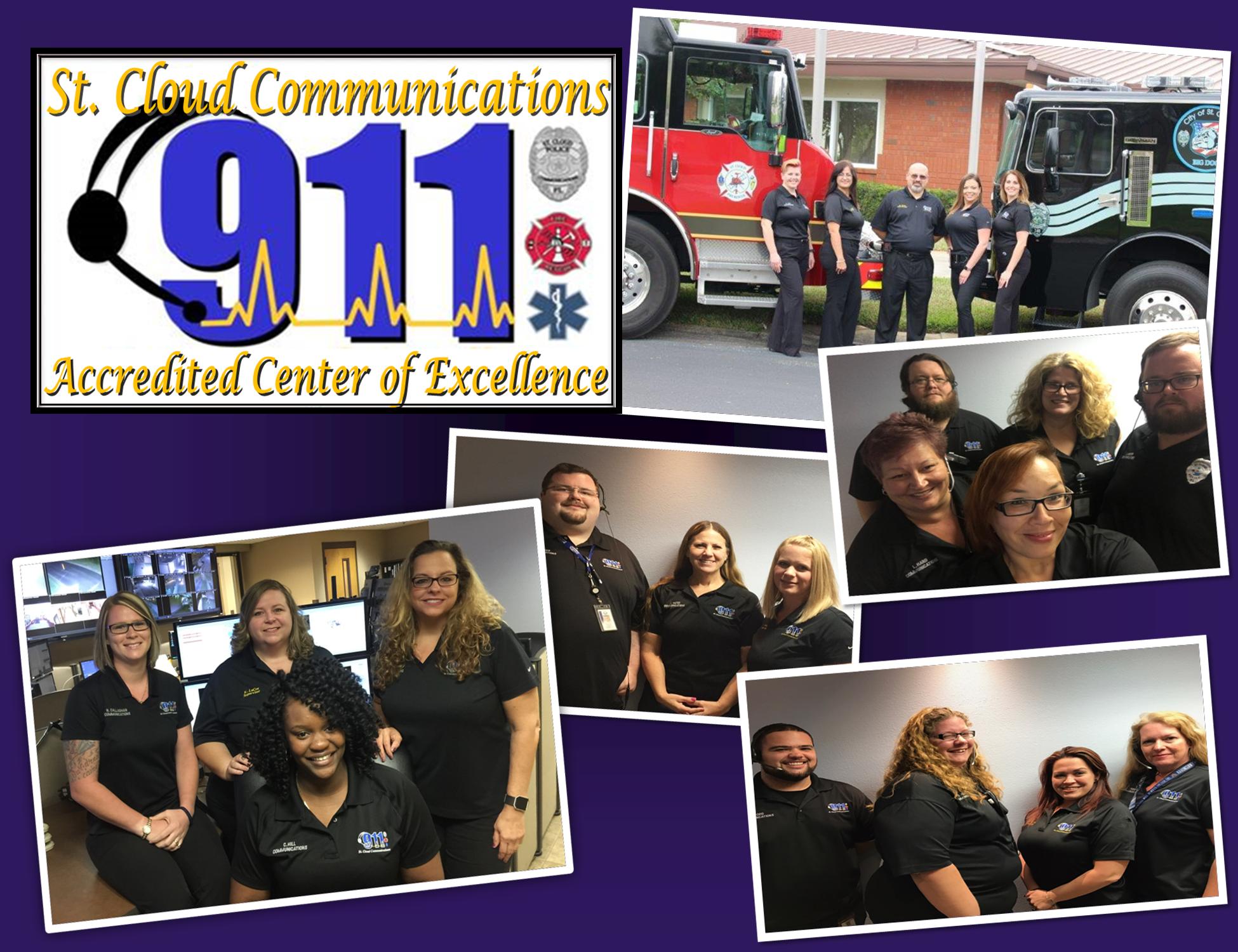 When you think of Florida, a plethora of images might come to mind. Oranges. Beaches. Sunshine. Disney World. Hurricanes. Alligators. The Everglades. Manatees. You probably don’t envision any of the state’s 18 Accredited Centers of Excellence answering thousands of emergency calls every single day.

Founded as a retirement community for Civil War union veterans at the beginning of the 20th century, St. Cloud is one of two cities in Florida’s Osceola County (USA). St. Cloud Communications is the smallest of the county’s three PSAPs and serves St. Cloud’s roughly 50,000 residents over an area of 9.2 miles (14.8 km).

But don’t let its size fool you—St. Cloud Communications packs a big punch. The center has earned triple-accreditation, a feat that only 10 centers in the entire world have accomplished.

To what does the center owe its success? According to Misael (Mike) Cortez, Communications Manager at St. Cloud Communications, it’s all due to the workers.

“We wouldn’t be there as an agency without them,” he said.

The management team of St. Cloud Communications sets a high bar for employees from the get-go. Nadine Zilke, Records Manager, said that all workers have to make it through a “pretty strict” training program and need to be certified in police, fire, and medical before they even start.

“Our workers are up for the challenge,” Zilke said.

Not only do the workers have to be triple certified, they have to be ready to perform both calltaking and dispatching duties, something that is “unheard of” in their area.

“It takes a unique person to be a dispatcher,” Cortez added. “There’s a lot of skill sets behind it. “The ability to be a fire, medical, and police dispatcher all wrapped into one demonstrates incredible skill.”

The 26 (mostly full-time, but some part-time) emergency dispatchers are divided into four squads, working twelve-hour shifts in a rotating schedule that gives them every other weekend off. All of the emergency dispatchers handle all services. They’ll be calltakers for part of the day, processing police, fire, and medical calls, then they’ll dispatch for fire or police for the other part.

According to Zilke, one of St. Cloud’s goals is to get the center fully staffed. Currently they have turnover at about 15 percent—or three or four people—each year. Cortez said that some go to other agencies, and some become police officers, firefighters, or paramedics.

Right now, it takes six months to a year to get onboard at St. Cloud Communications. The center is doing what it can to get new employees sitting at the console sooner without sacrificing crucial training time.

St. Cloud Communications dispatches for one police department and one fire department, which has three (soon to be four) stations. They field about 67,000 police calls and 63,000 fire and medical calls a year.

Because of their location on the Narcoossee corridor and the fact that a major highway nearby is under construction, they receive a lot of traffic-related calls, both with and without injuries.

A majority of the people the center serves are English speaking. However, about a third of the population is Hispanic, which necessitates translation fairly frequently. There are four or five bilingual dispatchers, and some emergency dispatchers whose grandparents and parents speak Spanish and can therefore understand but aren’t fluent in it. When those resources aren’t available, St. Cloud Communications uses an interpretation line.

In addition to English and Spanish speakers, the center also serves a growing population of Haitians, who speak Haitian Creole.

Another obstacle the center faces is the ever-present issue of stress. They utilize the Employee Assistance Program (EAP), which emergency dispatchers can use for both job-related and personal stress. The program allows them to call anonymously and get help using their city employee number.

For calls that are particularly stressful, like a shooting or a fire which results in a fatality, managers and supervisors provide debriefings for the emergency dispatchers to help process the event. Being fully staffed would also help—ZIlke wants to make sure that there are enough people in the center to be able to cover for someone who needs to take a break after a taxing call.

Although it’s not on the coast—it’s roughly 50 miles (80 km) from the shore—St. Cloud still needs to prepare for hurricane season, which spans from June 1 to Nov. 30. Emergency dispatchers are prepared to report to work even in the most tempestuous weather. Sometimes they have to plan to stay at work for multiple shifts or days at a time, bringing a travel kit that’s packed with spare clothes, snacks, water, and toiletries.

The emergency dispatchers are divided into two shifts—alpha and bravo. The alpha squad works immediately before and also during the storm.

“During the height of the storm,” Zilke said, “the center is generally at its least busy time. Responders are standing by under shelter, and citizens are bracing for the storm.”

When the storm passes, the bravo squad takes over and is deluged with calls from citizens reporting damage to property, roads, telephone lines, and water lines. They also field the kinds of medical, fire, and police calls that come in on normal days.

This rotation between alpha and bravo squads can last for days after the storm, depending on the volume of calls and the need for assistance. Their operational plan is flexible, changing as the storm does.

St. Cloud Communications put their hurricane plan into practice in September 2017 for Hurricane Irma, which was a Category 5 storm with winds up to 185 miles per hour. The emergency dispatchers hiked up their waders (metaphorically) and went to work, doing their best to make the process as seamless as possible for responders and citizens.

So, should your travels ever take you to central Florida and you end up needing emergency help, know that you’ll be in good hands. If you’re ever in the neighborhood, what should you be sure not to miss? Cortez didn’t hesitate for a second before answering.

“You need to hit the Catfish Place,” he said. They sell frog legs and gator tail. What does gator taste like? “I’d say it tastes like chicken, but …” He laughed, not wanting to use the old cliche. “It tastes kind of like chicken and fish combined.”