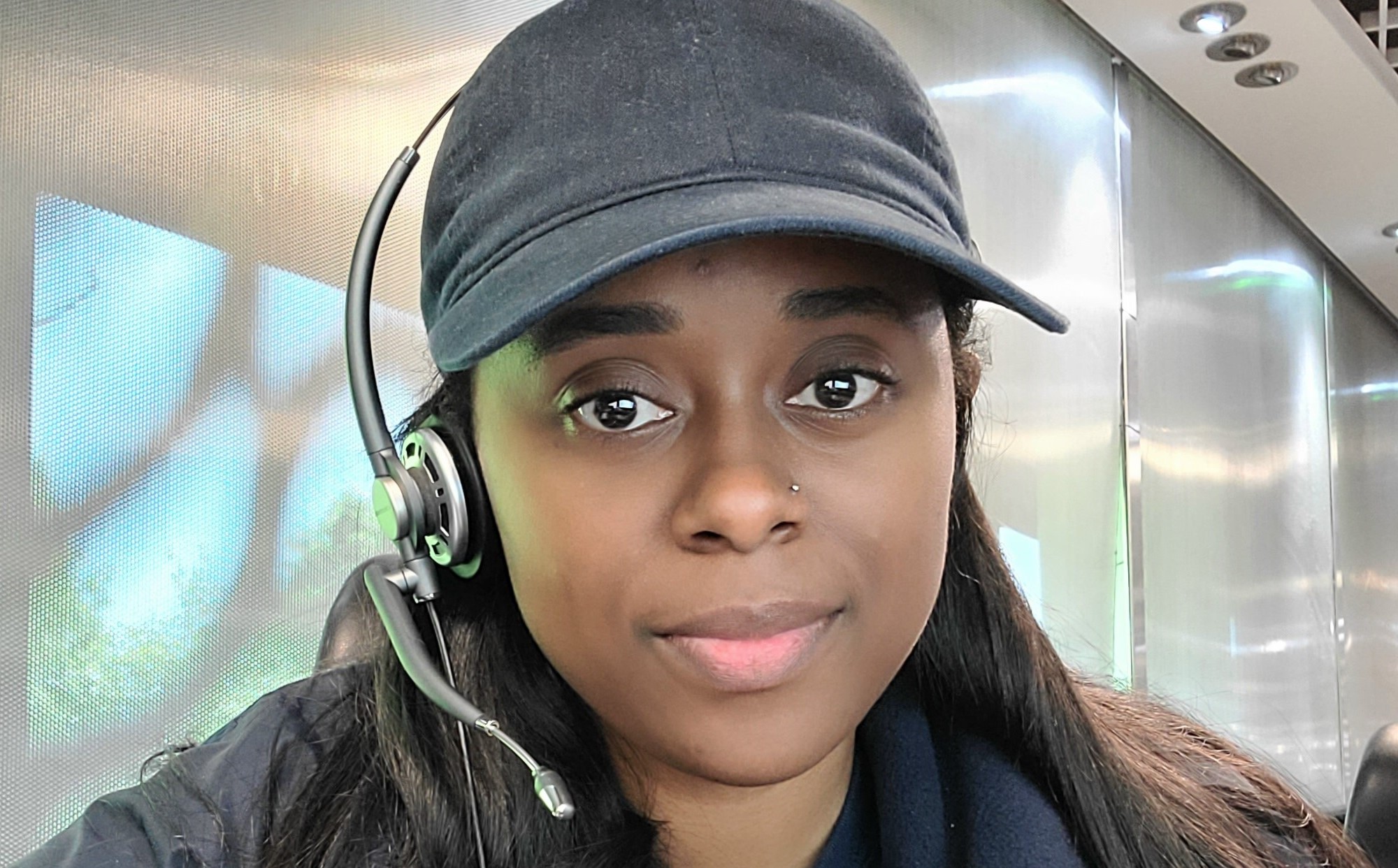 She’s the first person in the center—and at a time the sun is barely climbing the sky in any part of the country. LeJoyce Lynn Williams is ready to seize the day. Four hours into the shift, dozens of calls answered, she’s still spunky, upbeat, and not counting down to the shift’s end eight hours away. When the workday is over, she says her good-byes, grabs her stuff, and heads home. She’s tired from the long day but looking on the bright side of what the next day, next shift, next call brings.

“I remind myself that this is going to be a great day, and when you help someone, like we do, it’s always a great day,” said Williams, EMD/EFD/EPD, DeKalb County Police Department, E-911 Communications Division, Tucker, Georgia (USA).

Williams is a model of optimism and great customer service. The ability to break through negativity—and stay positive during stressful situations—is the key to success in the profession she works in daily. She makes a conscious decision to do what she’s been trained to do in the best way possible. “I’m here to help provide comfort and reassurance” she said, and at the shift’s end, she steps away.

Williams started at the communication center nearly five years ago already seasoned in the art of handling the toughest clients through her various customer relation positions, including food service. Her last job before emergency calltaking was in the banking industry. People can get a little finicky when it comes to food prep and personal finances.

She said applying at the communication center for a change connected to an emergency TV program she had watched years earlier. It seemed like a “cool thing to do,” she said. Williams realized the real-world work would differ from the dramatized version, but she was ready for the challenge. The depth, however, was more than she had expected.

Williams is an EMD/EFD/EPD at any one time. Calls are not shunted to dedicated medical, fire, or police calltakers. They answer them all. At the busy (understatement) center, she might take a call requiring CPR, followed by a fire alarm in a high-rise, and then switch gears to calm the victim of assault. They “bounce around,” she said, and she likes that about emergency communications.

No matter the situation, she’s committed to assisting every caller in the same fashion.

“I always speak to the person the way I’d like someone to talk to me,” she said. “How would I want someone to treat me?”

Of course, not every caller in an emergency is impatient, short-tempered given the crisis, or demanding that response arrive NOW. Take, for example, one of William’s most memorable calls with a father who called 911 because his three-week-old son was choking. Dad was calm, Williams said, cooperated as she proceeded with Case Entry, and performed infant CPR PAIs exactly as instructed. The baby’s cry signaled the relief the father and Williams welcomed.

Williams said a caller plays a big part in the outcome, but it does take getting control of the call and following the protocol as presented. Most callers don’t understand the process since 911 is not a number appearing on their recent call history. An altercation, medical trauma, apartment building fire, or holdup occurring on the other side of the line requires a lot of calming down, she said, and persistence.

The knack of managing callers and gathering information is something Williams learned from experience and observing the attitude of co-workers she admires. She is a training officer, spending up to 12 weeks working beside new hires and coaching and encouraging them.

The difference Williams makes in a caller’s life and in the career choice of budding emergency calltakers hasn’t gone unnoticed. She’s often selected EMD of the month and cited for her outstanding performance.

“She exemplifies what an E-911 calltaker is,” said Alesia H. Guest, E-911 Operations Manager, DeKalb County Police Department. “We wish every center had an operator like Operator Williams.”