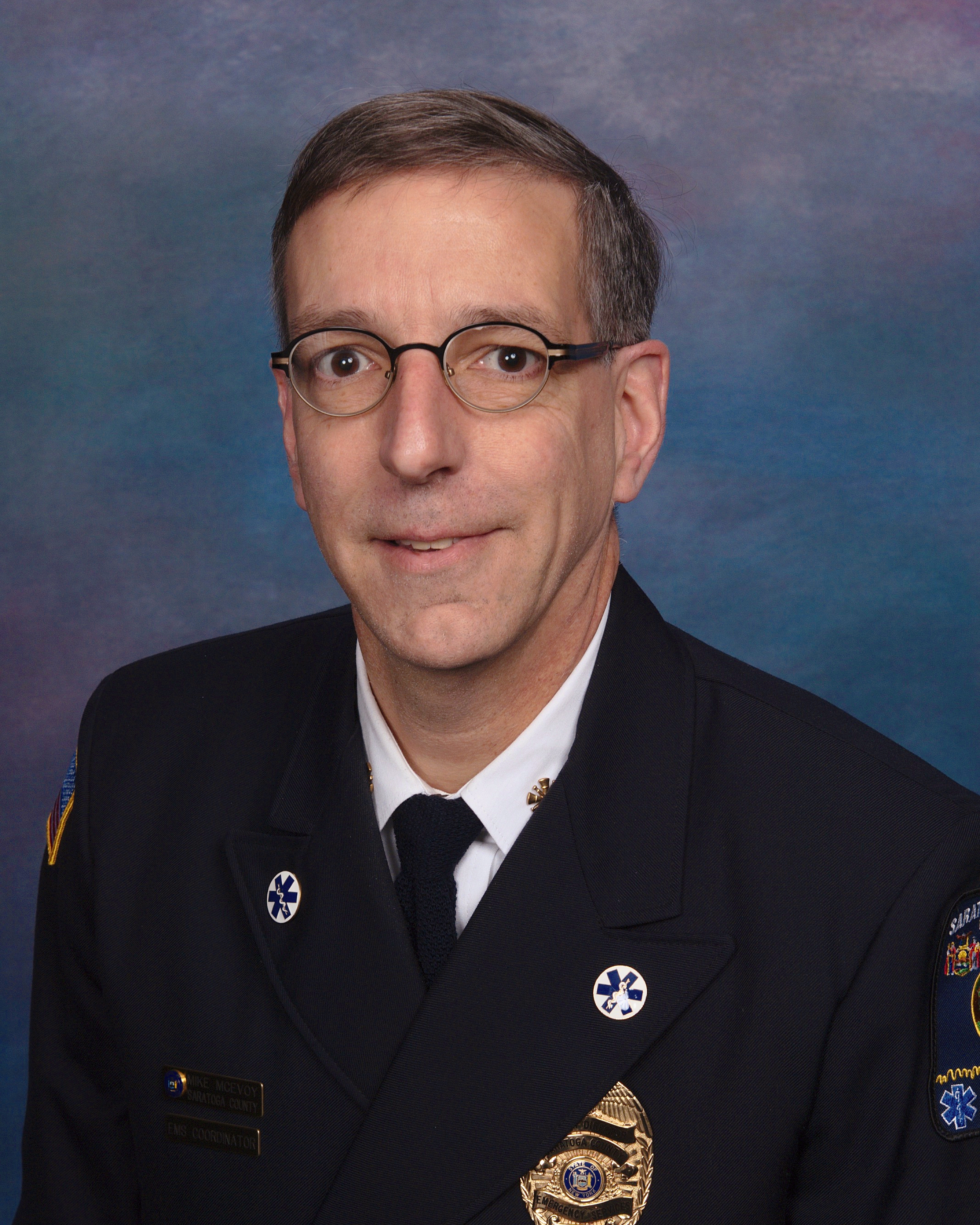 Scene Safety In An Opioid Epidemic 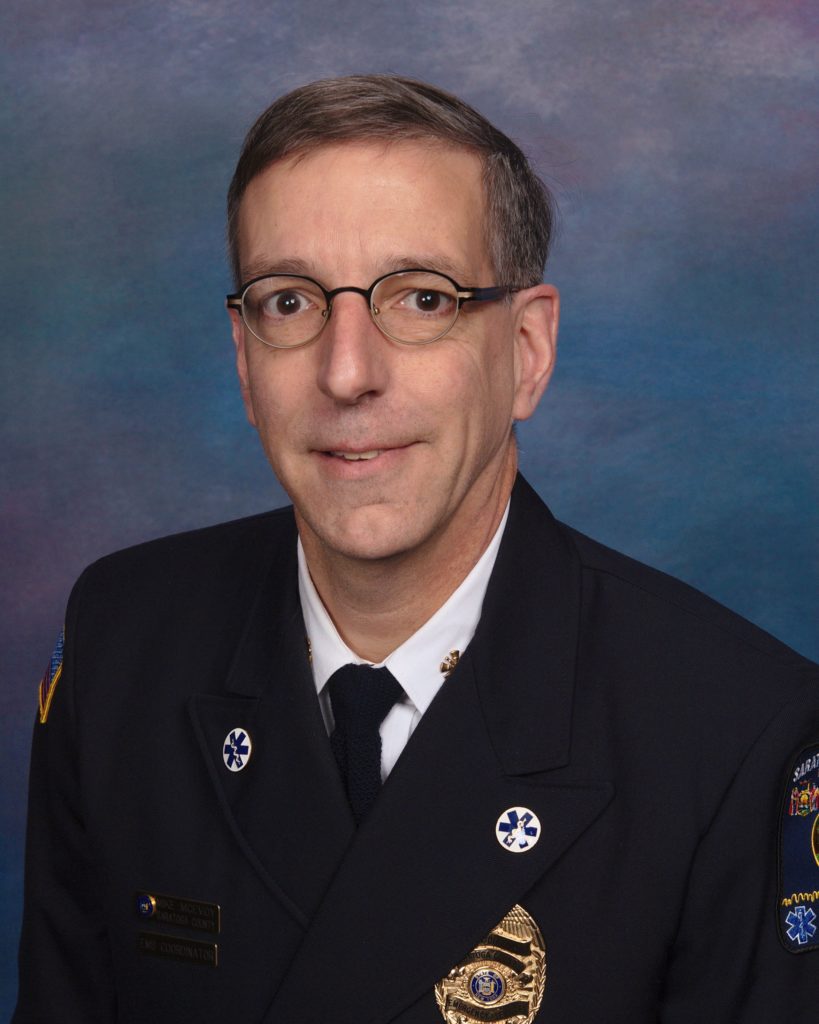 Editor’s Note: The article “When You Need It Most,” recently published in The Journal of Emergency Dispatch, drew comments asking us to clarify issues involving accidental exposure to fentanyl and its analogs. Mike McEvoy, Ph.D., NRP, RN, CCRN, EMS Coordinator – Saratoga County, New York (USA), offered his expertise from the field safety perspective. While “When You Need It Most” was primarily oriented toward changes to MPDS Protocol 23: Overdose/Poisoning (Ingestion), the Journal welcomed an article that adds to information regarding trained responder safety and expands the information available to lay rescuers and bystanders.

In June 2016, the Drug Enforcement Administration distributed a Roll Call video, “Fentanyl: A Real Threat to Law Enforcement” (youtube.com/watch?v=HudxJRjkkeE). The video and subsequent warnings about carfentanil, a more potent chemical analog of fentanyl, was intended to warn law enforcement not to field test confiscated substances because of the potential for exposure. Field testing suspected drugs is dangerous: it involves opening packages and handling unknown liquids and fine powders, something much more safely done in the controlled environment of a laboratory. Yet the wording, printed material, and dozens of stories from law enforcement officers who reportedly became ill after coming in contact with opioid users or their drugs set off a sweeping paranoia that continues today.

Warnings about fentanyl and other opioid products are compelling. Some would have you believe that merely brushing a small amount of opioid-containing liquid or powder against your skin could kill you quickly. Others suggest that touching an overdose victim to provide lifesaving care risks the health and safety of the responder, potentially making them the next opioid overdose victim. Responders have been encouraged to take extreme isolation precautions before entering a scene where opioids may be present or prior to providing care to a suspected overdose victim. Reflecting these concerns, Emergency Medical Dispatch instructions have suggested that dispatchers exercise extra caution and consider discontinuing treatment involving touching a patient if carfentanil is present or the caller questions the safety of touching an overdose patient.1

Toxicologists, who specialize in the study of the effects of drugs and chemicals on the human body, were very quick to respond. The American College of Medical Toxicology (ACMT) and American Academy of Clinical Toxicology (AACT) issued a joint position statement in 2017 disputing many of the warnings and arguing that the dangers of opioid exposures were being hugely overblown.2 There is no doubt that we are in the midst of a major opioid epidemic. More than 130 Americans die each day from opioids.3 But getting opioids into the body is not easy and never has been. In fact, it took years of research and testing to develop a drug delivery system that could miraculously, although very slowly (3–13 hours), deliver fentanyl through a wearable skin patch.

Once in the body, opioids, even in overdose quantities, do not lead to instant death. The symptoms of an opioid overdose are very predictable and, regardless of whether a person is a chronic or first-time opioid user, take quite some time to kill. Loss of consciousness always precedes respiratory arrest, probably by at least 40 minutes. This time lapse is why bystander or first responder administration of naloxone, an opioid reversal agent, is so effective. People given opioids who are unaccustomed to them become nauseous, often vomit, and get dizzy and euphoric; they do not die instantly and never without plenty of warning.

The actual risk of overdose or adverse health effects from exposure to opioids is quite low for both civilian bystanders and emergency responders. Dermal exposure (absorption though the skin) can occur but takes hours and requires exposure of a large skin surface area. Fentanyl or a fentanyl analog that is observed on the skin (liquid, powder, or pill form) can be very quickly removed by brushing or washing with water and, even if removal is delayed, is very unlikely to be absorbed in any significant quantity. When washing hands or skin, alcohol-based sanitizers should not be used as they may increase absorption through the skin; soap and water are much safer. A single pair of nitrile gloves has been shown to be effective protection while providing care to an overdose victim.3 Latex gloves, although rarely used today because of the increase in latex sensitivities among patients and responders, may not provide adequate skin protection against opioids.

Mucous membrane exposure (through the eyes, nose, and mouth) is another possible route of absorption of fentanyl and fentanyl analogs. While direct facial contact with opioid containing liquids or powder is unlikely, the tendency to inadvertently rub an eye or touch the face after contact with an unknown substance could potentially lead to exposure. This includes gloved hands. If there is a high likelihood of splashing liquids or aerosolized powders, an N-95 mask, eye protection, and skin coverage with long sleeves, pants, or paper gowns should be considered. Unless these concerns exist, this additional Personal Protective Equipment (PPE) is unnecessary.4

If opioid drug particles are suspended in the air, then inhalation exposure could be a concern. While it is very likely that aerosolized carfentanil was used to overcome hostage takers at the Moscow theater in 2002,5 it is extremely unlikely that such a sophisticated dispersal device would be encountered at any local event. If that were the case, a HAZMAT response would be appropriate.

The National Institute for Occupational Safety and Health (NIOSH) Health Hazard Evaluation (HHE) Program is working to better understand workplace opioid exposures and health risks to emergency responders. They have investigated multiple suspected opioid exposures of first responders, many of which have had significant media coverage. In virtually all of these cases, no actual evidence of opioid absorption into the emergency responders was found.6 The NIOSH reports strongly suggest that an element of anxiety and nervousness, likely stemming from a great deal of misinformation, affected these responders, not an actual opioid exposure.

The most current recommendations regarding opioid exposures were published in Prehospital Emergency Care during 2018, consolidating the best evidence available to date.7 Overall, the likelihood of an opioid exposure to anyone (civilian or responder) is indeed very low to nearly nonexistent when providing EMD directed care to the routine overdose victim. Exposures can occur when there is significant contamination of the scene.

Again, in such cases, a single pair of nitrile gloves is adequate to protect a friend or family member providing care or administering naloxone to the victim. Nitrile gloves are usually provided in naloxone overdose treatment kits distributed in the community. If gloves are not available, handwashing with soap and water after providing patient care should be more than sufficient to remove any opioid from the hands and prevent an exposure.

Safety of emergency responders and bystanders is critical in this opioid epidemic. Having appropriate resources and sound medical recommendations that allow safe and efficient response to the hundreds of patients that depend on us each day will ensure that our responders and the public they serve are best protected.