When Kate Dernocoeur, co-author of the “Principles of Emergency Medical Dispatch,” sat down to write a column for JEMS, she might have wondered if anyone would hear what she wanted to say. This wasn’t her first article after all—she was a frequent JEMS contributor at the time.

Without a doubt her Guest Comment column in 1986 definitely proved that she was being heard loud and clear. But that didn’t mean that everyone agreed with her.

Dernocoeur was greeted with a reader firestorm because her words hit a nerve in EMS-land—as they were intended to. She offered a wake-up call for those working in EMS: that those in it just to save lives would be sorely disappointed. Dernocoeur stated that to actually save a life was—and is—wonderful but rare, and that the notion of that as a sole purpose for rescuers needed dispelling because of its disabling tendencies.

The point Dernocoeur wanted to hit home was that EMS is actually a service provided to communities by helping people with problems that they are unable to handle alone. It’s not all about saving lives; sometimes it’s about making a scary event more manageable for those you’re helping.

Dernocoeur delves into several reasons why she wanted to deflate the myth. Read this month’s Blast From the Past to learn more and understand why what she penned 31 years ago still applies today. 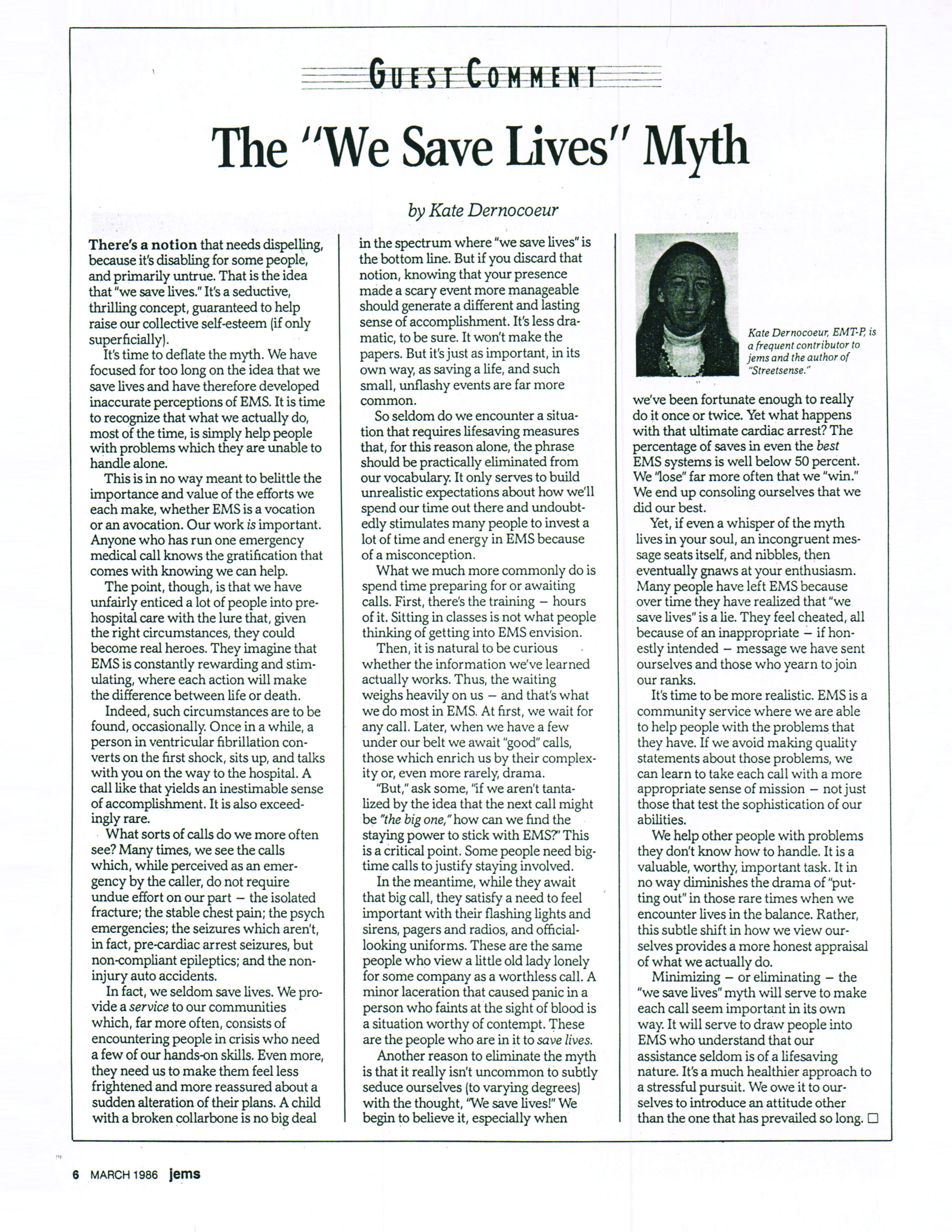