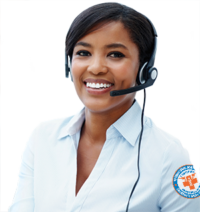 Since a designated emergency number is increasingly the first point of contact for many patients entering the health care system—even those with non-emergent conditions—one potential approach to decreasing emergency costs and emergency department overcrowding is to reinvent the 911 dispatch center and to direct patients to optimal health care alternatives.

Emergency department use has been increasing steadily for decades. Emergency departments were the only type of outpatient visits to show increases every year between 2013 and 2017, in patient number (cumulative 10% increase in utilization and a 24% growth in average prices).1 Spending on ambulance services increased 21% (2013–2017), while utilization remained relatively unchanged.2

Calling for an ambulance via 911 has become a common method of accessing the health care system not only for life-threatening emergencies, but also for non-life-threatening conditions and non-urgent medical problems. Many patients who access 911 have non-emergent conditions that do not require a “HOT” ambulance response (using lights-and-siren) and can possibly be handled without transport to an emergency department.

Nurse triage at the 911 dispatch point is one solution to reduce emergency department overuse and costs while helping ensure that patients can access appropriate alternative care.

The ECNS integrates into existing 911 practices to offer alternative care for patients calling 911 with non-emergent health-related complaints falling within the Academy-approved, low-acuity OMEGA Determinant Codes and many ALPHA Determinant Codes. A caller reporting a medical emergency (whether their own or someone else’s) calls 911 and is connected to an EMD, who triages the call using ProQA® to determine the most important, highest-priority symptoms, as well as severity and urgency of symptoms.

If the EMD determines—using medically-approved scripted protocols—that the caller is reporting a low-acuity call with no immediate life-threatening symptoms, the EMD transfers the call to the Emergency Communication Nurse (ECN). The ECN asks the caller additional questions, with the answers driving a search through more than 200 medical protocols that are powered through the software application LowCode®.

Each question within the ECNS medical protocols contains a clinical rationale for easy access to additional information for the ECN’s use. Protocols are symptom-based and take into account gender and age. The ECN also considers additional information, such as the patient’s past medical history and medications, as well as the patient’s physical, psychosocial, and economic background. The ECNS selects the most appropriate Chief Complaint Protocol, as different protocols prompt the ECN to ask different questions about the patient’s symptoms to determine the most appropriate care for each individual patient.

Medical directors at the 911 centers select from a list of IAED-approved Determinant Codes that an EMD can transfer to an ECNS. These include common low-acuity conditions such as minor injuries, chronic pain and chronic illness, weakness and flu-like symptoms, rashes, and allergies, among others.

Once the call is transferred, the ECN performs a more detailed triage of the caller’s complaint and, with the aid of software-based protocols, determines the most appropriate level, location, and type of care. Asking and entering the answers to a series of complaint-specific questions is designed to direct the ECN through a logic-based decision support process, resulting in the ECN determining the Recommended Care Level (RCL): the optimal level of care, including a clinically sound time frame for receiving care.

Possible dispositions include a wide range varying from home care to sending an ambulance for immediate transportation to the emergency department. If the patient requires treatment (for example, at the emergency department, at an urgent care clinic, or at a primary care provider’s office), the ECN can also arrange for alternative transportation (e.g., a wheelchair van or a cab). The ECN not only recommends but may also arrange appointments and calls with pharmacists or other providers.

An ECN also has the option to refer patients for telemedicine appointments to discuss their symptoms with a physician via a video conference.

The ECN can transfer the call back to the 911 calltaker at any time if, for example, the patient’s condition deteriorates and the ECN determines an elevated level of response is required or the patient has downplayed symptoms that are indicative of a more serious condition. The ECN is also trained as an EMD and may access ProQA after requesting an ambulance to offer Pre-Arrival or Dispatch Life Support Instructions.

ServiceLead™, an integrated Directory of [local] Service application, interfaces with LowCode to provide accessible local community resources that allows the ECN to assist the patient in scheduling the RCL appointments and offer other assistance, as necessary. ServiceLead also operates like a confidential electronic medical record: It confidentially passes patient data to all resources involved in the specific case and stores call handling data for analysis and quality assurance.

It has been found that most ECNS calls last about 8-15 minutes. On average, approximately 15%–20% of total medical call volume qualifies for ECNS.

Each agency is similar in general population as well as the number of 911 emergency calls fielded by their emergency dispatchers. MedStar EMS-Mobile Health (MedStar), located in Fort Worth, Texas (USA), serves a population of nearly 810,000 residents (with a daytime population of approximately 1 million) and handles roughly 107,000 911 calls per year. Louisville Metro EMS (LMEMS), located in Louisville, Kentucky (USA), serves a population of approximately 741,000 and handles about 91,000 911 calls per year.3

A related study analyzing the MPDS® Protocols most frequently triaged through the ECNS found that the Sick Person and Falls Protocols had notably high frequencies. Falls, Abdominal Pain, Back Pain, and Vomiting were overall the most frequently used protocols in the ECNS itself. Female patients were users of the ECNS in significantly greater numbers than males, particularly within the Abdominal Pain and Vomiting Chief Complaints. Overall, 91.2% of the patients were satisfied with the ECNS service, and these rates were highly comparable between agencies.5

According to study results, the agencies involved reported significant savings. Collectively, nearly $1.2 million (USD) in payments were avoided as a result of directing patients away from the emergency department and to alternative providers or points of care.6 Studies analyzing the safety of the telephone consultation process have concluded that nurse telephone triage is a safe alternative response to non-serious EMS callers (see “Necessary Components of a Secondary Telephonic Triage System at 9-1-1" https://www.emergencydispatch.org/system/files/Science%20Tab/Position%20Papers_Standards%20Documents/WhitePaperSecondaryMedicalTriageComponentsFINAL8272015.pdf).