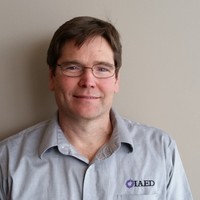 Editor’s Note: The following article appeared in an earlier issue of The Journal (Special Issue 2001).

Take a stroll around Monroe, N.C., and you can’t help but admire its small-town charm. Cream magnolias blossom everywhere, and a caboose-sized train depot sits just below city hall on a weedy asphalt lot next to a haphazard collection of rusting railroad equipment. At noon, Main Street restaurants serve up signature barbecued pork and slaw sandwiches and tall glasses of sweet tea. Monroe is the county seat of Union County, a small but growing region 25 miles southeast of bustling Charlotte and a short hop from the South Carolina state line. In many ways, Monroe is about as far from New York City as it gets. 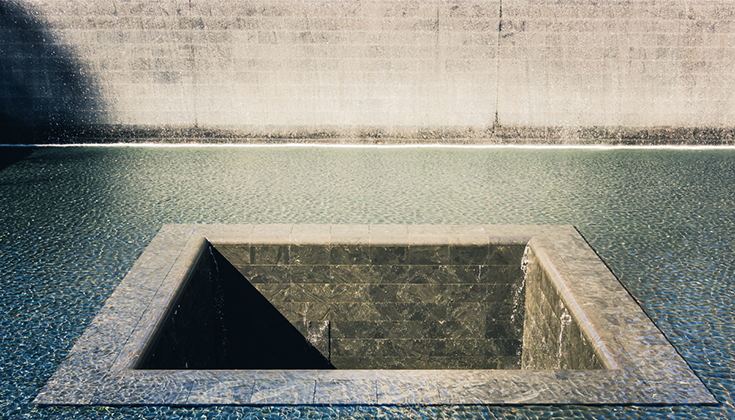 On most days, Jeff Perkel — a former FDNY EMS member who now lives here with his wife and six kids — is content to let that distance remain. Five years ago, he was one of the legions of New York-area fire and EMS personnel who dug through the wreckage of twisted metal and concrete during the eerie, smoky days following the terrorist attacks of September 11, 2001.

Fire’s in his blood

Today, Jeff works for an EMS service in Charlotte as an emergency medical dispatcher and part-time EMT. He misses aspects of life in The Big Apple — the great Italian food, the Yankees and Mets games, Rangers hockey. But a new life here has helped heal his deep emotional scars from that fateful day just over five years ago. Now, with the passing of time and the relaxed pace in his new hometown, Jeff can finally reflect on the past—and ponder the decisions he made to rebuild his life.

Jeff’s first experience with the fire service came in 1986, when he volunteered at the firehouse—Great Neck Vigilant Fire Co.—in his hometown of Long Island. From the minute he put on his turnout gear, he was hooked. He was an active volunteer firefighter for the next 20 years.

In 1988 Jeff also began a professional EMS career on the gritty streets of the South Bronx and Queens. After working as an EMT for New York City EMS, he spent the next several years working the ambulance at such stations as Lincoln Hospital, Queens General Hospital, and Elmhurst in Queens.

Jeff left New York City in 1991 to work as a fire/EMS dispatcher for the Manhasset-Lakeville Fire Department on Long Island. Working in the city was exciting, but he couldn’t turn down a job five minutes from home, in a community where he knew almost everyone at the firehouse. He also continued his work as a volunteer firefighter, which helped him get to know full-time FDNY firefighter Jon Ielpi—whom Jeff came to consider one of his closest friends.

In 1998, when the agency Jeff worked for dissolved its fire communications center to outsource its dispatching services, Jeff found a position outside the fire service as an information-technology director for a private firm. He believed his days as a full-time fire/EMS professional were over. Then came September 11, 2001.

With 15 years of fire experience, Jeff knew he had to help out at ground zero—especially when he learned that 20 of his friends were on the missing list. So he took leave from his job and joined the group searching through the debris, digging for victims and hoping against all odds to find some of his former colleagues—including his good friend Jon—alive under the wreckage.

“In the early stages, if you had your own turnout gear, you could work,” Jeff explains. “So I went into Manhattan on my own, to 1010 Firehouse, at the base of the towers on Liberty Street. I stayed there for a few days, then came home briefly one morning. I stopped to get two pizzas on the way—I couldn’t remember when I had eaten last. Soon the chief of the volunteer house called to say they were sending in their rescue team and asked if I wanted to go along. I left right away.”

At ground zero, Jeff dug through the rubble with his hands and assisted with the bucket brigade in a sea of constantly shifting debris. “It was extremely overwhelming—like organized chaos,” Jeff says. “Some [rescue workers] were concerned that buildings still standing around the site were not stable and were going to collapse on us. At times, a BC [battalion chief] would tell everyone ‘leave now’, and we’d run away. Then, after about 15 minutes, someone would tell us it was OK to come back.

“That was the last time I went in, because my wife, Perri, was pregnant with our fifth child,” Jeff adds. “I got home early one afternoon a few days later. When I walked into our bedroom, she said, ‘You can’t do this anymore.’ It was just too much to expect of her, with the stress of the pregnancy and her worrying about me, not knowing when I would come back. I decided I’d had enough of searching in vain. There were a lot of us who’d searched too many hours and too many days — I guess we just didn’t want to admit that we lost more than 300 of our own.”

A small group of firefighters was found alive in a stairwell with the first 24 hours after the collapses, but thereafter only one person—a civilian—emerged alive.

Jeff remembers how his son Danny, 4 years old at the time, was affected by his absence. One morning, some days after the event, his wife called him while he was on the scene of a gas-leak alarm with his volunteer company. Danny refused to go to pre-school and was crying for his dad. So Jeff hurried home. “The teacher told me that after I dropped him off at school, he cried for a while longer, then built two towers out of blocks and immediately knocked them down, then cried some more,” Jeff recalls. “That made me realize how much even very young kids were affected by the attacks. Too often we think it’s only about us in the adult world. But they see the same things we do—the 24/7 television coverage, the images of planes crashing into the towers, bodies falling and people getting buried in debris. My son was obviously aware of it all and knew his dad was involved in it somehow.”

Returning to his roots

Despite warning signs from his family, Jeff’s sense of duty and loyalty to Jon and the 20 lost firefighters he knew personally drew him to rejoin FDNY full-time. “While I always had a desire to return to my roots, it was a pay cut to leave my position—and at a time when I was nurturing a growing family,” he says. “But after September 11th, I couldn’t stay away—I just felt it was where I needed to be.”

After an absence of more than a decade, Jeff was back on the job by spring of the following year—as soon as City Hall processed his paperwork—and he was certain he’d made the right move.

At home, things were less certain. Emotions fueled by the Twin Towers tragedy resurfaced here and there. During the first few years after the event, Jeff’s children would occasionally see old pictures of Jeff with firefighters and say, “Daddy, are those your friends? Did they die?”

After the birth of daughter Kaitlyn—born exactly six months after the disaster—family stress intensified. “It was my wife who first suggested that we move to North Carolina,” Jeff says. “Most of her family lived there, and she felt the kids would be a lot better off in that environment.”

But Jeff wasn’t convinced. He enjoyed his work as much as ever, rekindling old friendships at the fire department and gaining new skills and experience to propel his career forward. “It was a great feeling to be doing what I was doing,” he says. “While the atmosphere there was somber after September 11th, there were so many great guys I worked with, and I really felt I was making a difference.”

In the end, concern for his family’s emotional welfare, as well as financial strain, convinced Jeff that a move south would be the best thing for all of them. Aside from the aftereffects of 9/11, Jeff’s career change wasn’t cutting it for the seven of them. “Financially, moving was certainly the best decision I could make for the family,” Jeff explains. “I could sell my house in in Long Island for a lot more than I paid for it, and build our own place, bigger and a lot cheaper, in North Carolina. And I knew I could get work in my profession there.”

After two and a half years on FDNY, and a little more than three years after the terrorist attacks, Jeff and his wife left New York for good. By early 2005, he and his family were settling in their new home in Monroe.

A big move with big returns

Jeff now works for Medic-Mecklenburg EMS in Charlotte as an emergency medical dispatcher and part-time EMT. He is also a volunteer at Hemby Bridge Fire Department in Indian Trail, N.C. Looking back now, he knows his wife’s instincts were correct. His family is more relaxed, his kids are doing well in school and have adjusted to the move, and he no longer hears them talk of the lost firefighters their dad knew.

Jeff still has occasional worries about his role in the 9/11 rescue operation. One day recently he was going through old turnout gear and pulled out the N-95 breathing mask he wore at ground zero. “I noticed how black it was on the outside; then I turned it over and realized that it was just as black on the inside,” he says. “That was the first time it sunk in that someday I may have to deal with long-term health effects, even though I feel fine right now.”

Jeff still keeps in touch with his friends in FDNY—one of whom just got promoted to captain—but he’s philosophical about his time there. “The reality is that it’s the past,” he says. “You don’t ever want to forget what happened, but you can’t live every day dwelling on it. You just can’t do that to your family—or yourself.”

Reflecting on his life in the fire/EMS industry, Jeff says: “I’ve done this at some level for about 20 years now, and sometimes I still feel like that 18-year-old kid just joining the service back in Long Island, wanting to do everything I could. Now I’m looking back and wondering, Did I accomplish my goals? I suppose I did. I wanted to be like the professionals in the department that I looked up to when I was just starting out. Now I see new guys coming along, and I’m trying to be that same kind of role model to them.”

No doubt Jeff is also a wonderful example to his kids. Danny, now 9, is on the school honor roll and plays basketball on a team that recently won its tournament championship. Michael, 7, likes to spend most of his time crashing on his dirt bike. Jeff’s two oldest kids—Angie, 15, and Megan, 14—now seem unaffected by his involvement with the 9/11 rescue efforts. And since the birth of Kaitlyn in 2002, the family has grown by one more. Sara, the only native-born North Carolinian in the bunch, just turned a year old.

“My boys want to be firemen,” Jeff says. “I’m not quite sure how to react to that.” Given a few more years, Jeff will most certainly have his response to them all sorted out—with plenty of stories to share.