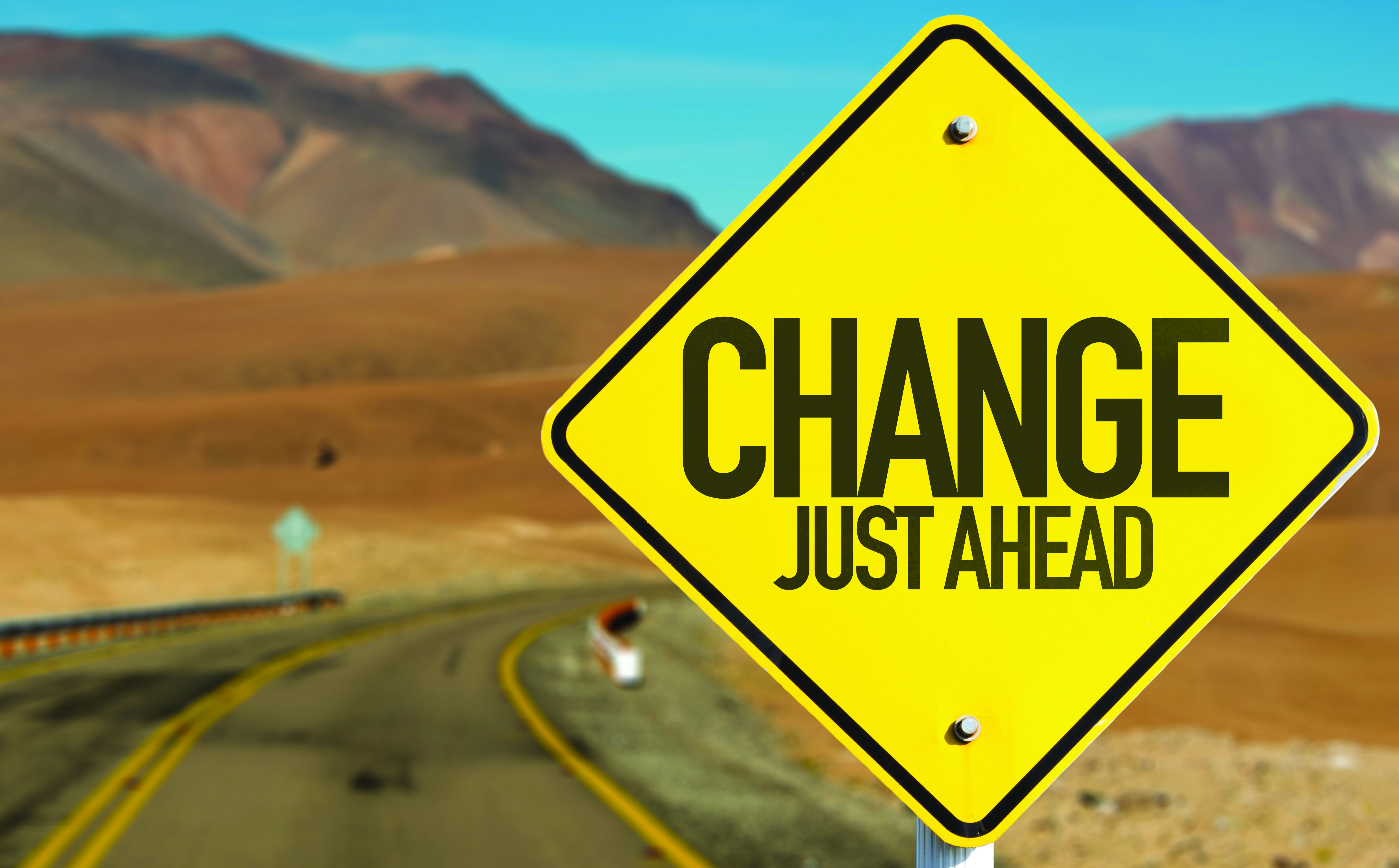 Matt Grogan did not anticipate the direction 911 would take him when he got his first job at a consolidated dispatch center in a suburb southwest of Chicago (Illinois, USA), despite the immediate sense of landing in the perfect place.

His personality fit the demands. The job and the daily pace clicked. He enjoyed helping people during what very well may be the worst day in their lives, and the rapid-fire adrenaline rush with every call acting as a tiny electric shock. He moved to Nevada (USA) and did not skip a beat. Grogan was hired by Las Vegas Fire and Rescue.

Grogan said it is difficult to plot a point where 911 grew into more than taking responsibility for callers. When was it that he realized that 911 took a toll on emergency dispatchers and that being there for the callers meant being there for himself and co-workers? When did he accept that looking out for the good of the profession was all part of emergency communications?

Initially, there was Association of Public-Safety Communications Officials (APCO), and Grogan is vice president of the Nevada Chapter. He travels as an instructor for the Denise Amber Lee Foundation, advocating for training and continued education standards that maximize a best practices approach and elevate emergency dispatchers to a level of professionalism.

The concept of “professionalism” was Grogan’s segue into changing the classification system for emergency dispatchers. He started “hearing rumblings” about circumventing a protracted timeline for again attempting to upgrade their status from administrative assistants.

“Emergency dispatchers are highly trained individuals handling critical situations,” Grogan said. “We literally breathe life into people by what we do.”

At issue is the Standard Occupational Classification (SOC), which puts emergency dispatchers in the same category as “Office and Administrative Support Occupations.” The SOC update is preceded by a four-year review. Despite strong support from public safety, the 2018 release did not change the clerical designation to the Protective Service Occupations category of law enforcement, firefighting, and lifesaving (paramedics). The next update is 2028.

A decade was too long of a wait for many in the 911 community. The classification fails to give emergency dispatchers recognition for a job with responsibilities that has grown exponentially over the past decades and skimps on benefits comparable to the Protective Service Occupations. Federal denial generated state and local efforts to show support and increase chances in the next SOC update.

Grogan said the campaign is “going full steam” in picking up state and local momentum, with impetus fueled by the congressional stall in approving the 911 Supporting Accurate Views of Emergency Services (SAVES) Act.

The bipartisan bill, introduced by Rep. Norma Torres, California (USA), and Rep. Brian Fitzpatrick, Pennsylvania (USA), in March 2019, reclassified 911 dispatcher jobs as “Protective Service Occupations.” In July 2019, the 911 SAVES Act was among numerous amendments included in the National Defense Authorization Act (NDAA). Despite passing the House, the final version of NDAA had dropped the reclassification provisions. No other action on the bill has been taken.

Eric Dau, Communications Director, Clinton County Communication Center, Clinton, Iowa (USA), credits a joint effort by the Iowa Chapters of APCO and the National Emergency Number Association (NENA) going before the Iowa Legislature to campaign for the change. Dau is on the national executive board of APCO, an organization active in the reclassification campaign.

There are bills in Iowa’s House and Senate that require consolidation into one bill before by House and Senate vote to move to the governor's desk. If approved, the bill changes the language of Iowa’s Public Law (Chapter 80) without financial impact to the state or taxpayer. The minimal state impact gives Dau hope for the bill’s passage.

A bill changing the occupational status of public safety dispatchers is on the road in California to get signed into law. Assembly Bill 1945, authored by Assemblyman Rudy Salas (Bakersfield), was placed in the Governmental Organization and the Public Employment and Retirement Committee in February.

“I reached out to our county administration and the sheriff and asked, ‘Why not us?’" Loeb said. “It really doesn't change much for our staff—maybe gives us access to some PTSD and mental health resources and trainings that are specific to 'first responders.’ From a director and user agency perspective, I'm hoping it'll be a short-term boost to morale and a long-term benefit in being recognized for their contributions to the citizens and fellow first responders.”

On Nov. 5, 2019, the Mineral County Commission, West Virginia (USA), passed a resolution to reclassify 911 dispatchers as first responders. The proclamation is honorary and part of a larger picture that could grant emergency dispatchers the same status as firefighters, police officers, and emergency medical services field response.

“People in the field think they [emergency dispatchers] push buttons,” said Luke McKenzie, Director, Office of Emergency Management, Mineral County 911. “It’s so much more complicated than that. They go through trauma every day, things that most never dream about. They save lives. They work weekends and holidays. Their job is very different from clerical work.”

West Virginia House Bill 4123, clarifying that 911 telecommunication workers are included in the definition of those individuals who perform "emergency services" during a disaster, has passed through the House and Senate and is awaiting a signature from Governor Jim Justice (Passed March 7, 2020; in effect ninety days from passage).

While AB 1945 is already gaining bipartisan support with no known opposition, problems may arise with the bill during the committee meetings and votes in the coming months.

States going against the federal definition is why Billy Campbell, a former Texas police officer, tried to stop similar legislation from passing in Texas.

“I’ve never claimed dispatchers don’t deserve this,” Campbell said “But states need to be smart about how they do this. If California passes it, it may catch the eye of the federal government, and it [the federal government’s intervention] may knock it down for everyone.”1

Another issue is the notion that reclassification is in pursuit of collective bargaining rights in the negotiation of wages and other conditions of employment. As the APCO statement of support indicates, the word collective—if used at all—applies in a broader sense to a reclassification “uniformly endorsed by the 911 community” and the “bicameral [two chambers] and bipartisan support from Congress.”2 Reclassification is a collective effort.

Grogan said funding is an issue.

“The more you recognize us as first responders, the more you have to pay us as such,” he said.

There’s also a state’s desire for autonomy and not wanting to be told on the federal level what to do about pay, hours, training, and operations.

Grogan said changing the classification will take time. He’s “happy” with progress so far and the support they’re receiving from the National 911 Program, NENA, APCO, and people in public safety who are gaining a better understanding of emergency dispatching because of what they’re doing.

He said the bigger drive, overriding benefits and higher pay, is the respect they’d gain in a category equivalent to their partners in response.

“We truly want to show the amazing job done by the amazing people saving lives every day,” Grogan said. “It’s time we got our due.”

The National Highway Traffic Safety Administration (NHTSA) National 911 Program is every bit behind the reclassification; however, as a federal agency the national office cannot lobby Congress or request funding.

During a public safety status webinar sponsored by the National 911 Program on March 10, 2020, speakers provided background information (such as how the Standard Occupational Classification works) and tools for a call to action.

Kate Elkins, National 911 Program EMS Specialist, briefly explained why their office is behind the push for reclassification, stating the profession’s evolution over the past several decades. She believes Next Generation 911 (NG911) will make an emergency dispatcher’s role in EMS even more critical and demanding. The task ahead, she said, was the job’s description. Her office’s study into descriptions used by local, regional, and state agencies and governmental bodies overseeing emergency dispatch showed that many descriptions were “older than the employees filling them [the jobs].”

For example, the job description should include alignment with current Emergency Operations Center (EOC) procedures, licensing, certifications, and training requirements. It also helps to outline the soft skills required, such as critical thinking and decision-making.

“When was the last time you updated your job description?” Elkins asked. “An out-of-date description doesn’t help.”

Dan Henry, Director of Governmental Affairs for NENA, described legislative and regulatory strategies and advocated a combination of following the leads of states and localities already making headway, sharing information, and tenacity.

“You don’t have to reinvent the wheel,” he said. “Taking those first few baby steps from the lead of others can be used as stepping-stones to broaden the classification.”

As Nix explained, funding comes from 911 fees, the $1.50 surcharge customers pay on their monthly phone bills. A state law, effective Jan. 1, 2020, directed phone companies to send the surcharge collected to the Georgia Department of Revenue, rather than the companies sending fees directly to 911 centers. The law also requires a report outlining how much money each 911 center is supposed to get. In September 2019, GEMA/HS and GECA were awarded a federal grant of $3,994,283 to aid in the transition to NG911 services throughout the state. The money funds implementation and training.

Few would disagree with Nix’s belief that emergency communications provides the backbone to response. It was a matter, he said, of achieving buy-in, and he personally visited 60 directors at Georgia’s 911 centers to garner support for his goals.

“No effort is ever mutually exclusive,” he said.

The National 911 Program collaborated with 911 stakeholders to create resources to support this effort. They are available at 911.gov/project_telecommunicatorjobreclassification.html and include:

Dau said the “key” to reclassification is finding support in your state legislature to champion the bill and push it forward. For example, Iowa’s 49th District State Sen. Chris Cournoyer released a statement in support of the House bill, which, in part, states: Emergency telecommunicators often talk to callers on the worst day of their life and must use a caller’s eyes to gather information to ensure the proper response and vital instructions are provided. The job of emergency telecommunicators is constantly evolving with technology. Many communications centers also monitor traffic cameras and cameras in public buildings, including schools. Iowa Emergency telecommunicators are the first, first responder."

Loeb measures their success in the county’s response, and it has been great, he said.

“The reaction has been tremendous,” he said. “Our proclamation shows what we do, and it’s finally coming to the forefront. I’ve not heard one negative comment from anyone. Everyone’s supportive.”

The same reaction was heard in Mineral County.

“Everybody was really excited,” McKenzie said. “I told them it was all part of a larger picture. The commission appreciated them enough to give them the recognition, reassuring them that they are indeed saving lives.”

The Office of Management and Budget (OMB) coordinates the SOC, a statistical standard used by federal agencies to classify workers into occupational categories for collecting, calculating, or disseminating data. The SOC identifies 911 professionals as “Police, Fire, and Ambulance Dispatchers” under the classification of “Office and Administrative Support Occupations.”

For the 2018 update, the OMB approved a title change to “Public Safety Telecommunicators,” as shown in the following:

The OMB denied the request to move the profession to the same classification as police and firefighters (Protective Service Occupations). According to their denial:

The work performed is that of a dispatcher, not a first responder. Most dispatchers are precluded from administering actual care, talking someone through procedures, or providing advice. Moving the occupation to the Protective Services major group is not appropriate and separating them from the other dispatchers would be confusing. Also, dispatchers are often located in a separate area from first responders and have a different supervisory chain.5