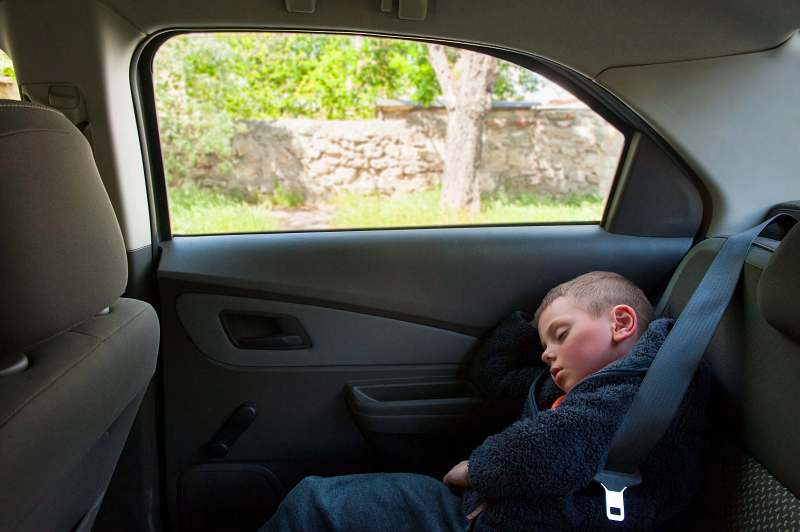 Have you ever pulled into the grocery store parking lot on a hot day and noticed a small child alone in the car next to you? The car isn’t running and when you look through the window, the child looks flushed. Or maybe there’s a dog in the car, the windows are up, the car is turned off, and it’s 100 degrees. The owner of the car isn’t around, and you’re worried about the child or the dog’s safety. So you pull out your cell phone and call 911. But now you’re on the other side of the call—the side where you can be the one to offer help. When you answer a call like this, you go through the Key Questions including “Okay, tell me exactly what happened?” and select Protocol 53: Service Call. You’re probably familiar with Protocol 53. According to the IAED™ Data Center, 107,127 cases were handled using this protocol in the past three years (Jan. 6, 2019–Jan. 5, 2022), with 49,824 of those cases handled between Jan. 6, 2021, and Jan. 5, 2022. Protocol 53 is the second- most-used Fire Protocol, according to the IAED Data Center.

Let’s make sure we’re on the same page about the types of incidents handled on this protocol. SERVICE CALL is defined in the Fire Priority Dispatch System™ as “Providing a service to citizens in incidents that may not be an emergency, but, due to unusual circumstance, cannot be resolved without intervention and, if left unattended, may become an emergency.” In ProQA®, a drop-down menu appears for the Key Question “What type of assistance do you need?” The list includes LARGE animal rescue, SMALL animal rescue, SERVICE CALL (multiple units), Urgent SERVICE CALL (a through j), SERVICE CALL (r through z), Locked in building, Locked out of the building, Locked in the vehicle (person), Locked in the vehicle (animal), Locked out of the vehicle (unoccupied), Welfare check, Lift assist, Water problem, Downed trees and objects, Hydrant problem, Sewer problem, Water main break, Flooded/Water in the roadway, Other OUTSIDE RESOURCE complaints, Other SERVICE CALL, and Unknown. Service call examples you might not often consider include a caller who thinks they might have carbon monoxide in their home but isn’t sick or injured and isn’t requesting an ambulance but wants it checked out. Or it could be the caller who hung clothing from the sprinkler head in their hotel room, setting off the sprinkler and causing water damage in their room and possibly other areas of the hotel.

Because it’s not possible to list every type of service call that might come into your agency, there are three areas in Protocol 53 for agencies to define: SERVICE CALL (Multiple Units), Urgent SERVICE CALL, and SERVICE CALL.

“Protocol 53 is the most locally configurable protocol that we have,” said Mike Thompson, Fire Protocol, Academics, and Standards Expert with the IAED’s Academics, Research, and Standards Division. “Agencies sometimes don’t use this Protocol to the fullest extent possible. Think about what types of service calls your agency handles that aren’t listed already on this Protocol or are not covered by another protocol and create your own response matrix for those call types.” As you continue to become more familiar with Protocol 53, let’s point out some changes made to version 7.1 in past maintenance releases that reflect continued protocol evolution. the Fire Protocol. A caller phoned 911 after seeing someone in the rear passenger seat of a running vehicle in a parking lot on a hot day. It turns out the person was OK. Responders didn’t need to force their way into the vehicle to help the person. “You tend to make the assumption upfront based on what you normally hear about these types of cases that this person might be in dire straits,” Thompson said. “But incidents are not all created equal. They are not all life-threatening incidents.”

But when an incident is potentially life-threatening, time is critical. The send point on Protocol 53 has been moved to a much earlier point rather than sometimes being at the end of Key Questions. A comment box was also added for animal locked-in vehicle incidents to collect additional information from the caller when the answer is yes to the question, “Does the animal appear to be in distress (sick or injured)?”

“We want the info from ProQA to CAD to always be more exact, more specific, and not simply a ‘yes’ or a ‘no’ answer so the responders know exactly what is going on,” Thompson said. The level of response does not change based on the number of people or animals locked in a vehicle. These have often been single-person (or animal) events,  but if that is not the case, the agency can add more resources as needed.

In the works for lift-assist calls are patient weight categories and thresholds, which will help determine the level of response needed. These weight categories will be further defined in subsequent versions of Protocol 53 and will help EFDs identify when special bariatric equipment may be needed. Lift-assist calls can cover incidents such as a patient falling while moving from a person locked in a vehicle.

One substantial change is rather than asking “Is anyone sick or injured” for a person locked in a vehicle incident in version 7.0, the question has now been changed in version 7.1 to “Does the person appear to be in distress (sick or injured)?” “The reason behind the change is because the caller is often separated from the person by a rolled-up window, so their assessment is purely visual,” Thompson said. “The ‘appear in distress’ description is visual, and most people seem to understand what ‘in distress’ means.” This change, coupled with the addition of comment boxes to record information provided by the caller when the answer is yes, helps responders by providing them with more information before they arrive, which helps them decide how to handle a situation once on scene. After all, a caller’s yes or no answer by itself doesn’t always tell you what you need to know. When the answer is no, the EFD will ask further questions to determine if the situation is acute. Thompson said the following example was one of several cases that helped shape locked in vehicle incidents where someone appears to be in distress, questions not entirely pertinent to the situation have also been eliminated to make the process quicker. While there aren’t any DELTA codes for Protocol 53, someone who appears to be in distress and is in a vehicle that isn’t running will receive an early-in-the-sequence 53-B-1 code, which is typically a single-company red-lights-and-siren response. Thompson said this level of response has been proven to be very statistically adequate for this type of call.

Animal locked in a vehicle

During the past three to five years, an increased focus on animal welfare has become more apparent in the United States and internationally, which has affected the Fire Protocol. Animals locked in vehicles have now been separated from people locked in vehicles so data can be collected as to the frequency of these incidents. “Data always drives further evolution in the protocol,” Thompson said. “That might prompt a change in how we ask questions or even change the hierarchy of the Determinant Codes.” a wheelchair to the couch or from the shower back to a wheelchair or a person slipping off the toilet and getting wedged between the toilet and the wall.

“Sometimes the person is not really injured but needs assistance moving from one place to another or getting up off the floor or out of a difficult position they may have gotten into,” Thompson said. “In many cases, the caretaker isn’t in a position to help. The fire department response can not only assist the person but also assess if further intervention or care is needed.”

We’ve touched on a few of the changes made to past maintenance releases of version 7.1 of the Fire Protocol. As you continue to familiarize yourself with these changes, make it a priority for your agency to define the locally configurable areas of Protocol 53. Taking the time to do so can help EFDs know how to handle a service call incident not already listed on Protocol 53. Being prepared to handle any type of service call is the best way to provide your callers with a high level of customer service.