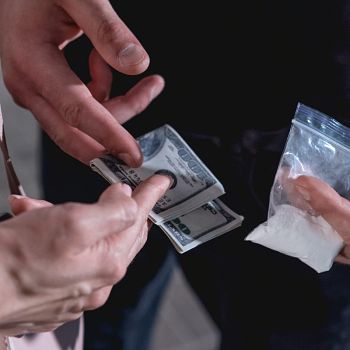 Heroin. PCP. Cocaine. LSD. Methamphetamine. Illicitly manufactured fentanyl (IMF). Illegal drugs might not be easy to spot for those who are unfamiliar with them, but just because you don't see them doesn't mean they aren't there. Illegal drugs have infiltrated neighborhoods and schools—in all socioeconomic backgrounds.

Statistics in the United States show a snapshot of illicit drug use. In 2019, more than 36,000 people died from overdoses involving synthetic opioids, including IMF.1 In 2019, 2 million Americans 12 years old and older reported using methamphetamine in the previous year. Illicit drug use in a single month for persons aged 12 and older in the U.S. was 11.7% in 2018.2

But illicit drug use isn’t a problem solely for the United States. According to the Australian Institute of Health and Welfare, the 2019 National Drug Strategy Household Survey reported an estimated 9 million people aged 14 and older had illicitly used a drug during their lifetime (including the non-medical use of pharmaceuticals), while an estimated 3.4 million people reported using an illicit drug in the past year.3

Some surveys about the drug situation in the United Kingdom in 2019 show the prevalence of drug use in the past year was 12% in Scotland, 9.4% in England and Wales, and 5.9% in Northern Ireland.4

In the Police Priority Dispatch System™, Protocol 116 covers the use or possession of drugs, drug sales, drug labs, the cultivation and/or manufacturing of drugs, and found drugs or paraphernalia. Drug Offenses include DRUG LAB, illegal possession of drugs, inhaling of substances (such as glue, hairspray, paint products, cleaners, solvents), unlawful cultivation/manufacture, and unlawful use of marijuana.

Important things to keep in mind when using Protocol 116: Drugs include the definition for DRUG LAB, which is “A location used in the illicit production of controlled substances.” Axiom 3 provides more information regarding clandestine laboratories: “Illicit operations consisting of chemicals and equipment necessary to manufacture controlled substances. Laboratories can be found anywhere, and they are often associated with odors of cat urine or ammonia. Clandestine laboratories or premises present dangers of exposure for responders and may be booby-trapped.”

Axiom 1 reminds EPDs that drug paraphernalia may consist of needles, syringes, homemade pipes, bongs, baggies, or glassine bags. Axiom 2 stresses why information boxes are available to record additional information during Key Questioning: “The ultimate goal is to identify and arrest the source of the illegal drug. The best way to accomplish this goal may be to obtain the information for the Narcotics Section, which allows detectives to follow through with an undercover investigation.” 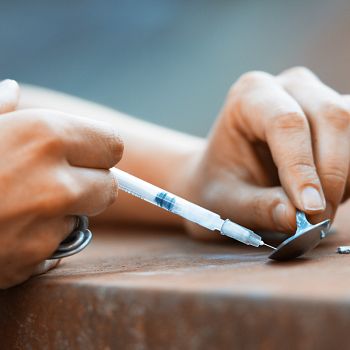 The call comes in from a neighbor reporting an unusual amount of activity at the apartment next door. There is high foot traffic, and it appears that the majority of people only stay for 10 minutes or less. The caller overheard a loud discussion through his neighbor’s open door a few minutes ago. Someone asked for crack, and when the caller looked through the door’s peephole, he observed several people walking out the door with small baggies in hand.

The EPD chooses Protocol 116: Drugs and selects Sale. When asked if he is at that location now, the caller answers “Yes.” The EPD can select from 2nd party, Victim, and Suspect when choosing caller party. The EPD can record what types of drugs/paraphernalia are involved—if the caller knows. The EPD then asks if there are weapons involved, and the caller says he doesn’t know. Taking into account that the incident just occurred, the EPD sends out a 116-D-2 and continues questioning the caller. Scene safety information has been passed to responders who are now en route.

The caller saw the next-door neighbor close his door after his visitors left, so the EPD will choose On Scene. Other choices include Still in area, Left/Leaving area, Circulating the area, Detained, Unknown location, or Suspect is not known. The EPD gathers the person’s description and selects N/A — Suspect lives at location when the Key Questions asks, “How did s/he arrive?”

However, if the caller is unable to get away safely, the EPD has access to the Caller in Danger Post-Dispatch Instructions to provide as appropriate. The Scene safety information has been passed to responders who are now en route. The caller saw the next-door neighbor close his door after his visitors left, so the EPD will choose On Scene. Other choices include Still in area, Left/Leaving area, Circulating the area, Detained, Unknown location, or Suspect is not known. The EPD gathers the person’s description and selects N/A — Suspect lives at location when the Key Questions asks, “How did s/he arrive?” The EPD then asks if the caller or anyone else is in danger right now. If the EPD asks if the caller can talk freely and if so, gathers the exact location of the caller. If the caller is unable to safely relocate and is unable to speak freely, the EPD asks if he can answer yes-or-no questions. If the answer is no, the EPD asks, “Can you tap on the phone 1 time for yes, 2 times for no?” If the caller taps one time for yes, the EPD returns to Key Questions. If the caller taps twice for no, the EPD says, “Stay on the line with me as long as you can. If you need to leave, take the phone with you. If you can’t take it with you, don’t hang up. Just put the phone down and, if possible, call us back from a safe location.”

For callers who were not in danger, who relocated to safety, or who are able to tap on the phone to answer questions, the EPD returns to Key Question and continues to gather more information about where the drugs or drug paraphernalia are and if anyone needs medical attention.

Practicing scenarios makes it easier to remember how to handle various types of drug- related calls. Remember, your role as the EPD is to collect scene safety information for responders and record information for Narcotics. While some calls handled on Protocol 116: Drugs may feel routine, others may involve callers who are afraid and in danger. Be sure to review the pathway for a caller in danger before you answer another call for Protocol 116: Drugs.