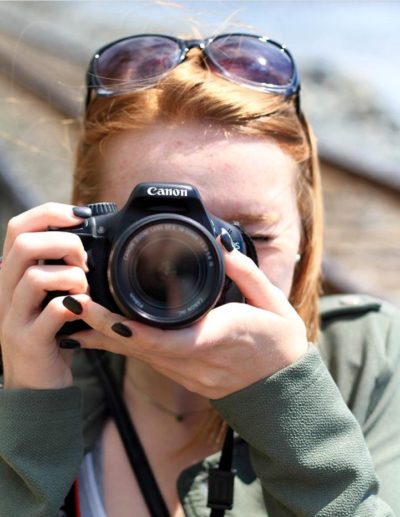 A 911 call Kim Rigden answered 10 years ago, and its consequences, still resonates with the longtime protocol devotee and strengthened the resolve of her future career.

The date was July 11, 2006, and Rigden was answering 911 calls during the morning at the British Columbia Ambulance Service (BCAS), Canada. She was a certified Emergency Medical Dispatcher (EMD), but for the last year she’d usually worked as an ED-Q™ assessing 911 calls. After 11 years as a BCAS paramedic and seven years in dispatch, she figured she was ready for anything coming in over the phones.

This call was different, and Rigden knew it was incredibly serious from the first words the caller, Cynthia Cox, said to her.

“My granddaughter has had an electrical shock,” Cynthia said. “She’s not conscious.”

Cynthia’s granddaughter, 7-year-old Emily Cox, was electrocuted when she stuck a metal file into an open extension cord plugged into a circuit conductor. The bolt of electricity traveled up her right arm, across her heart, and exited out her left armpit. She was in cardiac arrest for 28 minutes.

Cynthia had never administered CPR to anyone. But she had something else bigger than experience in CPR on her side: Cynthia had raised four children, and in an emergency, she could react in a way the situation demanded.

“Everything else fades,” she said. “I can focus on what needs to be done.”

And that’s exactly what Cynthia did for the next eight minutes as Rigden coached her through lifesaving CPR while waiting for response to arrive.

Rigden remembers literally putting her finger on each panel of the Medical Priority Dispatch System™ (MPDS®) cardset to follow the script verbatim.

When paramedics arrived, Cynthia put down the phone and turned her attention to them. Rigden could hear her explaining what had happened to the paramedics, and Rigden disconnected the call, not knowing whether Emily would live or die.

BCAS transported Emily to Peace Arch Hospital in White Rock, B.C., and from there, thanks to McCleod’s foresight, airlifted her by medical helicopter to B.C. Children’s Hospital, a medical facility that specializes in care for the most seriously ill or injured children.

Emily’s mother, Lianne Cox, and father, James Cox, recall everything about the day. Both were at work when called and told about an injured “family member.” James persisted in questioning the caller for more information and was asked to pull over his car en route to the hospital when told the family member was his daughter. Lianne wasn’t sure what to expect.

“I knew it was Emily, but I did not know the severity of her injury,” Lianne said. “It was a very trying 30-minute drive to the hospital.” 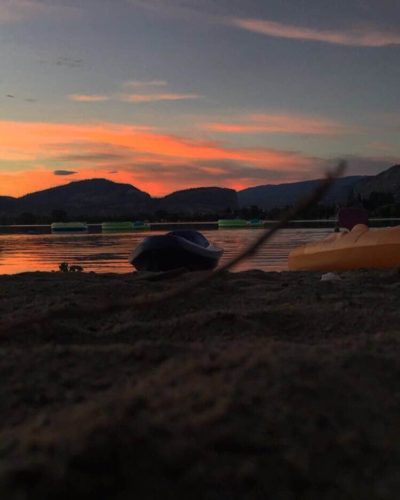 Emily’s heart was restarted twice. She was put in a drug-induced coma for two days. For three days, she stayed in the Intensive Care Unit (ICU), then spent another seven days in the children’s burn ward. Lianne and James spent days never leaving the hospital, stationed at their daughter’s bedside, watching Emily shiver on a chill blanket (used to reduce body temperature and prevent brain injury) for two days and holding their breath, awaiting results of successive brain scans.

“At first, it was wait and see,” James said. “No one knew. After the fact, I heard they thought she wouldn’t make it through the night. It wasn’t until she woke up and recognized things that I was willing to accept that she was going to make it.”

Lianne and James were in the room when Emily opened her eyes on day two to see a familiar figure standing at the edge of her bed.

“Grandma,” Emily said. “What are you doing here?”

By day three, Emily was sitting up in bed and eating a bowl of Jell-O.

Emily doesn’t remember any of the events of the day she was electrocuted, and little from her hospital stay. She doesn’t remember greeting her grandma. She does recall a play date in the afternoon with a friend two days before the accident occurred.

“I know what people have told me,” she said. “My grandpa heard a yelp, and they took me into the bedroom and called 911.”

Emily bears the scar on her left armpit as a reminder of that day and the fragility of life. She likes talking about the accident when asked about the scar, and she likes getting the story out to raise awareness of electrical danger. She’s a senior in high school, and once graduated plans to pursue college degrees in business and photography. Her portfolio of nature photos shares a view few take the time to observe.

“I get down to bug level and take pictures in the grass,” she said. “They give a different perspective of what you look at every day.”

As far as the accident goes, “It’s something that happened,” she said.

Lianne and James said the accident remains fresh in their memory. They still tear up and choke back words when describing the day referred to as Emily’s “second” birthday.

“This made me realize you can’t always hold on to what you love,” Lianne said. “You start looking at life as the way you want it to be, not what you expect it to be.”

James said it’s a reminder of how life depends on the help of others.

“My daughter survived because of a collection of people coming together,” he said. “My mom does CPR with Kim coaching her through it. The ambulance arrives. A helicopter takes her to the B.C. Children’s Hospital. She is still here because of everything happening the way it did.”

Emily and her younger sister, Ashli, live a 15-minute drive from their grandparents, and Cynthia can probably count on one hand the number of weeks either has failed to visit.

“They come on different days once a week so I can give each one all my attention,” she said. “I feel very close to them. They are like an extension of my own children.”

Ten years to the day after the accident, on July 11, 2016, Lianne posted a LinkedIn message to Rigden:

"Hi Kim, thanks to you I have a beautiful and healthy 17-year-old daughter. It was 10 years ago today that you came into my life in a big way. I can never thank the powers that be enough that you were the one who took Cynthia's call that day. Thank you for all you did and know that you will always be in our hearts."

Rigden was thrilled and, at the same time, humbled.

“I can’t even explain how wonderful it was to receive this message,” she said. “The call was a gift, something very stressful but also a privilege to be there and give guidance in saving Emily. What we do matters ... a lot, but I don’t think we realize how much it continues to matter to the people we help.”

Cynthia credits Rigden for preventing what could have been an extraordinary loss.

“It was Kim who saved Emily,” she said. “If Kim hadn’t been there, I couldn’t have done what I needed to do.”

BCAS honored Cynthia in August 2008 for performing CPR that saved a life.