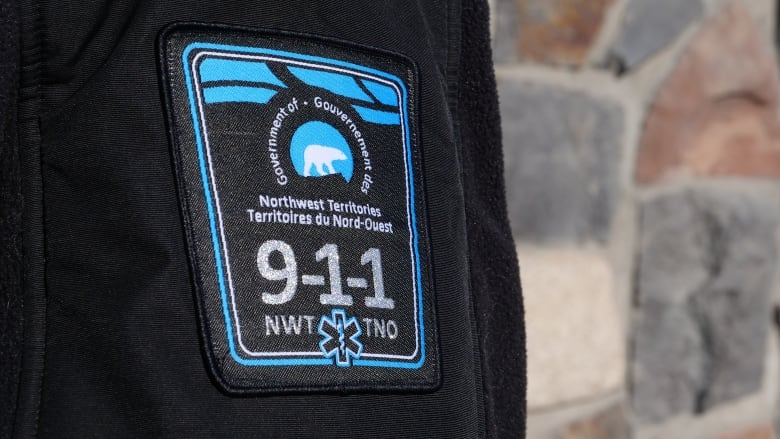 Few out-of-towners rushing to claim luggage or hurrying to ground transportation at airports serving the Northwest Territories (NWT) tended to notice the multiple numbers listed for emergency services. When something did happen that demanded immediate assistance, reaching a recorded message after dialing 911 was undoubtedly disappointing—911 was unavailable.

That all changed on Nov. 4, 2019, when NWT went live with a territory-wide 911 public safety answering point, located in Yellowknife. Callers get a real voice at the other end of 911 and, crucially, access to the Medical Priority Dispatch System™ (MPDS®) and the Fire Priority Dispatch System™ (FPDS®). NWT 9-1-1 dispatchers will ask the caller’s location, callback number, provide Dispatch Life Support, give Post-Dispatch Instructions, and connect to the emergency services already accessible in the community for dispatch. In the case of communities without medical or fire first responders, dispatchers will direct callers to self-rescue and provide Dispatch Life Support, if necessary, while 911 notifies the nearest health center of an incoming patient.

The territory’s telecommunications network supports basic 911. The technology required for Next Generation 911, which includes texting and spatial positioning capabilities, could be available within the next five years.

How did people in NWT’s remote and isolated areas used to cope during an emergency?

“They did what they have always done,” said Ashley Geraghty, Manager, NWT 9-1-1. “They know how to keep themselves alive and well. They have been on their own for centuries.”

Geraghty is the driving force behind the 911 project and is understandably anxious about its reception in areas where self-reliance within a community is second nature. He doesn’t expect people to resist calling for help; it’s more about the act of accepting a new way of doing things.

“Smaller communities aren’t sure how 911 will help them,” Geraghty said. “They think of it as an old-fashioned operator transfer service. Part of the holdup was convincing people what we can do.”

Geraghty, an informatics network specialist by profession, was hired 21 years ago to design the territory’s telemedicine system. At the Health and Social Services Authority, he developed the Med-Response program, which provides air ambulance and practitioner-to-practitioner support. (It receives between 3,600 and 3,800 calls annually.) He has a Master of Arts in Health Administration, is trained as an emergency medical responder, and is a certified fire officer, instructor, and safety officer through the National Fire Protection Association. He has over 10 years’ experience with the city of Yellowknife as a volunteer firefighter.

He transferred to the Department of Municipal and Community Affairs to develop the 911 program. He networked, enlisting the aid of the Department of Health and Social Services, the Department of Justice, and Department of Infrastructure, among others, and together they embarked on the massive project. He looked across Canada for the gold standard of care in 911 centers and selected MPDS for its ability to help people and save lives. He helped draft the NWT 9-1-1 Act & Regulations; devise the 911 program, including staffing, funding, and operational policies; and design the Emergency Communications Centre (ECC) and its technical, security, and operational systems.

“As we say, we built the bridge as we walked on it,” Geraghty said. “We took all our planning and made it reality.”

The ECC is brand new, from top to bottom, side to side. The Med-Response program and the 911 program are co-located and co-supported. This secure workplace can continue to function during frequent and prolonged power and services interruptions. The ECC has a total of seven workstations: four are active positions and three are training and surge positions. The dispatch room is small enough that all positions can hear and see the others. Med-Response has one nurse and one emergency dispatcher on 24/365, plus supervisory staff during business hours. NWT 9-1-1 has one emergency dispatcher on 24/365, plus supervisory staff.

In the months leading up to Nov. 4, the go-live date, basic information was posted on the NWT 9-1-1 website and a public awareness campaign was rolled out when the service was operational.

“We didn’t want to risk any public misunderstanding,” Geraghty said, “having someone call 911 expecting to get help when the service was not yet in place.”

NWT’s smorgasbord of bad weather and topography—thunderstorms, hail, blizzards, ice storms, high winds, and extreme cold—complicates search and rescue. If a road accident or other mishap doesn’t kill you, the cold will. Summers in the north are short and cool, with daytime highs of 14–17 C (57–63 F) and lows of 1–5 C (34–41 F). Winters are long and harsh, with daytime highs around minus 20 C (minus 4 F) and lows around minus 40 C (minus 40 F). Locals pack extensive first aid kits in their vehicles in case they need to hunker down for a few days, or on the off chance they come across stranded, lost, or incapacitated travelers.

Straying outside the borders of a municipality into the bush is risky, even around Yellowknife. “You get turned out five minutes outside the city, and you can walk for weeks without getting anywhere,” said Geraghty, who has multiple personal tales of bears chasing him, nearly fatal airplane incidents, and, of course, the wonder of living in a remote and beautiful part of the world.

But don’t get the impression everybody’s on their own in an emergency. Response is available, with the extent dependent on the area and its community services.

Policing is generally provided territory-wide by the Royal Canadian Mounted Police (RCMP). The RCMP also provides search and rescue, and the Canadian military conducts technical search and rescue out of the Trenton region. A Canadian Forces base in Winnipeg, Manitoba, can dispatch Hercules airplanes (parachute in). Both the Canadian Coast Guard and Auxiliary Coast Guard have a presence along navigated waterways. Four communities, though, have no emergency services of any kind except the Med-Response program.

Many communities are fly-in or only accessible by winter roads built and maintained by the transportation department, linking those towns and giving them temporary access to the outside world. These are some of the same roads featured in the reality television series “Ice Pilots NWT” and “Ice Road Truckers,” although don’t let their bravado fool you. Winter days are dark and cold, services are few on the roads, and nonessential travel on the longer routes is discouraged.

Geraghty is hesitant to draw conclusions about the impact of NWT 9-1-1. Early call volume projections suggest approximately 3,000 calls yearly—but he expects actuals to be at least double this figure. He does believe that NWT 9-1-1 and its pioneering staff will make a major difference in the lives of the people they serve.

“You don’t always see how you impact people, and now we have people ready and trained, knowing they will make a difference,” he said.

I got these numbers from Canada.ca