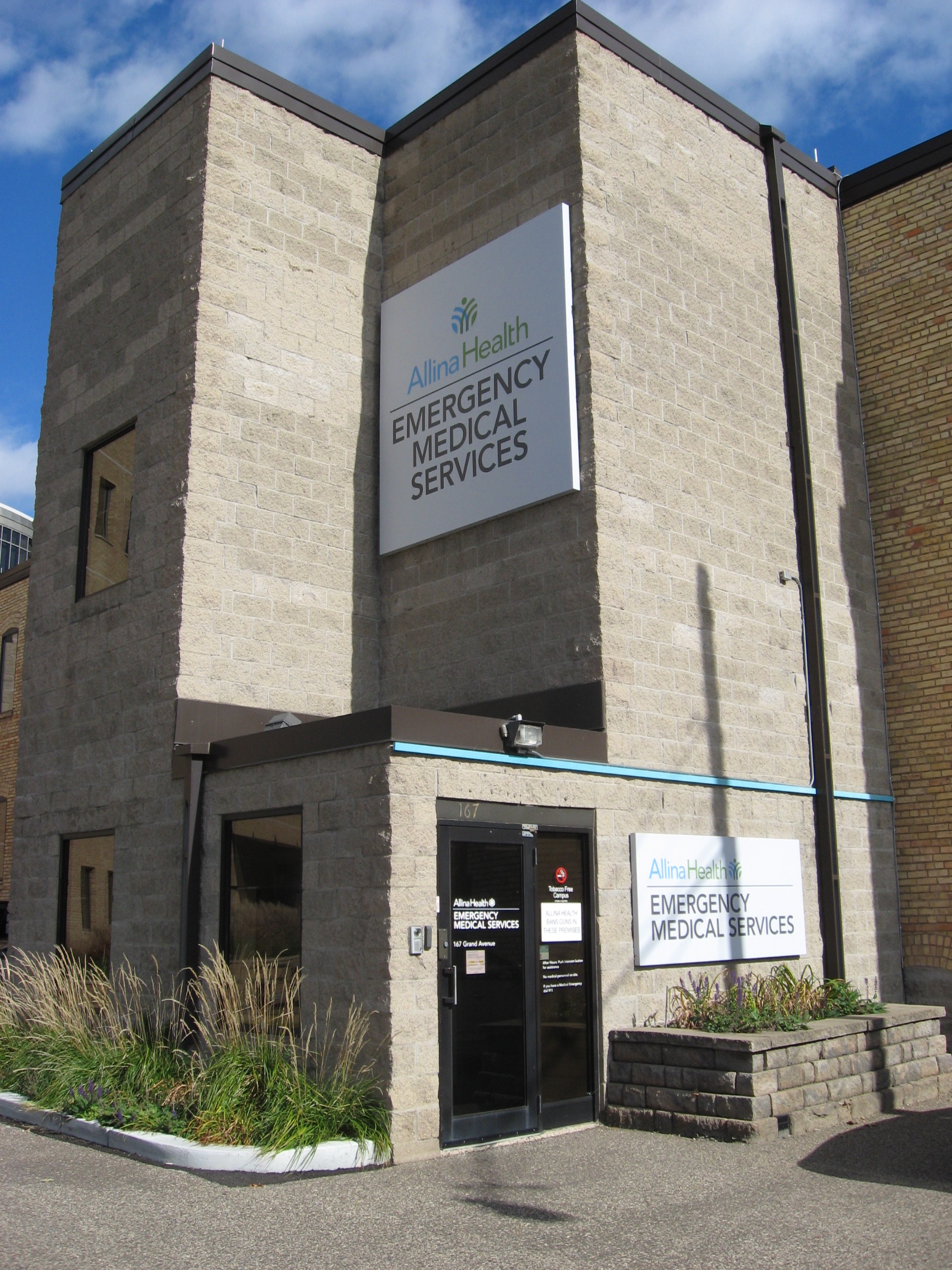 There’s something delightful about landing at the Minnesota International Airport, renting a car, and reaching a destination in the Twin Cities (St. Paul/Minneapolis), USA.

Trees, leafy and needled, line the roads and extend back to border lakes and ponds. The air feels clean, easy to breathe, and carries the scent of fresh water and pine. Come winter, ice rinks set up in backyards complement frozen waterways for hockey practice, undeniably the state’s most popular high school sport.

There’s also something called “Minnesota Nice.” Minnesotans are fiercely loyal to one another and gladly extend a helping hand because it’s the polite thing to do. Neighbors shovel snow from neighbors’ driveways and invite neighbors to skate on their ice rinks. Drivers merge when it’s their turn to merge in a traffic lane, and bicyclists and cars do share the road. They favor polite conversation over anything that might sound the slightest bit overbearing.

Minnesota Nice, however, does have its distinct disadvantages.

Compare Minnesota Nice to the Medical Priority Dispatch System™ (MPDS®) PAIs and the Academy’s compliance standards. What you say exactly is important. Case Entry, Key Questions, and PAIs are precisely scripted and cannot be altered for the sake of cordiality. “Don’t go out of your way on my account, but if it’s no problem, please listen carefully to the following instructions” won’t win performance points for an EMD handling a childbirth and delivery call.

And that’s no exaggeration (after all, Minnesotans don’t exaggerate except when it comes to the walleye that got away). 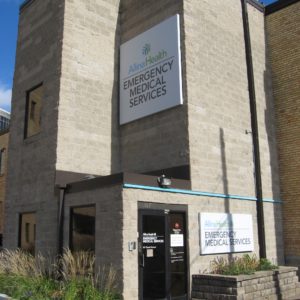 Garrison Keillor’s “A Prairie Home Companion” coined the term "Wobegonics" to explain the language of Minnesota Nice, which includes "no confrontational verbs or statements of strong personal preference."1 Minnesota Nice makes it hard to confront and to be confronted.

Going back to childbirth and delivery, the following EMD to caller exchange in the PAI sequence might not be too far off (adopted from Wobegonics):

Caller: You say I should get some dry towels and blanket to wrap the baby?

EMD: Yes, what kind do you have?

Caller: I got light cotton, I got flannel, I got fleece.

EMD: Sure, any of those would work.

Caller: Which kind do you think the baby would like?

EMD: Oh, use any one of them. I don't think the baby will mind.

Caller: What do you think of the fleece?

Caller: Or would you rather I use the flannel?

EMD: Either one. Whatever's easiest.

“We struggled,” Kaufman said. “I wasn’t always sure we could do it.”

MPDS is not new to the communication center. The center’s management team implemented MPDS in 1992 and built the protocol into the center’s CAD system. Team members asked the questions and provided assistance. Their compliance, however, was short of perfect. In 2003, the center received a makeover (new CADs, 800-megawatt radio system, and ergonomic workstations, to name a few things). Kaufman thought about applying for ACE, but it wasn’t until 2010 that timing seemed entirely right.

“We hired Victoria Peckman, and she told me we should do it,” Kaufman said. “I was willing to give it a try. She would be the driving force.”

Peckman is the Allina Health EMS Technology and Emergency Planning Specialist. She previously worked at Life Link III, an air ambulance company based in Minneapolis, which is accredited by the Commission on Accreditation of Medical Transport Services.

She knew what accreditation could mean to an organization, from ground level to management, through a collective vision supported by policies and procedures.

“They were doing a great job,” she said. “Accreditation would solidify their direction.”

At Allina, individual or team performance was not the prominent obstacle. Rather, the major hurdle was an EMD’s reluctance of sounding bossy or condescending. The EMDs tended to add a more conversational tone. They took pride in their congeniality.

That’s not the way protocols work to gather information and provide over-the-phone assistance until response arrives on scene.

Peckman, however, managed to work the Minnesota Nice to her advantage.

As a native of the state, Peckman is well aware Minnesotans don’t like to draw attention. They are reticent to talk about personal success, and they don’t like making a fuss. They love local sports (Minnesota Twins and Minnesota Wild) and share a Minnesota-style of socializing, particularly around meals. Minnesotans tend to stay in the same towns and jobs surrounded by the people they know and trust; the comm. center staff averaged more than 10 years on the job.

Peckman and others on the leadership team—Communications Manager Angela Fox, Training and QA Specialist Katie Paulson, and Kaufman—started slowly. They did not push; they encouraged. They broke protocol into learning sections: Case Entry, Key Questions, Chief Complaints, PAIs, PDIs, and Determinant Descriptors. Moving from one section to the next required proficiency.

“We wanted to get people into this,” Peckman said. “We kept at it. We looked out for the good of the entire staff because, as we agreed from the start, we didn’t want anyone to lose their job over this.”

They took a few chances. They announced posting high compliance call congratulatory signs on EMD lockers. During early PAI compliance struggles, they snubbed the signs. No one wants to stand out. Once the first sign went up, however, the field was wide open. It was OK to stand out if everybody else did.

The winner of the monthly high compliance drawing could pick from a list of prizes, with lunch out with the leadership team taking top choice. They established a goal line and slam dunk performance games. A three-minute motivational video recognized the hard work of EMDs, and EMS officials from outside the comm. center pitched in. The EMS Medical Director discussed a more aggressive start to CPR, reminding EMDs that they couldn’t hurt people by starting CPR.

“They were doing this for the patient,” Kaufman said. “They turned the corner. They got on board to do their part.”

The Allina Health EMS communication center was officially accredited on April 9, 2015, in enough time to attend NAVIGATOR 2015. EMD James Domeier, a Specialist First Class with the Minnesota Army National Guard, was recognized as the IAED™ Dispatcher of the Year.

“We did not lose a single person through the entire process,” Kaufman said.

The EMDs now go to leadership for assistance. Paulson keeps an open-door policy.

“She’s the epitome of Minnesota Nice,” Kaufman said. “No one ever leaves her office feeling bad.”

The communication center is in a former livery stable that is across the street from the original company, Martin Auto Livery Service, started in 1920. Over the past 97 years, the former hearse and ambulance provider has merged with a competitor once, changed hands three times, and added hospitals and clinics to its service package. Allina Health, as it is now known, has 30,000 employees covering a 1,600-square-mile service area (120 communities), with a resident base of about 1 million people. The health care system manages 111 vehicles, 13 hospitals, more than 100 clinics, and 13 pharmacies.

The communication center directs ambulances and other support vehicles to the scene and coordinates interfacility ambulance transport for highly acute and neonatal transfers. The 32 full-time calltakers/dispatchers handle 100 interfacility and 300 911 medical calls a day, and about 60 percent of the medical calls require PAIs.