Never Left Out In The Cold

There’s so much more to Fairbanks, Alaska (USA), than snow, cold, grizzly bears, and driving trucks on the Alaska Haul Road.

While Alaskans pride themselves on individualism, everyday life for most people in the state isn’t much different than the routines of people in the lower 48. They eat. They work. They sleep. They tromp around in the great outdoors. They call 911 in an emergency. The city centrally located in Alaska’s interior has a lot going on for locals and an international reputation that draws world travelers to the remote wilderness, northern lights, and city lights.

Opportunities to hunt, fish, hike, climb, and catch the aurora borealis light show almost go without saying. Mountain ranges, forests, rivers and lakes, and abundant wildlife are literally a step outside of an urban back door. The city is north of Denali National Park and Preserve and south of the arctic circle. During the Aurora Season (August 21 to April 21), Fairbanks is Alaska’s prime northern lights viewing arena. Like it or not, penguins are not on the list of wildlife for viewing. Penguins live at the south pole, not the north pole. The Santa Claus connection is a 10-minute drive from Fairbanks in the town everyone with an inkling of the Christmas spirit knows by name. The original Santa’s house was built at the north pole in 1949 and although relocated to make room for highway construction, the jolly old man with his white beard and hair continues filling the hopes of children everywhere.

And if you consider that short of an emergency, there are situations that do separate Alaskan 911 emergency dispatchers from those in the lower 48. For example, how about finding a dogsled team to assist a musher experiencing sudden cardiac arrest, but the caller doesn’t have clear directions to where they are? The caller remembered seeing huskies and horses along the trail, which was enough information for emergency dispatchers to identify their location and send response.

Or, how about assisting crews working in 25 mph winds to locate an overturned vehicle deep in soft drifting snow on a riverbank and, subsequently, rescuing the upside-down caller stuck in a seatbelt? The rare moose attack demonstrates the speed of an easily 1,000-pound animal on land and water, and a blizzard despite a sunny start to see Santa easily disorients drivers. Hot springs can literally take the breath away from bathers.

Preparation is their key to another’s survival.

“We train in all the protocols,” McSweeney said. “You never know what will happen next in 911, and our dispatchers are good at what they do. Protocols make their job so much easier and safer for everyone involved.”

Emergency dispatchers—and there are two on duty at any given time—give over-the-phone PAIs with the caveat that far-removed locations often prolong their connection. It’s not uncommon for CPR PAIs to last 60 minutes or more. A deep independent streak notable to Alaskans also makes it more likely for them to hold off calling for assistance. That’s where the remotely working volunteer EMS/fire crews are vital during an emergency. “We page them, give an address, and they’re quick to answer and respond,” McSweeney said. “They know the road systems, the addresses, and the homes.” 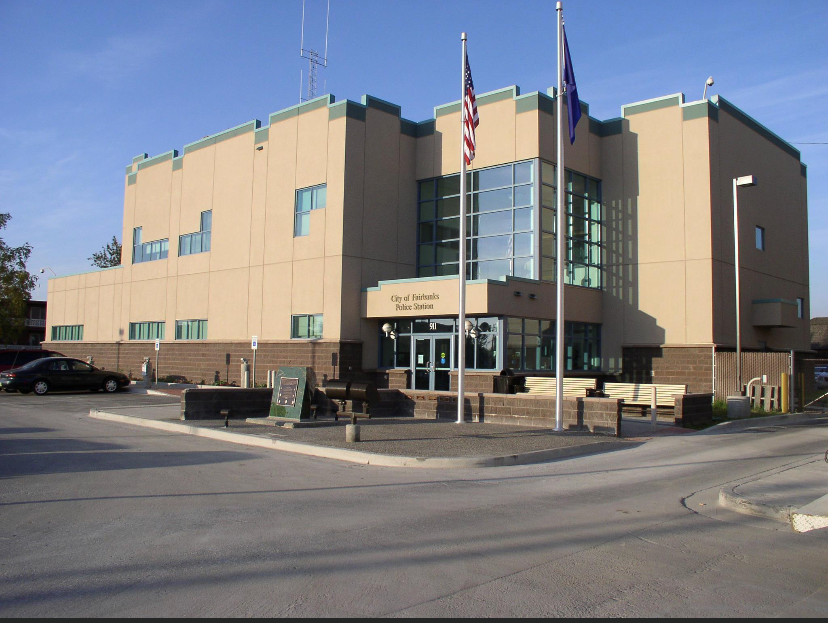 The Wisconsin (USA) native and Alaska resident for the past 13 years was used to the sun not always making its way up, blackout curtains during the summer to enable sleep, and the occasional moose traversing city limits. Once the kids were grown, the former stay-at-home mom wanted a challenge, a career path, and a profession directly related to helping people. She found it in 911 at the independent FECC that shares building space with the Fairbanks Police Department. McSweeney stayed for several years, left for a position at another communication center, but returned to the FECC two years later—in 2021—as QA specialist.

Achieving ACE was a primary goal, she said. “The QA position was created to go for accreditation.”

ACE was a goal that took the FECC 10 years to achieve, and not because of pushback or resistance on anyone’s part. The benchmark required someone’s total commitment, said Dispatch Manager Kristi Merideth. “We could no longer look at ACE as a side job,” she said. “ACE takes a lot of work, and we needed one person dedicated to getting us there.”

McSweeney was the ideal candidate. She was familiar with FECC operations and as enamored with the goal as Merideth. Instead of trying to complete ACE tasks while calltaking, McSweeney devoted her time to achieving ACE. One year later—in August 2022—the FECC achieved dual accreditation. The center is accredited as the world’s 309th Medical ACE and 66th Fire ACE. There are only 31 medical/fire ACEs in the world, and Fairbanks is the first and only ACE in the state of Alaska.

McSweeney is unwavering in maintaining their dual ACE status. They are working toward police accreditation as well. “ACE keeps us on the same page,” she said. “We get the correct information from the caller no matter who’s on the phone.”

ACE is a long jump from when Merideth started at the center in 2003. The FECC had protocol, but it was not mandatory to use, she said. The center dispatched for one fire agency and over the years, as they added more fire agencies, EMS, and law enforcement, perspective shifted from obligatory to an absolute requirement. “We needed the consistency,” Merideth said. “Without medical backgrounds and protocol, we guessed. I’m not a person who likes guessing. I need to know I am doing the right thing for our responders and the public.”

Protocols provided a process through Chief Complaint selection, Key Questions, PAIs, and assignment of the proper Determinant Code. Rather than assigning a numerical code for response under the FECC’s traditional response mode, the Determinant Code in combination with the local Response Assignment confirmed the most appropriate clinical determinant and assigned the most appropriate responses.

ACE clarifies the importance of emergency dispatchers and their commitment to providing the best job they can do, Merideth said. “Everybody knows we have qualified people doing a great job every time they answer the phone. I am very proud of what they do.”

ACE underscores their ability to manage emergencies in the Fairbanks urban, rural, and wilderness settings, McSweeney said, and speaks miles of a profession that is so much more than some might think. “If answering the phone was all it took, a lot more people could do the job. Not everybody can. We’re the first on scene.”

The FECC answers over 3,000 emergency 911 calls for service every month and dispatches for 20 agencies in the Fairbanks North Star Borough, Denali Borough, the Delta Community, and the Nenana Community. This includes two police agencies, 10 fire and EMS agencies, five fire-only agencies, and three EMS-only agencies, as well as the borough Hazmat Team. They also dispatch a community service van.