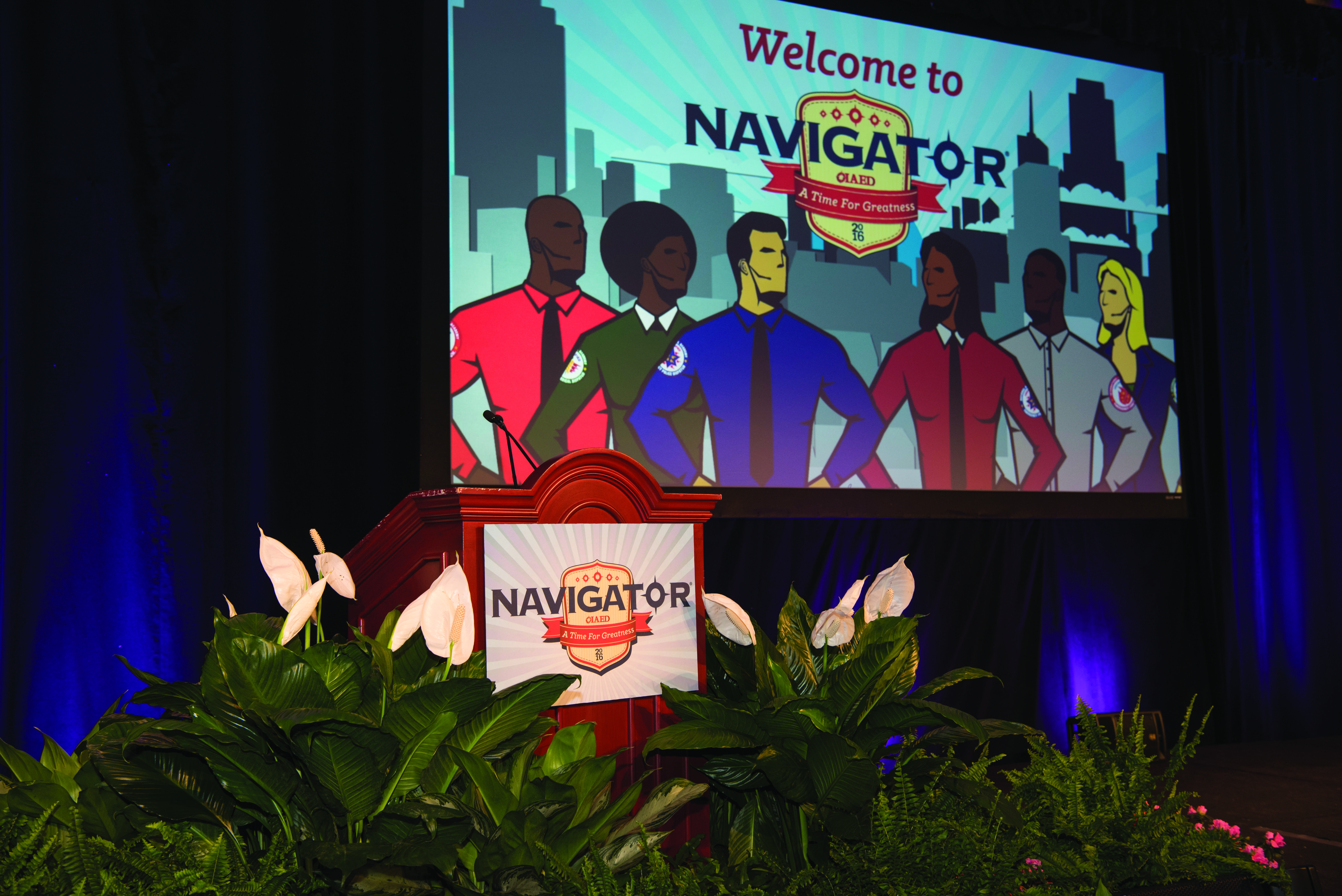 NAVIGATOR keeps on getting better, and that’s the honest, simple truth.

As more and more countries step up to the Academy’s protocol process, NAVIGATOR grows proportionately in scope to accommodate the world.

In one word, protocols and NAVIGATOR are continental, a word that in its usage can apply in both the geographical and cultural appreciation of the Academy’s sensibility.

The emergency dispatch protocols and emergency nurse triage system can be found in six of seven continents, Antarctica is the exception, although the Antarctic Fire Department, a division of Lockheed Martin’s Antarctic Support Contract, does employ primary and alternate dispatchers. Give the Academy time, and we might be there.

Most of the six continents will be represented at NAVIGATOR, scheduled April 12–14 at the Hilton New Orleans Riverside, New Orleans, Louisiana, USA. Seven spin-offs of the original conference, first held in 1988, have since been added in Europe, Australia, and Asia.

No matter the continents hosting, however, NAVIGATOR offers the impeccable venue for learning, discussion, and networking. Keynote speakers, gala parties, vendor exhibits, great food (and plenty of it), field trips to communication centers, and receptions are a big part of the NAVIGATOR fabric, but the focus remains on developing your protocol know-how.

And this year, the Academy is offering a first-ever scholarship to NAVIGATOR for one lucky emergency dispatcher. Stay tuned for more details.

You can feast on sessions providing solutions to workplace drama, shift strategies, problem employees, morale issues, critical incident planning, training, social media, assisting callers with disabilities, and the hot seat of news reporting. Madeline Marks, of the University of California’s Center for Research and Treatment on Response to Extreme Stressors, will present a Leadership session outlining the lessons learned from the Pulse Nightclub shooting.

The Academy welcomes back favorite speakers from past conferences and introduces speakers new to NAVIGATOR. Ricardo Martinez II, of the popular “Within the Trenches” podcast, will make his NAVIGATOR debut as a speaker. He will record an episode of WTTP during NAVIGATOR, interviewing NAVIGATOR award recipients and attendees. He will also be presenting a session on Friday about his dispatch story and how he got into podcasting.

To further show his dedication to emergency communications, Martinez is donating proceeds from his #IAM911 T-shirt sales to sponsor a “Within the Trenches Continuing Education Scholarship” to NAVIGATOR for one lucky emergency dispatcher.

Of course, a show of fun is never far behind at NAVIGATOR. Keynote speakers, gala parties, vendor exhibits, and receptions—as mentioned—are always a big draw.

There is also a cultural appeal that keeps people coming back each year.

Protocols are about simplicity. The Academy develops protocol’s contextual platform for maximum efficiency at communication centers and, essentially, defines emergency dispatch universally. The process saves time and conserves resources. You aren’t flying by the seat of your pants or sending out the “cavalry.”

The cavalry is a description the protocol’s inventor, Dr. Jeff Clawson, is known to use when an agency sends police, fire engines, paramedics, and ambulances with lights and sirens blaring, rather than the response actually required by the incident (e.g., a single ambulance without lights and siren). And, here’s another bit of trivia for the protocol record: New Orleans is the birthplace of protocol. Charity Hospital was where Dr. Clawson, then an emergency room resident, was handed a form of recipe cards the chief resident called a cookbook for handling patient flow.

The rest, as they say, is history.

Ultimately, traveling to NAVIGATOR is much more than visiting a single country over a three- to six-day conference (depending on pre- and post-conference sessions). NAVIGATOR is a hearty continental experience prepared with you in mind.

For more information and to register today, visit https://navigator.emergencydispatch.org/.