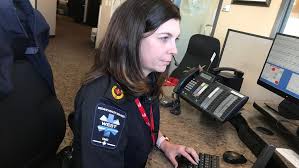 Saskatoon (Saskatchewan, Canada) is a far cry from the tiny settlement with a population of just 100 people when it was founded in 1896.1 Incorporated as a city 10 years later, the city’s population was booming.

And it hasn’t let up since.

Saskatoon’s population was up to 43,000 in 1931 and by 1971, the number had tripled.2 In 2021, the population has reached 282,900 and climbs to over 300,000 when adding in the surrounding communities. The area attracts a younger crowd. The median age is 35 with a national high proportion of millennials. More people are working from home and, no matter what the future holds, they want to be closer to all the amenities that a big city has to offer.

Saskatoon has a lot to offer, which helps explain the youthful affinity and why people stay once setting foot in the center of the Saskatchewan province.

“It’s beautiful,” said Michele Thomas, communications superintendent, Medavie Health Services-West (MHS-West) Medical Communications Coordination Centre-central (MCCC-C). “Our communities are unique. It’s just nice to be part of an area where people care what happens to others in their community.”

But it’s not all sports, culture, adventure, and education in Saskatoon.

As everywhere else in the world, Saskatoon was not immune to the effects of COVID-19. A spike in pre-COVID 911 calls related to overdose took a dip in September 2019 and stayed that way for the next few months. Once COVID-19 gathered steam, the numbers climbed week after week and nearly doubled by May 2020. The pandemic limited access to support, safe places, and naloxone administration. Economic uncertainty, loss of social networks, and mental health stress exacerbated the problem. The pandemic also added extra risk to response.

The EMDs, Thomas said, have been with response every cautionary step of the way, as profiled in CityTV’s Paramedics: Emergency Response. The show, now in its fifth season, follows select teams of paramedics at Saskatoon’s MHS-West as they respond to 911 emergency calls. MCCC’s annual call volume is 33,000 for Saskatoon and almost double that when adding in calls from rural communities.

How do they maintain Accredited Center of Excellence requirements round after round? Thomas said policies and procedures are part of their success but mostly it is because “we’re always doing it right,” she said.

They don’t keep doing it right by standing still.

The changes in protocol and tools added over the years provides them with constant sources of training, along with accommodating their center and profession to the city’s growth. Despite a so-called urban revolution that continues to increase the number of Saskatoon’s city dwellers, nearly one-fourth of the people in their 95,000-square-mile service area live in rural settings. There are times when they board a van and head into the rural areas to meet the people and put a face to what they do.

A Saskatchewan Health Authority Medical First Responder volunteer can be a farmer, a store clerk, an attorney, and, more often than not, the person next door or down the road. All that is required—with a few exceptions such as an age limit of 18 above and licensing—is the willingness to respond day or night to dispatches from medical communication centres in the province. They are self-supporting and rely on local fundraisers rather than national health funding.

Thomas explained that the volunteers are contacted when it might take an ambulance longer to arrive than suitable for a patient in a rural setting. The EMD gets the Determinant Code from the information the caller provides, texts the information to the geographically relevant volunteer group, and stays on the line giving PAIs, as needed, until a volunteer is there to render medical aid.

The volunteers are trained to deliver babies in cars en route to a hospital that announce their arrival sooner than anticipated. They give CPR. They administer naloxone. They are equipped to provide BLS and ALS care, which is particularly vital in rural areas lacking critical care facilities. Many are either active or retired firefighters—from volunteer departments—which personifies their community-minded way of life.

The volunteers are also part of the broader EMS picture. They participate in responses to large-scale incidents, such as the school shooting in January 2016 at La Loche, Saskatchewan (north of Saskatoon), that left four dead, and the Humboldt Broncos bus accident in April 2018 near Armley, Saskatchewan, that killed the driver and 13 passengers.

“The volunteers are proud of their communities,” Thomas said. “They find great purpose in what they’re doing.”

The same goes for the center’s EMDs. Thomas applied on the advice of a friend working at the dispatch center. She wanted something different and 20 years later, she’s still there without any reservation. She does not consider the profession a choice as much as a contribution to the welfare and protection of the people requiring emergency interventions.

“For a lot of people, we’re the forgotten cog in the wheel,” she said. “We’re OK with that. We know the impact we make and the privilege of what we do. Being with someone in their time of crisis is recognition enough.”

MHS-West operates Saskatoon’s ambulance service. They serve the residents of Saskatoon along with the surrounding rural communities. In Saskatchewan, the three EMS dispatch centers are called Medical Communications Coordination Centres—North, Central, and South.