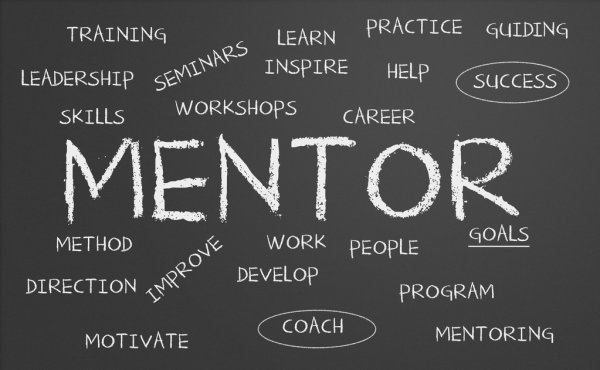 Making It A Good Day

Nothing’s worse than spending your day telling people what they have done wrong.

On the flipside, who can beat a day having conversations that are meaningful and take the awkward out of difficult situations?

The flipside is an approach underlying the mentoring program, an IAED™ initiative that last year went cross-Atlantic from its origins in the U.K. to centers in North America. Although revised to tap into country-specific cultural and motivational nuances, the message is clear on both shores.

Mentoring is participatory for all parties involved and develops a culture of trust and respect in the communication center. It acknowledges the adult learner in everyone. It happens in real time.

"Mentoring is about the approach,” said Kim O’Donnell, Commander, Communications Education and Quality Improvement for Toronto Paramedic Services, Canada. “It’s a way of speaking, interacting, and allowing the person to figure things out, rather than saying what was done wrong.”

In addition to reinforcing adult learning techniques, the feedback approach taught puts the kibosh on the former “praise, criticize, praise” feedback sandwich and replaces it with an “ask, tell, ask” approach.

For example, rather than telling an Emergency Medical Dispatcher (EMD) she flubbed the Chief Complaint and telling the EMD how to do it right the next time, the mentor asks why that particular Chief Complaint was selected. The question provides an opportunity for the EMD to think out loud, discuss the reasoning, and arrive at a decision.

The approach is participatory, conversational, and non-confrontational. It encourages decision-making rather than being told, “This is the way you should have done that” or “This is the way it’s always been done.”

“We’re treating people as adults and as equals in terms of investigating the issue,” O’Donnell said. “Mentoring lays a foundation. Mentoring sharpens the focus and helps everyone succeed.”

Performance is one measure of success in Toronto. After implementing the mentor program, 59 Emergency Medical Dispatchers were recognized for call receiving excellence, a number nearly double from the year before.

Mentoring is not only about protocol, policies, and procedures, and it caters to new and veteran emergency dispatchers by “helping them wade through the ocean of calls received,” said Tiffany Good, ED-Q™, Operations/Training Manager, New Brunswick EMS, Moncton, New Brunswick, Canada.

The “we” are emergency dispatchers skilled not only over the phone but overall in their interactions with others. They are known for high-level customer service over the phone during the worst of times and recognizing ways they can help fellow workers stay on path on the dispatch floor.

“They are people persons,” said Good, who certified as a Mentor Instructor at the same course attended by O’Donnell and Campbell. “They build a confidence.”

A people person is curious about the world and people around them. A people person shows genuine interest in others, doesn’t judge, listens without second-guessing or interrupting, knows how and when to show empathy, and finds ways to relate (understand their position). This confidence—and trust—built through the mentoring relationship extends to walls beyond the communication center. If personal problems boomerang to effect work, the dispatcher can talk about it without the fear the conversation will reach unwanted ears.

The benefits, Good said, work for both the mentor and the person mentored.

Those mentored can ask any question about the job, the center, policies and procedures, and protocol without fear of embarrassment for appearing naïve or uninformed. Mentors teach from an “I’ve been there, done that” perspective to help prevent others from making the same mistakes. They model behavior others naturally look up to and provide insight, observation, and support. Learning takes place on both sides.

“It’s pulling out the inner emergency dispatcher in a way that’s non-threatening,” Good said. “Mentors make it so someone doesn’t feel alone, and they learn new insights from the person they’re mentoring. It’s a team.”