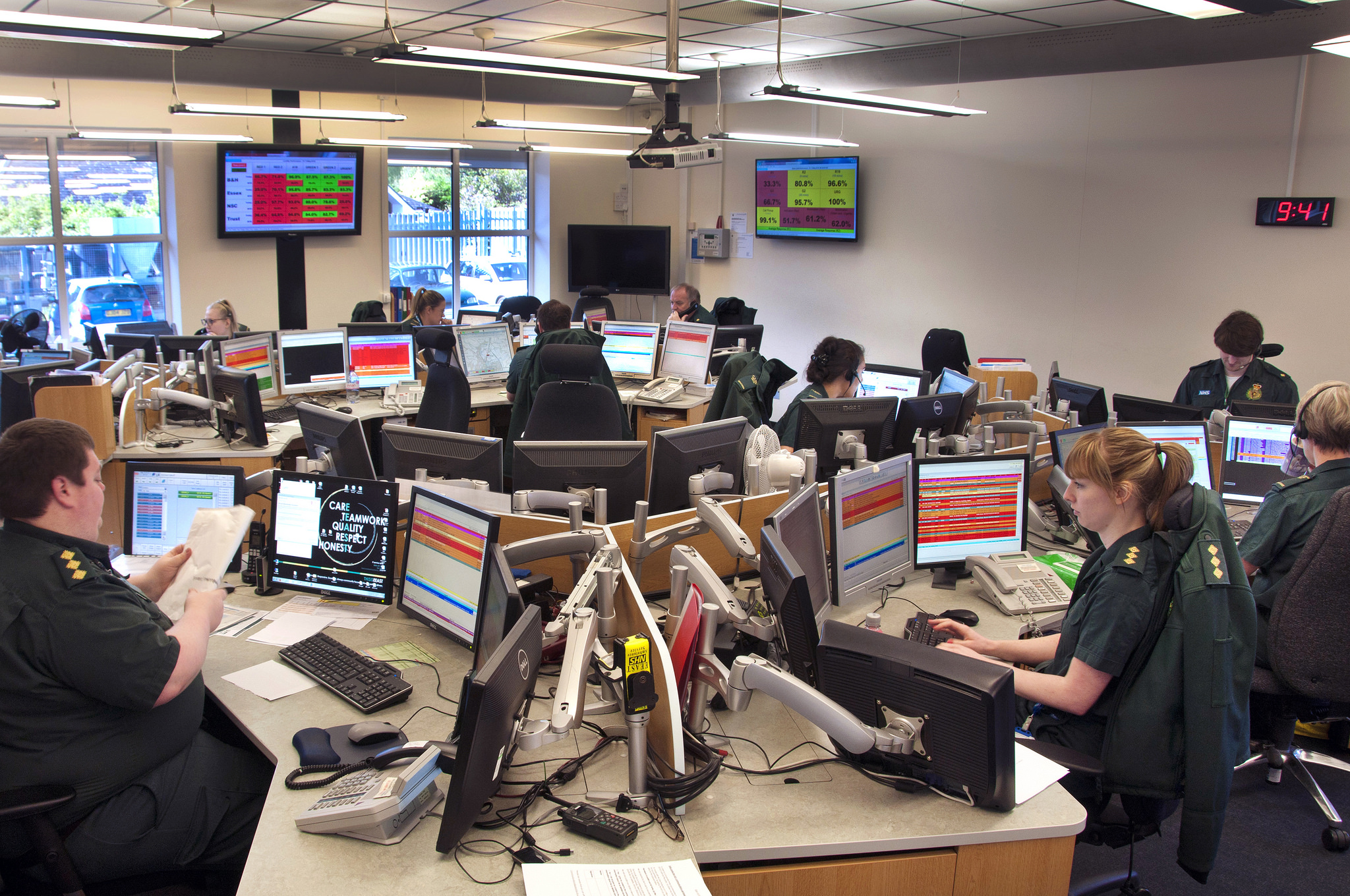 It used to be that doctors made house calls. A child came down with a fever and sore throat, or showed signs of an allergic reaction, and the doctor would drive over, black bag in hand, and make a diagnosis. Sometimes, if the doctor was well-acquainted with the patient’s health history and knew proper course the action, the appropriate medication might be dispersed during the same visit.

Of course, those days are gone, and the increasing costs of health care and a growing dependence on emergency medical services (EMS) are demanding more efficient ways of providing appropriate assistance beginning at the communication center level.

Decreasing expenditures for inpatient care by shifting more attention on outpatient services has been a primary focus in Austria.1 The focus is felt everywhere, and that includes Austrian Emergency Medical Services, particularly in calls involving low-acuity patients. Similar to the United States, many callers report symptoms better suited for levels of care without the ambulance transport.

Ambulance staffing has been a major factor in seeking alternative solutions.

In most parts of Austria, voluntary teams trained in BLS and ALS provide ambulance transport. Prehospital emergency physicians administer treatment beyond ALS. In Lower Austria, one ambulance with a doctor onboard serves each political district.

“In several countryside areas, positions are vacant,” he said.

The situation has led to several reforms.

In 2015, the University of Applied Sciences St. Poelten and 144 Notruf NOE were commissioned to create a program integrating paramedic education and training and the curriculum required for nurses. Graduates hold a bachelor´s degree in nursing and certification in EMT-I, allowing them to work in the hospital and EMS.

In 2015, 144 Notruf NOE—longtime users of the Medical Priority Dispatch System™ (MPDS®) and the first ACE in Eastern Europe—launched a two-year process of selecting a system that extended the range of services offered at the time of the call.

The process took more than two years. Requests for bids were circulated followed by two rounds of negotiations. Two representatives from each of six political districts in Austria were appointed to make a selection. Since ECNS was among the successful bidders, Nortruf NOE broke ties to Priority Dispatch Corp.™ (PDC™).

“Before the sale, you do not talk to anyone involved,” Chwojka said. “If you do, that company is no longer part of negotiations.”

In July 2016, the decision went to ECNS. The process moved to “Austrification,” Chwojka said. ECNS was translated into German, Emergency Communication Nurses (ECNs) were recruited, and training manuals and courses were developed. Notruf NOE defined the workflow and IT user interfaces. EMDs and ECNs practiced, and calls revealing conspicuous issues were documented for further review.

The telephone and web-based first-contact and consulting service (TEWEB), as it is called, started with a trial operation in April 2017. TEWEB relies on two numbers: 144 and the newly established 1450 number dedicated to ECNS. A call to 144 can result in dispatch of an ambulance for an acute issue or, for less urgent conditions, the EMD can transfer to the call to the ECN.

In the pilot phase, the 1450 number is only available in Lower Austria, Vorarlberg, and Vienna.

A call to 1450 goes directly to the ECN, who asks the universally standard ECNS scripted questions to arrive at the optimal care solution. If the situation develops into an acute medical problem, an ambulance is dispatched immediately.

The telephone health service number 1450 does not replace 144, Chwojka explained.

Information distributed over the Internet, on radio and television, billboards, and newspapers highlights the rapid assistance callers can anticipate, particularly during times when offices are closed. Advantages outlined to the public emphasize the personnel training and quality assurance that result in the best point of service.

According to an early analysis of the first two weeks in operation2, 600 people had called 1450. The highest distribution occurred on Saturdays at 8 a.m. and again between 5 and 9 p.m. On average, the phone calls lasted a little more than 14 minutes. Medical treatment within the next four hours was a frequent recommendation. Callers reporting acute care falls were advised to seek help as soon as possible. In 37 cases, counseling and instructions on self-help were sufficient.

The new programs are meeting goals to take the burden off inpatient care.

"The networking of the different preclinical services under one roof is a success recipe for our citizens,” Chwojka said. “Because the caller does not have to know which number he needs to dial, the expert on the emergency call or the hotline can offer the best solution."

situated in the heart of the Kalahari Desert, with many areas accessible only by light aircraft and 4x4 terrain vehicles. Okavango Swamp requires a helicopter or fixed-wing aircraft response; incidents in the Okavango Delta also receive air response, which can still take 15–50 minutes to reach a patient, depending on the remoteness of the location.

Goats, sheep, donkeys, and cattle are deadly road hazards, especially at dusk. This is just one factor giving Botswana one of the highest accident rates in the world.

“As we are a national call centre, we have to be aware of the geography, infrastructure, and limitations relevant to the entire area,” said Nellie Namame, MRI Botswana call center manager.

Two nurses and one Emergency Medical Dispatcher (EMD) using ProQA® handle emergency calls to the 992 line during 12-hour shifts at the MRI Botswana Call Centre in the capital city of Gaborone, the largest city in the country with a population of 231,626 in 2011. There is also an in-house medical advisor. The nurses respond to the 130–250 medical calls coming in each month on the medical emergency line using Priority Solutions’™ clinical triage software Lowcode™.

Based on the nature and urgency of the call, the call center activates a rapid response from one of four MRI bases in the country—Gaborone, Palapye, Francistown, and Maun. Emergency first aid at the scene is followed by ambulance transport to the hospital. Typical calls include motor vehicle accidents (MVAs), secondary requests for inter-hospital transfer from smaller rural villages to specialist facilities—sometimes across the border to South Africa—and medical incidents such as chest pain and childbirth. 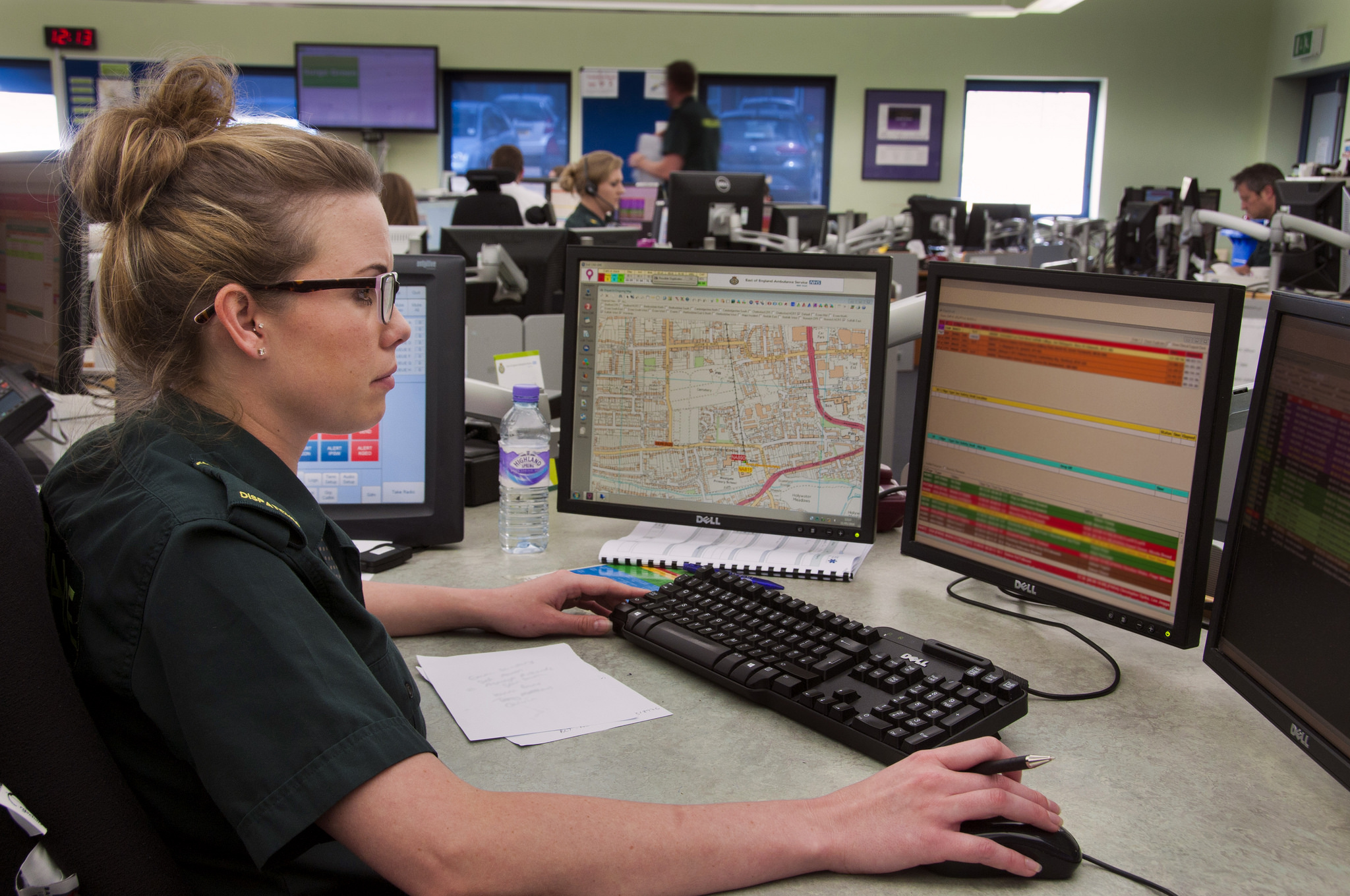 East of England Ambulance Service works hard to promote an understanding of EMS. Or, maybe more accurately, when to call 999 without drawing a whole lot of attention to the emergency service number and, at the same time, encourage alternate choices.

The reason is in the numbers. The three EOCs receive more than 2,700 emergency calls every day, and mass marketing strategies—a strategy familiar in the U.S.—only draws attention to the number and increases the call load.

Instead, staff is known to go out into the public as a more direct approach. For example, Nicholas Jones, Senior EOC Manager, Bedford Emergency Operations Center, East of England Ambulance Service, took to the streets in Cambridge, carrying a toy-sized ambulance and a picture of services available. He randomly selected people and asked them to choose from the picture the type of service appropriate for a stroke patient.

“If people don’t know what to do, they call an ambulance,” Jones said. “We’re trying to convey the message to think sensibly. If you’re not feeling well, would the pharmacist, GP, or our one-call number be better options for you?”

The East of England Ambulance website provides a menu of options and the “when and why” of each. The “It’s your call” link explains how the ambulance service makes the “right call” for patients through assessment and triage beginning in dispatch. Calltakers using MPDS assign a level of response that can range from an emergency ambulance dispatched with blue lights, to further clinical assessment over the phone from a paramedic for patients with minor conditions, to even a referral to their GP, pharmacist, or local walk-in center.

ECNS, through its software LowCode™, delivers the latter part of the package.

The system works through a chain of command, with a clinical coordinator assigning the call to the most appropriate resource. Eighty clinicians rotate shifts, and the 18 available on each shift comprise a host of medical specialties. For example, a call involving a child could be directed to the pediatric nurse on shift at the center. If needs be, alternate transportation is arranged when callers require an immediate clinical visit.

East of England Ambulance switched to LowCode in November 2016, although before that they had been using an earlier version of the algorithm-based software, called PSIAM.

In March, East of England Ambulance piloted a similar program for calls involving issues of mental health. Call handlers gather information, which is passed on to a clinical coordinator. Low-acuity calls are assigned to mental health clinicians within the control room; higher-acuity calls are assigned to an ambulance that includes a mental health specialist onboard. They explore appropriate alternative transport options for low-acuity patients who have been clinically assessed as requiring hospital intervention but not an emergency response.

“All of these, they’ve absolutely helped us,” Jones said. “We’re not sending an ambulance to 10 percent of the calls while making sure patient care is met. We’re assigning resources based on what people need and reserving ambulances for the more critical care.”

ECNS software, LowCode, includes a series of symptom-specific, gender-specific, and age-specific logic codes that emergency care nurses use in non-emergency situations to interpret caller symptoms and direct them to the right resources.