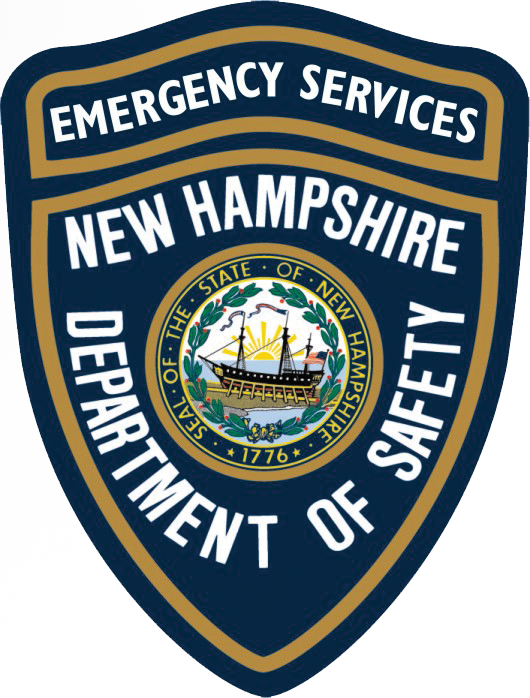 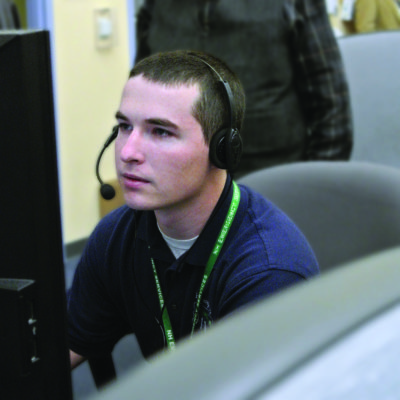 An iPhone cable has more uses than simply plugging it in a socket to recharge a battery. At least, that’s what a caller discovered when EMD Daniel Redin got to the part in protocol about tying off a newborn’s umbilical cord.

“Listen carefully and I’ll tell you exactly what to do next,” Redin said, reading the scripted Childbirth-Delivery Pre-Arrival Instructions (PAIs). “We’re going to watch the baby closely for three minutes, then tie the cord with a string (shoelace).”

There was a pause. Dad, who was the caller, watched the baby. Everything was fine, except for a minor detail.

Dad was wearing slip-on shoes, and mom was wearing slippers. There were no spare shoelaces or balls of string in the car, and dad couldn’t leave the car to flag down a motorist in hopes of borrowing a stranger’s shoelace.

The caller had no other choice but to improvise.

“He [dad] looked around the car and all he could find was the phone cord,” Redin said.

The cord was wrapped in place and tied when paramedics arrived on scene to whisk mom and baby to the hospital in an ambulance.

While the phone cord is most likely a unique way to tie things up, handling a baby delivery is something the New Hampshire Bureau of Emergency Communications EMD has done over the phone and in person. Redin switched to emergency communications four years ago. Prior to dispatch, he was an EMT for 10 years.

Assisting in a birth is not uncommon for an EMT. In emergency dispatch, however, it’s unlikely to have Redin’s track record. He assisted in three deliveries in two months during the past summer.

The first delivery, in May 2016, was complicated by distance. The mother lived in a small town served by a volunteer ambulance service that was not close to her home, and baby was not willing to give them the extra arrival time required.

“Mom was in labor, and I went through the complete delivery,” Redin said.

The second baby, similar to the third, was born roadside while mom was in transit to the hospital.

All babies and mothers were none worse for the wear.

“They were all fine,” he said.

On Aug. 19, 2016, Redin and three fellow EMDs from the Bureau of Emergency Communications in Concord were recognized for their efforts to help deliver babies using EMD Protocol. As is the tradition for the event, the four EMDs were officially inducted into the 911 Stork Club. They each received a “Stork Club” certificate and a stork pin.

Redin is grateful for the outcomes, of course, and credits the successful deliveries to the cornerstones of his profession.

“My job is to pay attention to callers, listen to what they have to say, and do everything right using the protocol,” he said. “We ask questions, give instructions, and stay on the line until response gets there. We generally don’t meet the people.”

Redin, however, also beats the odds in that category.

In November 2013, sudden cardiac arrest survivor Tom LaFortune repeatedly thanked Redin in person during an emotional visit to the dispatch center. The 74-year-old LaFortune had experienced breathing problems while eating dinner with his two children, prompting them to call 911. Redin guided LaFortune’s son, Denis, through CPR while his daughter, Laura, watched for the ambulance to arrive.

LaFortune thanked everyone involved in saving his life, saying he owes them all of his tomorrows yet to come. “I don’t know how to put it into words except thank you,” he said. “Thank you very, very, very much.”1

Redin received press coverage and a commendation from the New Hampshire Division of Emergency Services and Communications for the “difficulty breathing” call.

The first two recent baby deliveries didn’t make it to the news, and although the third delivery did, Redin’s name was not stated in the coverage.

That doesn’t bother him; in fact, he prefers it that way.

“I saw the story in the newspaper, which was fine that it didn’t mention me,” Redin said. “I like to stay in the background. You trust your protocol and everything goes the way it’s going to go.”

It’s likely that Redin and fellow EMDs will be called upon to assist in childbirth sometime in the future. Although the vast majority of all births (98.7 percent, according to 2011 statistics) in the United States are delivered in hospitals, that leaves the balance to out-of-hospital events; the 1.3 percent (in 2011) represented nearly 50,000 births and of these, 66.2 percent (33,043) occurred in residences.2

New Hampshire has two PSAPs—one in Concord and one in Laconia. They receive a combined average of 2,000 calls to 911 each day. Police and fire requests are transferred to the appropriate dispatch center.