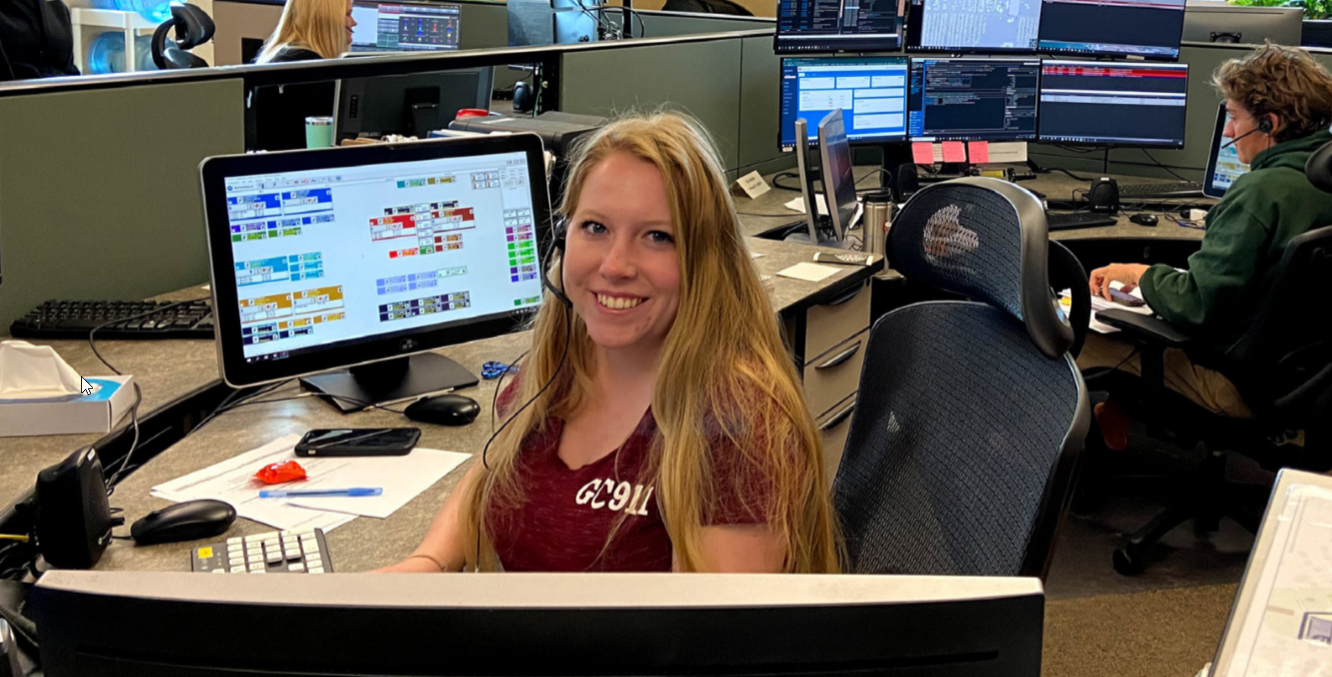 “Critters all over the place,” said Tim Martindale, Director, Gallatin County 911 Communications, Bozeman, Montana. “Ten miles out of town and it’s all here.”

But adventure is not confined to remote destinations, chasing rapids, navigating trails, or pursuing the Forrest Fenn Treasure (a buried chest since recovered containing gold coins and other valuable things estimated at more than one million dollars). Bears wander into subdivisions, and ATVs roll off the road before the driver and passenger make it to the trail. Bicycles and vehicles collide. Wildfires inch toward a growing metropolis. Accidents happen close to home, as they do in most places.

Prepared or not prepared, near home or wandering the backcountry, there is always trouble to run into and the assistance to help people make it through. That’s where Gallatin County 911 comes in.

The first time Peter Scherfig ran into trouble requiring 911, he was celebrating his birthday with a backcountry ride on his mountain bike. He and a grizzly bear unintentionally crossed paths. That was Memorial Day 2020. Scherfig was severely injured during the surprise (rather than predatory) encounter and aided by a passerby who called 911. Traumatic injury PAIs were provided while waiting for EMS to arrive. The wounds healed (he was wearing a helmet, which cushioned the bear’s slap to his head). Less than four months later, an unrelated 911 call was made from his Big Sky home. Scherfig was in cardiac arrest. His wife, Katie, needed help.

Scherfig survived and several weeks later, he and Katie presented a commemorative lifesaver pin to Gallatin County 911 Communications Supervisor Susan Walker, EMD/EFD, in recognition of the CPR instructions she provided over the phone. The celebration included Big Sky Fire Department crews assisting in the rescue.

The pin was the first of two Walker has received. On April 16, Walker gave CPR instructions to a 16 year old on a Big Sky resort family vacation. The caller said his father had collapsed. He was gasping for air (agonal breathing). He had no pulse. Walker started immediate CPR instructions. Working in their favor was the arrival of ski patrol who continued the compressions. The boy’s father was life flighted to the hospital. He survived much to the credit of Walker’s instructions.

Two months later, on June 10, Marcee Bain, EMD/EFD, provided CPR for a male who was non-responsive after hitting his head in a fall from a stool at his home. He was bleeding from the mouth.

“His wife was frantic at the beginning,” Bain said. “I counted with her using ProQA® [Fast Track]. She was fantastic from there.” The man survived much to the credit of Bain’s instructions.

“Used to be giving CPR was rare,” said Walker, an emergency dispatcher since 1998. “Now there are more calls of everything in general.”

The pandemic quieted Bozeman for the short term. Classes through Montana State University (MSU) were virtual. Restaurants and resorts were shuttered. Interstate highway traffic accidents tapered off. An increase was seen in home emergencies, particularly falls.

It’s not that Martindale welcomed the pandemic and slowdown in volume, but it did give him space to better acquaint himself with the coverage area, staff, the agencies they serve, and start into his objectives. In his previous position in the state of Washington, Martindale oversaw the installation of a new radio system, new phones, and text-to-911 software. He planned similar projects for Gallatin 911.

While Martindale is keen on technology, his focus on employees is even sharper. He has built a rapport among staff and is intent on hiring people who are long-term fits for the profession. A former emergency dispatcher, he understands the positive effect of recognition. A police officer’s comment to him early in the profession only confirmed what he had always believed about the profession. The people and the work are highly commendable.

“He said dispatchers were nothing but glorified secretaries,” said Martindale, who advocates for a federal level reclassification of emergency dispatchers. “He was so wrong. We do so much more. The comment stuck with me, and it’s a perception I’ve worked to change.”

Walker chose the profession based on personal experience, never expecting recognition for what she said comes naturally to her caregiving personality. Walker’s father died from a massive heart attack when she was 17. There was nothing she could do then, similar to a call she answered prior to MPDS® implementation. “They couldn’t get the service they needed,” she said. With the Protocol and years of experience, she sees it as “a blessing to be the person who can help, who can walk them through.”

Bain, who is two years into emergency dispatching, said it’s the ability to help people that fuels her enthusiasm. “This is my community,” she said. “I am Montana born and raised so it feels good to be able to help.”

The never knowing what is next on the line is one reason that Walker and Bain look forward to work. Walker’s 23 years in emergency dispatch gives her an ear in witnessing the county’s growth and its impact on the area. Bain’s lifetime in the valley speaks for itself. The growth is something she’s getting accustomed to. Can’t blame people for liking a nice place.

Bozeman in southwest Montana is the Gallatin County seat. It’s the fourth largest metropolitan area in Montana and the home of nearly half of Gallatin County’s population of 114,500. The number of people moving in is not expected to slow down any time soon for the very attributes long-time residents would rather keep to themselves. People clamor to enjoy plentiful recreational activities, wildlife, and the spectacular scenery and films and books—”A River Runs Through It” and “The Horse Whisperer”— showcasing an enviable western way of life.

Along with growth in residents and visitors is the knack for getting into trouble. The Gallatin County Sheriff’s Office supports a large and very experienced search and rescue (SAR) team. In 2020, SAR volunteers went on 115 calls, including 41 searches, 69 rescues, and 5 mutual aid calls. In volunteer numbers, more than 152 volunteers helped lost, injured, and stranded outdoor enthusiasts 1,433 times and spent over 8,599 hours on calls and training.1

Martindale said he wanted a change from the Pacific coast. He knew little about Montana but, as he has learned, Gallatin County is a place that gets under your skin. “Can’t see going anyplace else,” he said. “We got everything right here.”