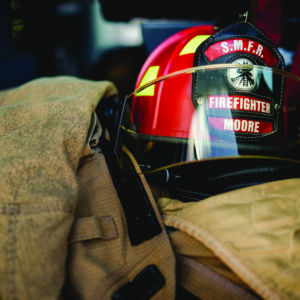 Four years in the making (since the previous version).

One hundred eighty Proposals for Change (PFCs), of which half were ranked four or five in a scale of one to five (ascending order).

Six new protocols (for a total of 33 individual Chief Complaints in the system).

The Fire Priority Dispatch System™ (FPDS®) has come a long way since version 1.0 released in August 2000. And as the numbers show, it’s the people in emergency dispatch who continue to generate the advances.

“We heard from a lot of our users,” said Mike Thompson, PDC Fire/Medical Program Administrator and former Battalion Chief for the Rapid City Fire Department “The new protocols were developed according to what the users needed, the situations they encounter, as well as the current science of fire suppression and response and rescue.”

The new protocols include questioning about a person’s outdoor/backcountry experience. After all, as most seasoned outdoor enthusiasts will admit, it’s not only the novice who gets lost. Most people who spend a lot of time in the wilderness have confused their whereabouts at some point. Collecting information early on when people go missing and transmitting information as it changes are critical steps in getting them to safety. Expediency limits the distance the person can go, and decreases the likelihood that weather and other factors will obliterate the clues.

A third new protocol focuses on bad weather and natural/manmade disaster situations. Protocol 83: Weather/Disaster Situations prioritizes helping individuals trapped by a hurricane, tornado, earthquake, flooding, or other weather-related hazards. PDIs give emergency dispatchers the information to relay when the fire department is in disaster mode (“I cannot tell you when the fire department will get there.”) and when EMS is overwhelmed and cannot immediately respond to callers (“If it’s safe to do so, try to find transportation to the hospital/doctor. Call us back if you find transportation.”).

Natural disasters are increasing on a global scale, and in 2001 the United Nations General Assembly approved a resolution to observe the second Wednesday of October as the International Day for Natural Disaster Reduction as a vehicle to promote global natural disaster reduction, disaster prevention, mitigation, and preparedness.1

According to the United Nations Office for Disaster Risk Reduction’s disaster-monitoring system, America ranks with China and India in natural disasters that either cause at least ten deaths, affect more than 100 people, or prompt the declaration of a national emergency. Since 1970, the number of disasters worldwide has more than quadrupled to around 400 a year.2

In addition to structural fires and collapse, electrical hazards, and explosive gases and liquids during large scale emergencies, fire departments can encounter lapses in command and control, operating procedures, and shortages of equipment.

The new protocols are not cookie-cutter response approaches, and they also consider the potential risk to the public and safety of responders.

“You simply cannot categorize these critical situations into a simple or broad rule to handle each scenario,” Thompson said. “No situation is the same and the changes were made to help emergency dispatchers identify the issues for accurate assessment.”

Coming into their own

Three protocols new to version 7.0 are derived from existing protocols to heighten the urgency of these situations as shown in their own unique set of Key Questions, PAIs, PDIs, and Determinant Codes.

Similar to the reasoning behind outdoor misadventure and weather/disaster protocols, these protocols address the singular critical nature of unpredictable events.

Protocol 80 addresses an event decreasing in frequency, although presenting a more severe hazard because of the increasing size of tanks and the dangers posed to firefighters and the environment. Atmospheric storage tanks can range from 10 feet to more than 350 feet in diameter and have an average height of about 45 feet; such tanks can hold more than 1.5 million barrels (6 million gallons; for crude oil and other petroleum products, one barrel equals 42 gallons) of flammable and combustible liquids, and the number of tanks on site depends on the operation and facility size.4

The protocol provides a level of response based on the size of the tank—LARGE and SMALL—with size determinations for gas, chemical, and fuel storage units left to local definition. Suffixes further delineate what the fire threatens (such people, animals, buildings) and the number of people injured.

Protocol 81 does not replace Protocol A: Water Rescue. The Chief Complaint includes questions for sinking vehicles and vehicles in floodwater and instructs the emergency dispatcher to suspend questioning when necessary to give PDIs. It also provides reminders to determine a specific and clear meeting point for emergency crews.

A new panel on Protocol A addresses callers who might hesitate leaving a sinking vehicle because they cannot swim. According to this instruction, the callers told to get out, hang onto the car or climb to the roof and, if the car sinks “kick your legs and paddle with your hands and arms towards your destination.”

Revised Protocol 72: Water/Ice/Mud Rescue eliminates Key Questions, Determinant Codes, and Additional Information sections involving a vehicle in floodwater or sinking vehicle and adds a CHARLIE-level Determinant Code for an individual stranded in a building/structure due to flood. All vehicle in floodwater and sinking vehicle questions and instructions are now part of the new Protocol 81.

Panel A-6 Floodwaters gives explicit instructions about what the caller should do when reaching a level indoors where the water seems to stop rising, for example: hang a sheet (preferably white) or blanket out the window to help rescuers find you. To prevent accidental entrapment, callers are also advised against entering the attic “unless you know you can get to the roof from inside the attic.”

Protocol 82 addresses one of the most pressing environmental problems: vegetation, brush, wildland, and grass fires. Key Questions include asking the caller the size of the area burning (and if the caller struggles to determine the size of the fire, the emergency dispatcher asks them to relate the size to a familiar area, such as a football field). The fire’s size, the type (wildland, brush/grass), and structures involved help determine levels of response. Emergency dispatchers coordinate with EMS when people are in immediate danger and/or injured.

While past and future trends in wildfire spread and damages differ, an increased number of wildfires is one of the scenarios predicted under climate change. Warmer temperatures lead to more evaporation and drier soils—perfect conditions for wildfires.5 Other factors contributing to the trend include:6 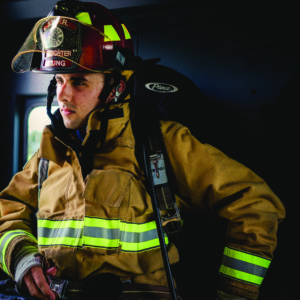 A notable change involves PDIs in sheltering situations during fires that cause a direct threat to life and health. Callers are advised to get out, when possible, rather than shelter in place. The instruction applies to more than one overall situation, considering variables such as the type of building, type of fire (wild fire, residential, outside tank fire, high rise), and the people involved (such as someone with a disability).

For example, PDI-c on Protocol 80: Outside Tank Fire instructs callers to “Leave the area immediately and take others with you. (Leave the door open as you leave.)”

Wildland fires are another example of this instruction. On Protocol 82, callers are advised to follow recommended evacuation routes and to move away from the fire path, if possible. They are advised to not try to put the fire out. When no evacuation orders have been issued, the emergency dispatcher advises the caller that, “If you feel you are in danger, leave the area immediately and take others with you.”

Telling people to get out without waiting for response can save lives, Thompson said.

“Our fallback position has been telling callers to stay where you are and we’ll come get you, and now we’re saying don’t wait until response arrives,” Thompson said. “We’ve never done that before, but it’s generally a bad idea to tell people to stay in a building or an area that has problems.”

Deciding whether to shelter in place or evacuate to safety (i.e., get away from a threat or hazard) is among the most important decisions that must be made during an emergency. In any emergency, local authorities may or may not be able to provide information immediately to assess the situation or may lack the resources to safely rescue victims.

“We are putting callers in the position to save themselves,” Thompson continued. “We’re willing to have people take an identifiable risk for a potentially big gain.”

A new purple font in Key Questions identifies jurisdictionally approved questions. The local Fire Administration/Agency determines whether these questions should be asked. For example, Protocol 55: Electrical Hazard, Key Question 8 “Which electrical/power company provides service to this location?” is presented in purple font.

“We’ve made tremendous improvements in Fire Protocol over the past 17 years, but we’re not resting on our laurels," Galasso said. “IAEFD will always be in the business to fine-tune protocol and processes for emergency situations while keeping an eye on emerging trends in the industry.”