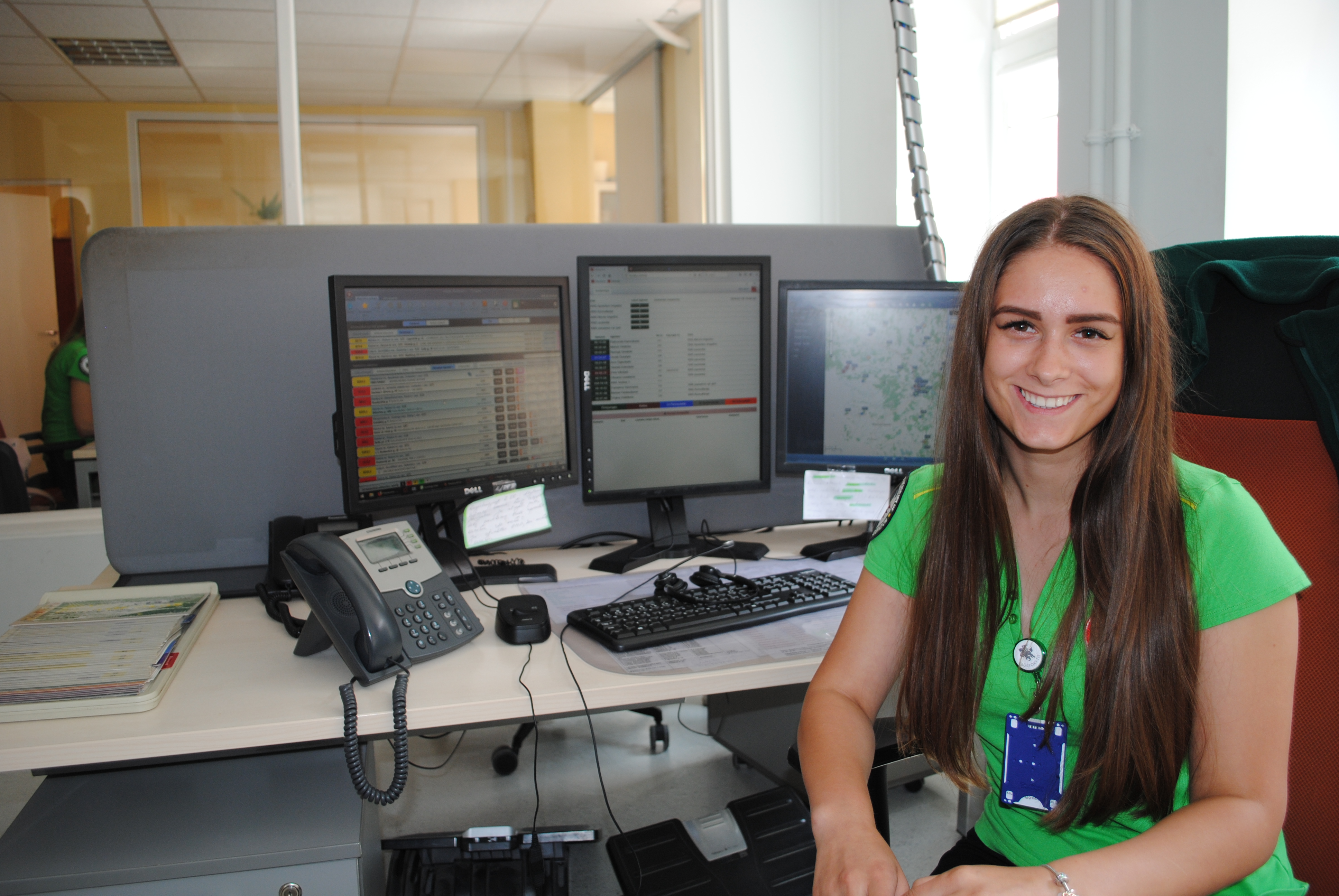 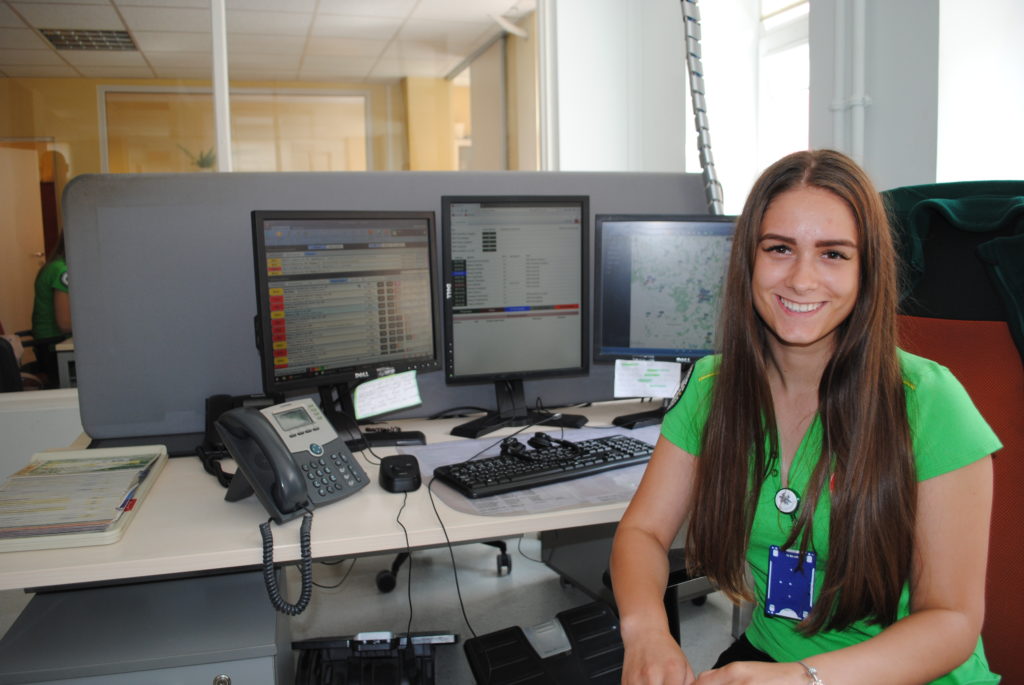 Lithuanian amber—also called “Lithuanian gold”—is the product of a long process beginning 50 million years ago. Drops of tree sap were carried by rivers into the Baltic Sea, where they settled to the bottom and, over time, turned into precious honey-colored stones valued by ancient Romans and modern artists alike.1

Speaking of being long lasting (and speaking of speaking), Lithuanian is one of the oldest living languages in the world. It has features of Proto-Indo-European grammar and structure, making it the closest living language to Sanskrit, an ancient Indian language that’s been around for 3,500 years. There are approximately 2.8 million native Lithuanian speakers in Lithuania and about 200,000 more abroad.

The process of becoming an Accredited Center of Excellence wasn’t quite as long for Kaunas Medical Emergency Service Station (Kaunas, Lithuania) as the process of making amber or becoming one of the world’s oldest spoken languages, but the results are no less impressive. The center began using the Medical Priority Dispatch System™ (MPDS®) in October 2011 and achieved ACE in 2016, making it the only ACE in Lithuania and throughout Eastern Europe.

“We are constantly improving, and we want our work to be as high in quality as possible, so we decided to seek to become ACE and we succeeded,” said Donatas Paliulionis, ACE Administrator for Kaunas Medical Emergency Service Station. 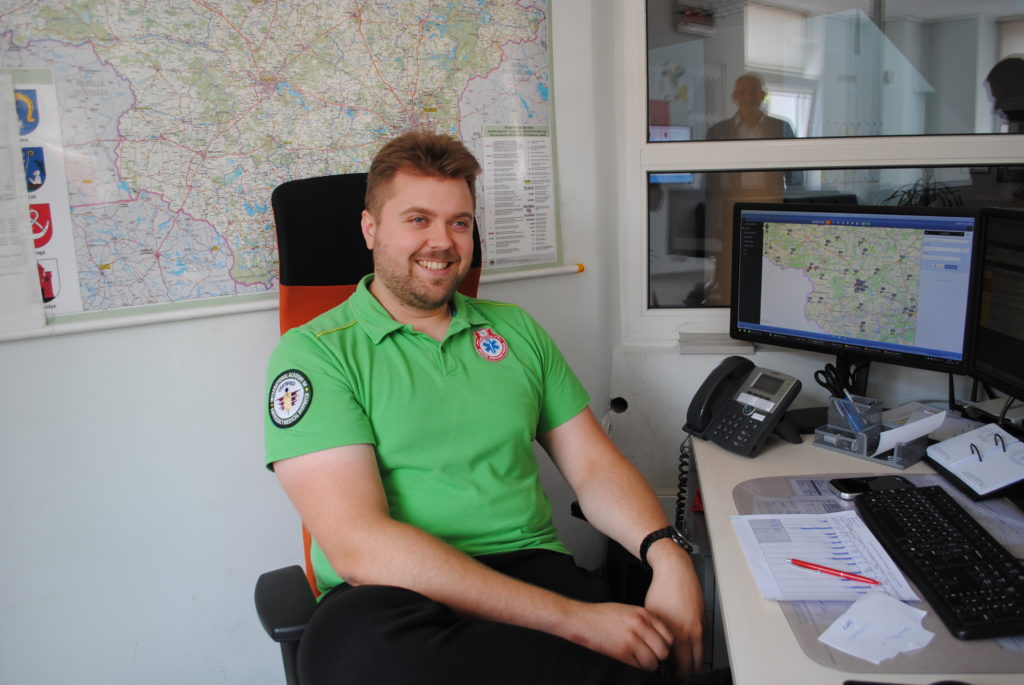 The main challenge the center faced, Paliulionis said, was to reach and then maintain the quality requirements set forth by the International Academies of Emergency Dispatch® (IAED™). But once Kaunas emergency dispatchers and administrators had their eyes on the gold, they didn’t let it out of their sight for a second. Continuous feedback was a huge component in achieving their goal, and they installed a dispatcher motivation system to inspire the emergency dispatchers to be the best they could be.

Long story short, it worked. But the work doesn’t stop there.

“With ACE, it was possible to establish an Emergency Communication Nurse System™ (ECNS™) center,” Paliulionis said, meaning that only medical ACEs are considered for ECNS implementation. “Next we want to become an ECNS accredited center.”

Kaunas is Lithuania’s second largest city—only Vilnius, the capital to the east of Kaunas near the border the country shares with Belarus, has a larger population. Kaunas Medical Emergency Service Station serves over 900,000 people over an area of about 26,000 square kilometers (1,615 square miles), encompassing the city of Kaunas and the surrounding cities. The Kaunas center fields roughly 204,000 medical calls a year and dispatches for 15 separate agencies within their jurisdiction. 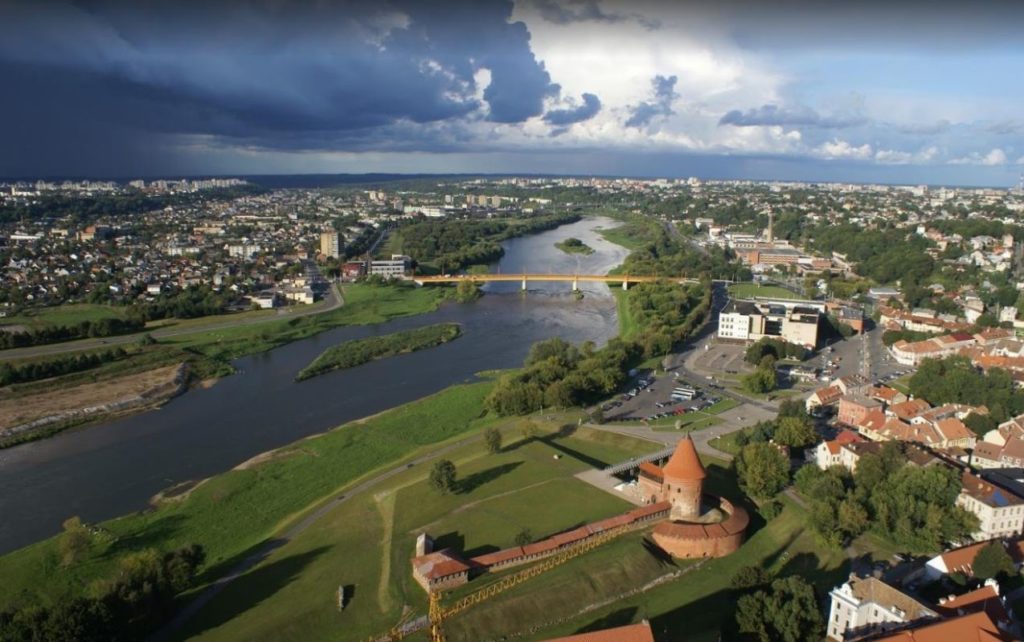 The days at the Kaunas center are split into 12-hour shifts—a day shift and a night shift—and seven calltakers, two dispatchers, and two ECNS dispatchers are present during each shift. There is also a dispatch medical doctor on call 24 hours a day who advises the ambulances if they have questions and contacts hospital admissions departments as needed.

Like the rest of Europe, emergency callers can dial 112 and reach a Lithuanian emergency dispatcher. (Calls made by Russian-speaking Lithuanians are also taken by Kaunas emergency dispatchers.) They can also call 033 if they know for certain that their emergency is medical in nature. According to Paliulionis, the kinds of calls the center gets most often are about cardiovascular disorders, trauma and physical injuries, and syncope (fainting). Protocol 26 makes up about 30% of the calls they dispatch to EMS agencies.

In addition to dispatch-specific training, emergency dispatchers are encouraged to volunteer to be part of an EMS team so they can see firsthand the effects of injuries or illnesses they may have only ever heard over the phone.

One of the most recent developments the Kaunas center has experienced is the implementation of an AED Alert System, which is an app that went live in 2019 that alerts users—called “aid suppliers”—to nearby patients who need CPR. Aid suppliers let the app know their location at any time, ready to help patients up to 750 meters (1 mile) away. Some aid suppliers are sent directly to the patient and begin administering CPR, and some are sent to bring the nearest AED to the event. In the short time the app has been online, members of the community who are aid suppliers have been proven to start CPR before EMS arrives and use AEDs more frequently, increasing the survival of the patient.

Another special feature that Kaunas Medical Emergency Service Station utilizes is a Silent Call service, which is available to people with hearing disabilities. In the event of an accident or emergency, the patient types 033 into their phone and receives a text telling them that EMS staff will arrive as soon as possible. The person’s mobile phone number is linked to his or her residence, so the service is currently only available if the accident takes place in the home. There are about 400 registered users of the Silent Call service in Lithuania, more than half of whom reside in Kaunas and the surrounding area. 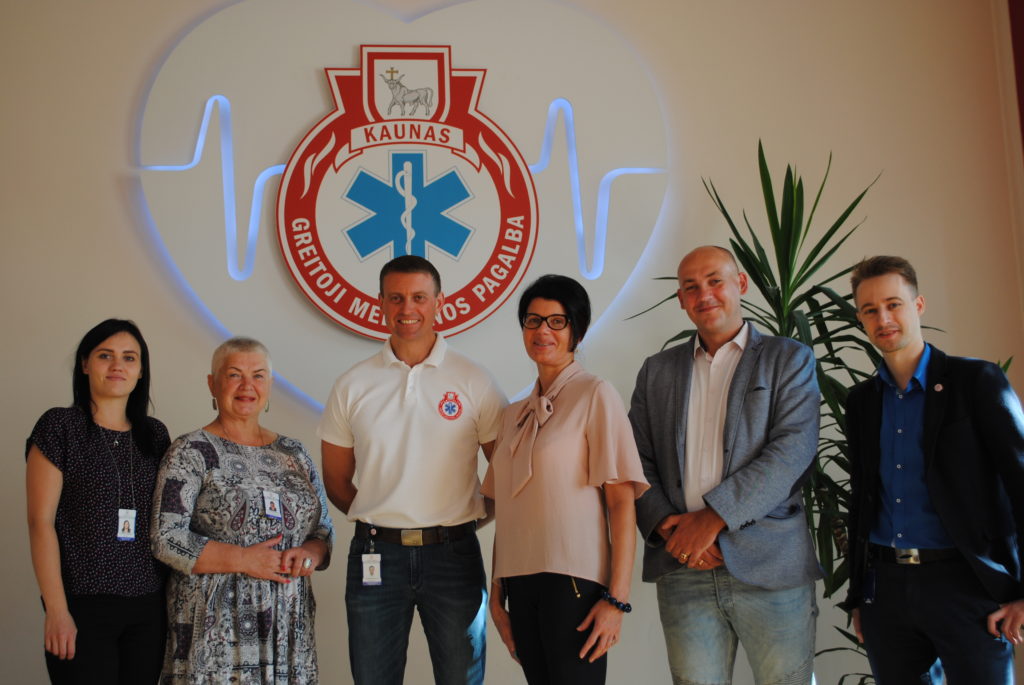 Like every dispatch center across the world, not everything can go smoothly all the time and sometimes crises occur in the center in addition to on the other end of the telephone line.

“Emotionally extreme calls are everyday routine for our dispatchers, so stress level is really high sometimes,” Paliulionis said. “That’s why we have had a psychologist in our center for several years.”

Staff have the opportunity to interact with the center-dedicated psychologist when they are overwhelmed by negative emotions after a hard call. Sometimes it takes the form of an individual conversation and sometimes complex cases are discussed as a group.

“We care about the psychological well-being of our team,” Paliulionis said, “so we try to find the difficulties they face at work every day, react to them here and now, and solve all problems as quickly as possible.”

This kind of mindset is grown out of the center’s idea that the successful relationship between emergency dispatchers and administrative staff is important. Good communication is vital to communal growth and improvement.

It’s clear that, like amber and the Lithuanian language, Kaunas Medical Emergency Service Station is here to stay and will only get better with age. Šaunuoliai!