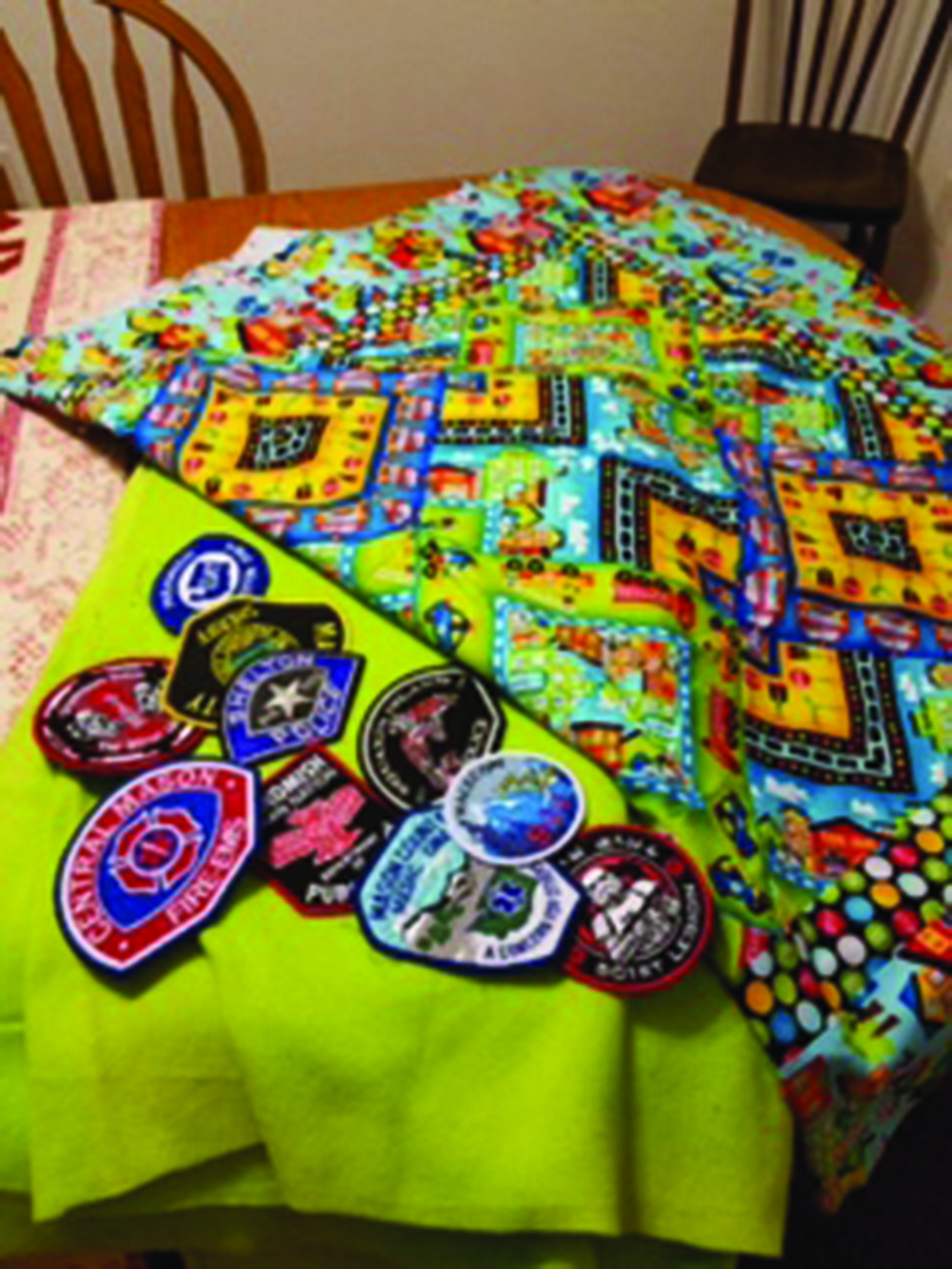 While in a meeting on a Friday, I saw one of the MACECOM (Shelton, Washington, USA) dispatchers frantically waving at me through the window of the dispatch center. They knew I was in a meeting—yet the fact that they were trying to get my attention meant it was something important. The dispatcher told me there was a boy on the phone located in the police department lobby saying his mom wouldn’t wake up, and not much else. Our agency is housed in the same building as the PD, so I walked up front and entered the lobby. Standing there was an 8-year-old boy in his pajamas, barefoot, clutching the phone to dispatch as if it were a lifeline. He handed me the phone, and I told the dispatcher we were coming back there.

While walking through the PD back to dispatch he told me his name, Tommy*, and that he lived in the apartments behind our building. He had walked over to the police department for help. Tommy and I went into my office where I keep a box of toys for when my kids, or someone else’s, come visit me. While we played, I asked questions trying to get more information from him about the situation at home. What school did he go to? Who was his teacher? How long had mom been sick?

While answering my questions we played with Hot Wheels cars. Aid and police officers arrived, and we fed what info Tommy would give us to them. A few minutes later my boss, the executive director, came out of dispatch and mouthed to me that Tommy’s mom was DOA. I was mid-race with a silver race car in my hand. It took all my willpower to not cry and instead paste a smile on my face.

Tommy told me he hadn’t eaten breakfast and only had a piece of cake and candy the day before because his mom had been sick. Our IT tech went to the store and got Lucky Charms and milk, and we had breakfast together. Tommy told me his birthday was the next day, and he was going to be 9 years old and what presents he hoped to get for his birthday. We watched cartoons on my laptop.

I asked how he knew to come to the police department, and he said his mom had told him to do that if there was ever an emergency. I told him he was very brave and did the right thing that day. The detectives came to interview him in my office. His mom had been sick for a few days and fell that morning, hitting her head. She also suffered from a GI bleed.

When the chief of police came to get Tommy from my office and take him up front to his grandparents, he thanked me for the cereal and play. I was heartbroken. The school brought counselors down to help break the news to him his mom was dead. I went outside and cried. I couldn’t imagine how my kids would feel. I wept for that boy and will never forget him.

Coming face-to-face with the RP [Reporting Party] was not only hard on me, but our team as well. It’s not every day we have to “see” the tragedies we deal with. As one of the supervisors working that morning pointed out, “Because we got to see the RP here in dispatch, this call had an emotional effect on all of us. Generally, these calls are sad, but never do we get the opportunity to meet face-to-face the RP of a tragedy.”

It has made me assess and re-evaluate the preparation, or lack thereof, of our employees when it comes to NG911. Organizations in the industry have focused intently on the technology and interoperability components relating to Next Generation; it’s a good thing, the future of public safety. Yet have we thought through the impact to the human element?

When 911 was born, the intent was to have a single number to report emergencies and improve public safety. The important component of who would answer those calls (human element) wasn’t readily addressed, which is arguably part of our uphill struggle for classification and certification today. Could we be setting our people up for failure by not taking into consideration who will be answering NG911 calls? Are our organizations doing everything they can do to ready telecommunicators for “seeing” it versus “hearing” it?

In his book, “Leaders Eat Last,” Simon Sinek discusses the idea of abstraction and how it can play a huge role in how we operate in organizations and society. Sinek illustrates this idea by examining the Milgram experiment from the 1960s, having to do with the conflict between obedience to authority and personal conscience. The conclusion being the more abstract people are, the easier it is to do harm to them.

Telecommunicators function in an abstraction vacuum wherein we may hear someone die, but we don’t have to put on gloves and touch them. It’s easier to fall into the trap of complacency when you don’t have to SEE that DV victim’s bruises, just hear she hasn’t left her boyfriend yet. It’s easier to blow off that chronic runaway juvenile call when it’s not your kid. Sinek states, “Just like the conditions Milgram set in his experiment, the physical separation between us and those on the receiving end of our decisions can have a dramatic impact on lives …” (pg. 101)

Does the current level of abstraction make it easier or harder to do what we do? Statistically telecommunicators have “contact” with more people via phone than officers do face-to-face. If the call volumes were face-to-face contacts, would telecommunicators still be able to do it? Or is the level of abstraction what protects telecommunicators and makes them so capable? It can be hard enough remaining emotionally detached with just a voice on the other end of the phone. Adding the emotions of visual human contact could make the job that much more dramatic and distracting.

Several employees in the industry and labor unions have voiced that “seeing” emergencies aren’t what they signed up to do. I can relate in that I can talk to a child on the phone all day long (and would prefer to)—but you put him in my office eating cereal and the rules of the game have changed dramatically.

As professionals in the industry, it is important to keep the human element—both employees and the public—in the forefront of our decisions. Technology and advances in our service capabilities will only continue, as change is constant. Making sure our telecommunicators are ready and prepared for these changes is quite the undertaking but worth the time and effort. Because what would you do if you were face-to-face with the RP?