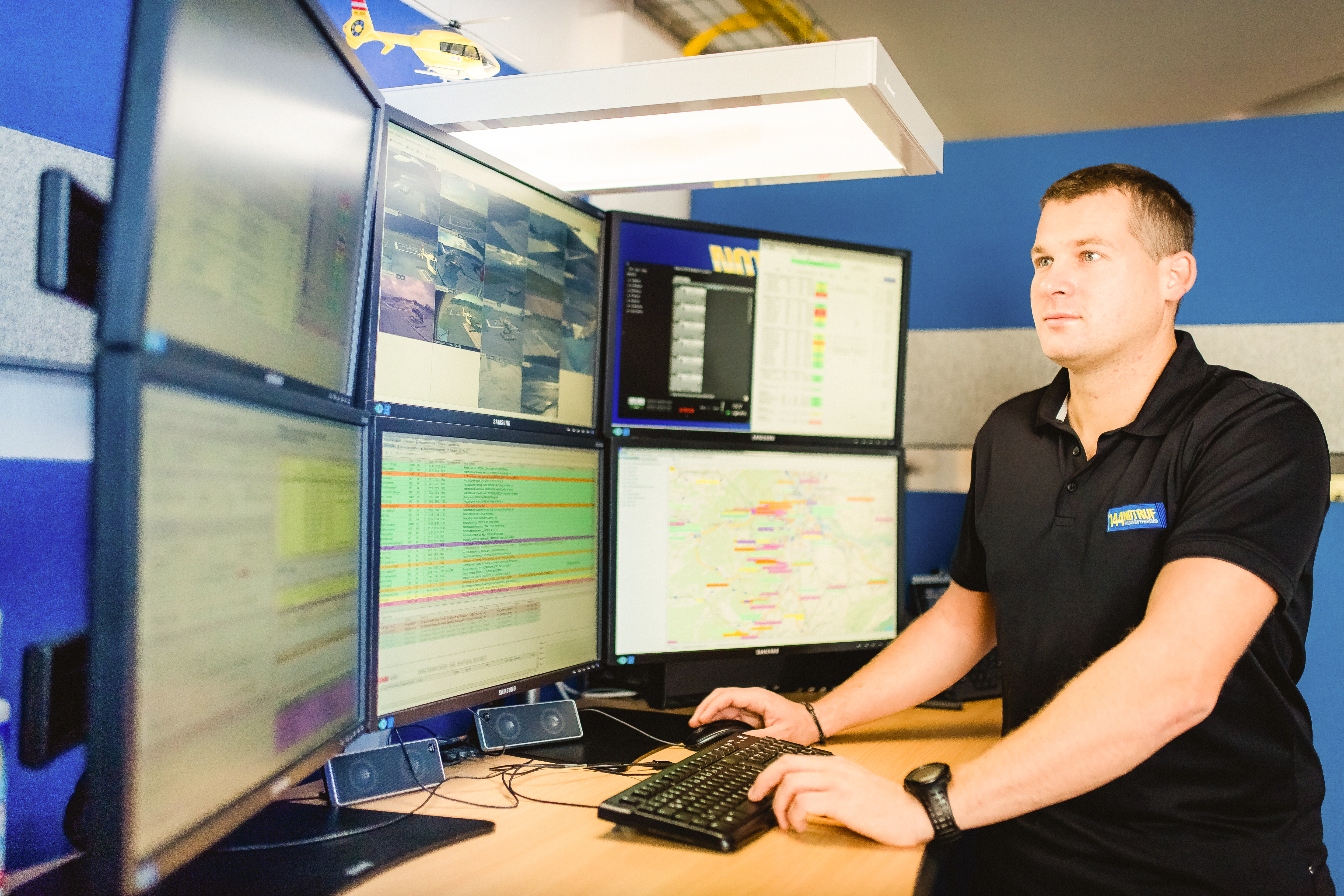 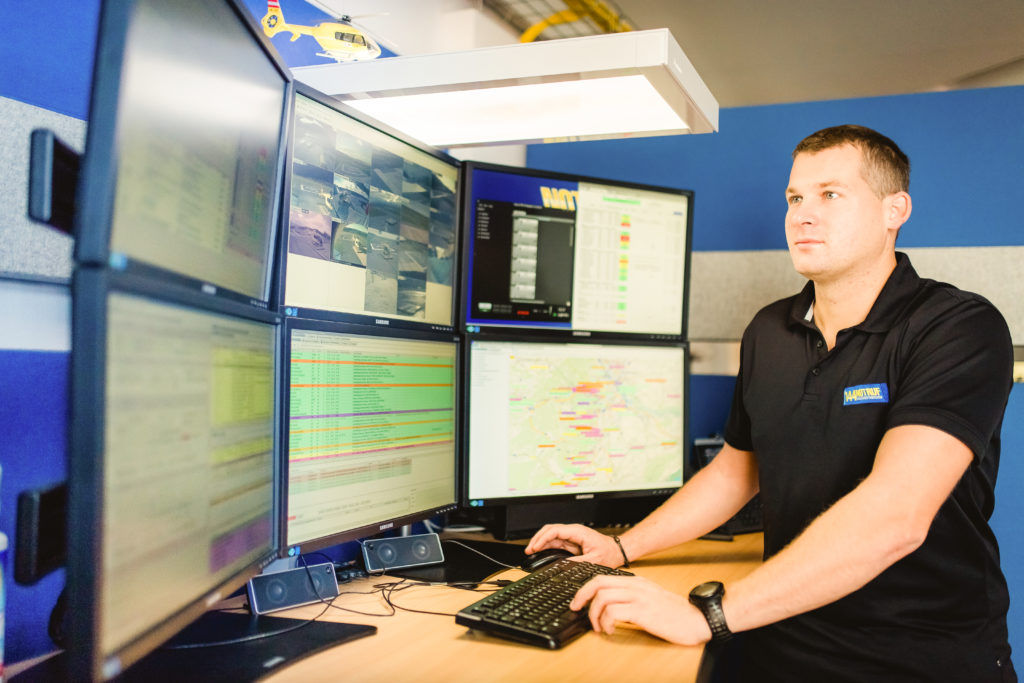 If you are an English speaking person, chances are you’ve mixed up “Austria” and “Australia” at some point in your life. After all, they sound so similar! They’re basically the same word, give or take a few letters. While they sound alike, however, they are still different places with unique customs, histories, and spoken languages. For clarity’s sake, Australia is located in the Southern Hemisphere, surrounded by the Indian and Pacific Oceans, and is home to the Great Barrier Reef, the Sydney Opera House, and kangaroos. Austria is located in the Northern Hemisphere, surrounded by other European countries, and is home to the Alps, the Vienna State Opera, and 144 Notruf Niederösterreich.

144 Notruf Niederösterreich is the main emergency dispatch center in Lower Austria, one of Austria’s nine states. “Notruf” means “emergency call” in German—which is what they speak in Austria—and “Niederösterreich” means “Lower Austria,” so together it means “144 Emergency Call Lower Austria.” What does the 144 stand for? Rather than use 112, like most of Europe, Austria uses 144 as the standard emergency number. But 112 is still an emergency number; it’s routed to the police instead of to emergency medical services.

In an article she wrote for EMS World, Susan Ottendorfer, the medical director for 144 Notruf NÖ, explained that there are three national emergency numbers, which children learn in kindergarten. 144 is for medical emergencies, 133 is for police, and 122 is for fire.1

But they don’t just dispatch—they use the Emergency Communication Nurse System™ (ECNS™) to handle non-emergency medical calls and many other miscellaneous hotlines.

All of these numbers end up in 144 Notruf NÖ, which is very unusual for Europe. Callers don’t necessarily have to choose the “correct” number because the calltakers will direct their calls accordingly.

“They are the gatekeepers—or rather, the gate openers—to the health system,” said Stefan Spielbichler, head of public relations at 144 Notruf NÖ.

All told, 144 Notruf NÖ dispatches for 26 individual agencies and over 1,100 individual resources, including more than 800 ambulances and 16 helicopters. In 2017, these helicopters made 31,880 trips combined, answering an average of 86 calls a day. As of 2017, one of the helicopters has been able to make medical calls at night due to being equipped with night vision goggles.

The ground they cover is considerable in both size and population. Lower Austria is the largest state in Austria in terms of area—it comprises 19,178 sq. kilometers (5,704 sq. miles), although 144 Notruf NÖ’s service area is only 11,922 sq. kilometers (7,408 sq. miles). They do, however, serve all 1.6 million Austrians that fall under their jurisdiction.

Included in the physical area they serve are rural regions around Vienna, flatlands in the east, the River Danube, and the Alps. The Alps provides a specific set of potential emergencies: namely, lost or injured hikers and lost or injured spelunkers. According to several medium-sized skiing regions, between booming numbers of people going off trail skiing and a high amount of hikers and cragsmen in summer, there are numerous calls for the mountain rescue service. In 2017, the 1,300 volunteers handled 682 calls, saving 706 people in some complex operations.

Between all the services they render and the ground they cover, the agency deals with roughly 1.5 million calls a year (or 4,300 calls a day).

Such a large workload demands a large staff to handle it. 144 Notruf NÖ’s staff is made up of 163 individuals, of which 106 are calltakers/dispatchers and 17 are ECNs. The rest of the staff is made up of supervisors, quality managers (QMs), IT personnel, and administration.

The main shifts at the Lower Austrian dispatch center are 12-hour shifts, one from 6:00 a.m. to 6:00 p.m. and the other from 6:00 p.m. to 6:00 a.m. There are additional shifts where emergency dispatchers come in to help during time frames that consistently experience high call loads.

There is only one dispatch agency in Lower Austria, located at four centers situated in different areas of Lower Austria—one in St. Pölten, the state’s capital, one in Korneuburg, one in Mödling, and one in Zwettl. They are all connected to one central system.

144 Notruf NÖ has used the Advanced Medical Priority Dispatch System™ (AMPDS™) since 2003. They became a medical Accredited Center of Excellence (ACE) in 2009, being the first central European dispatch center to do so. Even now, some 10 years later, they are one of only 10 total accredited centers in Europe.

“It’s fairly easy to become an ACE,” said 144 Notruf NÖ’s CEO and IAED™ Accreditation Board Chair, Christof Constantin Chwojka, “but it’s tough to remain so for many years.”

One of the things that motivated the center’s staff to earn and maintain accreditation is their dedication to providing the best possible service for the caller, according to Spielbichler. “Every dispatch center’s aim should be to become an ACE,” he said. “It is an unparalleled aid in providing the best care for the population you serve, as well as making use of available resources effectively so as to ensure the optimal outcome in emergency situations.”

They are currently working toward becoming an ECNS ACE.

In addition to being an ACE, 144 Notruf NÖ has also earned the European Emergency Number Association (EENA) PSAP certification, making them the only agency worldwide to have earned both distinctions.