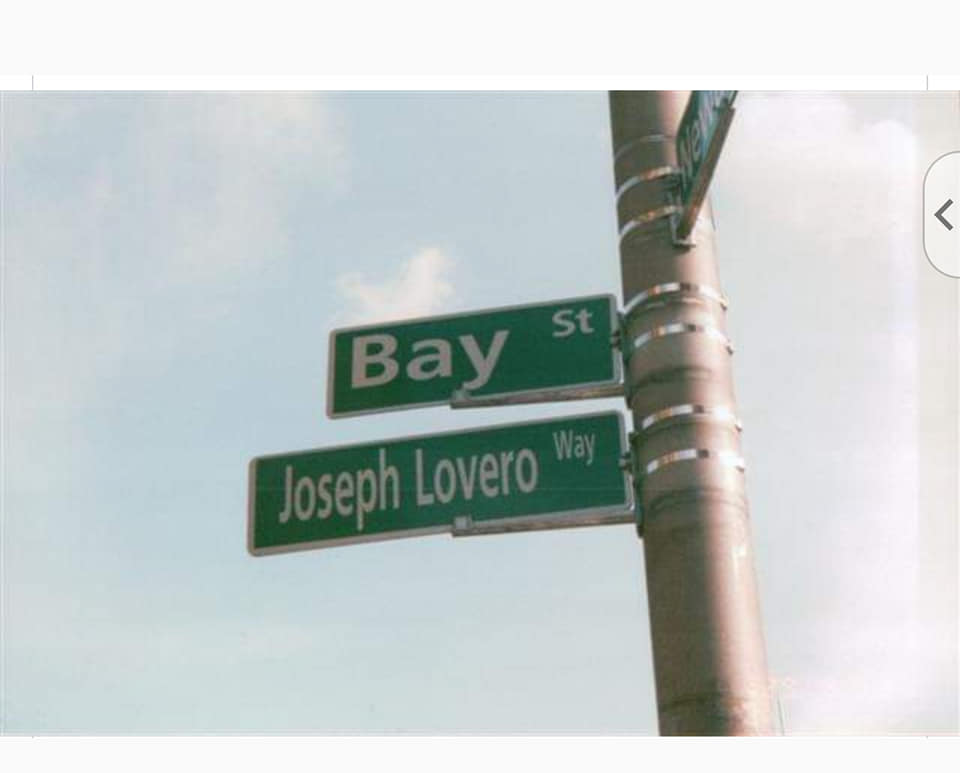 Firehouse 19 in Jersey City was the favorite neighborhood hangout for Joseph Lovero and his buddies. The firehouse and firefighters represented exactly what these kids were going to do someday. The sirens, the apparatus, the comradery, and suiting up before climbing in the firetrucks to combat the fire and flames. This was the life.

Joe’s dream, however, stumbled at a heart condition that prevented from becoming a firefighter. That didn’t stop him. His fire buff spirit still burned bright. He simply altered his course. He was awarded a lifetime membership in the Jersey City Gong Club, where he served as deputy director and president for over 25 years. During that time, Joe commandeered the club’s Car 26—the canteen—so often that they stopped counting. 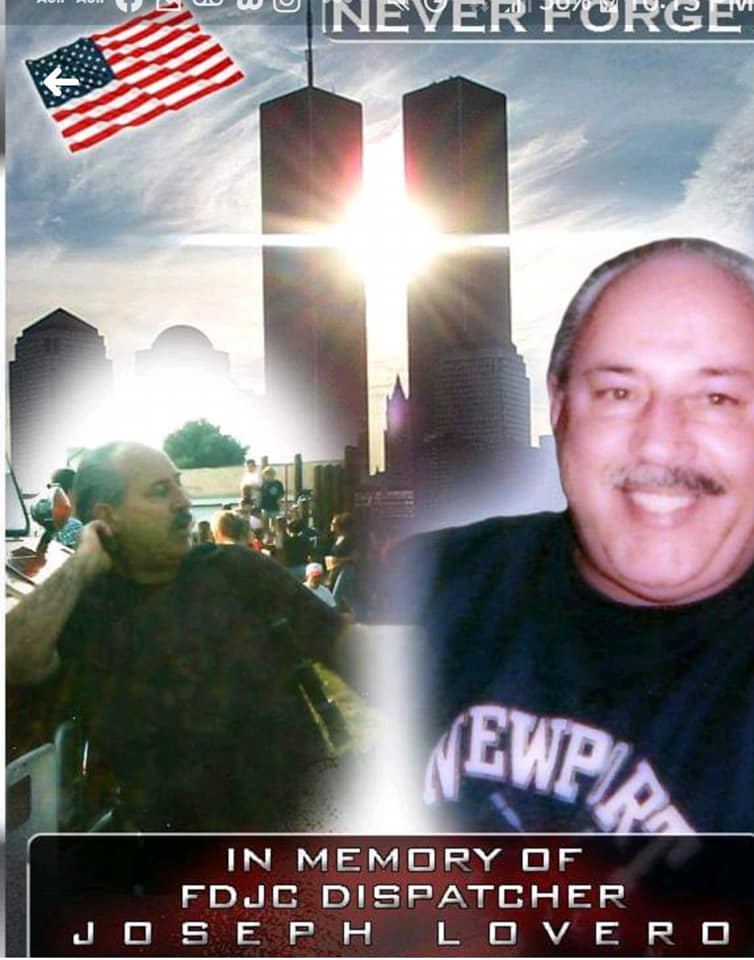 Gong Club President Conni Spellman said Joe was the ultimate fire buff. And since his health precluded active firefighting, for a time he worked as an EMT and later as a dispatcher for the Jersey City Fire Department. In the early 1980s, Joe was cited for bravery when, as an EMT, he crawled under the crumbled concrete of a collapsed ceiling to help stabilize trapped victims.1

“He found ways to be involved,” Spellman said. “The Gong Club was his way of helping the firefighters. Joe went the whole nine yards.”

Joe’s shift at the Jersey City Fire Department communication center ended shortly after the first plane struck the south tower of the World Trade Center on Sept. 11, 2001. He grabbed a ride with Jersey City firefighters to Lower Manhattan. They knew Joe well. But later that morning, he went missing. Maybe he was taking photos. Photography was a hobby. His car was parked near the Gong Club, but he never came back to pick it up.

Joe died following surgery that afternoon at St. Vincent’s Manhattan Hospital where he was taken from the scene of the collapsing south tower. He was 60 years old.

No one really knows the circumstances and exact cause of his death.

According to one news story, Joe was part of a Jersey City Fire Department Mask Service Unit (MUS) task force responding to the site with self-contained breathing apparatus and spare cylinders for firefighters and police. Shortly after their arrival, the south tower collapsed, severely injuring him.2

Spellman said she heard that he was helping out at the scene. He had a background in construction work and was dismantling a revolving door on the south tower to hurry the flow of people from inside escape to the street. He was injured in the falling debris.

Joe’s death hit hard. He was considered the connection between fire dispatch and field response. He was a popular guy. Friendly. A prankster, said Spellman. “He could drive you crazy with his pranks, but he always got you laughing.”

Lenore Brady, a former dispatcher for the Jersey City Fire Department, said his death was a huge loss to the communication center, firefighters, the Gong Club, and, of course, his family. Among his survivors were two daughters, a son, and two brothers.3

“To have him go like that, it was hard, very hard,” Brady said.

It’s the Gong Club’s fire engine red canteen that’s perhaps the most visible sign of their dedication. It’s not a high-tech rig—no ABS systems or electronic stability controls in this vehicle—and bears a striking resemblance to commercial food trucks trolling the busy streets. The Gong Club owns and operates the canteen. There’s a convection oven for heating soup, a refrigerator, and water tap. Not cozy or ultra-modern, it does what it’s intended to do and recognized for the people inside making a difference for firefighters, on average, every day. Mutual aid agreements among New York and New Jersey canteens allow coverage in the case of multiple fires.

The firefighters are not remiss in their admiration of the canteens and clubs running them to the fires, Spellman said. “The firefighters really appreciate us, and they make they let us know.”

Of course, the Gong Club is not all about being a welcome wagon. Buffs are keen on the fire service and show their interest—and that’s an understatement—in activities such as photography, research and writing, equipment restoration, and camaraderie.

Once a member, it seems, always a member.

Spellman has been a member since 1990. She was the first female to join, and now is among three women in the club. Her husband, Patrick Spellman, is the Gong Club deputy director and, like Lovero, grew up in the shadow of a fire station. A true fire buff.

Jim Fay, a former Port Authority cop and a Gong Club member for 16 years, can’t say exactly how he got started in the club. “I grew up in the Bronx as a buff and, you know how it goes, one guy talks to you and the next day you’re going to a fire at 3 a.m.”

Founded in 1950, Gong Club volunteers operate out of the former Jersey City fire headquarters downtown, known as the Bay Street headquarters, on a block this is dedicated to Lovero.4 A plaque on the wall honors his dedication to the fire service and Gong Club. Jersey City’s fireboat was christened the Joseph Lovero on Sept. 29, 2006. 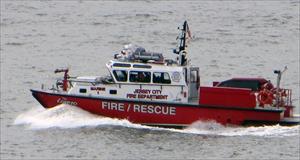 The Gong Club gets its name from the formerly used alarm bell clanging to alert firefighters.

The smoke billowing from the South Tower mesmerized Lenore - “this can’t be happening, it was surreal,” she thought to herself – and then her cell phone rang.