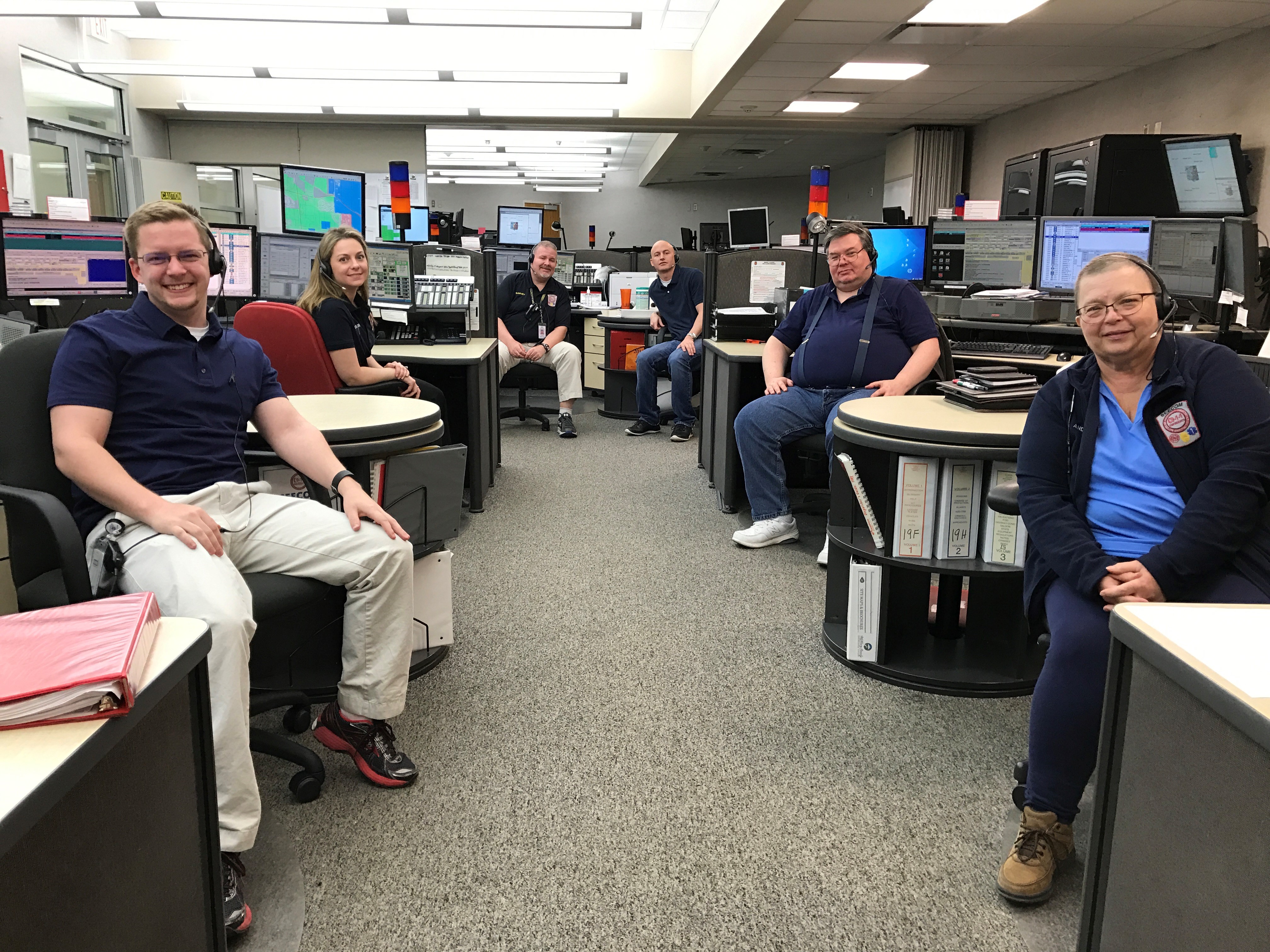 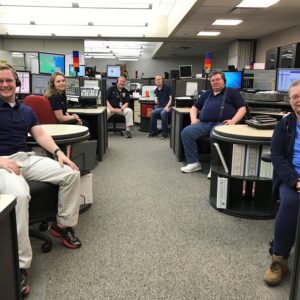 A misnomer? Perhaps it’s the way you define endurance.

Dispatching doesn’t take a lot of direct physical endurance, such as moving heavy furniture or lifting oversized boxes, but it certainly takes plenty of stamina to survive a high-volume, fast-paced environment dealing with life-threatening situations without conceding.

It also takes the ability to go the distance when you can’t predict the outcome.

Rob Pierson is a former patrol officer who transferred into 911 communications after falling from a 33-foot ladder while off duty. He said it was difficult initially adapting to a behind-the-scenes approach to law enforcement.

“It was really great to have the job,” said Pierson, who was paralyzed from the waist down in the accident. “I was in the same place but not doing the same thing.”

Pierson’s adjustment didn’t take long, particularly once he realized he was still in the position to help save lives and protect field response and bystanders. A sudden cardiac arrest save that memorialized his name on the SEECOM “Wall of Life” is a perfect example of why Pierson’s proud to say he’s an EMD. 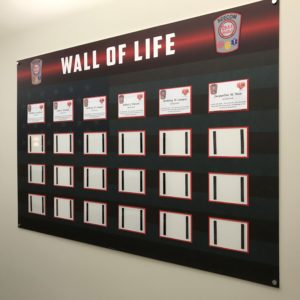 Pierson works days, and on the afternoon of Aug. 15, 2016, he took a call from a woman reporting her husband had collapsed in the front yard while gardening. Her voice sounded calm at first, Pierson said. Her tone changed when she noted he had stopped breathing. She sounded scared.

A bystander saved the day.

“He was walking by and stopped to ask if he could help,” Pierson said. “He put her phone on speaker and gave CPR until the ambulance got there. It took about three minutes and, by then, he had a pulse.”

“I was hoping I had saved someone’s life,” said Pierson, who has been in emergency communications for nine years, with the past three years at SEECOM. “Most of the time we don’t find out. The fact that a person is breathing when we get off the phone is usually all we know, and that’s good enough for me.”

The ability to intervene gives acknowledgement to an EMD, Pierson said.

Burr said DLS is a major reason SEECOM implemented the Medical Priority Dispatch System™ (MPDS®) cardset in November 2014, followed by medical ProQA® in January 2015. On Dec. 6, 2016, SEECOM was the first 911 center in McHenry County to achieve ACE. Burr said the designation is an honor, a prestigious award recognized internationally and based on the hard work of staff.

“We wanted to be known as a quality operation,” Burr said. “ACE is a step in that direction, and it’s a good feeling to be able to do this.”

Burr was determined to achieve ACE from the start, and he knew it would be better to give staff the time to adjust before diving into the Twenty Points of Accreditation.

“We had talked about this, so staff was well aware of what we wanted to do,” said Burr, formerly deputy director of an E9-1-1 center about 20 miles northeast in neighboring Lake County. “But first, we wanted to make sure everyone was comfortable.”

The use of MPDS was almost second nature at SEECOM; staff was accustomed to a call-handling system. The transition to ProQA was straightforward and fast.

“Moving from cardset to software was the easy part,” said Communication Supervisor Nicholas Garvey. “The technology is in front of their fingertips. All it takes is a click of a button.” 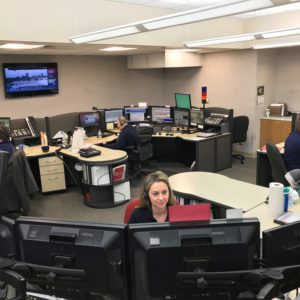 The hard part was breaking old habits. Although staff was proficient at following a call handling system, MPDS is drastically different from its predecessor. They were advancing to an entirely new process that complemented and fortified the use of protocol. A major ingredient, quality assurance, would take precedence and involve complete focus on the part of dispatch staff and the center’s five supervisors.

Each week, supervisors reviewed a minimum of two calls, which meant at least 15 calls per supervisor over the course of seven days. They met one-on-one with staff, easing into a feedback process that evaluated what they had done well and what wasn’t done so well.

Performance improved and so did dispatchers’ acknowledgement of trouble spots.

“We sat down and walked through the calls,” said Communication Supervisor Peter Sofie, who is also the SEECOM training coordinator. “It wasn’t long before they instantly recognized what they had done incorrectly and how they would do it the next time.”

In the meantime, emergency calls coming into SEECOM increasingly demonstrated staff’s proficiency in an area generally creating the greatest obstacle for centers working toward ACE: deviations in PAIs. PAIs read incorrectly (not verbatim) or out of order count against EMD performance and can jeopardize the situation.

“Our supervisors worked very hard with staff,” Burr said. “Our staff recognized the effectiveness of the Protocols when done exactly as scripted.”

Just how good they could be also showed in better identifying the patient’s foremost symptom in choosing the Chief Complaint. In March 2015, shortly after installing ProQA, a SEECOM EMD made a potentially lifesaving decision for a boy telling his mom that he had a bad headache. She called 911, and the EMD immediately shunted to the Stroke Diagnostic Tool after hearing her answer to Key Question 5 in Protocol 18: Headache. When asked “Was there a sudden onset of severe pain?” the mother answered “yes.”

The boy was 6 years old.

“He had a brain hemorrhage,” Burr said. “The EMD was able to catch that using ProQA. He received the help he needed and made a full recovery.”

Because of the rare occurrence of a brain hemorrhage in children, the condition is not always recognized at onset, often resulting in diagnostic delay and some degree of neurologic damage.

Burr has always credited dispatchers for the vital part they play in the survival chain, and now he’s promoting that same message to the cities their center serves.

“We’re reaching out,” he said. “The public has to understand why we ask questions. This is what we do to help them.”

SEECOM is a consolidated emergency 911 communication center created in 2005 by the Village of Algonquin, Village of Cary, and City of Crystal Lake. SEECOM serves 15 agencies and a combined residential population of over 201,000 in McHenry County.

The MPDS Protocol was acquired in cooperation with the McHenry County Emergency Telephone System Board in 2014 and implemented throughout the county. During the first 12 months following implementation, SEECOM provided medical instructions on about 9,400 incidents.