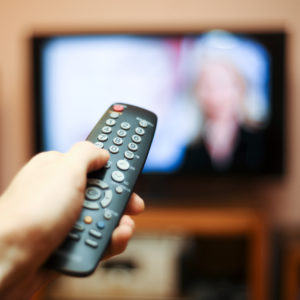 In Between The Chaos

I saw the news tonight. I guess I should expect that they were only able to tell half the story. The events that followed that flash of light that cut you down, they wouldn’t be able to film or properly reenact. That innocent game of catch between you and your kids was halted mid-throw. It would be too graphic to capture it all—the helpless shrieks of your wife as she watched, frozen, and the terrified whimpers of your children playing like the background music of an old horror flick. The heroic but futile efforts of those around you would be too heartbreaking to blast across the television. To even try to capture a tiny amount of the gut-wrenching emotion would take longer than the 30 seconds allotted for your piece.

But I heard it; I heard it all. While I directed those would-be rescuers to your aid, I heard it. I felt the tightness in my chest, the pounding in my ears as I focused on the protocol, and I tried to control anything and everything that I could through the open line. I gave those instructions to the caller and listened as she relayed them to your angels. I was silently praying that I was helping you in some way, that I was going to help give you back to them. And when I saw the news tonight, it brought it all back. The camera crew captured the calm beauty of the scene, and as the reporter was telling the story, my mind added it all back in ... the turmoil of those moments that I had imagined, the picture I had painted revealed itself once again, but was now more palpable than ever. I could see where you were lying, where she was standing, and the wall that your babies stood against as they quivered. I could still hear the pure panic that resonated through her cries for help. That tightness emerges again accompanied by a migraine-like aura. I feel my breath quicken and my hands clench as if controlled by someone else. I find myself drenched in the checked emotions of the day. They are raw, unrestrained. I suddenly notice that my eyes are shut tight. I try to calm myself, to take a deep breath. I gather up the shattered pieces of my composure. I hug and kiss my husband, breathing him in, holding on for a moment longer than normal. I feel guilty but also grateful for the chance to hold him and to feel him hold me back. I know the fragility of that chance, and I’m once again reminded to never take that chance for granted. I remind myself, “I did all that I could do.” I change the channel. I already know more than enough about what happened today.

News reports, social media accounts, and printed articles can be a trigger for telecommunicators. Be aware and be prepared to handle those triggers. Take time for socializing, engage in healthy hobbies, meditate to decompress, exercise, eat right, and get plenty of sleep. Participate in debriefings and encourage agency leaders to not only offer them consistently but to also write policies that set a standard for their use including specific call types and who to include.

We ARE a village, and we ARE our brother’s and sister’s keeper. Watch your team for reactions to possible triggers and encourage a breather away from the console after stressful events. Encourage the use of employee-assistance programs. Become involved with groups that promote ways to educate our FIRST, first responders about the resources available to them. Our culture is our own, and only we can change and strengthen it.