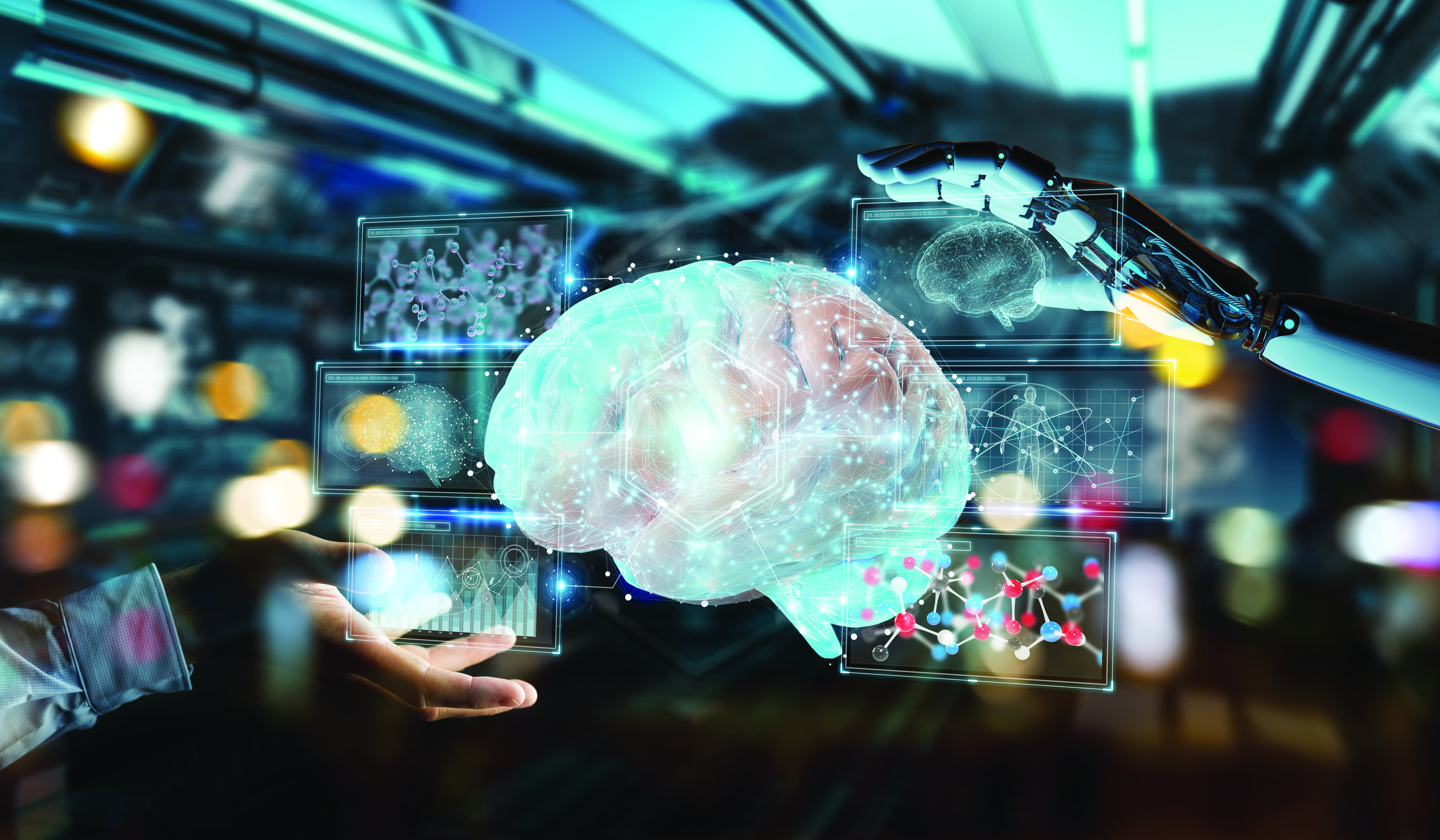 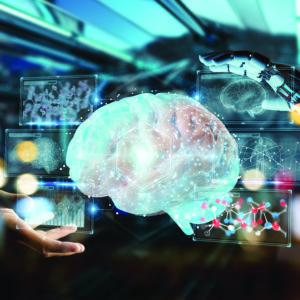 We’ve all seen the movies and heard the conspiracy theories: artificial intelligence (AI) is coming! At some future date, carbon-based life forms as we know them will be overtaken by robots whose intelligence is far superior to that of their creators. Human gumption is no match for machines that can instantaneously see a hundred thousand possible outcomes of their actions. We may as well concede to the robot overlords now and hopefully they will spare us for some mundane yet vaguely sinister purpose. Elon Musk, co-founder of Tesla, said that AI is probably humanity’s “biggest existential threat” and that it’s essentially “summoning the demon.”1

Theatrical hand-wringing aside, there is no doubt that technology is advancing more quickly than it ever has before. Artificial intelligence can do everything from deciding what ads you see on the internet to recommending a movie to you. It’s in nearly every aspect of our leisure lives; it’s only natural that you start asking whether it’s going to infiltrate your professional life as well. 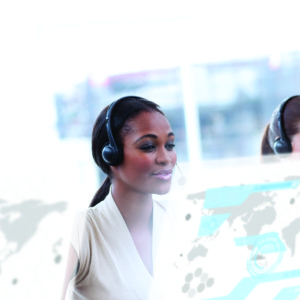 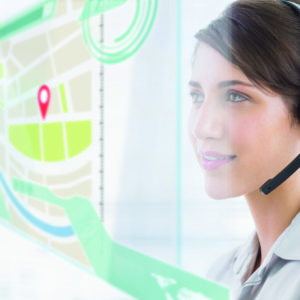 How can artificial intelligence and machine learning bolster the field of emergency response? Researchers, police officers, firefighters, and paramedics and EMTs all have their own ideas of what it should and could look like.

Researchers are already using machine learning for data analysis. Artificial intelligence is particularly adept at spotting patterns. You can plug information like 911 calls into a machine learning system and tell it to look for specific sequences. The system will be able to look through a large volume of calls—say thousands or millions—in a very short time and will be able to find patterns that are too rare or dispersed for humans to see. In this vein, millions of 911 calls can be analyzed to better prepare both emergency dispatchers and the public for future calls, as well as help improve the protocol.

Some people think that the future lies in self-driving ambulances. Self-driving cars are rapidly gaining ground, so why not ambulances? Stephen Rice, a researcher at Embry-Riddle Aeronautical University, outlined a few positive facets of self-driving ambulances. First, it’s safer than a human-driven ambulance. Driverless vehicles are less likely to have accidents when left to their own devices (most autonomous vehicle crashes involve a car being driven by a human). Second, it would ideally be a faster and smoother ride, with GPS telling it the quickest route. Third, it allows two paramedics to be in the back of the ambulance with the patient instead of only one while the other one drives.2 Two sets of hands is usually better than one, especially in an emergent situation.

Not everyone feels the same way. Rice helped perform a study in which they asked participants whether or not they would theortically be willing to ride in the back of an autonomous ambulance. Out of 1,000 adults in the U.S. who were studied, half were significantly less willing to ride in a driverless ambulance, even when they would receive care from two paramedics instead of one. A significant number of participants were “very negative” about riding in the back of a driverless ambulance and would absolutely refuse service.3 To be fair, an emergent situation is not the best time to ask someone to try something new and keep their fingers crossed that a human-driven vehicle won’t T-bone the ambulance at an intersection. Self-driving cars have some strides to make in gaining the public’s trust before most people will be on board with the idea of an ambulance driving itself. 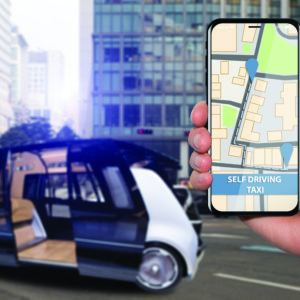 The Department of Homeland Security Science & Technology, the Pacific Northwest National Laboratory (PNNL), and Continuum (a design firm) are all collaborating on a project called Future of First Response.4 On their website, there are videos and information about the technology they are envisioning and designing to help make first responders safer and more equipped to handle all kinds of emergencies. They are currently working on prototypes for AI instruments that can be used by police officers, firefighters, and paramedics in potentially dangerous situations, like lightweight bulletproof and puncture-proof vests that also monitor the location, heart rate, and health status of the wearer.

For police, they also have a prototype for augmented reality glasses that can identify suspects and tap into public camera feeds to follow a suspect’s progress. For fire they are working on lighter turnout gear that protects the wearer from toxins as well as heat—it has cooling features and a multi-hazard detector—and helmets that incorporate a hands-free radio, voice amplification, and one-step SCBA attachment. For medical they’re in the process of building a driverless ambulance and patient tracking stickers that, when attached to the patient, will send biometric data to the receiving hospital. Time will tell whether or not these inventions will actually work and, if so, whether they’re cost-efficient to mass produce.

The field of AI in emergency services isn’t only populated by visionaries looking to create technology to be worn by a first responder; some inventors are tinkering with honest-to-goodness robots to go into places that are too dangerous for their human counterparts. These inventions, like drones and bomb disposal robots, are remotely controlled, but on a much bigger scale. Shipboard Autonomous Firefighting Robot—or SAFFiR—is currently in research and development by the U.S. Navy. SAFFiR is 5 feet 10 inches tall, weighs 143 pounds, stands on two legs, and is equipped with sensors that allows it to see through dense smoke. As of the last public report, it cannot “think” or act for itself and must be controlled by a human from a computer console.5

The European Union is funding a similar project by utilizing the minds of scientists from the University of Pisa in Italy, the École Polytechnique Fédérale de Lausanne (EFPL) in Switzerland, the Karlsruhe Institute of Technology in Germany, and the Université Catholique de Louvain in Belgium. Like SAFFiR, WALK-MAN is bipedal and also controlled remotely by a human operator, although its creators are working on making it self-sufficient. WALK-MAN is six feet tall and weighs 225 pounds. In a video on the Istituto Italiano di Tecnologia’s website, it is shown to open doors, operate levers, move obstacles, and use a fire extinguisher.6

There’s even artificial intelligence designed for the dispatch center. In Copenhagen, Denmark, an artificially intelligent assistant called Corti listens in on 112 (emergency) calls, transcribing the conversation and analyzing the words and other clues that point to a heart attack diagnosis. Should Corti find evidence of a heart attack, it alerts the emergency dispatcher, who then walks the caller through CPR instructions.7 In an early, small-scale study, the machine learning model knew the calls were reporting cardiac arrest 95 percent of the time, as opposed to the 73 percent of the time Danish emergency dispatchers can recognize them.8 This is not a criticism of emergency dispatchers; rather, it’s an opportunity for growth. If AI can fill in the gaps that human comprehension can’t quite reach, it benefits everyone.

Corti doesn’t use “clean” data, meaning it doesn’t use data that’s been scrubbed down to bare essentials. It listens to the conversation itself, not just a transcript of it. As we all know, how someone says something can be just as important as what’s being said. Corti listens to the gaps between words and breathing, things that other artificial intelligences on the market don’t necessarily do. 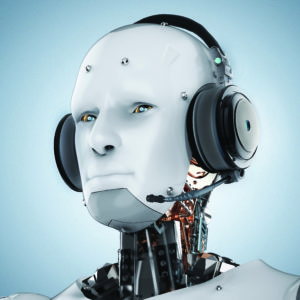 If artificial intelligence can review millions of emergency calls and see patterns that are too rare or dispersed for humans to see and if it can learn to listen and comprehend what’s being said over the phone, what’s keeping AI from replacing human emergency dispatchers all together?

Nudell answered this question by recalling that doctors worried about the same thing during the rise of Google. If people could simply Google their symptoms and find out how to treat whatever illness they had, why would they need doctors? As anyone who has Googled “sore throat” and came away convinced that they were dying of the plague can attest, there’s something to be said about utilizing a human professional who can understand context. AI is a tool to support the human emergency dispatcher in making good decisions.

“AI has the ability to reduce the noise,” Nudell said. “It can provide you with information in a way that tells you what you need to know to make a decision without you having to see or read all the information in explicit detail.”

Think of the last time you called your bank and an AI assistant told you to use a few words to describe your purpose for calling. After repeating yourself three or four times, the AI finally connected you … to the wrong department. Artificial intelligence is still in its learning stage and can be frustrating to deal with during important moments. There’s something comforting about hearing the voice of another person on the other end of the line, especially when you’re having an emergency. Machines aren’t great at feelings, either understanding or reciprocating them. And while an emergency dispatcher may not break down on every call, at least the caller believes they have the capacity to empathize with the situation. However, artificial intelligence and machine learning do have the potential to enhance the emergency dispatch experience. 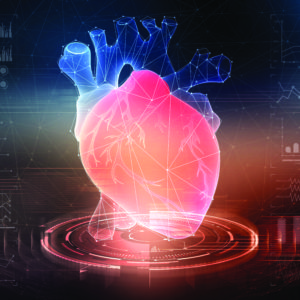 How does all of this fit into your role as an emergency dispatcher in a center that uses MPDS®, PPDS®, FPDS®, or ECNS™ or some combination of the four? Ron McDaniel, President of PDC, says that while machine learning technologies are flourishing in markets like banking and for-profit customer service, it hasn’t made it to public safety yet. However, it will be here sooner than one might think.

So does that mean PDC is looking for disembodied robots to replace you? Of course not!

“Everything we’re looking at is human augmentation,” McDaniel said. “We’re focused on making the jobs of emergency dispatchers easier and safer.”

Specifically PDC is looking at Quality Assurance and call queue monitoring technology. McDaniel would like to find an artificial intelligence with a high enough confidence factor that if you feed it 100 calls to review, it will find things it doesn’t understand in maybe 20 calls, which will then be reviewed by a human ED-Q™. This process will mean that even in centers with large call volumes, 100 percent of calls will be reviewed for quality without requiring humans to to 100 percent of the work.

While no one can say for sure what the future will be like, artificial intelligence and machine learning will certainly be part of it. It’s being integrated into more facets of society and it won’t be long before it hits the public service sector. No need to worry though; artificial intelligence comes as a helpful sidekick, not a voracious tyrant.