Hey! How Did I Get Here?

Remember your dream career as a kid? Maybe you were on a swing set, your toes pointing toward the stars, when it occurred to you that emergency dispatch was the Big Dipper of your destination.

And, then again, maybe not. If that’s not exactly how it went for you, then how did you end up in the emergency dispatch profession? Maybe you can relate to one of the following accounts from 10 individuals who landed here. 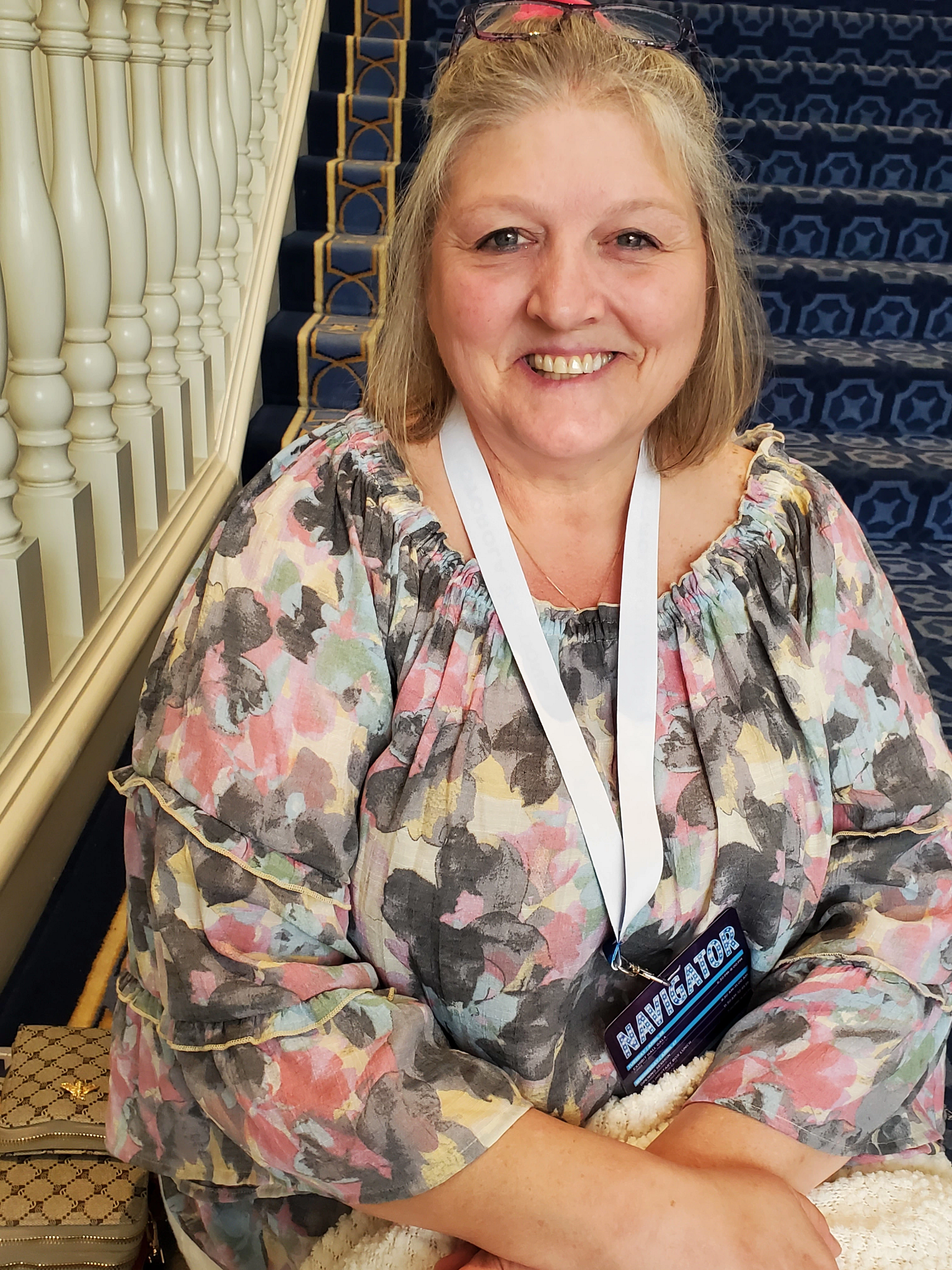 Paula Wilson, EMD, EFD, EPD, Deputy Director, Berkeley County Emergency Communications, Martinsburg, West Virginia (USA), started her working life during high school waiting tables at a restaurant. Pronounced customer service skills along with multitasking dexterity and the ability to hustle caught a 911 director’s attention. She suggested Wilson consider shifting to emergency communications. Though skeptical, Wilson applied, was hired, and discovered answering and dispatching emergency calls preferable to taking food orders and dealing with customer complaints in food service. During her 22-year career in emergency communications (and counting), Wilson has worked through the chains of command and always finishes her day knowing she’s made a difference. “I’ve delivered babies, talked people out of suicide, saved people in anaphylactic shock” and coached bystanders in Dispatch-Directed CPR. The profession’s not for just anyone, and you must be willing to make sacrifices in your personal life to make this career field work. You must be able to shift your position into the shoes of the person you’re helping, Wilson said. “You don’t take it personally. The pat on the back omes from within. The gift is knowing that you were 100% there for someone. You helped.” 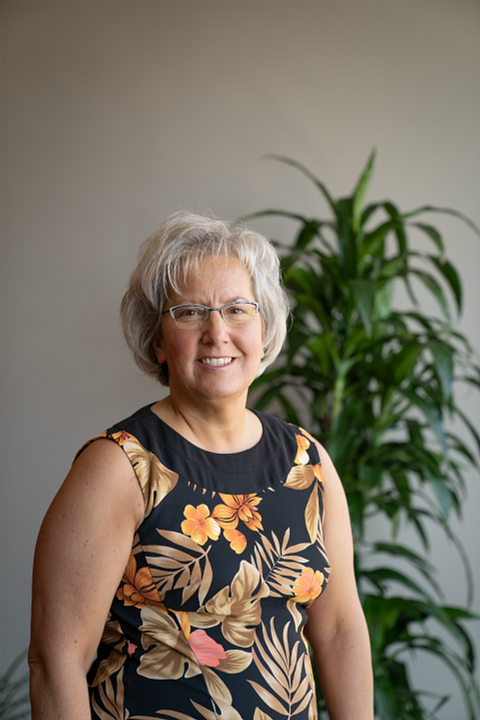 Jaci Fox, EPD, EFD, Business Analyst, Medicine Hat Fire Service, Alberta, Canada, was wired to pursue a career in emergency dispatch, and despite the 10 years since leaving the communication center, she stays tethered to the profession as the IAED™ Police Board of Curriculum Chair and QPR Lead for Police. She is a NAVIGATOR regular, having attended 12 conferences in the past 14 years (time off due to COVID-19), and co-presents the Wild and Crazy Police Calls session with her mentor, Eric Parry. Fox worked in the Medicine Hat 911 Regional Communication Centre in 2008 when Medicine Hat made emergency dispatch headlines for achieving the world’s first triple ACE. After they received triple ACE, she worked as the operations manager, where she continued to support the mentality for continued high performance. Like a lot of emergency dispatch professionals, Fox’s career started through a classified ad. She never looked back and, despite a shift in work responsibilities, she stays anchored in advocating the use of the IAED Protocols and promoting the generations following in her footsteps. “In all my years, I’ve worked with the best people who truly want to serve their communities,” Fox said. “The challenge has always been to encourage others to meet changes in the profession, not as barriers to what we do but as opportunities of where we can go and how we can do it better.” 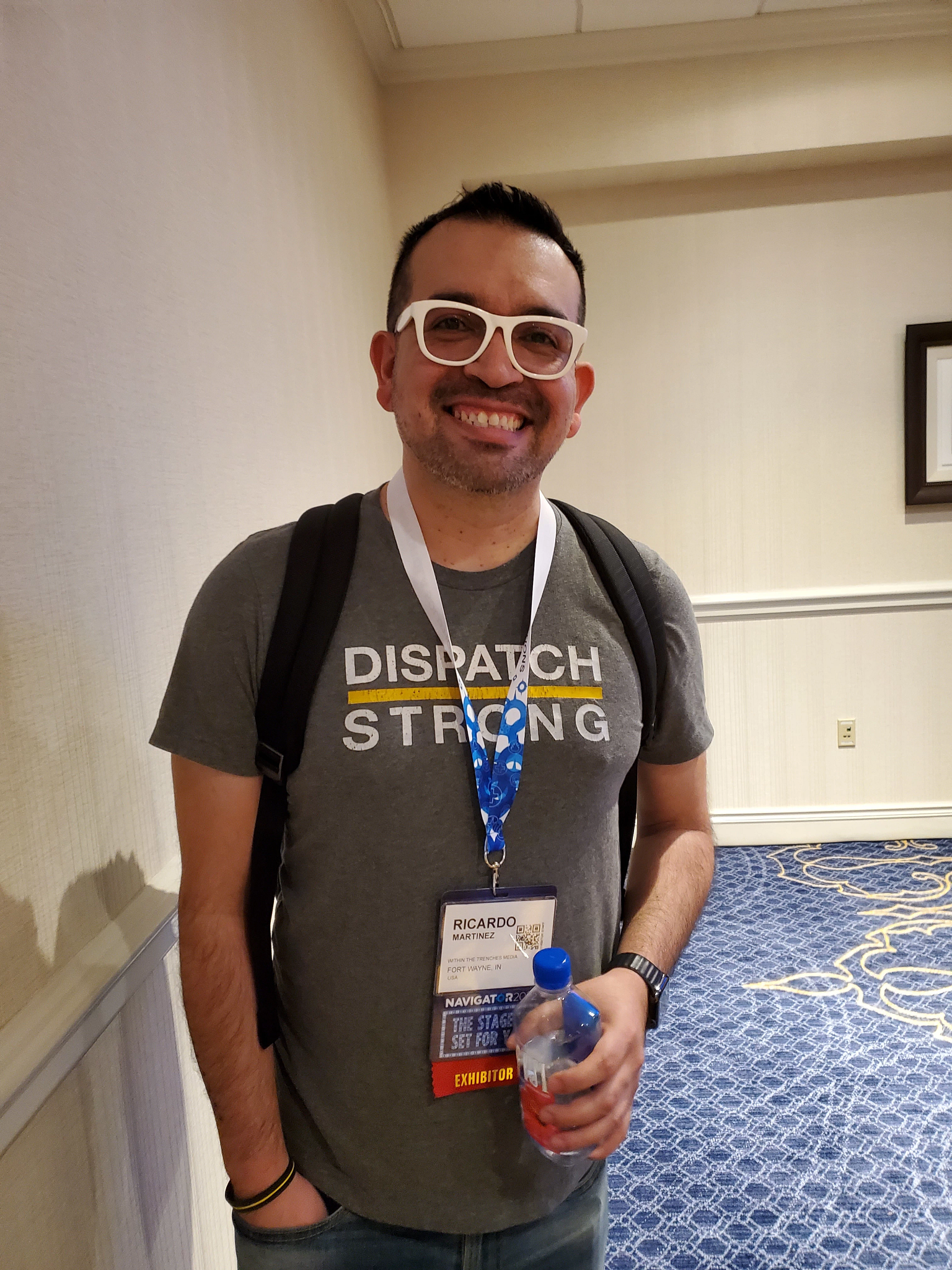 Ricardo Martinez II is host and creator of Within the Trenches, a podcast based on the experience of being a 911 emergency dispatcher. A former 911 emergency dispatcher with a keen wit and intuition for storytelling, he launched a blog eight years ago highlighting personal anecdotes, current events, and pop culture. The blog turned into a podcast, and he is now considered the profession’s beloved advocate through the "True stories from the 911 dispatchers who live them.” After all, he was one of them for a long time (13 years) and knows what they go through every day. Martinez describes storytelling akin to therapy. While some calls will never go away, talking about them offers healing and a degree of closure, he said. Sharing the experience helps. The podcast attracts an audience not exclusive to emergency dispatchers, which Martinez finds encouraging to greater public understanding. “The stories open their eyes. It’s not only about sending help. There’s so much more to what dispatchers do.” Martinez recorded 438 Within the Trenches episodes (as of April 30, 2022), a number not including live broadcasts at events such as NAVIGATOR. His goal? Not a number. He offers the platform as a way of giving back to the profession. You can be sure Martinez will never turn a deaf ear as long as there is even one person willing to share their story. 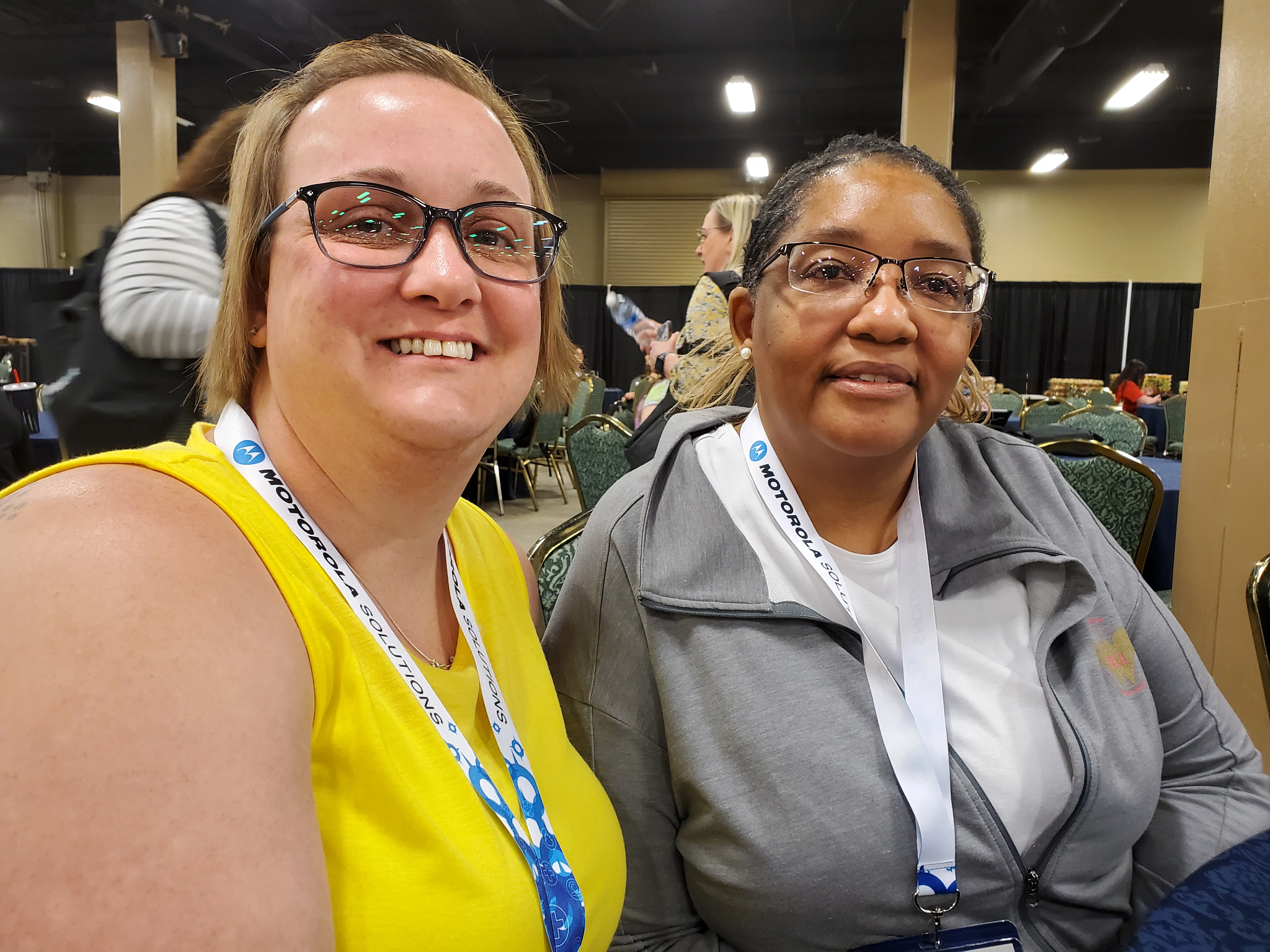 Wilma Monroe-Montgomery, EMD, Communication Manager, AAA Ambulance, Hattiesburg, Mississippi (USA), said she fell into emergency communications quite by chance. She was hired as a file clerk for a “mom-and-pop” EMS operation in San Bernardino, California (USA). She stretched to make the $5 hourly wage cover her living expenses, which meant bringing her kids along on the weekends. Proximity to emergency dispatch gave her earshot access to conversation and calls. Monroe-Montgomery took a risk, applied, and was subsequently hired to be the lone night shift emergency dispatcher. She did everything—answer calls, send dispatch, coordinate requests for other county services, and certified as an EMD. She moved on to other agencies and leadership positions. The 911 profession has been nothing short of rewarding over her 30-year career. “I get so excited when an EMD gets off the phone after having helped someone, and you can see the pride in what they do. I feel part of their success.” Monroe-Montgomery looks to the future of the agency and profession. She holds sessions tailored to leadership and chooses an EMD to join her at NAVIGATOR. This year’s choice, Rachel Hester, is in for the long haul. She said she has a “passion” for dispatch and attending NAVIGATOR was a goal she was eager to achieve. Monroe-Montgomery said she’s at her happiest recognizing the potential in AAA Ambulance and its people. “We’re not just dispatchers. We’re communication experts, and we need to be proud of what we do.”

Kimberla Hise, EMD, Department of Emergency Services, Lynchburg, Virginia (USA), couldn’t let go of the profession even after 37 years of continuous service. She’s now back part time covering vacancies and filling in whenever and wherever she can. Hise trained to be an EMT and switched to emergency dispatch out of a preference to work inside as the voice in helping people. In 1985, there were no computers in emergency dispatch. No CAD, and a requirement to recognize routes by street names. Emergency dispatchers wrote information from the caller on note cards, time stamped them, and sent them over to field responders (medical, police, and fire). “I was terrified of the responsibilities involved. I was just a kid.” She soon lost her fear through learning the ropes of emergency services and communications and understanding the information responders needed from her. In 2012, the department implemented EMD Protocols, which she said made a huge difference. “The structure made sense to me,” Hise said. “We finally had the instructions for helping people, and helping people is the reason we do this.” 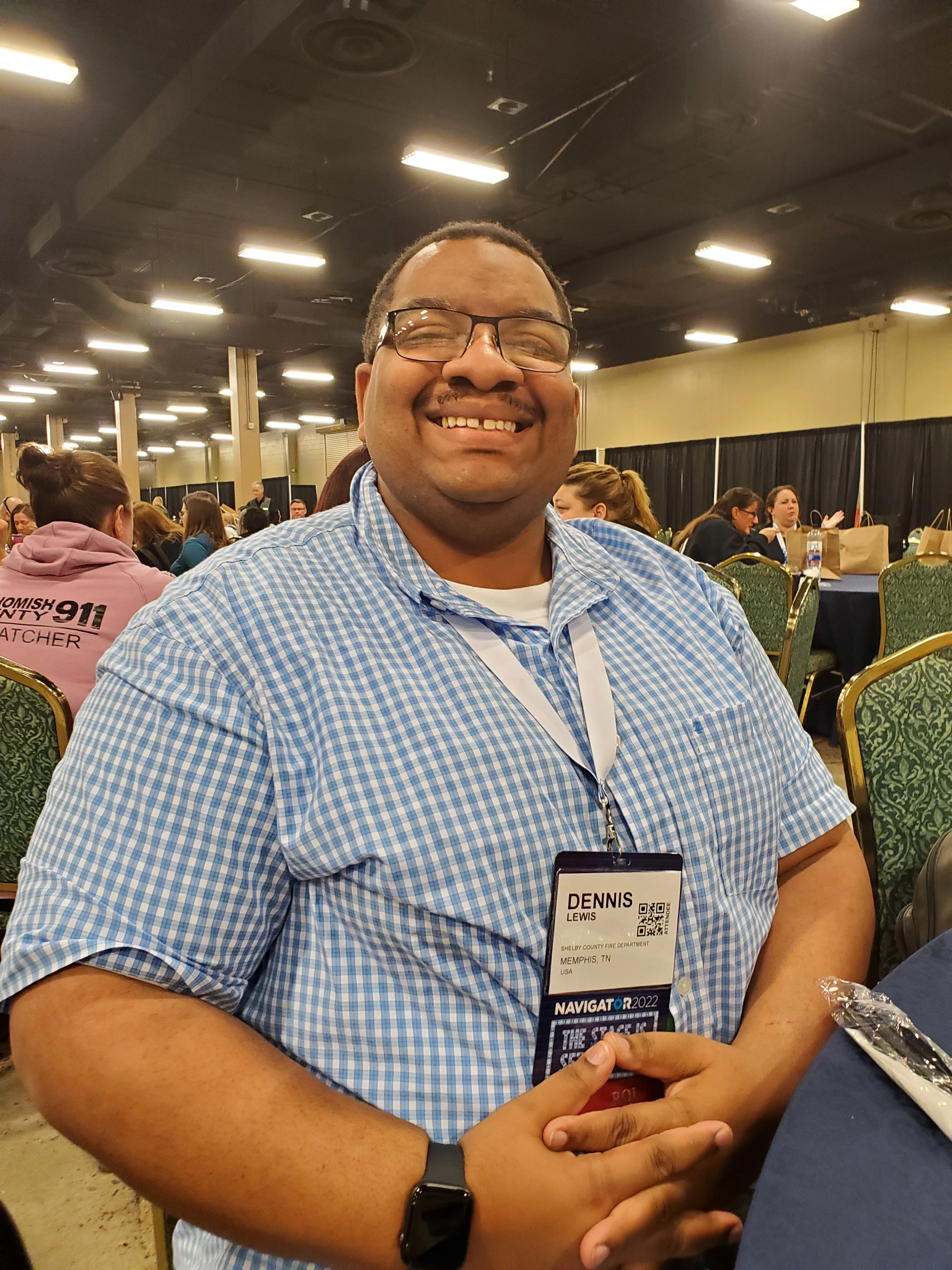 Dennis Lewis, EMD, Communications Commander – Manager A, Shelby County Fire Department, Memphis, Tennessee (USA), was looking to get out of the prison system 14 years ago. He had worked five years as a maximum security correctional officer (CO) and did not like what the job was doing to him. “I was turning into a harder person,” Lewis said. “It comes with the job, but once you’re in the system, it’s hard to find something else.” The experience, however, helped him land a job with the Memphis Police Department. While police officers and COs specialize in law enforcement, the roles and duties, Lewis discovered, are quite different. He applied for emergency dispatch at the Shelby County Fire Department, starting as a fire dispatcher, developing into the CAD specialist before becoming, in September 2021, communications commander. He was able  to meet the woman who had followed Lewis’ Dispatch-Directed CPR instructions in assisting her husband. He survived. Lewis likes the EMD Protocol. “If you give me something to do that’s good for the caller, I am with you all the way,” he said. 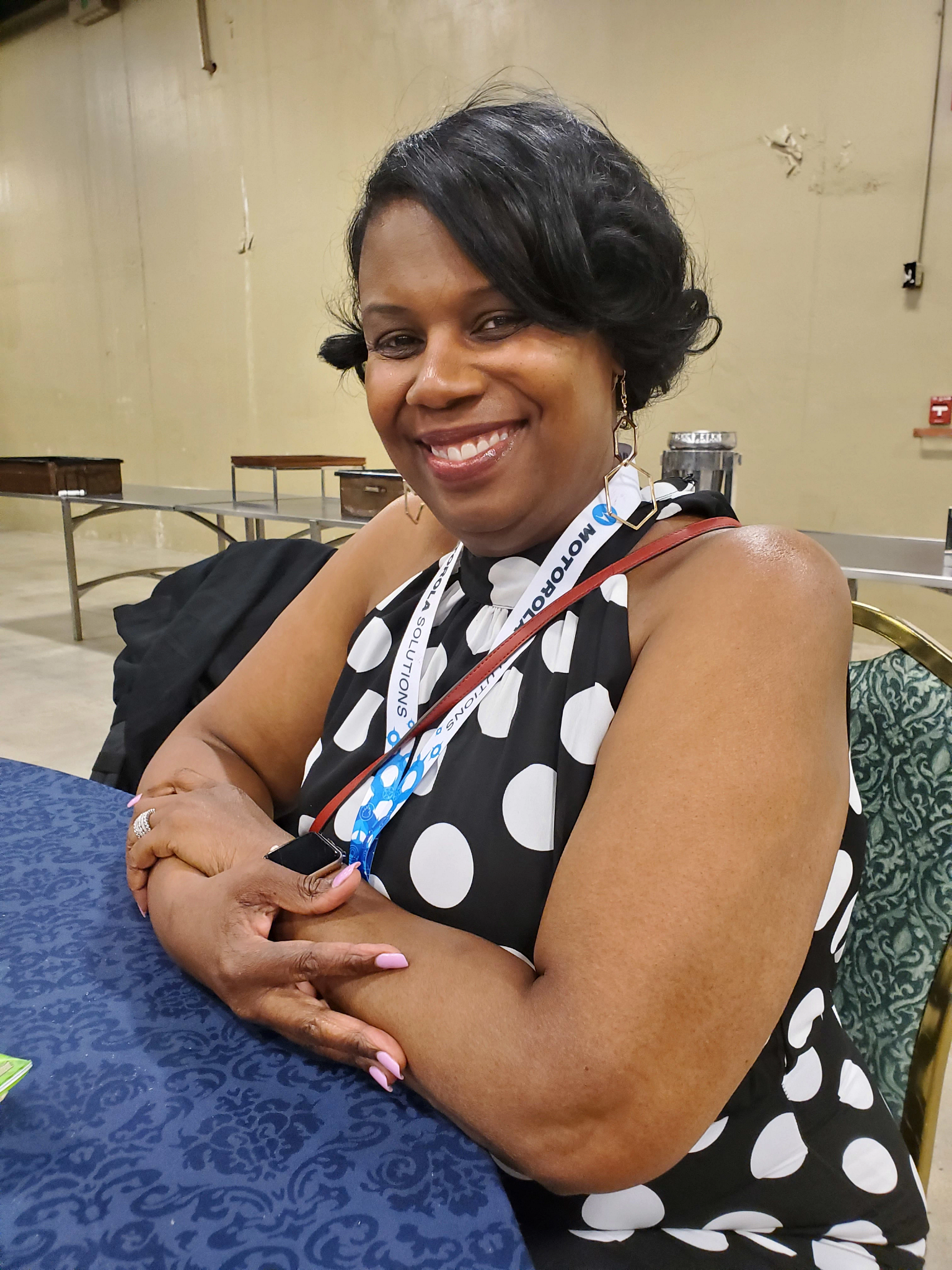 Keshia Johnson, EMD, Manager B, Shelby County Fire Department, Memphis, Tennessee (USA), started her career as a clerk for Memphis Fire and dispatched for the Memphis Office of Emergency Management before applying for an emergency dispatch position at Shelby County Fire Department in 2000. During the past 22 years, Johnson has been recognized for perfect attendance, exceptional performance, and as Supervisor of the Year by the Tennessee National Emergency Number Association affiliate (TENA) in 2015. Her goal has always been to help people and emergency dispatch proved a perfect fit since she could give lifesaving instructions over the phone. “I can’t be there to help, but I can talk to somebody and give instructions. I’m there for them.” Shelby County Fire implemented EMD Protocol in 2005 and while the transition was tough, the ability to give the right information soon became something they could depend on. “Now, we rely on it,” Johnson said. “We focus and follow its path knowing that we’re protected and helping the caller the best we can.” She advises newcomers to put their heart into what they do. “We might not hear it a lot, but we are valued for our efforts.” 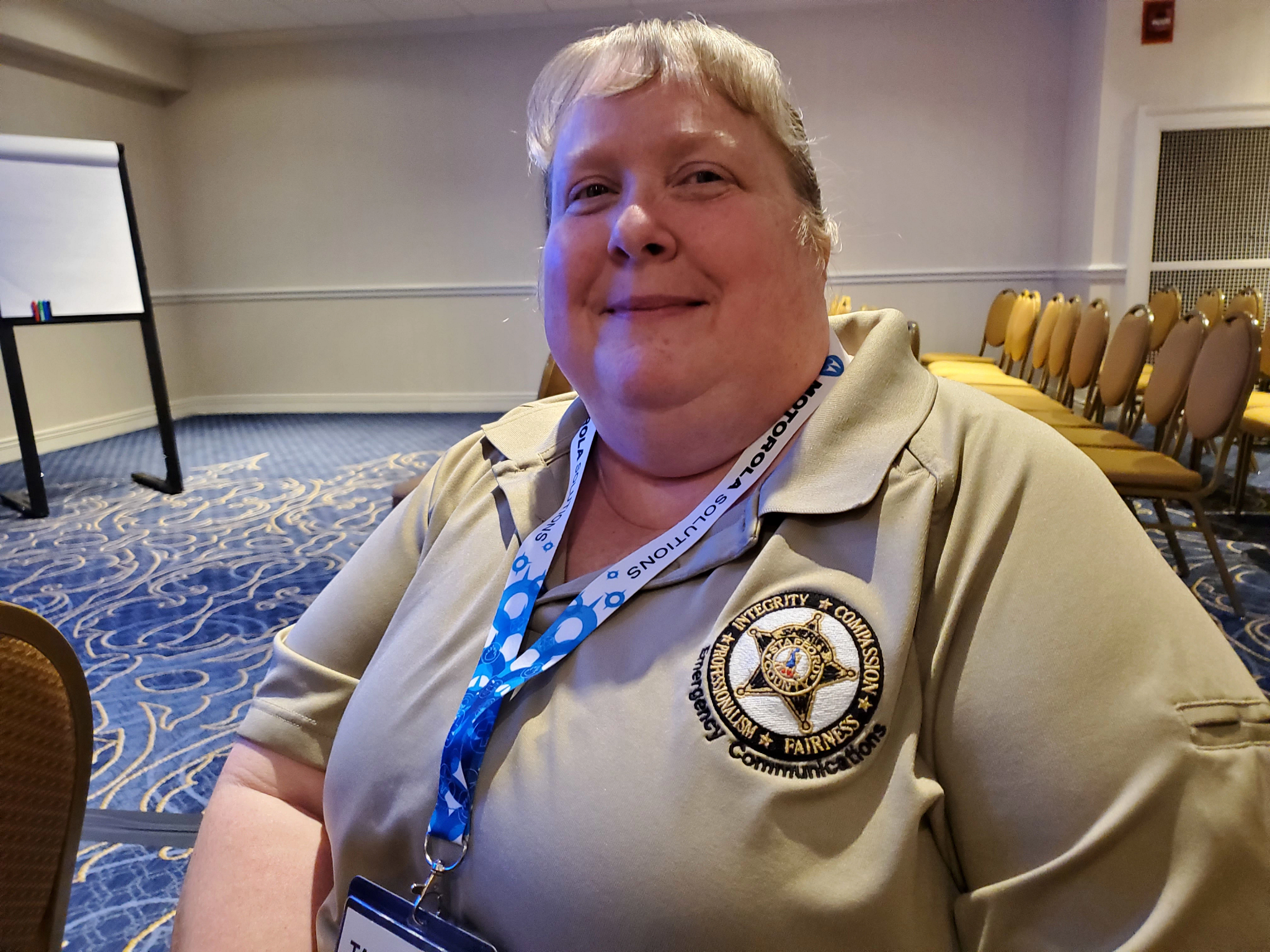 Thirty years in emergency dispatch with the Stafford County Sheriff’s Office, Stafford, Virginia (USA), and, for Tammy Tolson, EMD, EFD, the profession keeps its luster. “I feel good about helping people and making a difference in their lives,” she said. “I was meant to do this. There’s a sense of purpose that sets dispatch apart” from other occupations. Tolson moved through several jobs after graduating from high school and never found a foothold until trying her hands at EMS. She was encouraged to apply in 911 communications and caught on quickly to the note-taking pen and paper dispatch system. Training was on the job and over the years, she has received innumerable exceptional performance commendations. Tolson has delivered babies, given CPR instructions, and assisted field responders through crises. The profession is never without challenges, Tolson said, particularly with the changes in technology, addition of protocols, and finding avenues to get past the stress. “You’ve got to love what you’re doing, or you won’t last,” she said. “It’s not a profession for everybody 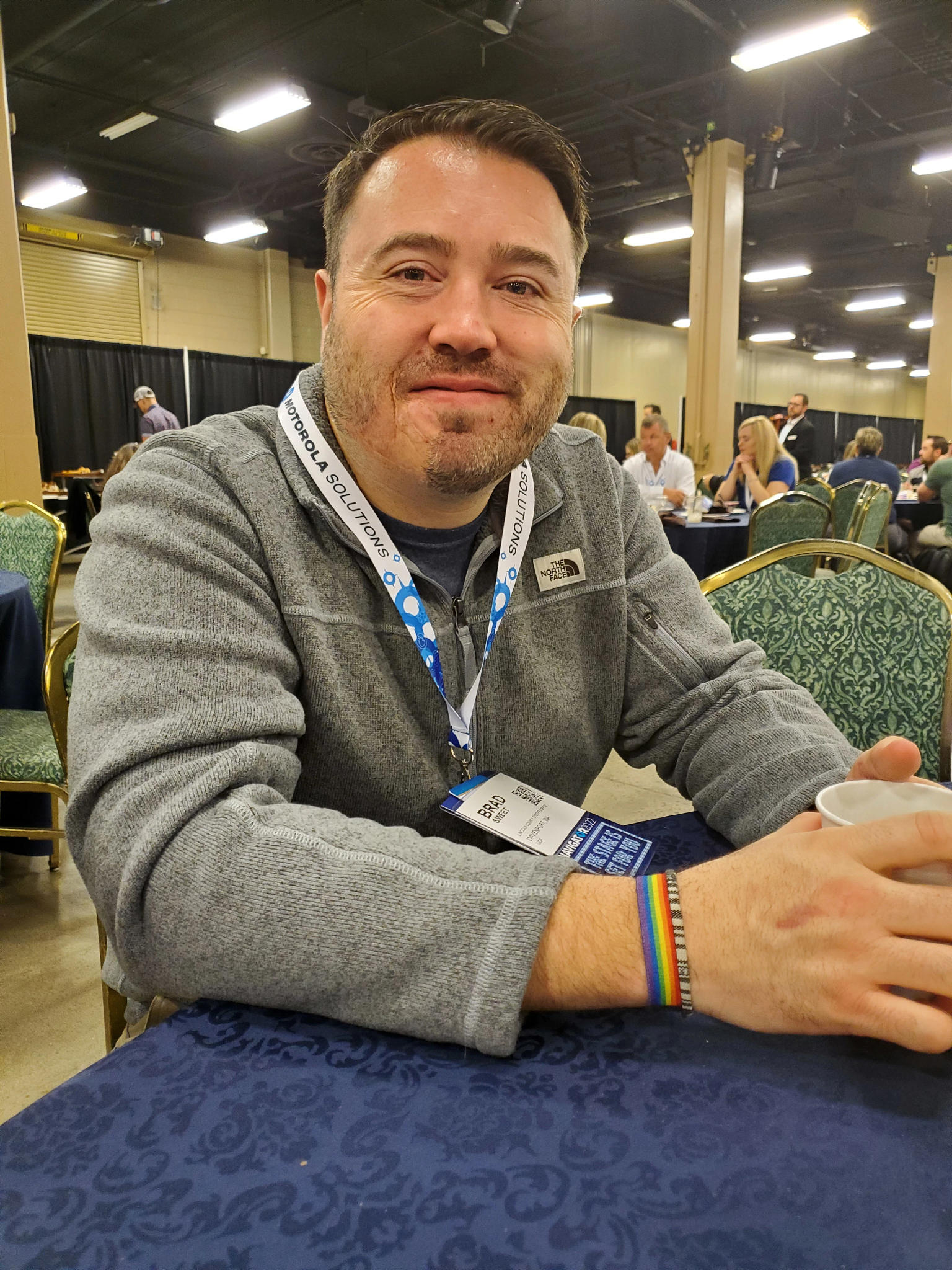 Brad Sweet, EMD, EPD, Communications/Corrections Deputy, Lincoln County Sheriff’s Office, Davenport, Washington (USA), is the consummate public servant. As a lifelong resident of Lincoln County, he went from attending public schools to serving on the Davenport District School Board and during his last year on the board ran for Davenport mayor. He was elected and is currently in his second four-year term. He prioritized finishing construction at the municipal airport, including the addition of a hangar to accommodate air ambulance services. Similar to being mayor of a small town, he has handled multiple responsibilities during his 16 years as a Communications/Corrections Deputy at the sheriff’s office. The position was not what he anticipated, no more than did Scott Blomgren, EMD, EPD, Communications/Corrections Deputy, who started his career with the Lincoln County Sheriff’s Office ne 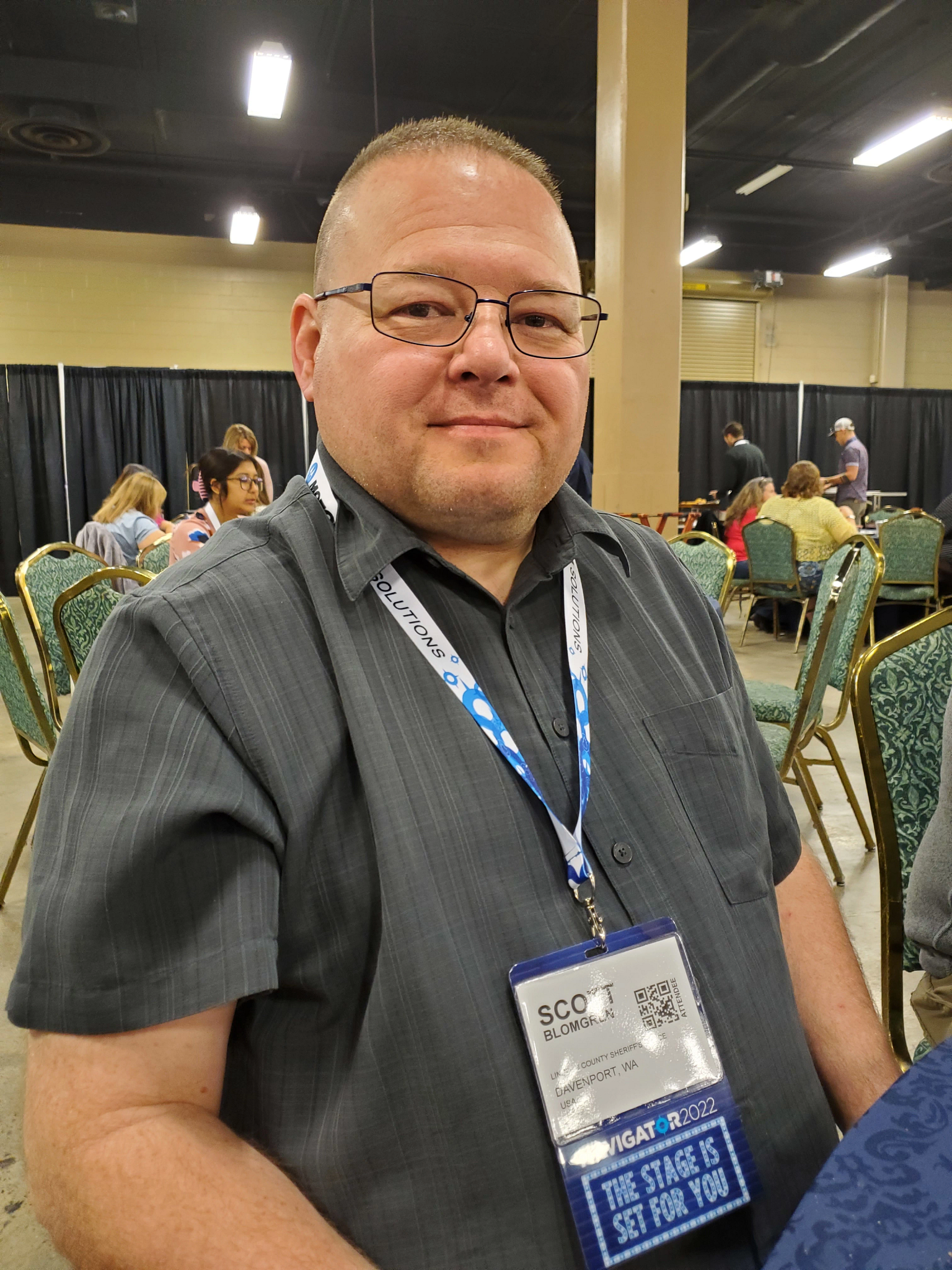 arly 24 years ago. The division employs nine deputies under the supervision of the 911 coordinator and jail superintendent. The deputies answer 911 emergency and non-emergency business line calls, process calls for service and dispatch to responding units, and conduct records management. On the jail side (25 fixed bed facility), they book, release, and provide custodial maintenance of tribal, county, state, and federal inmates in a correctional facility. Blomgren likes the “full circle” the combined position entails. They often know the outcomes of their calls, which is a luxury few communication centers provide. How did they get into the profession? Sweet was originally in banking. Blomgren heard about the job from a college roommate. “I could go elsewhere but it would be difficult adjusting without being able to go full circle,” said Blomgren, the 2018 Corrections/Dispatch Employee of the Year. “I like having the closure.”