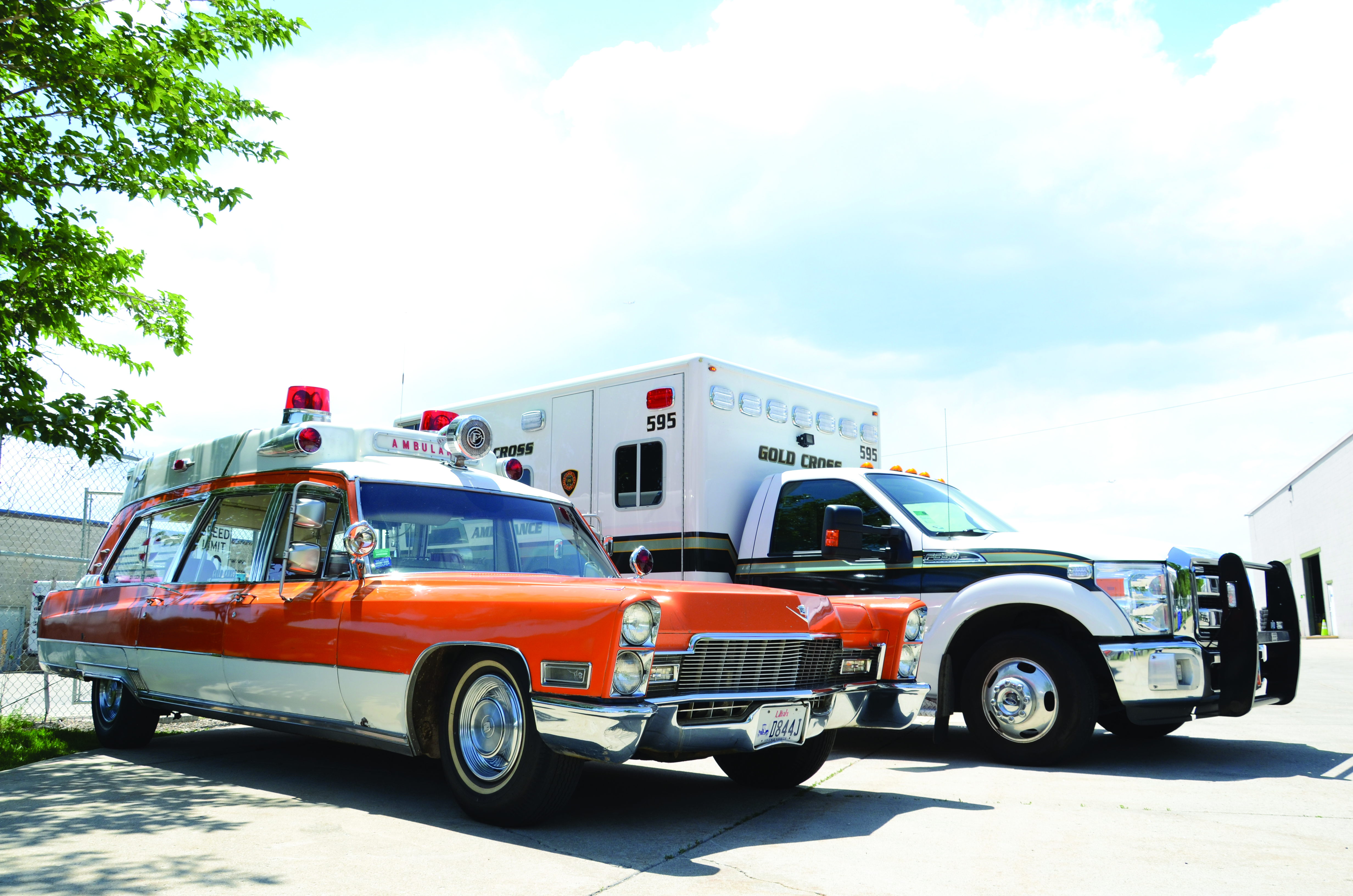 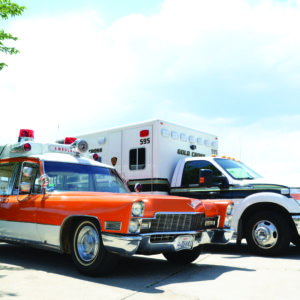 Their similarities are glaring: a push for best practice standards, a focus on training and education of staff, and an emphasis to remember who is keeping you in business. Both people have been around EMS for a long time, and their legacies will last far beyond their lives.

Their success, finding root in the late 1960s, comes from drive and a visionary capacity to chart courses where none had existed until that time. Both are dynamic and innovative and arrived at the cusp of a new phase of public safety: EMS.

“These were early days in EMS,” said Jeff Clawson, M.D., and inventor of the medical, fire, and police emergency protocol systems (MPDS®, FPDS®, and PPDS®). “What he did was a big influence in what I ultimately decided to do.”

Gold Cross is a solid medical ACE (three re-accreditations since their initial ACE in 2007) and uses ProQA® Paramount. Moffitt sits on the Academy’s College of Fellows.

“Jeff was always the renegade,” Moffitt said. “He was a great employee. He’s a great friend. We didn’t always agree, but we’ve both always wanted what was best for EMS.”

Gold Cross celebrated its 50th anniversary in business on March 28, 2018.

The International Academies of Emergency Dispatch® (IAED™) turns 30 this year. 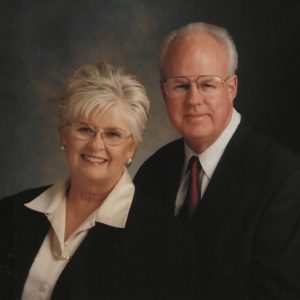 Moffitt was an electronic technician for Utah’s division of Sperry Rand Corp. when periodic lay-offs due to adjustment in various programs convinced him to go full time using his electronics background for the city’s sole ambulance service¾Intermountain. Dr. Clawson got his first look at emergency services with the same ambulance service where his first call¾a cardiac arrest¾changed the course of his college education. He went from paleontology to getting accepted to medical school in the spring of 1970.

Moffitt left Intermountain to start Gold Cross Ambulance along with his wife, Julia. She was at home, seated at the couple’s kitchen table, and dispatched responses for emergency medical calls forwarded from the police department (there was no 911). He drove a 1968 Cadillac ambulance to transfer patients between care facilities and to hospitals for emergency care. Gold Cross and Intermountain Ambulance later alternated police call days and, in addition to emergency response, Gold Cross transferred patients between medical facilities.

Moffitt’s company grew. He was hiring. Dr. Clawson, by this time a pre-med student at the University of Utah, applied. He had already worked for several months at Intermountain Ambulance.

“My second real job was with his ambulance company,” Dr. Clawson said. “I asked him [Moffitt] after my interview if he hired me because I was applying to med school, and several other good reasons, and he replied, ‘No. You were just the first guy that showed up in a suit and tie.’”

Dr. Clawson went on to medical school in Utah and an emergency medical residency on the LSU Service at Charity Hospital of New Orleans at Louisiana (USA). It was during his first year at the “Big Free” that Dr. Clawson conceived the core of what would become the medical protocol system he later launched after returning to Salt Lake City.

Context of the times 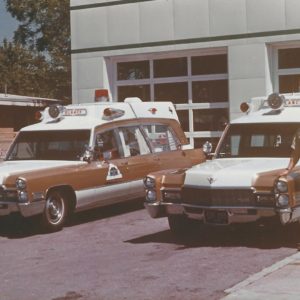 The late 1960s and early 1970s was a pivotal period for the emerging specialty of EMS.

“Death in a Ditch,” published in the May-June 1967 issue of the Bulletin of the American College of Surgeons, introduced responders to concepts for the safe extrication, emergency on-site splinting and bleeding control care, and transport of patients involved in vehicular accidents.1 Written by J.D. Farrington, M.D., then a trauma surgeon in Minocqua, Wisconsin (USA), the article remains one of the most widely requested articles published in the Journal.2

A 1972 report by the National Academy of Sciences substantiated the trauma of traffic accidents and inadequate on-scene emergency care. The report showed an estimated 1.5 million people injured in accidents each year, of which 115,000 were killed, and claimed that better emergency treatment could prevent 90,000 of these fatalities.3 The TV show “Emergency!” made the Los Angeles, California (USA), paramedic program the envy of thousands nationwide.

At the time of the National Academy of Science report, roughly “half of the country’s ambulance services were provided by 12,000 morticians, primarily because they owned the only vehicle that could at that time accommodate a patient on a stretcher.”4 Ambulances services, where they existed, were intended to simply transport accident victims to the nearest hospital without providing any ABCs (airway, breathing, and circulation) or stabilizing care. Salt Lake City provided its ambulance service through the police department in a paddy wagon-like vehicle, and, up until 1974, Red Cross first-aid courses were the primary source for training ambulance drivers and attendants.

Two major funding sources helped change EMS in Utah and across the county.

In February 1974, the Utah Board of Health approved minimum ambulance standards including regulations for equipment and mandatory EMT certification. At the same time, the contract between the city and Intermountain Ambulance was due to expire.

Nowhere to grow but up 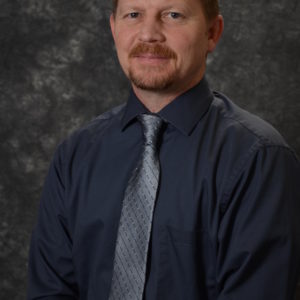 Gold Cross took off from there, expanding from a building leased near downtown Salt Lake City to a central campus, west of downtown, accommodating ambulance maintenance and supply and emergency communications (and corporate headquarters located just south of their operations building). The company is under contract with three of the Salt Lake Valley’s largest fire departments, which still includes Salt Lake City. Outlying ambulance service areas are stationed in four counties and all are dispatched from the secondary PSAP in Salt Lake City. Staff has skyrocketed to 500 employees under the Moffitt family leadership.

Chris Nilsen started with Gold Cross in 1996 and was hired on as an EMT. Then he completed his paramedic training in 2002 and for several years attended to emergency calls and interfacility transfers. Nilsen began working in dispatch part time in 2004 in addition to working as a paramedic and paramedic supervisor. He has been Communication Director since 2011 and oversees 15 full-time EMDs in three shifts answering 60,000 calls annually.

Nilsen depends on a rigorous training course, which in the classroom takes from six to eight weeks, depending on experience and the ability to pick up on ProQA® (understand the process). New hires and experienced EMDs are paired for on-floor training.

Training is part of the reason the communications department¾like most of Gold Cross¾is known for longevity of employment.

EMD Sharmaine Solomon wanted a change from dispatching maintenance services for Delta Airlines five years ago. The experience got her in the door, while her patience and quick learning have made her an invaluable member of the communications team. The transition, however, wasn’t as easy as she first expected.

“I was surprised,” she said. “I never thought it would be so demanding. Everything seems to happen at once¾and all the time.”

Gold Cross posts a running tally of numbers in the employee display case downstairs from the dispatch center. The printouts include monthly reports as well as annual accounting, such as the most often used Chief Complaints for 911 responses in Salt Lake City like Protocol 26: Sick Person (Specific Diagnosis), assigned 3,902 times in 2017, and Protocol 25: Psychiatric/Abnormal Behavior/Suicide Attempt, assigned 2,250 times in 2017.

Protocol 25 and Protocol 23: Overdose/Poisoning (Ingestion)—the third most used Chief Complaint at 1,944 times in 2017—reflect the signs of the times, as they do in most major urban areas. Salt Lake City has a large homeless population and an illicit drug problem fueled by the opioid epidemic.

“We’re in a constant state of readiness,” Nilsen said. “We receive calls from all over the state, and many of them direct because they don’t want a fleet of emergency vehicles in front of their house.”

Solomon said she seldom learns the outcomes and prefers it that way.

“Unless it’s in the news, we don’t hear,” she said. “I think that’s better because it keeps things positive. I tell myself ‘they’re going to survive,’ and take the next call without worrying about the last.” 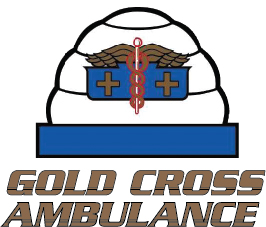 Moffitt keeps his hands immersed in the business. He goes to the office daily, chairs the board meetings, attends staff meetings, and knows just about every employee by name. He is known throughout Utah and much of the country for his contributions to EMS and, in addition to professional posts (such as past President of the American Ambulance Association), he has received innumerable honorariums. In 2017, JEMS presented him with a Lifetime Achievement Award for Outstanding Service in EMS. In 2013, he received the Lifetime Achievement Award from the American Ambulance Association (AAA).

Those are simply two of a much longer list important to Moffitt but, in all honesty, not the reason Gold Cross has remained in business in Utah for 50 years.

“I have a company that is a staple in the community, and I was blessed enough to make that happen,” he said.

It’s similar to what Dr. Clawson intended in 1979 with the introduction of protocol.

“What Jeff did was a wonderful thing,” Moffitt said. “We both have created something that will stay here long after we are gone.”