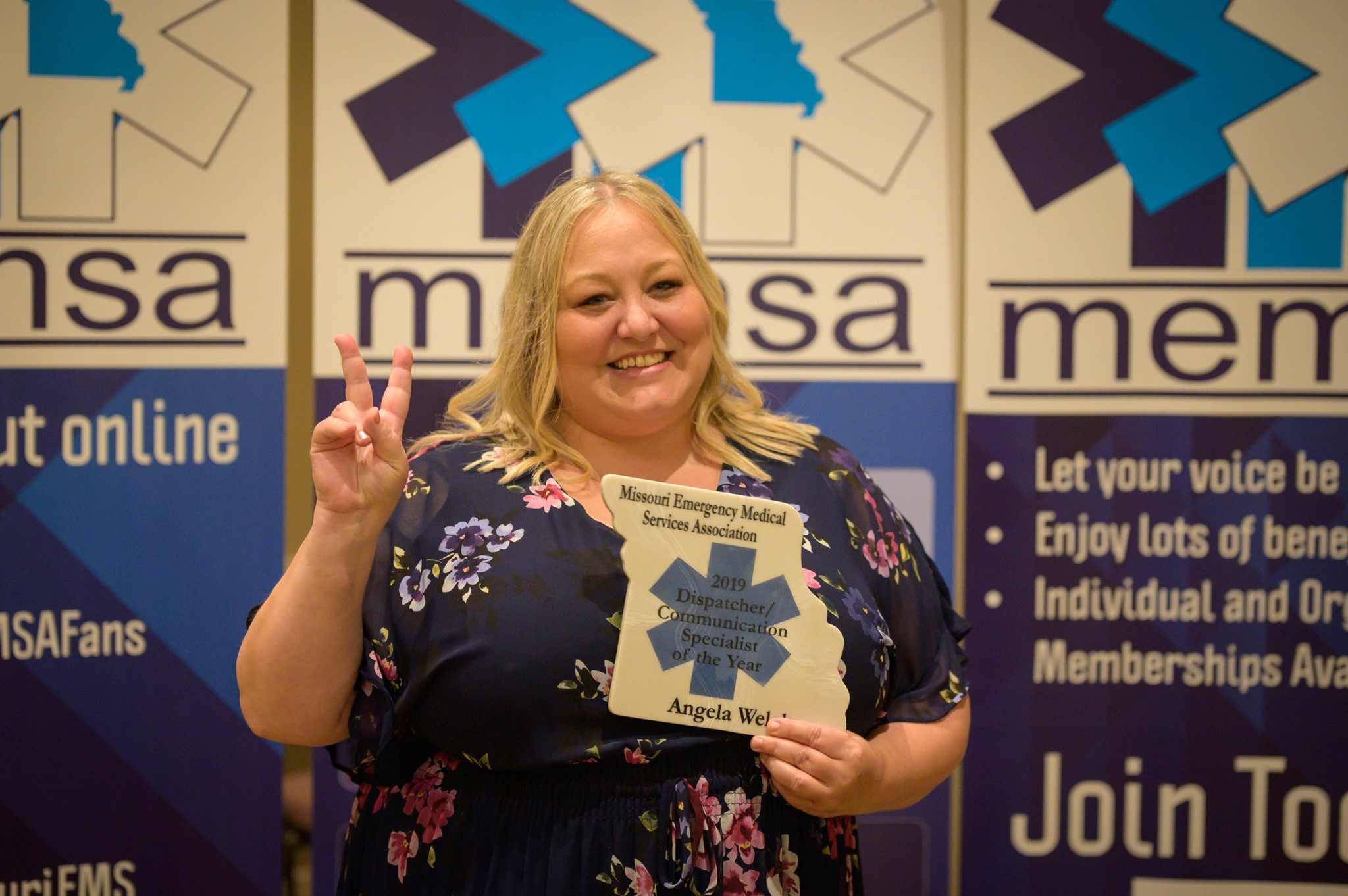 Amanda Tudor has seen a lot during her 14 years in TCAD Paramedics Communications Center, which is on its face contrary to an obvious element to the profession.

The anonymity over the phone in a nonvisual environment appeals to Tudor while, at the same time, complements her priorities to help people and safeguard those sent in response. She also likes working in the background to help improve communication services and strengthen the bond between each link of the Taney County Ambulance District (TCAD Paramedics) operations (Hollister, Missouri, USA).

“You can’t beat the challenge, and I get to help people without seeing anything,” said Tudor, Communication Center Manager.

Less obvious to callers but always visible to Tudor is the profession’s on the go nature.

Tudor recalls a change in guard at TCAD Paramedics nearly 10 years ago that made things a bit rocky for the ambulance service although, in the short run, provided the management team guidance for the service to push forward. TCAD Paramedics Chief Darryl Coontz introduced system status management (SSM)—locating ambulances based on expected demand—which is an operational cost savings universally embraced in EMS. From there, things just seemed to snowball. The Medical Priority Dispatch System™ (MPDS®) fell right in place with the triaged priority code for all calls for allocating resources.

Tudor advanced to the next challenge, achieving an Accredited Center of Excellence (ACE). She focused on training and quality assurance. Angela Welch, an EMD trainer and EMD-Q®, earned an advanced EMD-Q certification and reviewed calls. A heavy-handed approach was never even debated.

“They were all in,” Tudor said. “They know everything I do is for them and our center, and if I don’t have them, I don’t have a center.”

Protocol, certification, updated and integrated CAD, ACE, constant education, and training added up to what Tudor never saw coming. She was named the 2019 Missouri Ambulance Administrator of the Year by the Missouri Emergency Medical Services Association (MEMSA). Tudor is the first communication center manager in Missouri to receive the award (Coontz received the award in 2016). Welch was up next, receiving the 2019 Missouri Communications Specialist of the Year award. Welch has been with TCAD for 10 years.

TCAD’s communication force keeps on pushing ahead. They’re implementing pieces of NG911. Tudor sees expansion in the future, particularly in providing contract EMD services to neighboring counties. After all, the benefits of EMD are well-known and those without access do know what they’re missing.

“I want to get our dispatch center out there, so everyone gets better service,” she said.

Tudor’s full schedule doesn’t leave much time for reflection. She was certainly flattered by the award and credits it to staff, ongoing projects, accreditation, and disaster preparedness.

But how did Tudor see the award come about? Ambition?

“Maybe that’s the word for it,” she said. “I am constantly doing something.”

TCAD, in southwest Missouri, covers 632 square miles, including the popular tourist destination Branson. Taney County has a year-round population of 53,575 residents and another 7.5 million visitors annually. TCAD responds to 12,000 requests annually and has provided emergency and non-emergency services to Taney County since 1976. TCAD is the only dual-accredited IAED™ ACE/CAAS (Commission on Accreditation of Ambulance Services) ambulance service in Missouri.

Symbol of “rebirth and renewal” is the extremely fitting tribute to EMDs who provide MPDS® instructions for CPR to a bystander.