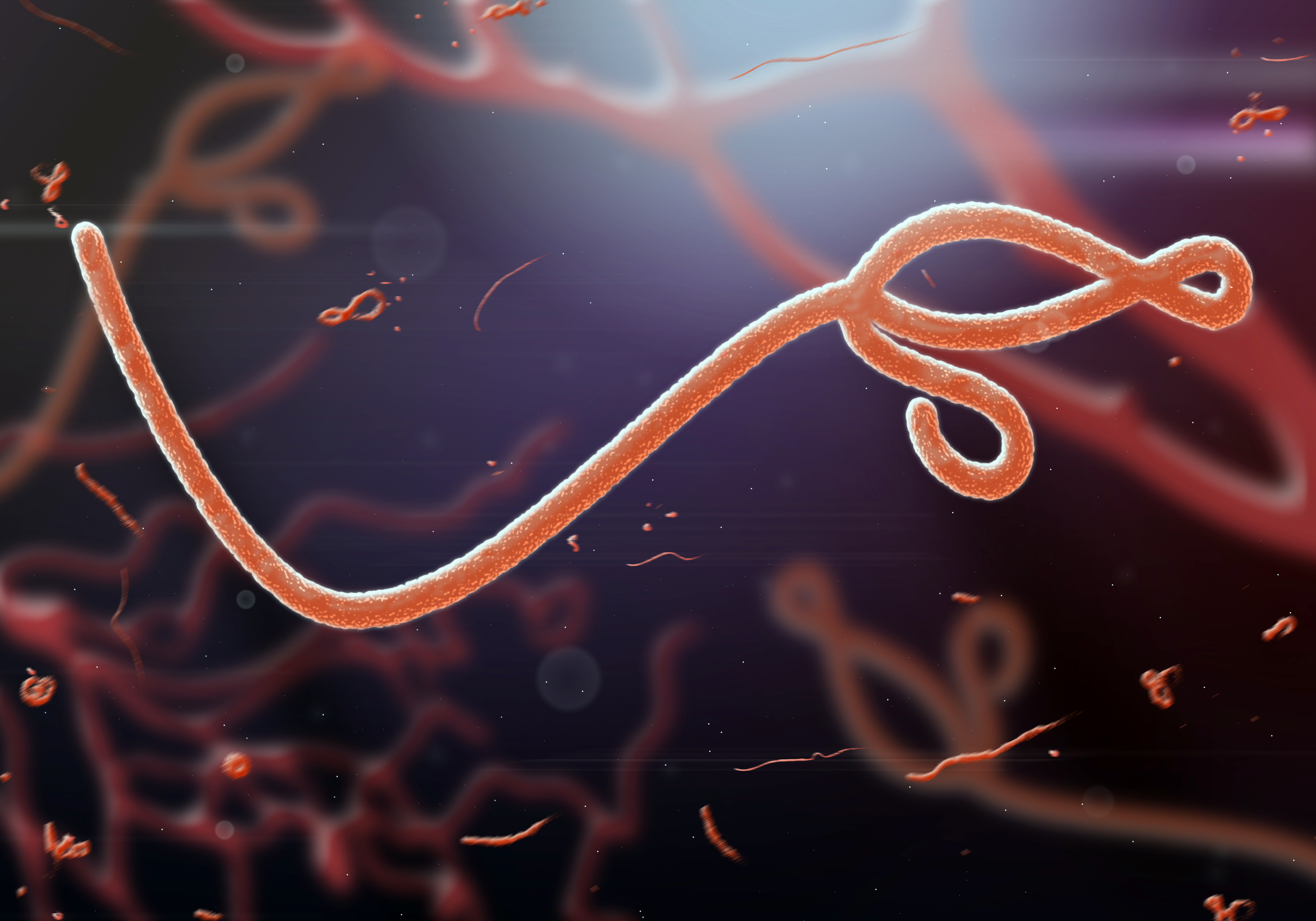 By David Warren and Lauran Neergaard

DALLAS (AP) — The first case of Ebola diagnosed in the U.S. was confirmed Tuesday in a patient who recently traveled from Liberia to Dallas — a sign of the far-reaching impact of the out-of-control epidemic in West Africa.

The unidentified man was critically ill and has been in isolation at Texas Health Presbyterian Hospital since Sunday, federal health officials said. They would not reveal his nationality or age.

Authorities have begun tracking down family, friends and anyone else who may have come in close contact with him and could be at risk for becoming ill. But officials said there are no other suspected cases in Texas.

At the Centers for Disease Control and Prevention, Director Tom Frieden said the man left Liberia on Sept. 19, arrived the next day to visit relatives and started feeling ill four or five days later. He said it was not clear how the patient became infected.

There was no risk to any fellow airline passengers because the man had no symptoms when he was traveling, Frieden said.

Ebola symptoms can include fever, muscle pain, vomiting and bleeding, and can appear as long as 21 days after exposure to the virus. The disease is not contagious until symptoms begin, and it takes close contact with bodily fluids to spread. 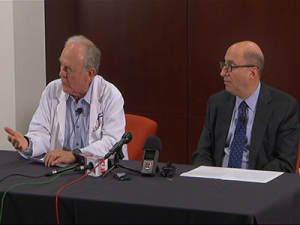 "I have no doubt that we'll stop this in its tracks in the U.S. But I also have no doubt, that as long as the outbreak continues in Africa, we need to be on our guard," Frieden told reporters.

"It is certainly possible that someone who had contact with this individual, a family member or other individual, could develop Ebola in the coming weeks," he added. "But there is no doubt in my mind that we will stop it here."

He said he didn't believe anyone on the same flights as the patient was at risk.

"Ebola doesn't spread before someone gets sick and he didn't get sick until four days after he got off the airplane," Frieden said. 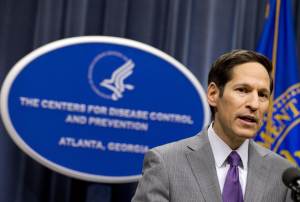 Director of Centers for Disease Control and Prevention Dr. Tom Frieden speaks during a news conferen …
Word of the infection alarmed the local Liberian community.

"People have been calling, trying to find out if anybody knows the family," said Stanley Gaye, president of the Liberian Community Association of Dallas-Fort Worth. "We've been telling people to try to stay away from social gatherings."

Four American aid workers who became infected in West Africa have been flown back to the U.S. for treatment after they became sick. They were cared for in special isolation facilities at hospitals in Atlanta and Nebraska. Three have recovered.

Also, a U.S. doctor exposed to the virus in Sierra Leone is under observation in a similar facility at the National Institutes of Health.

The U.S. has only four such isolation units. Asked whether the Texas patient would be moved to one of those specialty facilities, Frieden said there was no need and virtually any hospital can provide the proper care and infection control. 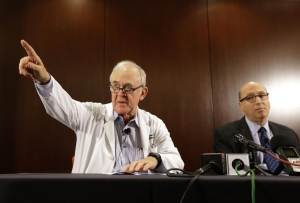 "We don't have those problems. So we're perfectly capable of taking care of this patient with no risk to other people," Goodman said.

After arriving in the U.S. on Sept. 20, the man began to develop symptoms last Wednesday and initially sought care two days later. But he was released. At the time, hospital officials did not know he had been in West Africa. He returned later as his condition worsened.

Blood tests by Texas health officials and the CDC separately confirmed an Ebola diagnosis on Tuesday.

State health officials described the patient as seriously ill. Goodman said he was able to communicate and was hungry. 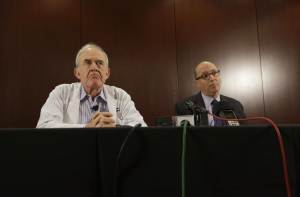 Since the summer months, U.S. health officials have been preparing for the possibility that an individual traveler could unknowingly arrive with the infection. Health authorities have advised hospitals on how to prevent the virus from spreading within their facilities.

People boarding planes in the outbreak zone are checked for fever, but that does not guarantee that an infected person won't get through.

Liberia is one of the three hardest-hit countries in the epidemic, along with Sierra Leone and Guinea.

Ebola is believed to have sickened more than 6,500 people in West Africa, and more than 3,000 deaths have been linked to the disease, according to the World Health Organization. But even those tolls are probably underestimates, partially because there are not enough labs to test people for Ebola.

Two mobile Ebola labs staffed by American naval researchers arrived this weekend and will be operational this week, according to the U.S. Embassy in Monrovia. The labs will reduce the amount of time it takes to learn if a patient has Ebola from several days to a few hours.

The U.S. military also delivered equipment to build a field hospital, originally designed to treat troops in combat zones. The 25-bed clinic will be staffed by American health workers and will treat doctors and nurses who have become infected. The U.S. is planning to build 17 other clinics in Liberia and will help train more health workers to staff them.

Neergaard reported from Washington. Associated Press writers Nomaan Merchant in Dallas and Emily Schmall in Fort Worth; Jonathan Paye-Layleh in Monrovia, Liberia; and Francis Kokutse in Accra, Ghana, contributed to this report.