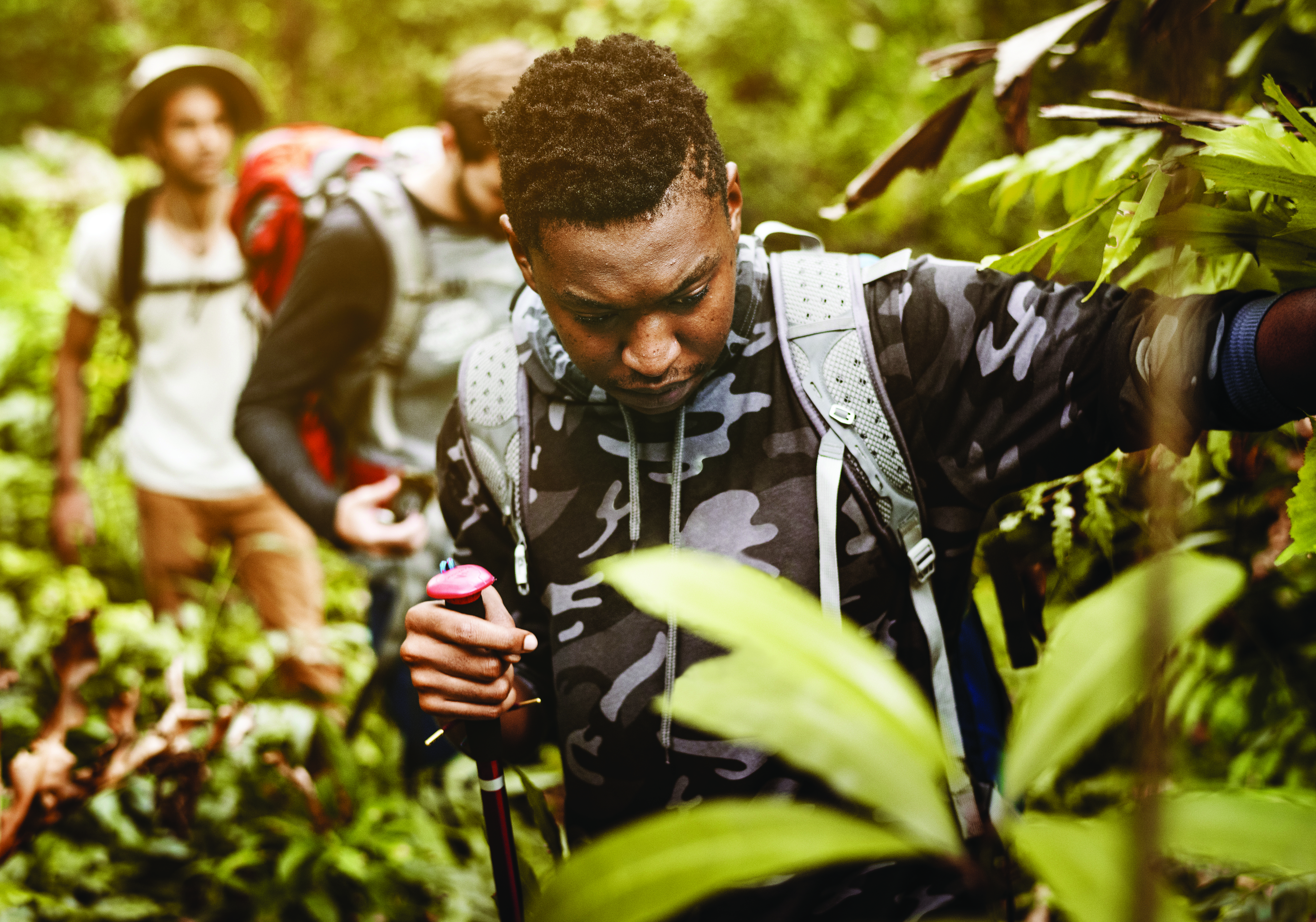 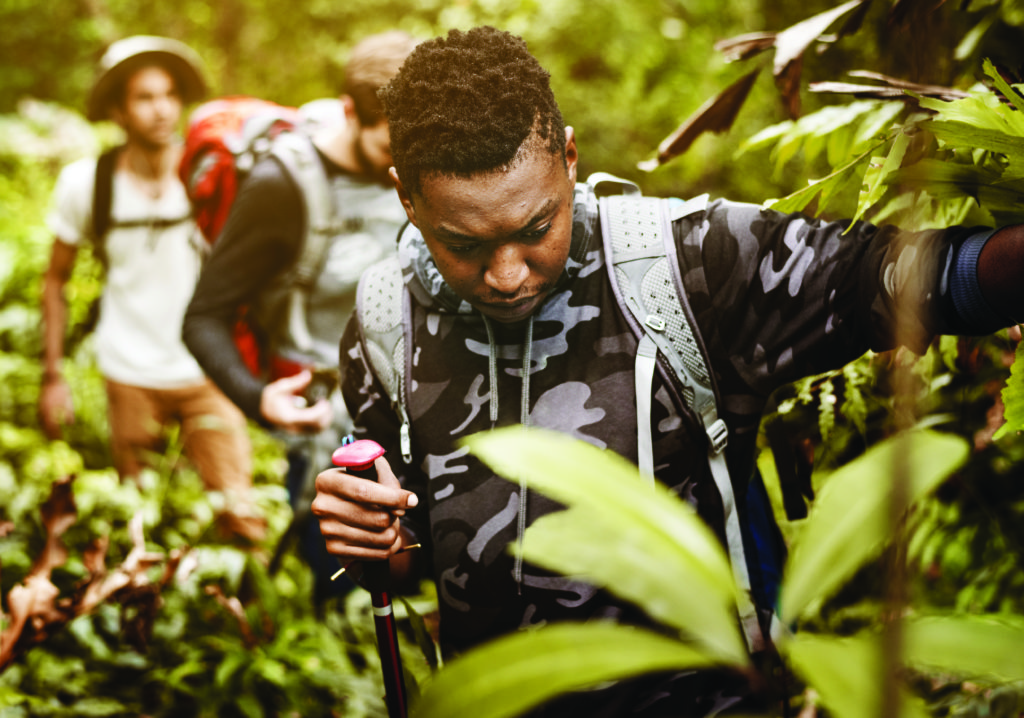 Hikers get injured and lost, although not always in that order or during the same adventure, and weekly digests compiled from calls to central dispatch serving New York state’s Adirondack Park proves that the occasional misstep is part of the great outdoors.

On July 13, 2019, at 10:30 a.m., Greene County 911 (Cairo, New York, USA) transferred a call to New York State Department of Environmental Conservation (DEC) Central Dispatch from a hiker who suffered an unstable left ankle injury while walking on the rocks in the middle pool of Kaaterskill Falls. Two assistant forest rangers provided patient care and splinted the injured ankle. The hiker was placed in a litter equipped with a rescue wheel, carried out to the trailhead to an awaiting ambulance, and transported to a local hospital for additional care.1

On June 24, 2019, at 2:42 p.m., Franklin County 911 (Malone, New York) transferred a call to DEC’s Ray Brook Dispatch from two hikers who had lost their way down from Saint Regis Mountain. Coordinates obtained from their cellphone placed the pair at 2,500 feet in elevation, just south of the trail in a drainage area on the west side of the peak. Forest rangers responded to begin search efforts, intercepted the couple, and found them ill-prepared for the hike (minimal gear and water and no compass). A forest ranger gave the hikers his water and walked them to the trailhead.2

Though several outlying communication centers forward calls to DEC dispatch, limited radio transmission in mountainous areas has led to the planned construction of an estimated $350,000 tower, funded by privately-raised donations, to provide faster response and enhanced safety for search and rescue (SAR) crews.

SAR crews are equipped to fit the terrain or mix of terrain they cover, including ground, air and sea, mountain, cave, and urban. The crews are as diverse as the countries from which they originate. For example:

To assist in the decision-making required in the preparation and response readiness for search and rescue operations beginning at the emergency dispatch level, the International Academies of Emergency Dispatch® (IAED™) developed two new protocols for Fire Priority Dispatch System™ (FPDS®) version 7.0 directed at SAR operations. These new protocols are Protocol 78: Backcountry Rescue and Protocol 79: Lost Person. New Protocol C covers instructions to aid the caller in a backcountry hazard.

Both protocols were developed to better enable Emergency Fire Dispatchers in the handling of search and rescue efforts, including help in determining any specialized teams or equipment that may be required. In each, the level of outdoor experience is queried along with knowledge of injuries among the people involved. A key objective is minimizing any related threat to responders by an EFD’s ability to gather pertinent information, either from a first- or third-party caller.

The final Key Question in both protocols asks for the “level of outdoor/backcountry experience.”

The protocols do not identify the type of equipment or the procedure necessary. As in all protocol, the tasks of developing plans and procedures that classify hazards, identifying the types of resources specific to response, and formulating and implementing a corresponding plan is up to local jurisdiction. Like all Chief Complaints, the new protocols have two editable agency-defined Case Exit Instructions (CEIs) added to them.

Despite similarities in reasons for creating them, there are notable differences between the protocols.

Chief Complaint Selection Rules provide the dispatcher with set circumstances for when certain protocols ought to be used.

Protocol 79 focuses on gathering as much information as possible about a lost person and where he or she might be located. Three suffixes identify W=INCLEMENT WEATHER, M=Multiple people involved, or B=Both INCLEMENT WEATHER and Multiple people involved. This new protocol was created to better handle these types of calls from first- and third-party callers and, again, helps determine any specialized teams or equipment that may be required to affect the response.

A person reported as lost is assigned a CHARLIE-level Determinant Code (79-C-1). This could be a first-party caller who is lost or a third-party caller reporting a person who is presumed lost. Key Questions focus on the individual—destination, intended route, description of the individual and clothing, and any known medical conditions that might exacerbate the situation.

The three protocols (78, 78, and C) mesh with standard search and rescue techniques.

Inaccessible areas (Protocol 78) require specialized equipment, depending on the situation, and can deploy helicopters, climbing teams, and rescue dogs. Avalanche and crevasse SAR can be extremely complicated, and training is deemed mandatory for mountaineers and backcountry snow skiers.

For example, Yosemite National Park Search and Rescue (YOSAR) uses search dog teams, “YODOGS,” as part of the Yosemite’s SAR emergency service. According to the YOSAR website: The Park has used this specialized canine resource since 1999 when it was recognized that there was a need for a group of experienced canine search dog handlers that had strong backcountry search skills, knowledge of the Park, and who were able to operate in the Park’s remote environment with minimal support for several days. Backcountry canine search dog teams can typically search large areas and are able to operate in most weather conditions with minimal support. The dog teams are sometimes transported via helicopter into remote areas and are used to being rappelled or belayed with their handlers into or out of otherwise inaccessible areas.3

Avalanches can occur on any slope steeper than 30 degrees and most often occur on slopes of 35 to 50 degrees .4 Chances of survival depend on length of snow burial and the victim’s core temperature (barring fatalities from impact injuries). Getting trapped by an avalanche can result in hypoxia, hypercapnia, and hypothermia. Rapid extrication is paramount. Unconscious victims without spontaneous respiration require transport with continuous CPR to a specialized hospital for extracorporeal re-warming. Within Europe and North America between 1994 and 2003, the median annual mortality from snow avalanches was 141.5

Protocol 79, Key Question 3 for third-party callers, asks “Where was the person last seen?” If unknown, “Do you know where s/he started from?” The question is directly related to Point Last Seen (PLS) SAR field search methods. PLS is the point on the map where the person was last spotted by a witness with a positive identification. It might be a designated trailhead, campground, boat dock, parking lot, or cliffside bivouac. If SAR knows for certain the lost person was seen two hours ago, it provides a place to begin the search. Starting at that point, SAR can estimate how fast the person is traveling and, in theory, end up with a circle with the PLS in the center and the radius of the area in which the person might be found.6

Protocol 79, Key Questions 4 and 5 involving the person’s intended destination and intended route, respectively, assist in determining the Last Known Position (LKP). For example, if the person is hiking a trail and searchers have a good unique shoe print, a tracker can often find the same print along the trail, at a stream bed, or near an extinguished campfire and know beyond a shadow of a doubt that the person left the clue. Since the LKP is more recent than the PLS, SAR basically has a new starting point for the search. Knowing just these two points allows SAR to determine general direction of travel and approximate speed of travel. 7

ProQA® only changes in FPDS

The new Smart DLS Link feature highlights the pertinent DLS Links on the PDI/DLS screen based on the known facts and answer choices selected in each case.

The new Smart AIs selects relevant additional information, definitions, and lists associated with a specific Key Question, and they appear highlighted in pink at the top of the AI screen while that KQ is displayed in ProQA.