Getting To Know You

The mother anxious about delivering a baby in the passenger seat on the way to the hospital doesn't care. The winery owner fretting over the potential loss of his vineyard in a wildfire doesn’t care. The group huddled inside a closet hiding from an active shooter doesn’t care.

What don't they care about? Whether the emergency dispatchers and field responders—medical, fire, or police—get along. They don’t care if the two sides value other’s job responsibilities at equal value or give one another an occasional high five in the spirit of camaraderie. They don’t care if they exchange pleasantries over the radio.

Callers are focused on getting help from emergency dispatchers and field responders, but there is a point when caring counts.

No one wants conflict. 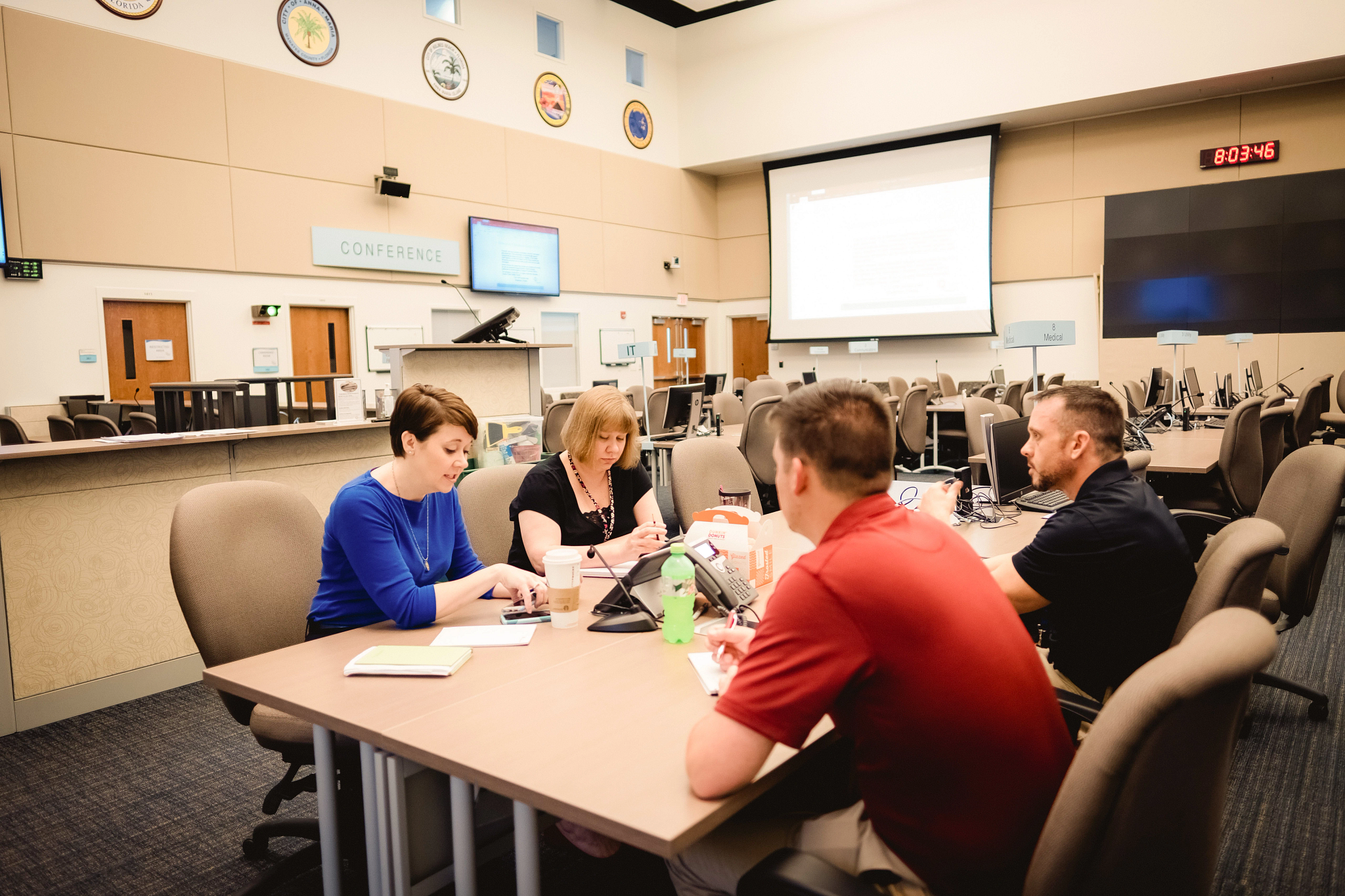 Conflict opposes the teamwork necessary to perform professional duties in a safe and effective way. The mounting burnout, aggravation, and stress levels can exacerbate the situation and sometimes to the point that people leave not because of a change in dedication to their work but annoyance over the inability to surmount the hurdles getting in the way of mutual respect.

The roles—field responder and emergency dispatcher—focus on assisting during an emergency and providing optimal care for the best possible outcomes. While the tasks to achieve the outcome vary, the roles are interdependent. So, why the conflict?

“Anyone who denies that there is tension between communicators and EMS field providers is naïve or not being honest,” says Kevin Collopy, BA, FP-C, CCEMT-P, NRP, CMTE, clinical outcomes manager at AirLink/VitaLink Critical Care Transport at New Hanover Regional Medical Center in Wilmington, North Carolina (USA) “Despite everyone’s best efforts, there is always going to be that gap between the reality and the ideal, from both perspectives.”1

A survey made available to emergency dispatchers and field responders was an attempt to answer the “why the conflict” question. While the survey concentrated on medical services, a generic framing of the questions makes the results applicable to fire and law enforcement.

A majority of emergency dispatchers—84.9%—indicated the relationship was more about “us vs. them” than team. Dispatchers felt their role was ignored, downplayed, and diminished. An overwhelming 90% of EMS respondents answered “yes” to whether emergency dispatchers they work with sometimes cause stress. Common friction points cited in the survey responses include attitude and professionalism, improper or inaccurate dispatching, lack of understanding of EMS work, and poor communication.

As brought out at a subsequent presentation of survey results, it is critical to mitigate conflict and resolve issues for the long run. Understand a partnership exists in the moment, with a focus on providing optimal patient care and protecting everyone involved.

Of course, that’s easier said than done. However, the presentation during NAVIGATOR 2021 gave audience members time to brainstorm possible solutions as did respondents to the survey. Let’s look at the solutions offered.

Protocol is not developed in isolation. Dispatch and field professionals contribute to the Medical, Fire, and Police Priority Dispatch Systems through respective International Academies of Emergency Dispatch® (IAED™) Councils of Standards.

Brett Patterson is the Academics & Standards Associate and Chair of the Medical Council of Standards for the IAED. His role involves protocol standards and evolution, research, training, curriculum, and quality improvement. Prior to working with the IAED, he spent 10 years working in the Pinellas County EMS System, Florida (USA). He has worked in dispatch and field emergency services.

Patterson said the most obvious relationship between communication center and field operations involves response assignments as they are locally determined by medical control in concert with the EMS leadership but, ideally, the relationship should be deeper than just that.

“In the best systems, EMDs and field responders, and their respective leaders, work as a team to improve patient care,” he said.

Patterson said the best example of this is the effort to improve cardiac arrest survival where field responders rely on EMDs to recognize cardiac arrest early and enable quality CPR and, conversely, EMDs rely on field responders to continue and advance that resuscitative effort until the hospital team can take over. This is all well illustrated in the Chain of Survival, a metaphor used to describe the events necessary to optimize a patient’s chance of survival after sudden cardiac arrest.

Mike Thompson, IAED Fire Council of Standards Chair, said collaborative protocol development is essential. “We actively seek out what’s happening in the fire service and telecommunications worldwide. If we didn’t consider protocol’s effectiveness between the field and dispatch, we would be completely wasting our time,” he said. “If we’re not two steps ahead, we’re at least one step behind.”

Developing good working relationships must take place proactively, before those relationships are put to the test. Finding ways to interact and work together is a good place to start.

Whether your efforts work, however, “depends on who you ask, on both sides,” said Jim Raftery, fire alarm dispatcher for the New York City Fire Department (FDNY), working out of centers in Brooklyn, the Bronx, and Manhattan.

The point: Keep on trying. Don’t throw in the headset or radio. There are multiple venues to explore. 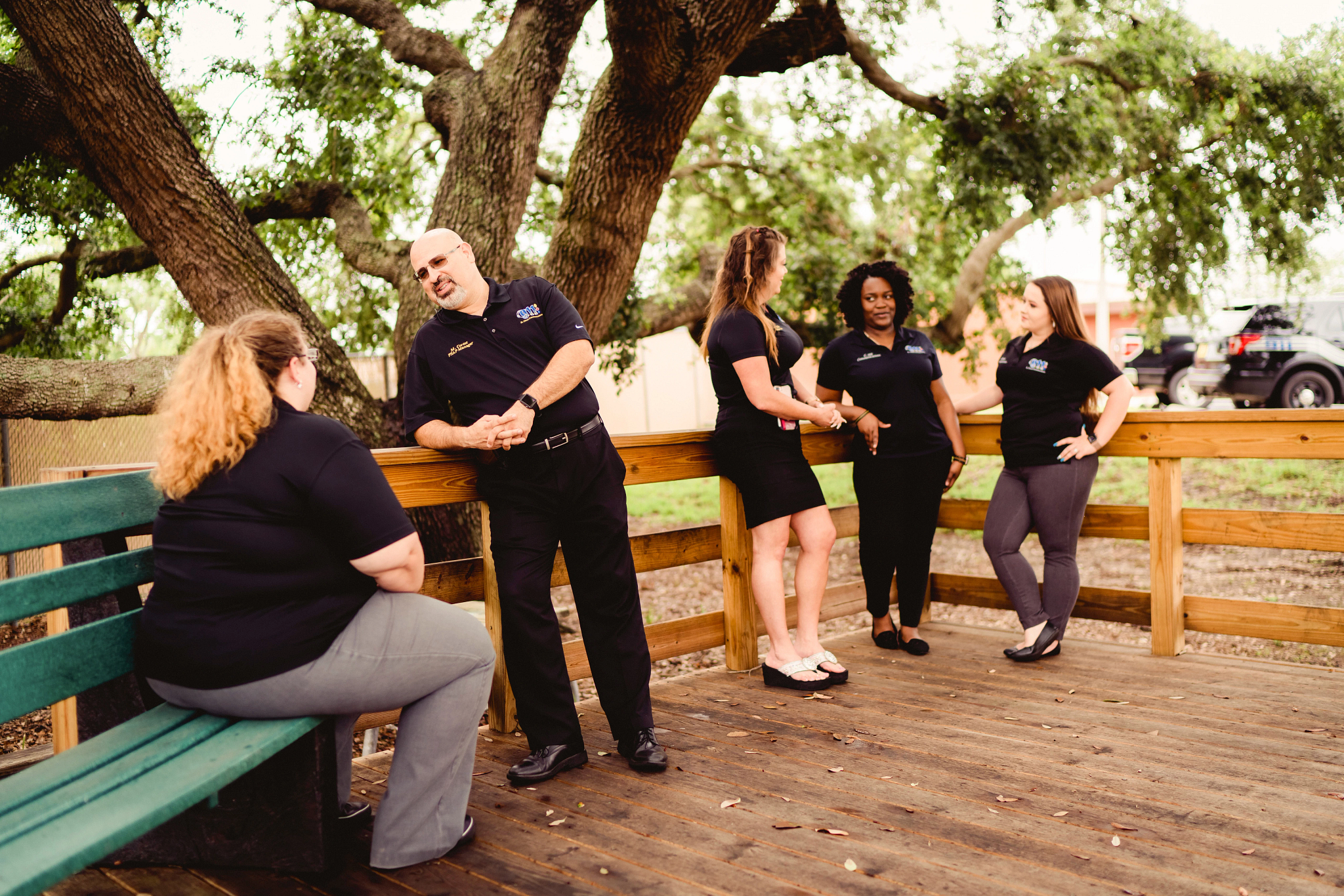 Raftery is a proponent of ride-alongs or firehouse visits. They go in small groups to firehouses, pairing two alarm dispatchers with an instructor or fire officer. The dispatchers are following in a separate car due to space constraints and, upon arrival at a scene, the instructor or chief officer explains what's going on to the dispatchers. The chase car, he said, also provides the flexibility to point out details occurring in the situation.

On the flip side, Raftery suggests inviting firefighters/fire officers/police officers to the communication center to observe operations.

Heidi DiGennaro is a shift manager for the Harford County Department of Emergency Services in Maryland (USA) and columnist for the Journal of Emergency Dispatch. Harford County is a tri-ACE (medical, police, and fire). DiGennaro, who started in the profession going on 22 years ago, said they try “lots of things to keep a good working relationship with our field providers.”

Here are a few of her suggestions.

Tours. “Actually, seeing an emergency dispatcher process a call from start to finish has made a difference in some cases,” DiGennaro said. Conversely, she said, “have the fire departments or precincts or stations give tours to dispatchers. Gives face-to-face time.”

Mandatory rotations. Pre-COVID, new law enforcement recruits were required to spend partial shifts in dispatch. The partial shifts covered all three shifts, and they sat with a dispatcher/calltaker (medical, fire, and police).

Light-duty assignments. Examples DiGennaro provided include a law enforcement officer (LEO) answering questions from the public and assigning a firefighter in dispatch to update reference materials, answer questions, or, simply, become more familiar with protocol. The light-duty gives field crews a face-to-face with dispatchers and, also, better familiarizes them with operations.

Monthly meetings. On the police side, the police supervisors on each dispatch shift are required to meet monthly with their shift counterpart in law enforcement to address their issues.

Finally, be aware of personal needs, DiGennaro said. Bathroom breaks are more convenient, of course, when the restrooms are in the same building. Some dispatch centers, however, are not in precincts/fire stations. “Allow them [field responders] to stop and use the bathroom, especially law enforcement,” she said. “This provides the officer a safe place to remove their gear and know they are okay.”

Workplace lets everyone get involved at different levels, said Sofia Kohfield, Royal Ambulance communications manager, and without a lot of technical know-how. No big learning curves.

“Workplace is about establishing community,” she said. “It’s a culture of support.” 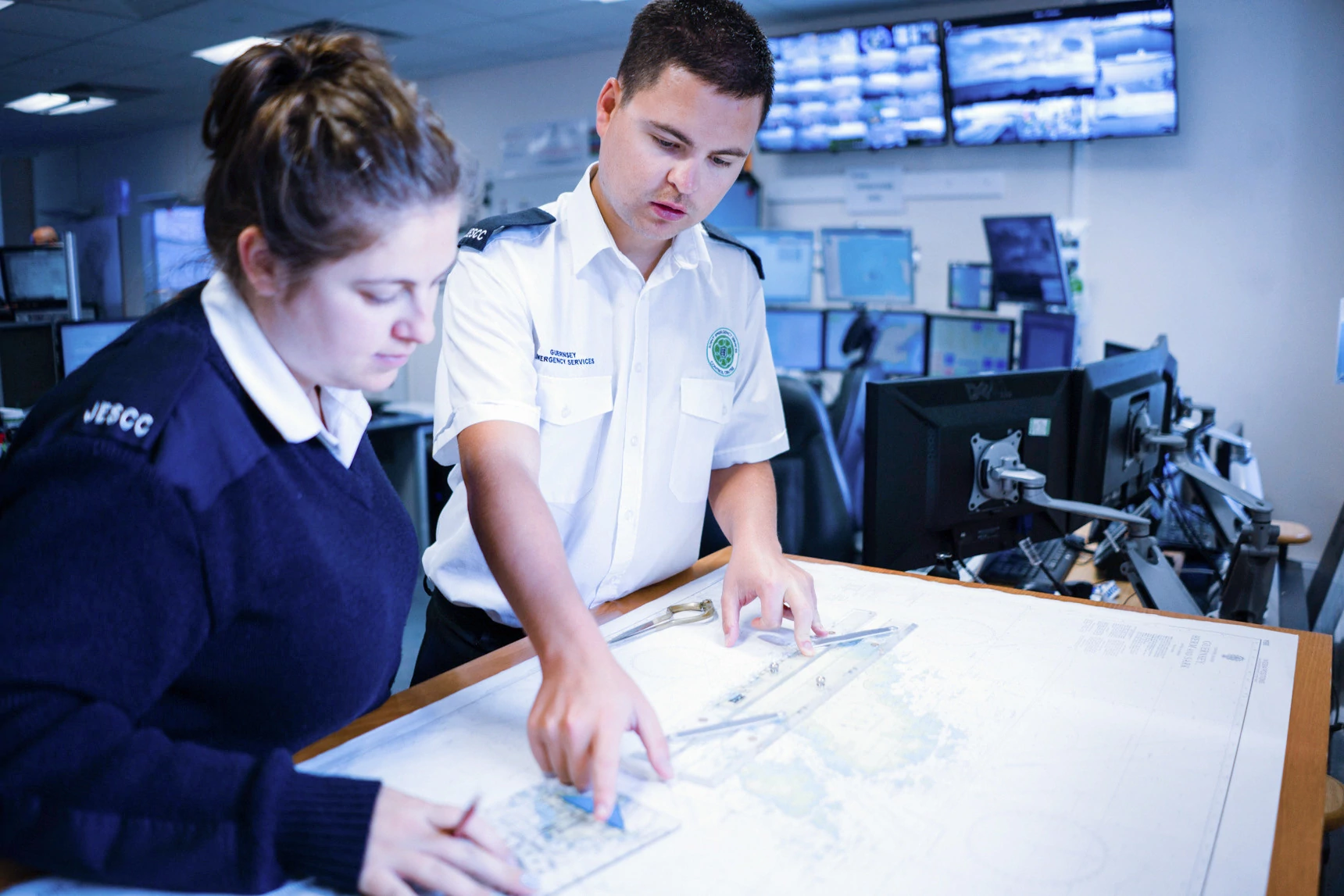 Building those relationships and closing gaps in communication, however, takes work and arrives at various stages depending on mutual effort, Kohfield said. For example, Royal Ambulance had a few false starts before going full speed with Workplace.

“It really helps when you can put a name to a face and even more when you put a name to the voice that you hear on a regular basis,” she said. “There is a greater divide between the two sides if the agency doesn't take the time or effort to bridge the gap with solutions.”

Then, there’s the matter of addressing the problem. Communication. Rather than ignore a troublesome situation, go to the source. “Ask them what their issues with dispatch are and work on fixing/addressing those issues,” noted one survey respondent. An oversight or taking the other for granted tarnishes relationships. For example, to decrease stress on crews, “Check to see if there is something they need from dispatch they aren't getting, then work to make sure they have what they need.”

Communication doesn’t have to happen with a supervisor in charge.

So, NWCDS got them together in the same space—a conference room at the communication center—to talk to each other about jobs, duties, and perceived differences. The first meeting scheduled for 90 minutes went close to three hours.

“The meeting opened up everyone’s eyes to the other side of it,” Diluia said.

Participation is voluntary. No supervisors attend. Diluia has never attended, though he might hear back from the dispatchers attending. No one is required to attend.

Meetings are held quarterly and are scheduled for 90 minutes, although they still tend to go overtime. Discussions have since evolved to coming up with ideas and suggestions for ways to help each other out.

“We’re told this is extremely beneficial,” Diluia said. “Fosters communication and big positive is that it puts a face to dispatch.”

NWCDS is an intergovernmental consolidated emergency dispatch system, providing 911 services for several communities in northwest suburban Chicago. The center handles an average of 1,677 calls per day and dispatches approximately 246,000 calls for service annually. NWCDS is an IAED fire ACE.

Respect goes a long way toward reducing tensions. All sides can increase the level of respect by taking their roles seriously, getting the best training and certification available, and performing their role to the best of their ability. Respect is earned from competence more than from good intentions and working as part of the same team. 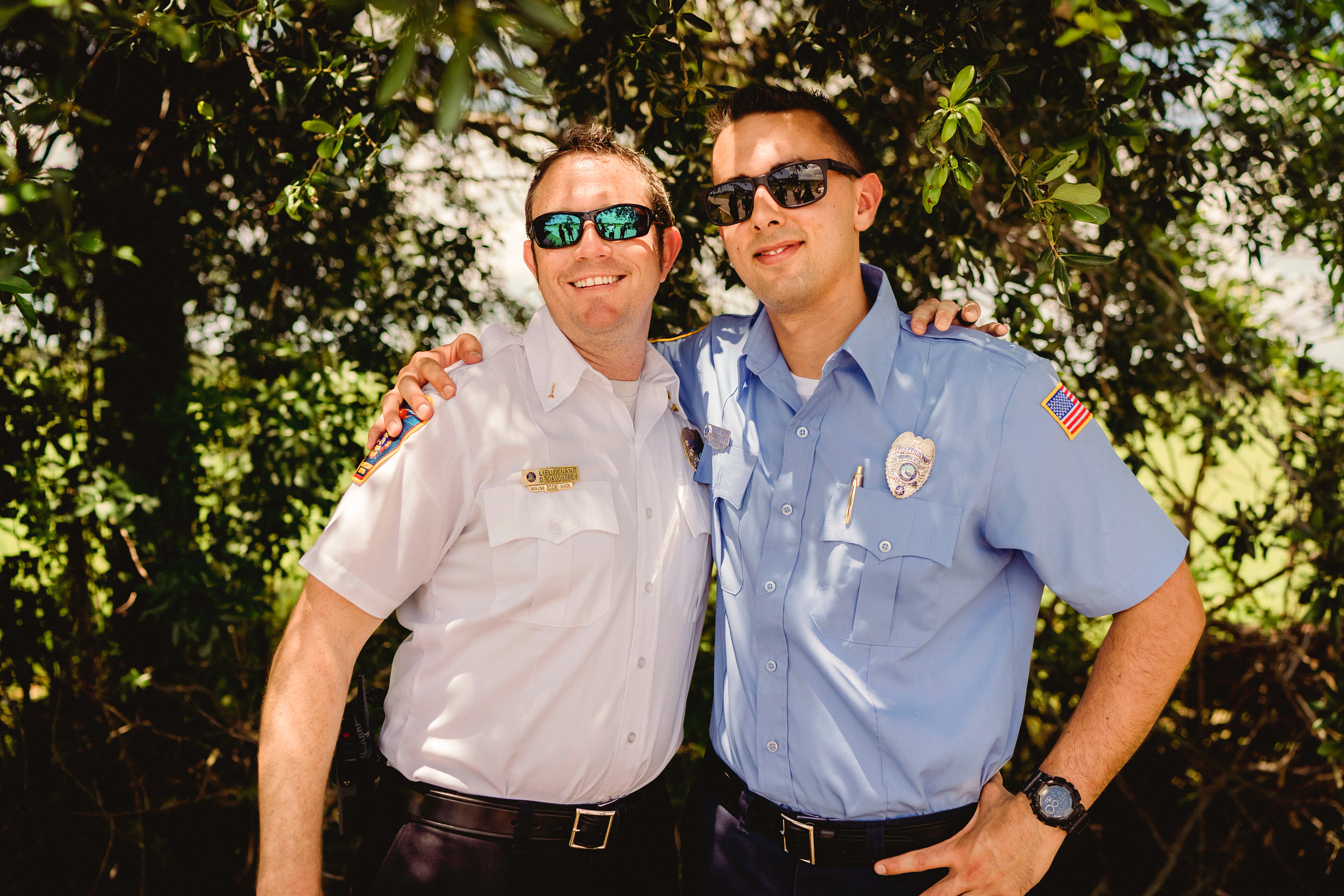 A better understanding of the strains and stresses of the other’s responsibilities goes a long way toward building relationships that can pay off during an emergency. The chain of command can build and reinforce expectations through policies of inclusion, fairness, and equity, along with intolerance for prejudicial behavior.

Michael Spath, (retired) Sunnyvale Public Safety Communications Manager, Sunnyvale, California (USA), said getting along is a mindset, an ideal to work toward. After nearly three decades in the 911 profession on the floor and in management, he knows what it means to maintain working relationships for the good of the public and public service.

“Having a conversation is absolutely an essential part of the job,” he said. “You must be able to accept people for who they are and talk to them. The mindset, is to treat everyone with the same respect you want for the work you do.”