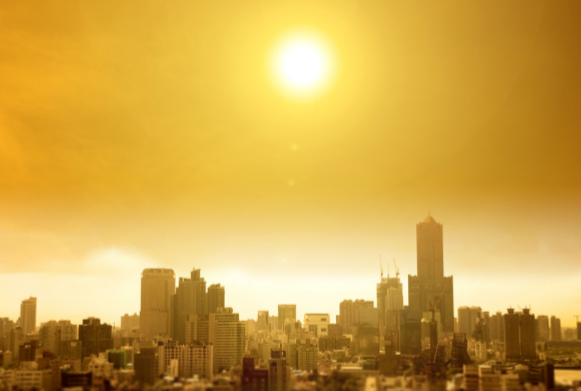 Don’t let the lack of weather drama fool you. Heat waves may be less exciting than other natural disasters, but they are every bit as dangerous.

Sometimes even more so.

As an example, in 1896, extremely hot weather prevailed in the Eastern United States. In New York City, thermometers marked 90 degrees at street level as the city endured a 10-day heat wave. Everyone was more or less affected, but it hit the poor the hardest. Children died by the hundreds. Scores of working men were prostrated by sunstroke. Horses died by the hundreds, blocking roadways.

“They took to the rooftops, and they took to the fire escapes, trying to catch a breath of fresh air,” said Ed Kohn, author of “Hot Time in the Old Town.” “Inevitably, somebody would fall asleep or get drunk, roll off the top of a five-story tenement, crash into the courtyard below and be killed. You’d have children who would go to sleep on fire escapes and fall off and break their legs or be killed. People [tried] to go down to the piers on the East River and sleep there, out in the open—and would roll into the river and drown.”

The 1896 heat wave is estimated to have killed nearly 1,500 people.1 It was more deadly than the Great Chicago Fire.2

Extreme heat remains the most dangerous type of severe weather event in the world.

On average, heat kills more Americans than floods, hurricanes, and tornadoes combined. Each year in the U.S. an average 658 people die due to extreme heat.4 From 1998–2017, more than 166,000 people internationally (including U.S. statistics) died due to heat waves, including more than 70,000 who died during the 2003 heat wave in Europe.5

Heat stress is documented to influence ambulance calls. Aggressive behavior (even in normal interactions and situations), traffic accidents, and violent crime increase on hot days. Extreme heat has been associated with declines in cognitive function and sleep. Cognitive failures have been associated with increased driving errors in healthy adults, as cited in one study. The mean number of police, medical, and fire dispatches per day in Boston was significantly greater during the warm season compared to the rest of the year.6

According to the authors, “Effects may be even stronger in other cities with either heat exposure or emergency scenarios that are more extreme than in Boston.”7

A retrospective study of an eight-day heat wave in New South Wales (Australia) produced similar results. Not only was an increase in the number of ambulance calls observed, but there was a substantial impact on all-cause ambulance calls, especially in older populations.8