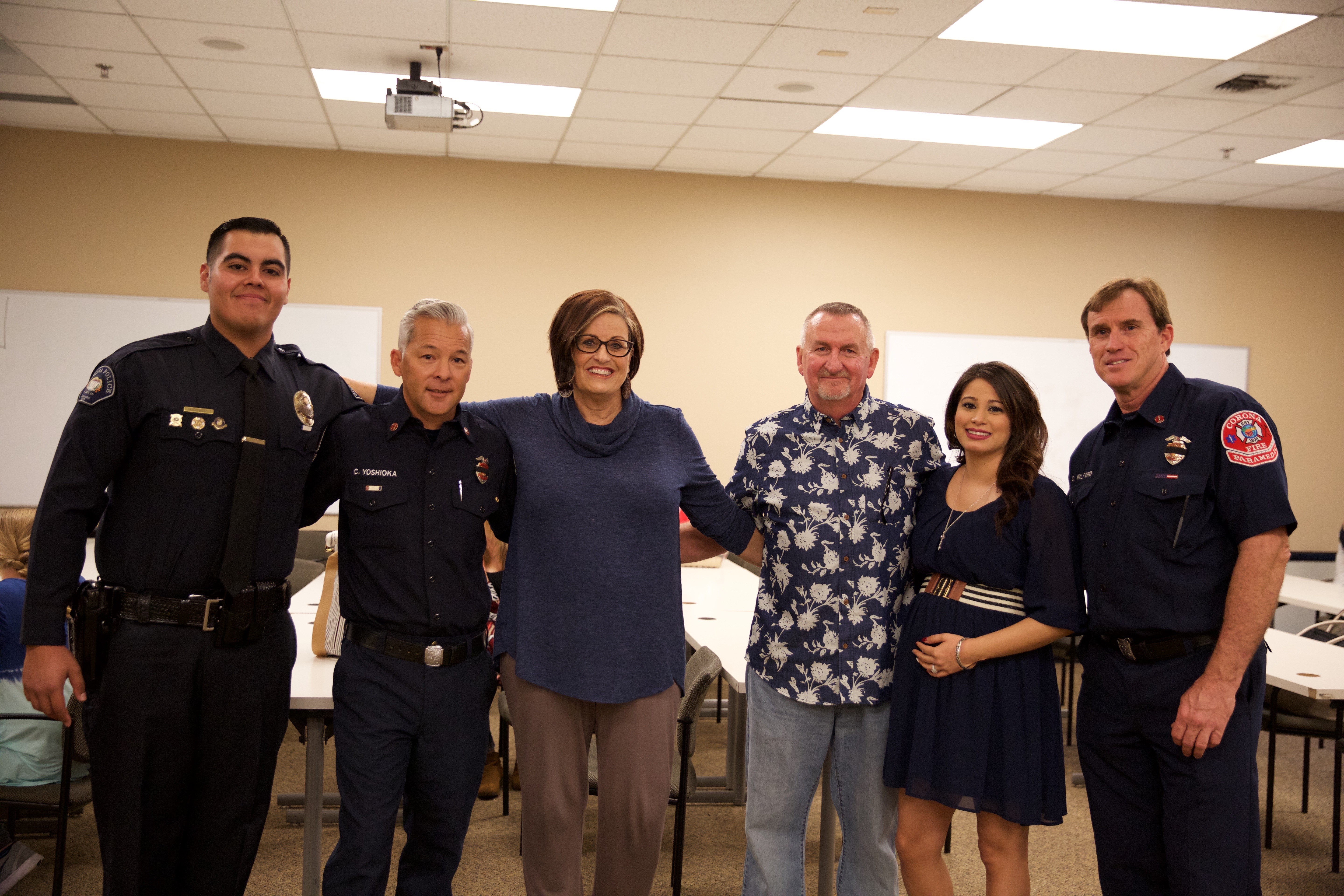 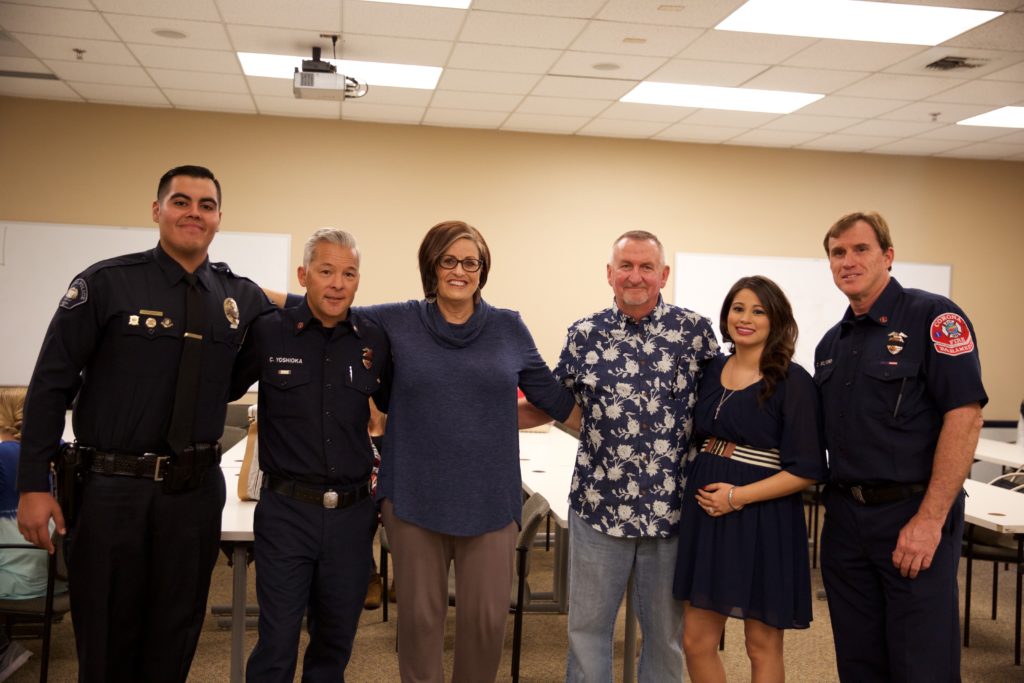 Carolyn Evans heard a thump coming from downstairs in her home in Corona, California, USA.

She called down asking what had happened. No answer. Several seconds later she found her husband, 64-year-old Jeffrey Evans, unconscious on the kitchen floor. She tried talking to him. He could not respond. She called 911.

“She told me he was turning purple,” EMD Elise Rodriguez said. “She didn’t know what to do.”

Through questioning, Rodriguez was able to determine that Jeffrey was not breathing. He had no pulse. Rodriguez proceeded to CPR Fast Track instructions from Case Entry, bypassing Protocol 9: Cardiac or Respiratory Arrest for patients with suspected medical arrest.

This was the first time Carolyn was in the position to give CPR.

Carolyn’s fears were unfounded. Within four minutes of the call received at 3:27 p.m. on Saturday, Jan. 21, a Corona Fire paramedic and Corona Police officer had arrived on scene.

Rodriguez ended the call and, as usual, went on to the next call without knowing whether the patient would make it to the hospital alive. She had no idea about his chances.

Nearly three weeks later, Rodriguez had her answer. Carolyn and Jeffrey had scheduled a visit to the Corona Police Department.

Rodriguez was nervous the morning of the Feb. 8 meeting. Sure, she answers 911 calls that would make most people nervous all the time. But she likes that part about dispatch. Rodriguez likes helping people over the phone, and she’s good at it. She wasn’t as confident about talking to people she had helped in person.

Any feelings of anxiety faded when Carolyn, Jeffrey, and their children and grandchildren walked through the door of the room adjacent to the communication center, where the police department had arranged to hold introductions.

“He [Jeffrey] looked good, like nothing had happened,” Rodriguez said. “She [Carolyn] was so grateful. She said I kept her focus on giving compressions.” 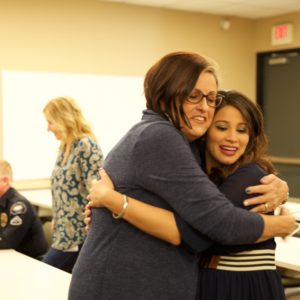 Carolyn said as much during comments to media invited to cover the event. Every time emotions threatened to interrupt her during the four minutes of CPR, “Elise,” she said, “led me right back. She walked me through it.”

Jeffrey said he felt “wonderful” and humbled by all the people involved in saving his life.

Paramedic Chris Yoshioka attributed Jeffrey’s recovery from full cardiac arrest to early CPR. He was given advanced life support, and while still at the home, he regained spontaneous breathing and a pulse. In less than a week, he was out of the hospital and making a full recovery at home. He returned to work in March.

Four years ago Rodriguez decided to pursue a career in law enforcement. She went on police ride-alongs and listened in on police calltaking and dispatch. She preferred providing emergency assistance from behind the scenes.

Rodriguez has no regrets. She was made for dispatch. She enjoys the focus demanded, particularly during the hard calls, the ones calming the caller, providing PAIs, and making sure the situation continues moving forward safely into the hands of the next link in EMS.

But when it comes to receiving accolades, Rodriguez would rather not take the credit.

“Everyone here does this every day,” she said. “We all do the best that can be done when a call comes in.”