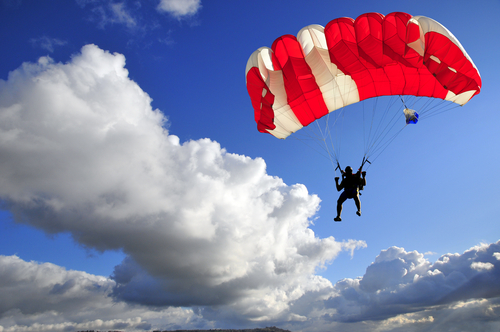 We have had several recent cases where people were thrown from a moving car. They were not in an accident or anything—just people thrown out of the car! My calltakers didn’t know how to properly code these incidents. All of the calltakers used different protocols and Determinant Codes, such as Protocol 30: Traumatic Injuries, or various codes on Protocol 29, i.e., Pedestrian struck or MVA with Ejection. Could you provide me with clarification as to how we should properly code this?

Protocol 29: Traffic/Transportation Incidents was designed more for mechanism of injury and scene safety issues associated with motor vehicle crashes and traffic than for individual patient injuries. Specifically, ejection mechanism is related to the force of going through a windshield, and auto versus pedestrian is related to the discrepancy in mass of one versus the other.

Therefore, Protocol 30: Traumatic Injuries (Specific) is most appropriate for a person falling or being pushed out of a vehicle, provided there are no significant traffic accident concerns, and the person wasn’t subsequently run over. Notably, there is a new Determinant Descriptor in MPDS® v13.0 that addresses cases such as this when the patient does not appear to be critically injured but the EMD is concerned about the mechanism of injury: 30-D-5 “HIGH VELOCITY impact/MASS injury.”

Please help us solve a long-standing issue within our call center. Is a parachutist injury a traumatic injury or a fall? The jumper jumps out of the aircraft, doesn't fall out, has a fully inflated parachute, lands on ground but breaks an ankle, leg, etc. What is it? I say it's a traumatic injury; my co-workers say it's an EXTREME fall, but like I said, he comes down at the regular rate of descent as other jumpers but just doesn't land right.

You are correct. This mechanism simply doesn’t equate to the same forces involved with an EXTREME fall, and the specific injury is the reason for the call. I’ve attached an article from Dr. Clawson that addresses issues such as this. I would also point out that Protocol 30, v13.0, has a new Determinant Descriptor (HIGH VELOCITY Impact/MASS Injury) for cases when the EMD is concerned about a high mechanism, but the body area injured doesn’t code high enough to satisfy the EMD. A similar code is also available on Protocol 29.

Hope that helps to settle the debate!

Protocol 30 would be the appropriate choice. There are a zillion things that cause injuries to people (all you need to do is think of an amusement park and the potential of accidents there). We don’t have a special protocol pathway for accidents involving falls from bicycles. The same goes for skiers. The spectrum of “Tour de France riders” through “kids on tricycles” cannot be jammed simply into a mechanism of injury format. Regarding velocity, we don’t assess on Protocol 30 how fast the boom on the forklift was going when it hit the worker in the back or the speed the skier was going in a downhill race, either. The Protocol does, however, provide information about the severity of the injury in terms of the body area affected in much more detail compared to Protocol 29.

As you’ve probably determined, even if you go to Protocol 29, you basically end up in the same Determinant Level based on what is known and what is not known about the patient’s priority symptoms and injuries. Protocol 29 was not designed for solitary bicycle accidents.

Onward through the “what-if” fog ... Doc

My co-workers and I were having a discussion about which protocol to use for an anxiety attack. I wonder if you can provide some clarification.

Which would be most appropriate?

When you think about it, a complaint of “anxiety attack” is actually a caller diagnosis rather than a description of what has happened. It’s like saying the patient is drunk or is having a heart attack. All of these conditions or caller diagnoses may present in different ways, and the EMD needs to know “… exactly what happened” in order to select an appropriate protocol.

So, the answer to your question is to find out not what the caller thinks is the underlying problem but rather what sign/symptoms/actions are prompting the call. By far the best way to do this is to repeat Case Entry Question 3. Common to the anxiety attack diagnosis are symptoms such as rapid breathing (Protocol 6), racing heart or palpitations (Protocol 19), chest pain (Protocol 10), or simple anxiety/nervousness (Protocol 26).

I hope this response helps to answer your question.