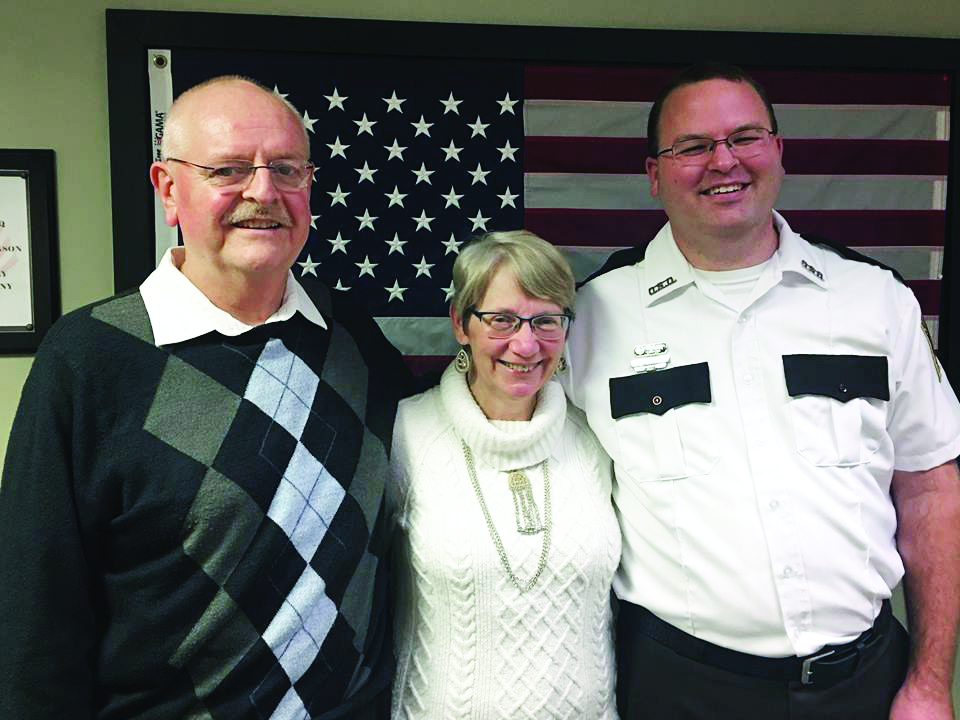 You could almost consider them old friends, except they’d only known each other from a telephone call lasting about 10 minutes before meeting in person at the Ozaukee County Sheriff’s Department communication center, Port Washington, Wisconsin, USA.

Tricia (Patricia) Hallam was well aware of husband David’s potential medical emergency before the call on Sept. 15, 2017. He had a history of cardiac arrest and she had administered CPR.

Knowing the likelihood, however, is different from when the event actually occurs, and this time, David had collapsed suddenly on their driveway shortly after 4 p.m. When Eibs asked, “Is he breathing,” Tricia was unsure, prompting Eibs to use the Diagnostic Breathing Tool in ProQA®. Within two minutes of the call, she was following Eibs’ CPR instructions.

“She was there and ready to go,” said Eibs, who had started on shift 17 minutes earlier.

As instructed, Tricia counted while pumping her husband’s heart.

Deputy Sheriff Becky Swanson arrived within seven minutes of initiating CPR, and Eibs, having been told help was on scene, concluded the call.

“Alright, I'm going to disconnect with you,” he said.

“Not yet; not yet,” Tricia pleaded.

He stayed until Tricia handed over CPR to the officers. They used an AED to provide a shock to David’s heart and restore normal rhythm. David had a pulse.

Two weeks later, David was home and invited to a celebration in October at the sheriff’s department. David and Tricia arrived early, giving them ample time to meet Eibs. It was the first opportunity ever to meet the people he had helped during his 14 years in emergency dispatch. But before they came face to face, Eibs felt a connection.

“She wanted me to stay on the call,” he said. “That was the point that made it extremely personal. We’re on the same level here.”

They talked for nearly 90 minutes, and following the presentation, Eibs led them on a tour of the communication center, with emphasis on the Medical Priority Dispatch System™ (MPDS®) cardset to illustrate the PAIs and Breathing Diagnostic Tool he had accessed in ProQA®.

The MPDS Protocol is relatively new to Ozaukee County, and before the system was in place, emergency dispatchers kept instructions to a bare minimum.

“We’d tell callers help was on the way and disconnect,” he said. “I knew CPR but wasn’t allowed to give that over the phone. It was rough. You really didn’t feel like you were helping.”

The instructions that saved David made Eibs a firm believer in what the first contact in an emergency can achieve.

“It’s nice to know we have the ability to help someone,” he said. “Our odds of saving people are slim. Hopefully, we can now turn those numbers around.”

But as far as taking any personal credit for the save?

“People call me a hero,” he said. “I tell them I was doing what I was trained to do. Anybody who had picked up that phone would have had the same outcome.”

Eibs started his EMS career about 15 years ago through the local Explorer Program. After three years as a firefighter/EMT, he was deployed to Kuwait and then Iraq as a radio operator for the Wisconsin National Guard.