Every Second, Every Day, We Are Here For You

Easy to say that negotiating the type of music played during a joint exercise session on treadmills saved the life of a man experiencing out-of-hospital sudden cardiac arrest. It was a factor, perhaps, that led to his survival, but it’s only a small part of the story.

The couple—Tom and Annemarie Giangregorio—generally treadmill separately, owing to their contrasting tastes in music. Fortunately, on that October morning last year they threw their differences aside and went about their routine side by side. Sometime during their stationary jogging, Tom slumped over. Although he was breathing, he did not respond to Annemarie’s voice. She called 911.

"Stay on the line with me," said Osborn-Turner.

Tom was in cardiac arrest. He was face down on the treadmill.

"You get him on the floor, flat on his back," Osborn-Turner said.

"Continue getting him on his back, Annemarie," Osborn-Turner said.

“She was frantic,” Osborn-Turner said. Annemarie had turned off the treadmill and was frightened by the possibility of further harm by pulling Tom off the machine. But there was no other choice. So, Annemarie muscled in, got him off, and they commenced MPDS® CPR PAIs.

"Place the heel of your hand on the breastbone. It's in the center of the chest."

Together, they counted compressions. Within eight minutes, the ambulance crew arrived and transported him to the hospital. She disconnected.

This was not Osborn-Turner's first CPR save during her 12 years in emergency dispatch, although for some reason, it was markedly different from the others, she said. “I can’t really tell you how except for the fear in her voice. It was so sudden, so unexpected.” The outcome was yet unknown.

Three months later, in January 2022, Osborn-Turner got her answer while locked in Annemarie’s embrace at a reception that brought together the EMS team at the Hendricks County Fire Department. “She wouldn’t let go,” Osborn-Turner said. “It was awesome.” Tom, though fully recovered, was at a loss for words, having no memory of the incident that October morning.

“Things couldn’t have gone any better,” said Hendricks County 911 QA Manager Meghan Monaco. “A successful save. Patient back to his family,” and a survivor without lasting side effects.

In a second markedly different event, although for different reasons, a Plainfield police officer braved a bracing swim in a frigid retention pond corresponding to EMD/EFD Stephanie Suiter and her trainee initiating the rescue of a woman trapped in a sinking vehicle. The trainee was able to discern a location from the caller while Suiter stepped in and managed the rarely used Sinking Vehicle Protocol upon hearing water slapping in the background.

“The caller was horrified; she was in full-on panic,” said Suiter, who regularly reviews all the protocols. Despite the caller’s distress and inability to push aside the triggered front safety airbag, Suiter convinced the caller to climb in back and break the rear passenger window.

Suddenly, the call cut out. Suiter heard the phone going underwater. “My stomach tumbled,” she said. “In that instant, I thought we had lost her.”

The primary radio dispatcher, however, brought back the chance of survival through the on scene radio contact. A bystander, a semitruck driver, was already in the water attempting to break the window of the vehicle but was unsuccessful and began swimming back to the bank. Police Officer Robert Sumner on route to another incident stopped after noticing the commotion at the pond. He immediately assessed the situation, dropped his service belt, and accepted the pocketknife a bystander handed over to aid in the rescue. Officer Sumner dived in, swam to the middle of the pond, and, pounding the pocketknife on the rear window, broke the window open. He cut the airbag out of the way. The driver was barely above the rising water line within the vehicle.

The primary dispatcher called out to Suiter. “They got her out.”

The relief was instant. Officer Sumner and the caller were on their way to shore. It was Tuesday, Dec. 28, 2021, four days before New Year’s.

Two calls. Saves within eight minutes that depended on Protocol, dedicated EMDs/EFDs, and their calming influence to push callers into action.

Osborn-Turner credits training, Protocol, and insatiable determination to treat each caller the way she would want her family treated in an emergency. “We are here to provide the best care from the start,” she said. “You want to do it for them, but you know you can’t. [In this call] it took calming her to have her do what she had to do to save him.”

Suiter says she’s an emergency coach. Often, she said, coaching involves changing the caller’s perspective on what’s happening. “I focus on reaching the goal. [In this call] rather than focusing on her belief she was drowning, I focused her on helping to save herself.”

Monaco doesn’t like to point out one emergency dispatcher over another, no more than the dispatchers like to be singled out for what they accomplish together. The CPR save, the rescue from a sinking vehicle, and an earlier save in a call involving severe electric shock are examples, she said, of the “rock star” in all of them. “They hit the ground running every day,” she said. “I couldn’t be any more proud of them.” 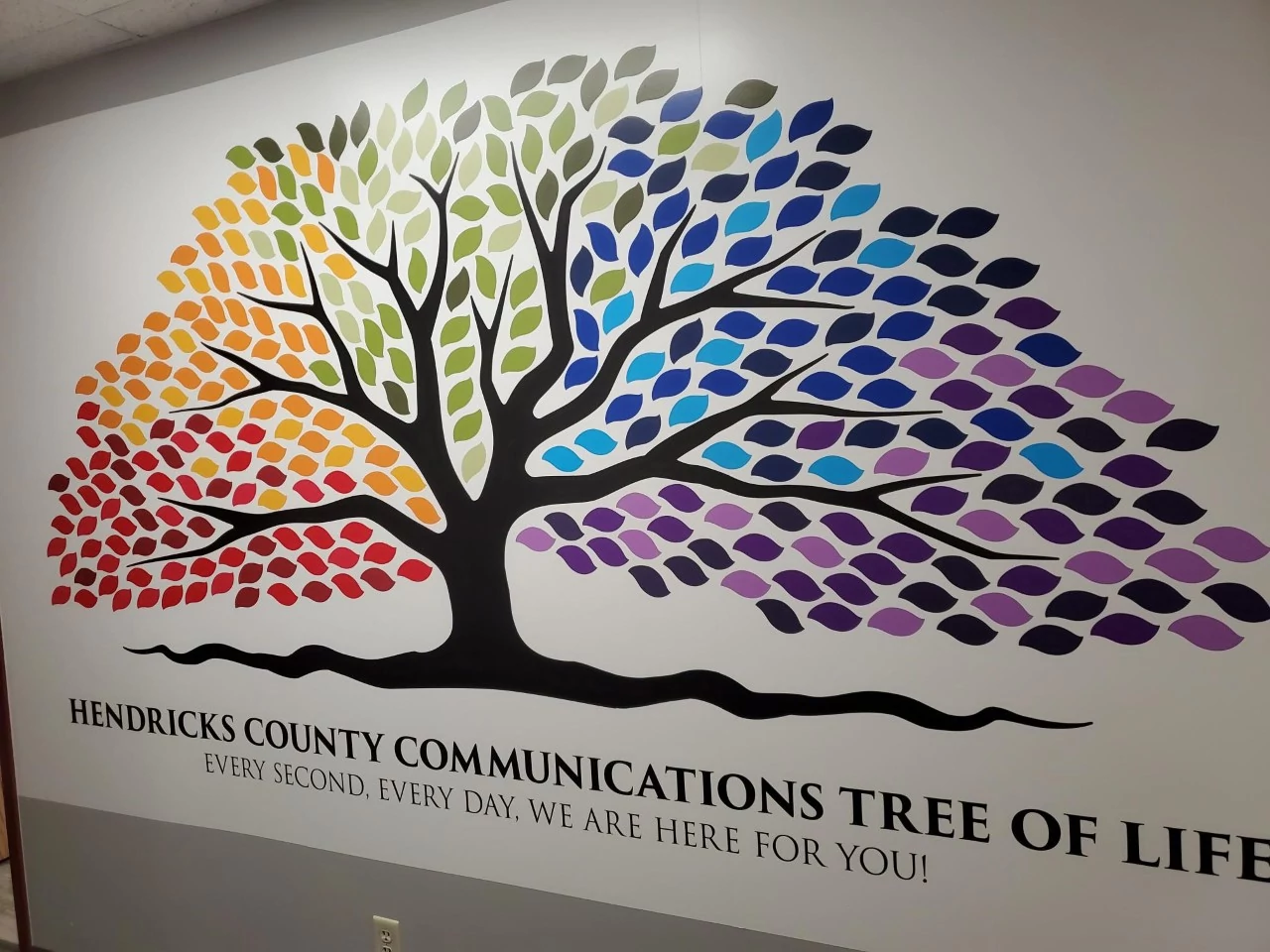 Hendricks County is the third largest county in the Indianapolis-Carmel-Anderson metropolitan area with a population increasing at a rate of about 2% annually. Call volume averages 180 calls to 911 daily, in addition to twice the number of non-emergency calls. Like the population, call volume keeps increasing. The 911 calls grew by well over 12% from last year and is 15% greater than the average of the past five years, according to Director Doug Burris. Most calls are for police (152,300 in 2021). Fire/medical calls increased dramatically by 15.48% (18,702 in 2021) compared to 2020, and by 18.52% when compared to the average of the past five years.