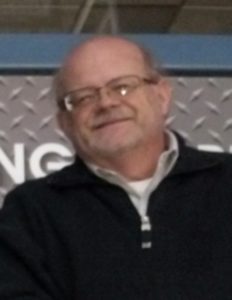 The view from the cottage window looks different these days. The leaves are falling, and the water is too cold to stick a toe into. The end of summer. I suppose that endings in general have a bit of a bad reputation. Nobody likes to see good things, good weather, or good people come to the end of their life season. Still, I think it’s important we understand that endings are a necessary ingredient of new beginnings. As we anticipate the end of 2016 and look forward to a new year, I find our center rocked by a very specific and difficult “ending.”

A late-night phone call in September brought the terrible news that our friend and beloved Emergency Management Director, Bill Stolte, had collapsed from a heart attack while at his church where he went to practice with the church band. CPR was started immediately, and the crews arrived quickly to begin additional lifesaving measures. Sadly, those efforts were unsuccessful, and Bill did not make it.

Bill was there for the big emergency events, and the small stuff, too. Shortly before he died, I was plagued by a particularly persistent and rogue cricket burrowed somewhere beneath the carpeting in my office. He chirped incessantly at random times. When I tried to look for him, he’d disappear. I enlisted the help of Bill. He was emergency management and this was my emergency! Without missing a beat, Bill systematically and methodically moved my table and chairs and carefully lifted the carpet to find the culprit. After several days of intense investigative work, Bill directed the facilities guys to caulk along a wall. It worked. Emergency successfully managed!

Although weeks have passed, I still get a pain in my heart when I pass by his office—two doors down from mine. The funny signs, his miniature guitars, and pictures of his precious family remain intact, adorning the office’s walls and shelves. I can’t help but smile at the messages, especially the a quote attributed to President John F. Kennedy that inspired Bill’s life in public safety: “Let both sides explore what problems unite us instead of belaboring those problems which divide us.”

Waukesha County Executive Paul Farrow put Bill’s life into perspective when he said, “Bill did such a great job of preparing this county for the eventuality of any disaster or emergency, but this (his death) is the one thing that he did not prepare us for.”

Prepared or not, death comes. Endings come. Despite our best efforts and vigilant use of the protocols, we know that all of the people we try to reach out and help through the phone don’t always make it. Our friend and colleague may not be here tomorrow. The officers or firefighters we dispatched may be on their last call ever. Does your department have a resource available 24/7, 365 to give you support when those critical “life events” happen in your center? Know it is OK, good, and even healthy to talk about the situation, the call, or the person you have lost.

Endings are definitely a trauma to the heart, so we need to make sure we are providing our folks with the ability and time to grieve, the time to remember, and the time to heal.

Now I know that life will never quite be the same without Bill Stolte. I’ll never again hear the sound of a cricket and not think of my friend in the green vest, a man who prepared for emergencies—large or small, he cared about them all. I find comfort as I remember that Bill’s legacy is much more than an ending; it represents a beginning—a colorful new season revealed to those whose lives he has impacted along the way, and to those who will continue to benefit from his life’s work in years to come. Thanks, and rest in peace, Bill.