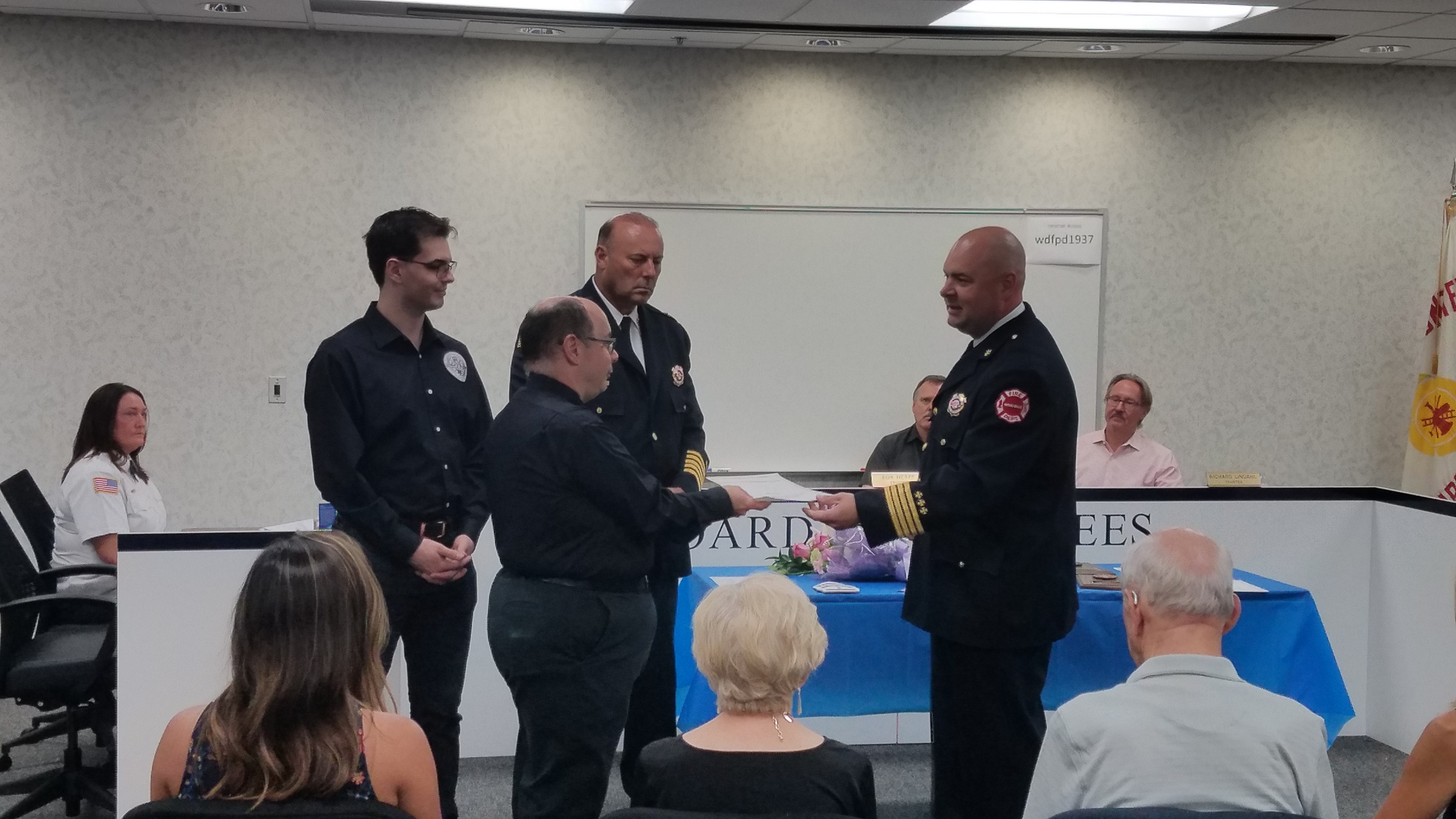 Sometimes the most challenging calls require emergency dispatchers to get a little help from their friends.

Co-workers Mike Graves and Christopher (Kit) Willadsen, at Addison Consolidated Dispatch Center (ACDC) in Addison, Illinois (USA), supported one another when a call came into the center from a bicyclist who had come across a non-responsive man.

Willadsen took the call from someone who had been riding on a bike trail at the DuPage County Forest Preserve Salt Creek Marsh in Wood Dale, Illinois. The heavily wooded area is a popular spot for outdoor activities, but it can also be a difficult spot to pinpoint caller locations. It covers 26,000 acres of wetlands, woodlands, and prairies. Fortunately, Willadsen got a hand from the caller and from his teammate Graves.

“The caller gave a good description of where he was,” Willadsen said. “The location where they were made it difficult to pinpoint. [Graves] saw where it was.”

The caller indicated that the man had possibly fallen off his bike. The victim was turning purple, having difficulty breathing, and not responding appropriately. Willadsen reassured the caller that help was already on the way, and he instructed him to lay the man flat on his back. At this point, the victim stopped breathing. Willadsen didn’t hesitate to confidently give CPR instructions to the caller.

However, because of the urgent nature of the call, combined with troublesome location, Willadsen knew he’d need help sending crews to the right location while he focused on the caller.

“[Willadsen] yelled across the room where the caller was, and I looked at a map in the forest reserve area,” Graves said. “I had to switch to Google Maps to see where the bike path was. [Willadsen] was handling the heavy work; I guided units in and was verifying locations.”

Meanwhile, Willadsen had the responsibility of coaching the caller on administering CPR and keeping him calm.

“The caller was freaked out but attentive; he was ready to go,” Willadsen said. “It’s a little more satisfying when you have callers going with your flow and when you’re able to flow with the protocols and training.”

Narrowing down the exact location in this forest wasn’t easy for Graves, but there were plenty of twists and turns with the caller, too. Willadsen coached him and encouraged him while counting out loud together. Within 90 seconds of the chest compressions, the patient began to breathe. However, while Willadsen conducted the breathing test, the patient stopped breathing again. Willadsen instructed the caller to start compressions again. This time, within 45 seconds the patient started breathing again, and the first fire unit arrived on scene and took over.

Graves played a critical role in getting responders on the scene so quickly. He initially used information from Willadsen and then relied on Vesta 9-1-1 Phone Map and Google Earth to give the appropriate information to responding units. He provided the units with landmarks in the forest to quickly get them to the victim.

Willadsen and Graves acknowledged that this call was unique. Willadsen said he hung up the phone confident that he had done everything right.

“We did the best we could with the info we had at the time and used the tools that were given to us,” Graves said. “Everything fell into place. It doesn’t always happen that way.”

For their outstanding efforts, ACDC Professional Standards Coordinator Sherianne Hermes nominated Willadsen and Graves for the IAED’s Call of the Week.