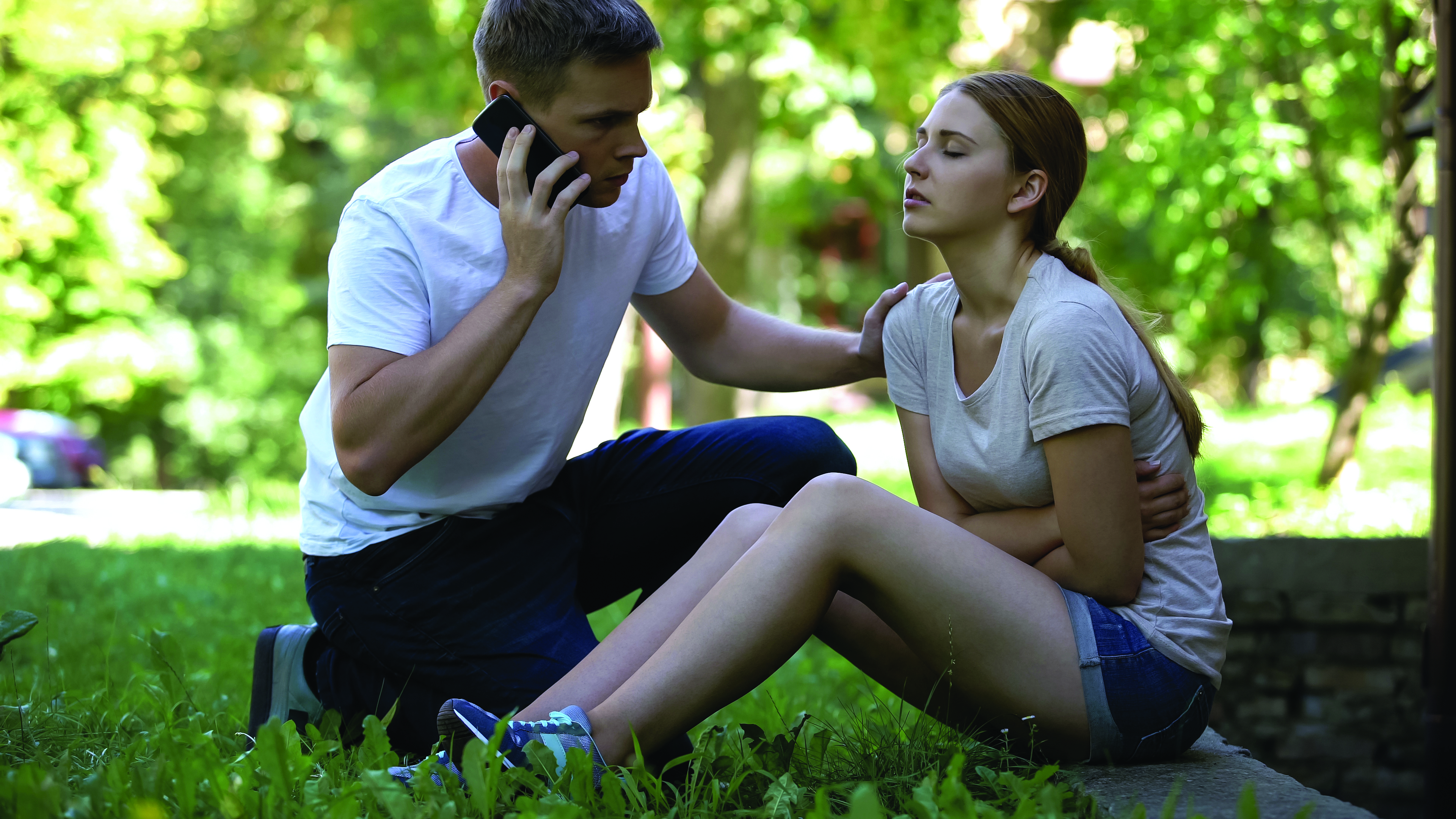 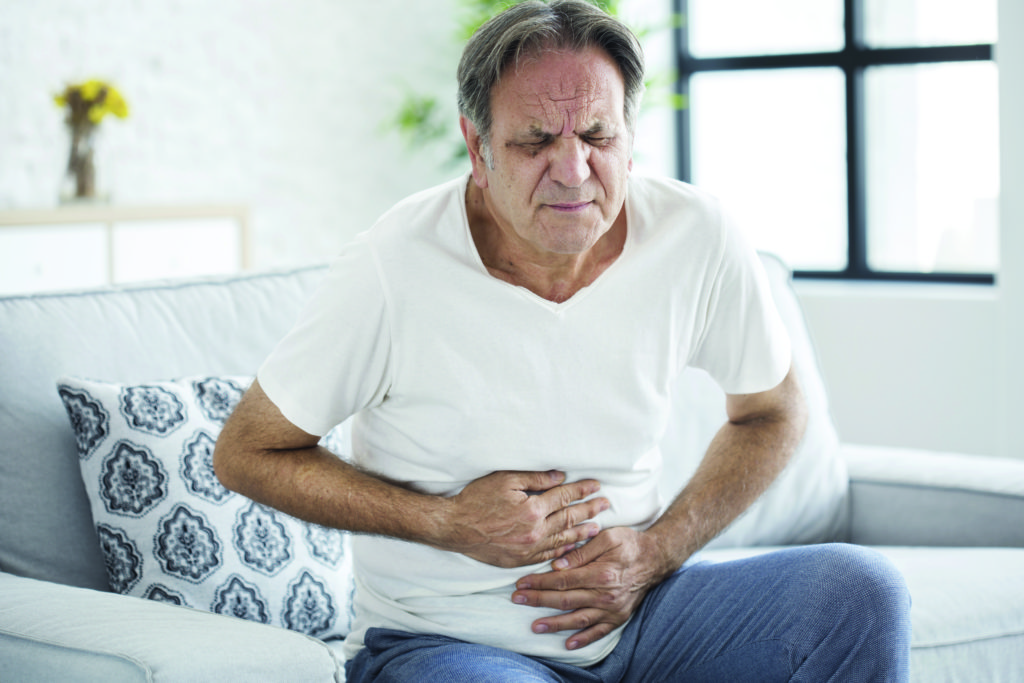 Unless you lead an extremely charmed life, you have probably experienced food poisoning at some point. Often, people mistake mild cases of food poisoning as a case of the stomach flu. In its most extreme form, it can be life threatening, but generally, it is not. After several hours of severe stomach cramps, dizziness, nausea, vomiting, and diarrhea, it can feel like your life is at its horrible and untimely end. There’s no specific medical treatment for most types of food poisoning—in most cases, advice is to keep well hydrated and let it run its course (so to speak). In addition to the common complaint of food poisoning, there are myriad other possible pathologies associated with abdominal pain.

As a patient, it can be difficult to know when one’s abdominal pain warrants a 911 call or trip to the ER. Consider the following medical scenario: A 67-year-old patient’s wife calls 911 due to her husband’s complaint of a tearing pain deep in his abdomen. She reports that his color does not look good, and he appears to be struggling. An ambulance is dispatched. When the ambulance arrives, the patient is found to have clammy, dusky skin and is no longer conscious. Despite the efforts of paramedics and the receiving emergency department physician and staff, the patient deteriorates, goes into cardiac arrest, and is unable to be resuscitate.

The cause of death is determined to be one of the most emergent medical conditions known: a rupture in the patient’s aorta from an abdominal aortic aneurysm (sometimes called a Triple A).

So how can you sort the serious from the not-so-serious calls in the dispatch center? Protocol 1: Abdominal Pain/Problems in the Medical Priority Dispatch System™ (MPDS®) is here to help.

One of the most important things to remember when taking a call involving abdominal pain is Axiom 2 on Protocol 1: “Severity of pain is not related to the seriousness of the problem.” A patient can be stuck in the fetal position on the floor due to severe pain, but that doesn’t necessarily mean the medical problem causing the pain will warrant a DELTA response. There’s a reason none of the Key Questions in the protocol asks patients to rate their pain on a scale from one to 10.

Your abdomen houses a good chunk of your body’s organs, like the stomach, the colon, the liver, the intestines, the gallbladder, the appendix, the esophagus, and the reproductive organs. In other words, there are lots of probable causes for abdominal pain, and when a caller says “my stomach hurts” it’s your job to quickly assess whether that pain is life threatening or not based on other symptoms. As Gigi Marshall, RN and ECNS Program Administrator, said, the very first thing you need to do is rule out red flag symptoms that could indicate an emergent condition.

One of those red flags is the patient’s alertness, which is determined by Key Question 1. This does not just mean that the patient is conscious—it also means that he or she is responding appropriately to external stimuli. If a patient is awake but acting unusual, that means that he or she has an altered level of consciousness. A decreased level of consciousness (such as Not alert) in a patient indicates that there could be a problem with either circulation or tissue oxygenation and, as you know, the circulation of oxygenated blood is crucial to human life.

“A change in the level of consciousness from baseline is one of the earliest and most sensitive signs of insufficient tissue oxygenation,” Marshall said.

If a patient is reported as “Not alert,” that will warrant a 1-D-1 Determinant Code.

In addition to an insufficient oxygen level, decreased blood flow is also a priority symptom in patients with abdominal pain. Determinant Code 1-D-2 “Ashen or gray color reported ≥ 50” does not have a corresponding Key Question. Unlike in Protocol 6: Breathing Problems, you won’t ask if the patient’s skin is changing color; you should only pick 1-D-2 if the caller volunteers the fact that the patient’s skin is ashen or gray (if they are 50 years and older).

What does ashen—which can also be described as pale or gray—skin indicate? Conrad Fivaz, M.D. and Clinical Director of Priority Solutions™, said that it is generally a result of shock due to blood loss or a low circulating volume.

You see, when a body is low on blood, the remaining blood in circulation is shunted to the most vital organs, like the heart, the brain, and the lungs, away from the nonvital organs, like the stomach or the skin. The reason skin looks pink and “alive” is because of the flow of oxygen-rich blood. So if someone’s skin looks gray, it means that they have lost enough blood volume that what’s left is being sent away from the skin. Blood loss is not the only reason skin can become ashen or gray, but it is a common one.

Another indication of blood volume loss is fainting from hypovolemia. If there’s a decreased circulating blood volume from anywhere in the body, the total blood pressure in the arteries drops, and this is particularly noticeable when the patient stands up. This is why Key Question 3 is asked when the patient is a female 12 and older or a male 50 and older.

Age: It’s not just a number 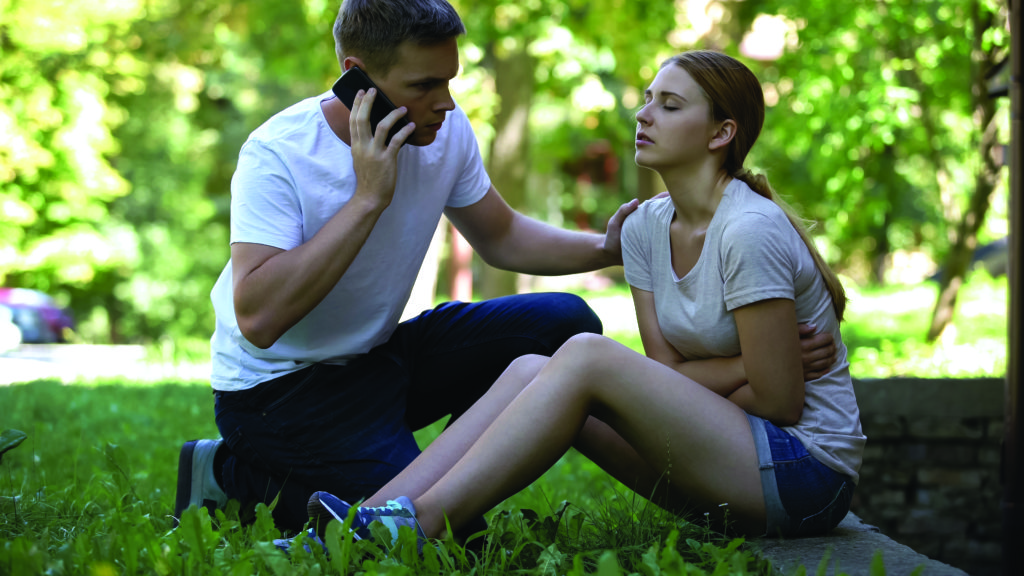 The patient’s age is important in Protocol 1, as opposed to Protocol 26: Sick Person (Specific Diagnosis) or Protocol 30: Traumatic Injuries (Specific) where none of the Determinant Codes mention the patient’s age. Abdominal pain in women 12 and older—the age at which women could potentially bear a child—could be due to an ectopic pregnancy. Ectopic pregnancy literally means a pregnancy outside of the usual place (the uterus). Rarely, a fertilized egg may implant in the abdomen. The most common location for an ectopic pregnancy, however, is in the fallopian tubes. And since pregnancies are designed to take place inside the uterus, things can get dangerous very fast with an ectopic pregnancy due to the eventual rupture of the fallopian tube and consequent internal bleeding. Ectopic pregnancies are not extremely common, but they are dangerous and must be ruled out before other diagnoses can be considered.

If the patient, male or female, is over 50, Key Question 2 has you ask if he or she has been diagnosed with an aortic aneurysm and, if the answer is no, to describe the pain. The aorta is the main vessel coming out of the heart, and after age 50 a person is more likely to have areas of ballooning in the aorta. Marshall compares ballooning or dilatation to weak spots in a garden hose—they are sites where the tissue is weaker than usual and have the potential to leak or burst. An aortic aneurysm occurs when part of the aorta’s wall becomes abnormally large or balloons outward. One can have an aortic aneurysm and not have any symptoms. Fivaz says that an aortic aneurysm can be caught when a doctor is performing an ultrasound, CT scan, or MRI to check something else out. As long as it’s under a certain diameter, there’s typically no surgical intervention. The course of action is to regularly monitor the size of the aneurysm with the doctor informing the patient about which symptoms to look out for if it dissects, ruptures, or tears.

If, after you ask Key Question 2a, the patient describes the pain as “tearing” or “ripping” in the back, flank, or abdomen, one should triage the call as a “SUSPECTED aortic aneurysm” (Determinant Code 1-C-1).

Like an ectopic pregnancy, aortic aneurysms aren’t the most common cause of abdominal pain in this age demographic (50 and older), but it is the most emergent and must be ruled out as quickly and efficiently as possible.

What’s the deal with having two Determinant Codes for abdominal pain above the navel (one for males 35 and older and one for females 45 and older)? According to Marshall, the blurring of the area distinguishing between abdominal pain and chest pain is addressed in the protocol because atypical symptoms of a heart attack—more commonly in females—might present in the abdomen but above the navel (also called “epigastric pain”). Heart attacks are much more common in women 45 and older and in men 35 and older than they are in younger people, and this is why age and gender ranges are considered.

“Epigastric pain is also likely to be indigestion, especially in that age range,” Fivaz said, “but we’d rather err on the side of caution and overtriage instead of undertriage.” Any seasoned emergency department physician, nurse, or paramedic has treated patients who have gone into cardiac arrest after treating their symptoms with antacids.

Determinant Code 1-A-2 “Testicle or groin pain (male)” was added to MPDS v13, despite seeming, at first glance, not to fit in with its abdominal compatriots. However, Fivaz said it is not uncommon for a time critical condition like testicular torsion, which is when the testicle turns on its own axis and cuts off blood supply, to present with lower abdominal/groin pain. In most situations, it is not a result of a traumatic injury and happens spontaneously. Keep in mind that the pain may have been present for a while before the patient calls, and that it’s a matter of hours, not minutes, when irreversible damage can occur. In severe cases, where the blood supply has been cut off for a number of hours, the testicle might not be salvageable.

“Anything that could compromise life, limb, or function is emergent,” said Marshall, and since testicular torsion could result in a preventable loss of testicle, it counts.

What’s important to remember in an abdominal pain call? First, level of alertness. If patients aren’t getting sufficient oxygen or blood flow, they’re in trouble. Second, age. Age is a big factor in potential ectopic pregnancies, aortic aneurysms, and/or heart attacks. And third, even though ALPHA-level codes aren’t DELTAs, they can still be emergent.

You never know if a patient’s abdominal pain is benign or lethal, so treat every case with caution to ensure the patient gets the best possible care.