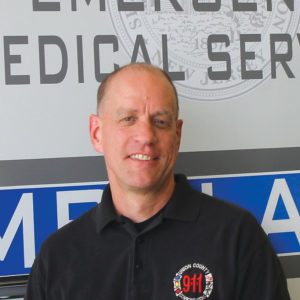 If your agency uses ProQA®, you have a very powerful resource allocation tool at your fingertips. At many agencies that dispatch different types of responders, the Determinant Code is used by CAD to recommend who or what to send to the call. But there are intriguing possibilities even for single-tier systems where, for example, Advanced Life Support (ALS) providers go on every EMS call. Let’s look at how CAD systems work with ProQA to present a response recommendation to the emergency dispatcher.

When the emergency dispatcher accepts the Determinant Code presented at the Send screen, a corresponding value called a CAD code passes to CAD. The CAD code may resemble the Determinant Code—for a 10-C-4 it might be 10C04—or it may be different entirely. CAD then looks in its table of response values to see what specific response your agency has associated with that code and recommends those units. In some CADs, the problem/nature displayed will also be based on the CAD code.[i]

On the ProQA side, the user-defined response for each Determinant Code is entered into the ProQA Paramount Admin Utility and appears on the Send screen in the rightmost column titled “Responses (user-defined).” But that text doesn’t actually tell CAD what to do—it’s the alphanumeric CAD code that does that. What the emergency dispatcher sees in the Responses column is just a free-text description corresponding to that CAD code.

For multi-tier EMS systems, a Traffic/Transportation Incident with a Determinant Code of 29-B-1 (Injuries) would get a BLS response. A 29-D-9 (Not alert with normal breathing) would typically get an ALS response. Having a CAD capable of utilizing the Determinant Codes to recommend these responses is ideal, but not essential. The ability to predetermine the local response for each Determinant Code is what really counts. Even an agency without a CAD system can use a simple computer application or flip cards to indicate to the emergency dispatcher what response corresponds to each Determinant Code, or—for single-tier systems running “HOT” to every call—when additional resources are needed. One such scenario might be a 29-D-1f (MAJOR INCIDENT - Multi-vehicle (≥10) pile-up).

A feature called “Cursor Priority” also allows an agency to designate which Determinant Code takes priority when more than one applies within the same level. Whereas a 29-D-5 (Pinned (trapped) victim] normally takes precedence over a 29-D-6 (Arrest), an agency could designate a 29-D-6 to take priority when both criteria apply if it would send more resources to a crash involving a cardiac arrest.

Determinant Codes in ProQA can also identify when a police response is needed for a fire or EMS call and vice versa. A psychiatric emergency coding as a 25-B-3 (THREATENING SUICIDE) could be designated to get a response of BLS PD HOT. Determinant suffixes give additional flexibility to differentiate responses based on specific criteria. A motor vehicle crash involving a pedestrian (29-D-2m) might require just EMS whereas a rollover (29-D-2p) will typically require a rescue unit in addition. Suffixes can also identify when more specialized resources are needed. In Protocol 29, some Determinant Descriptors and suffixes are associated with a high frequency of air medical flights. A 29-D-3k (HIGH VELOCITY impact involving an all-terrain vehicle or snowmobile) could be designated for MedEvac to be automatically placed on standby.

ProQA isn’t just for emergency dispatchers. Consider the possibilities. Your CAD vendor can provide you with more information.

[i] For convenience in programming, the same CAD code can be assigned to multiple Determinant Codes within the same Problem/Nature if the response is the same for all of them.