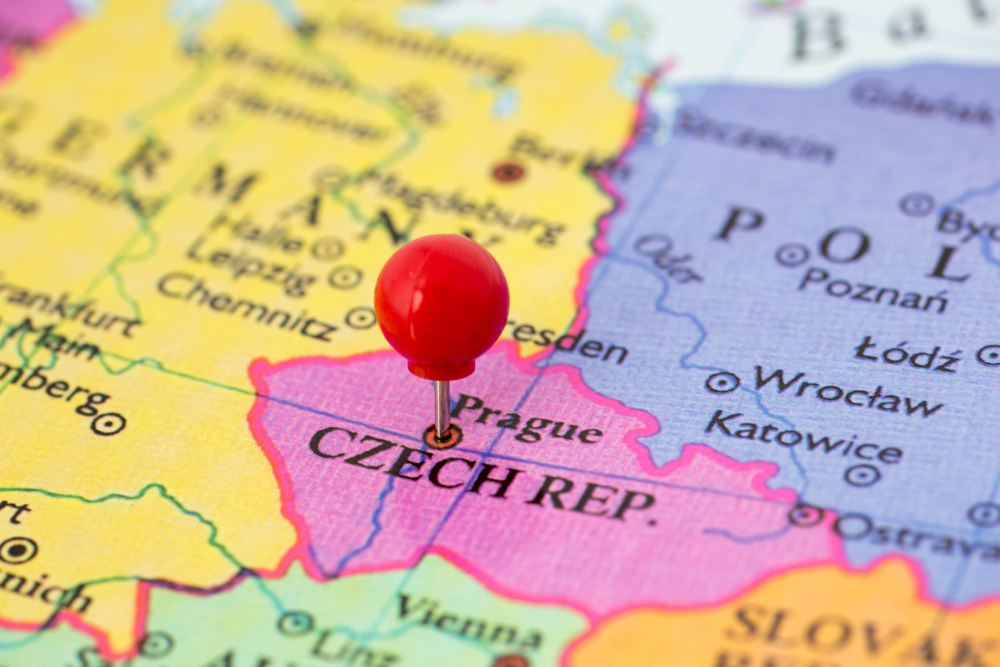 A cross-border EMS treaty and agreement between two central European countries didn’t come a minute too soon for a Czech cyclist involved in an accident on the Austrian side of the border.

The cyclist’s cellphone was logged into the Czech network and the Czech dispatcher rerouted the call to center in Lower Austria. A Czech ambulance was sent to the accident scene in Austria. An Austrian ambulance unit with a doctor on board was dispatched to the same location. After medical treatment, the cyclist was transported by Czech ambulance to a Czech hospital. The cyclist survived.

A month earlier and a stop at the border would have delayed the cyclist’s medical care.

In January 2016, Austria and the Czech Republic signed a state treaty, allowing EMS forces to supply EMS operations to the neighboring country. Several months later, during the second half of 2016, the governor of Lower Austria, and the Czech Republic governors of South Bohemia, and South Moravia signed a cross-border cooperation agreement.

The state treaty and ancillary cooperation agreement allow ambulance border crossing through assistance by the respective communication center regardless of the mobile network provider’s location. Ambulance personnel from both countries can render medical assistance to patients with the same protection as intrastate assistance.

“This is a major agreement in streamlining services,” said Siegfried Weinert, a volunteer for the Austrian Red Cross for more than 30 years and project manager of the lower Austria dispatch center of Notruf Niederoesterreich. “We are able to bring medical support to the patient as quickly as possible no matter which side of the border.”

To understand the significance, Weinert describes a medical emergency that occurred in November 2015, prior to the treaty and cooperation agreement.

Two Austrian males were taken ill. One was unconscious, though breathing, and the other, who was conscious, used his mobile phone to call 144 (the Austrian equivalent to 911). The call was answered at the 144 Notruf Niederoesterreich emergency dispatch center, Lower Austria. The two men were a half mile from the Austrian border in the Czech Republic, and less than a mile from the closest hospital on the Austrian side of the border.

And that’s where the problem started.

In November 2015, Austrian ambulances were prohibited from crossing the border into the Czech Republic and Czech ambulances lacked the authority to cross into Austria. There was no cooperation agreement between communication centers.

144 Notruf transferred the emergency call to Austrian border police and they passed the call to Czech Republic border police who then contacted their superior authority. The call, lost in different communications channels reached the responsible dispatch center an hour later.

A Czech Republic ambulance dispatched from a station 27.7 miles away from the patients’ location arrived on scene a hour after the 144 call. The Czech ambulance transported both patients 0.3 miles to the near border station. More than two hours after the initial call, the two patients arrived at the Austrian hospital which was less than 1.5 miles from the border.

Both survived despite the hours separating their call for help from on scene response.

With the help of government officials, lawyers and interpreters fluent in German and Czech languages, the final treaty covers details that complement the EMS systems and recognizes their independence. For example, ambulances have the same traffic regulations on either side of the border and toll booths are free of charge for ALS units. Doctors and paramedics can perform the same procedures as in their home country in accordance with local guidelines and standard operating procedures (SOPs).

The treaty’s success in providing patient care, no matter which side of the border they live in, serves as a model for other European countries, said Weinert.

“This is a view toward developing a European network, and we are preparing ground for future cooperative agreements on operational and political levels,” he said.

Weinert was among 10 international EMS figures selected for the Innovators in EMS Award presented as part of the EMS Today 2017 Conference held recently in Salt Lake City.

Lower Austria’s dispatch center 144 Notruf Niederoesterreich employs 100 calltakers and dispatchers, and handles more than 1,6 million calls a year, including 250.000 emergency calls; it dispatches more than 800 BLS and ALS units from 211 ambulance stations. 144 Notruf Niederoesterreich uses the Medical Priority Dispatch System™ (MPDS®) and in 2009 became the first ACE in continental Europe. During this year, the center is implementing the Emergency Communication Nurse System™ (ECNS™). The Austrian Red Cross is the largest EMS provider and ambulance service in the country.

The Czech Republic operates one dispatch center in each region, organized by the Krajs- Health Department. The dispatch centers in the border regions of South Moravia and South Bohemia dispatched a total of 101 ALS units in 2015. In the Czech Republic, EMS is a separate service run controlled by the state through regional authorities and statutory towns.