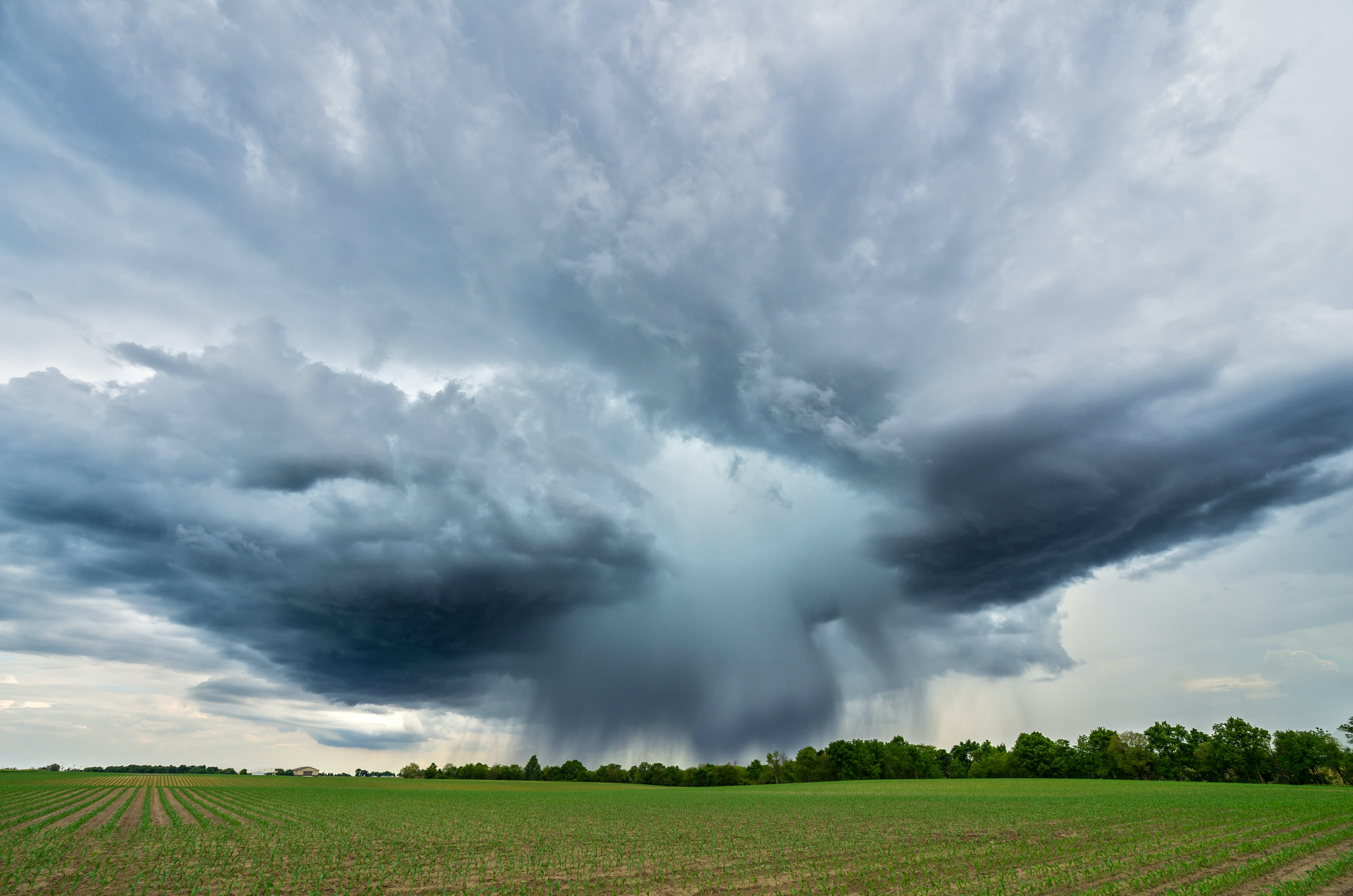 From hurricanes and typhoons causing death, flooding, and property damage to polar vortexes bringing record low temperatures, weather disasters around the world have made their mark on 2019 and will undoubtedly echo through the years to come. Widespread power outages can also impact communities in relation to these emergencies.

Here’s just a sampling of these events from the past year:

Hurricane: Hurricane Dorian made landfall Sept. 1 in the Abaco Islands before stalling over Grand Bahama for 30 hours. The Category 5 hurricane battered the islands with sustained 185 mph winds and a storm surge of more than 20 feet, leveling entire neighborhoods and leaving some 70% of Grand Bahama underwater.1

Typhoon: Typhoon Hagibis proved to be extraordinarily devastating for northern Japan when it struck the weekend of Oct. 11–13, unleashing more than three feet of rain in just 24 hours in some locations, causing widespread flash flooding as well as river flooding. According to the Washington Post, more than 20 rivers in central and northeastern Japan burst their banks, flooding more than 1,000 homes in cities, towns, and villages.2

Polar vortex: Winter in the northern hemisphere, also called the polar vortex—an area of low pressure and cold air surrounding the Earth’s poles—can expand, hurtling along the jet stream and bringing extremely cold temperatures. In 2019, a polar vortex came after a winter storm dumped up to 13 inches (33 centimeters) in the Midwest (USA) and brought record lows to locations in the affected region. For followers of the Farmers’ Almanac, its extended 2019–2020 weather forecast calls for yet another freezing, frigid, and frosty winter for two-thirds of the country.3

Widespread power outage: Extended power outages impact entire communities when the electricity is shut off either as a result of weather or other disaster or when planned to avert disaster. For example, Pacific Gas and Electric shut down power in mid-October to an estimated 2 million customers to decrease the likelihood of equipment sparking wildfires. The lack of electricity shut down medical devices, spoiled perishable food, and caused economic losses for businesses.

Revised instructions aim to guide callers to a more survivable situation, ranging from simply moving away from danger to self-rescue or self-protect situations. More complex advice, once risks are assessed, may direct the caller to attempt to rescue or stabilize a companion or bystander whose life would likely be lost unless some action were taken immediately.

Dynamic triage priorities may change as the incident progresses and, consequently, necessitate a direct liaison between public safety services and the communication center. A hurricane in the Atlantic or a fire burning in a distant forest are handled differently than these same threats in an urban location where lives, homes, high-density residential facilities, and commercial and public structures are threatened. Well-established formulas to automatically send the assigned units for the incident type, which are programmed in the CAD, may be suspended. Resources may be overwhelmed. Disasters imperiling emergency communications services and delaying response are not unusual circumstances, and issues like these will continue to increase considering continued population growth, urban sprawl, and stretched public service budgets.

Examples include the following:

Typical of these situations, emergency dispatchers prioritized calls, worked extra hours, and, in many cases, came into the center or backup center either voluntarily or upon request to help handle the overload. The internet-based NG911 initiative will make it possible for 911 centers to network with each other. If one jurisdiction’s 911 center is overwhelmed by a natural disaster, such as a hurricane, a technical failure, a terrorist attack, or some other incapacitating event, its workload can be forwarded automatically to other 911 centers nearby, or even hundreds of miles away, to ensure that 911 calls are not dropped or put on hold.6

While trends in the amount of area wildfires damages differ from year to year, an increased number of wildfires is a predicted element of climate change. Warmer temperatures and drier vegetation are perfect conditions for wildfires. The wildland-urban interface (WUI) - where houses border wildland vegetation and where wildfire problems are most pronounced - grew rapidly from 1990 to 2010 in terms of the number of new houses (41% growth) and land area growth (33% growth), making it the fastest growing land use type within the one common boundary: the contiguous 48 states in the U.S.7

Protocol 83: Weather Disasters/Situations is among protocols added in FPDS v7.0. This protocol may be used to accomplish incident triage when the communication center is overwhelmed by calls for assistance during extreme weather or disaster situations. Key Questions open with identifying the type of weather or disaster emergency: Hurricane, Tornado, Earthquake, Flooding, Wind, Snow/Blizzard, Hail/Ice/Freezing rain, MCI, Widespread power failure, and Other. The next Key Question addresses whether anyone is trapped (if so, "How many?" and "Exactly where are they located?"), and Key Question 3 identifies whether anyone is in immediate danger (possible numbers and location). Key Question 4 asks about injuries, and, finally, Key Question 5 gathers information about buildings and structures involved and estimated extent of damages, if appropriate.

The EFD should take note of the definitions listed on this protocol, as follows:

ENTRAPMENT: A situation involving prevention of escape in which there is an increased threat of injury, illness, or death to a person.

IMMEDIATE DANGER: A situation where the dangers at the scene could be reasonably expected to cause death or serious physical harm immediately.

Local Fire Administration must also define and authorize specific terms such as MASS CASUALTY INCIDENT, CRITICAL INFRASTRUCTURE, AND NON-INFRASTRUCTURE based on local needs and resources as discussed in greater detail later.

Post-Dispatch Instructions (PDIs) direct the caller/bystanders to take action, particularly in a disaster mode compromising immediate response. The PDIs provide a script that underlines the urgency and efforts of 911 and responders in these life-threatening situations. The emergency dispatcher cannot control not predict when the fire department will arrive to provide aid (and the IAED Performance Standards discourages emergency dispatchers from promising or providing false reassurances. As PDIs b,c, and d indicate, survival depends largely on the actions of the caller/bystanders in the absence of an immediate response.

Rules accompanying the Protocol are explicit in explaining the Protocol’s design and use. Again, the objective is rapid assessment and prioritization of incidents as response may be limited until conditions permit. The communication center should have a policy to document/log the time the calls are received and whether a response was sent. Emergency dispatchers should follow up on all calls for assistance as time allows.

Individual actions are based primarily on the caller’s observations and descriptions. Part of the overall responsibility during a large-scale disaster falls on the caller. Rule 8 states "The determination of whether or not someone is in immediate danger should be based on the caller's judgment and the scope of the incident." However, decisions on when to use this Protocol should be based on local policy and procedure and reviewed periodically.

Protocol defines MCI as a Medical/Trauma situation where the combination of multiple patients and injuries exceeds the immediate capability of the EMS system. Local Fire Administration/Agency must define and authorize for dispatch purposes what constitutes the assets essential for the functioning of a society and economy (e.g., electricity, gas/oil production, communication systems, water, agricultural production, public health, transportation, financial and security services, etc.).