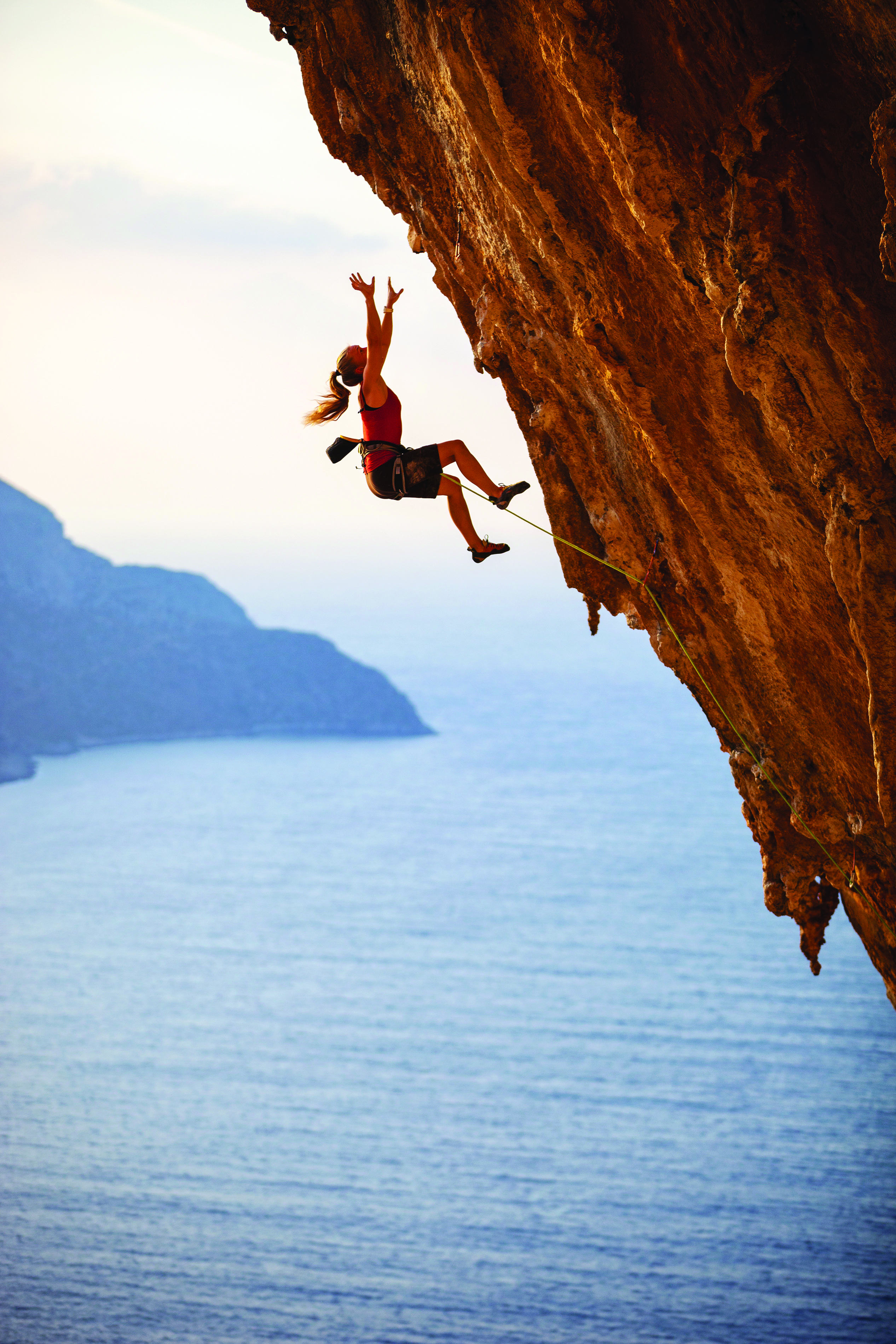 Because she had visited my dad in the assisted living facility where he was recovering from a broken hip suffered in a fall from a ladder, you think Mom would have known better. You think she would have hesitated before taking the kitchen step stool outside to clean gutters. You think she would have steadied the step stool on a level surface instead of setting it on a patch of gravel before climbing up the three steps to reach the gutter.

Maybe she should have used the phone to call her daughter or son-in-law to help.

But she didn’t, and no sooner had she reached the top step than the stool swayed on its shaky ground and tipped her off to the hard ground.

She did not hit her head. She did not fall on a hip. She fell on her knee. She was able to sit up and did not feel any broken bones. Fortunately, Mom had carried her cellphone outside and it hadn’t shattered in the fall. She gave us the call she should have made before trying to do something so foolhardy. We drove her to the emergency room where X-rays revealed a hairline fracture to her kneecap. We made her promise never to do that again.

“Cleaning a few leaves from the gutter never hurt anyone,” she said.

Well, she was right in a way. The leaves won’t hurt her, but the fall certainly could.

Take a look at these statistics: 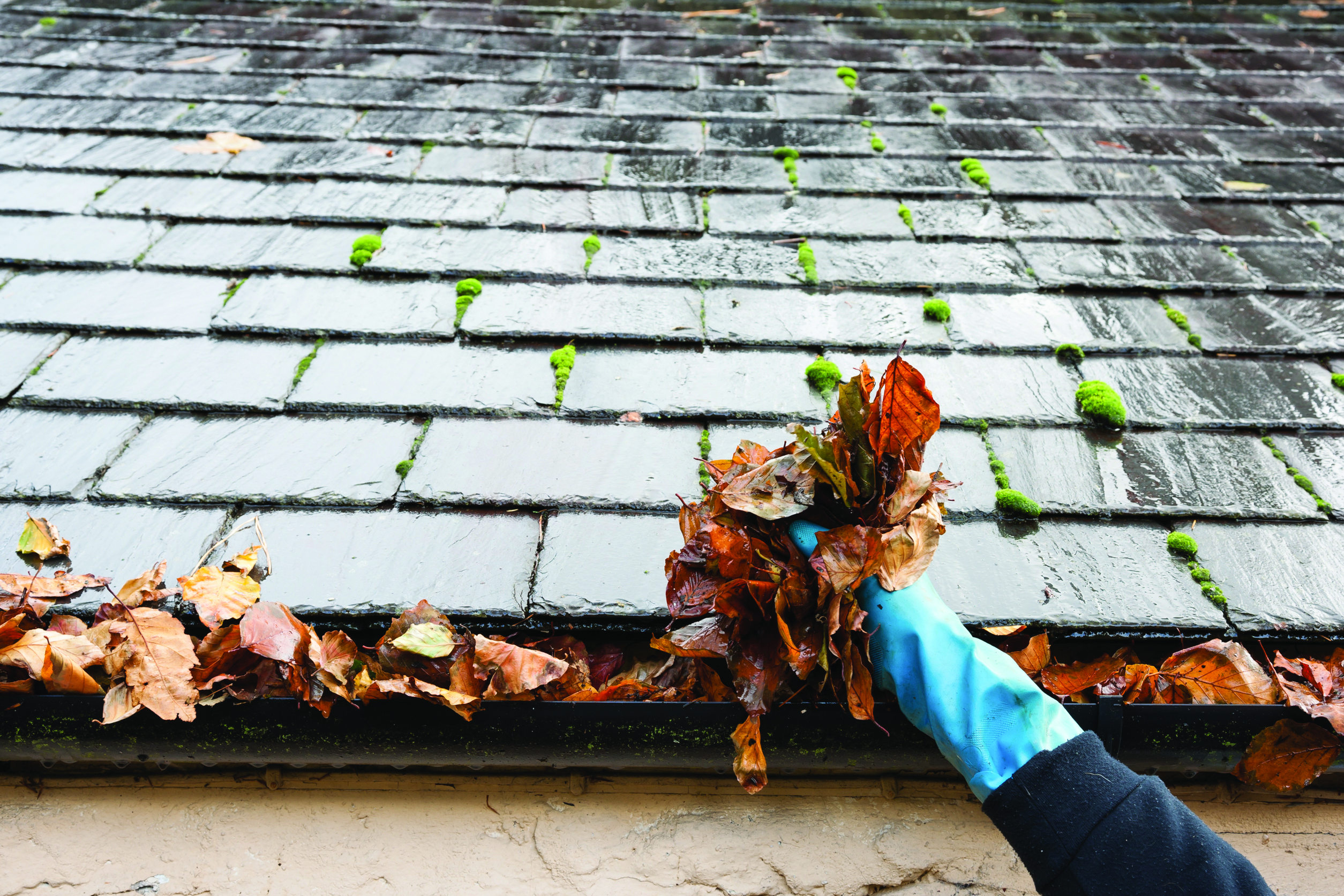 Protocol 17: Falls in the Medical Priority Dispatch System™ (MPDS®) is designed to evaluate the nature and severity of a fall in order to send the right level of care to the patient with the right response mode.

Case Entry Question 3, “Okay, tell me exactly what happened,” is generally the most important query in providing the EMD an understanding of the circumstances surrounding the fall. For instance, it may uncover scene safety issues or details that suggest a medical (non-trauma) cause of the fall.

If you are a ProQA® user, the first Key Question in Protocol 17 is “When did this happen?” Interestingly, this Key Question appears in a different order than it does in the manual cardset (the legacy MPDS), where it shows up much further down in the Key Question sequence. The ordering of the questions in ProQA software is particularly important in order for the logic engine to work properly and achieve the proper recommended determinant coding.

If the fall is not clearly from ground level, the next Key Question on Protocol 17, “How far did s/he fall?” is a key factor in determining the priority level and final coding.

EXTREME FALLS—distances of 30 feet/10 meters (three stories) or higher—and LONG FALLS—distances of 10–29 feet (3–9 meters) for adults and 6–29 feet (2–9 meters) for infants—require a DELTA-level assignment regardless of apparent injury. Determinant Code 17-D-1 is “EXTREME FALL.” Nothing changes that until the patient is evaluated in person. EXTREME FALLS and LONG FALLS are each provided their own Determinant Codes (17-D-1 and 17-D-6 respectively) because some agencies will reserve their maximum response only for the EXTREME FALLS. This is because EXTREME FALLS are virtually certain to require emergency transport to a facility such as a trauma center, where rapid treatment by a surgery team is an absolute necessity.

The reason EXTREME FALLS are so deadly is due to a physics principle most of us learned about in high school, and probably forgot long ago: the acceleration of gravity. This simple rule states that a free-falling object—in this case a person—will increase its speed by approximately 30 feet (10 meters) per second, for each second of free fall. So if someone were to fall just over 30 feet (10 meters), he would hit the ground at a speed of about 32 miles (51 kilometers) per hour. Landing on a hard surface at that speed can, of course, be fatal.

LONG FALLS also carry a substantial risk for serious injury. It doesn’t matter whether the patient and/or caller says they are OK or not. Occult (hidden) injuries are not uncommon in patients involved in high mechanism of injury (MOI) conditions. The fact that the patient regained consciousness may be completely (and likely) separate from any potential internal injuries or bleeding in the body or brain, which may not manifest early on. Walking around doesn’t rule out a ruptured spleen, damaged liver, or other internal injury.

Ground-level falls are the most common, and they may be caused by a simple slip, trip, or a medical problem that caused fainting, near fainting, or unconsciousness. A ground-level fall includes falling from a standing position or from a height in which the feet can touch the floor (e.g., from a bed or chair). The Rules and Axioms in the Additional Information assist in defining the cause and provide valuable information in determining the appropriate response.

The next Key Question on Protocol 17 determines the cause of the fall: accidental/ unknown, dizziness with fall (ground level), electrocution/lightning, fainted or nearly fainted (ground level), or jumped (suicide attempt).

If the caller reports “She fainted,” the EMD will go to Protocol 31: Unconscious/Fainting (Near). Similarly, a complaint such as: “He had the power saw on. I think he’s been electrocuted!” will direct the EMD to Protocol 15: Electrocution/Lightning and its explicit safety features.

Rule 1 tells the emergency dispatcher to “Always consider that the patient’s fall may be the result of a medical problem (fainting, heart arrhythmia, stroke, etc.).” In the vast majority of ground-level falls caused by a medical problem, the medical issue will initially take priority over any injuries sustained from the relatively low mechanism of injury associated with a fall from ground level. This is why Protocol 17 shunts to Protocol 31 if it is learned that a ground-level fall was caused by fainting, near fainting, or dizziness (Rule 7). Knowing the true cause of the fall and coding the call appropriately is paramount.

For elderly patients, it’s not uncommon for a ground-level fall to be the result of unconsciousness before the fall and, in some cases, cardiac arrest. Therefore, Rule 2 (Protocol 31) states: “An unconscious person in whom breathing cannot be verified by a 2nd party caller (with the patient) is considered to be in cardiac arrest until proven otherwise.”

Some ground-level falls do not involve medical (non-trauma) causes, and in those cases, the EMD will likely be dealing with an injury and remain on Protocol 17. According to Axiom 1, “Ground-level falls in elderly patients commonly result in hip fractures, which are not prehospital emergencies.” A caller may recognize the possibility of a hip fracture from the appearance of the patient’s leg—which is often shortened slightly and rotated inward—and the inability to bear weight on the leg; pain can be moderate to severe and present anywhere from the pelvis to the knee.

Hip fractures can be very painful and debilitating, but they are not pre-arrival or even prehospital emergencies since a few minutes shaved from the response time would not make a difference in the outcome. Some people disagree, but it has been the Academy’s view that an isolated injury without priority symptoms, from a low mechanism of injury, does not justify the risks associated with a lights-and-siren response. In fact, these patients actually need slow, methodical, and gentle transport, rather than speed, which is often associated with rough handling and a rough ride to the hospital that is painful and can even aggravate the injury.

The patient’s condition after the fall also depends on other factors involved, such as slipping on ice and getting the individual out of the cold. In dry and warm (comfortable) situations, patients can receive adequate support from a pillow or blanket roll, and that’s usually all they need until BLS arrives.

A fall associated with alteration of consciousness, however, is potentially critical even at ground level because of the potential for airway obstruction and even cardiac arrest. Trauma patients described as not alert with ineffective breathing require an airway maneuver, and the EMD should protect life over limb and open the airway (Rule 3). DLS Links direct the EMD to instructions for airway maneuver (NABC-1) if the patient is in arrest or has ineffective breathing and is not alert. Links to specific panels on Case Exit are also available to address scene safety or to direct the caller to handle bleeding or an avulsed tooth, if necessary.

If breathing is effective and PAIs are not necessary, it is prudent to encourage the rescuer to use his/her hands to stabilize the patient’s head and neck in the position found if a spinal injury is suspected (Rule 5) and to monitor the patient for any symptoms. In most cases, however, gentle and careful transport to the hospital for further evaluation and treatment is the priority. 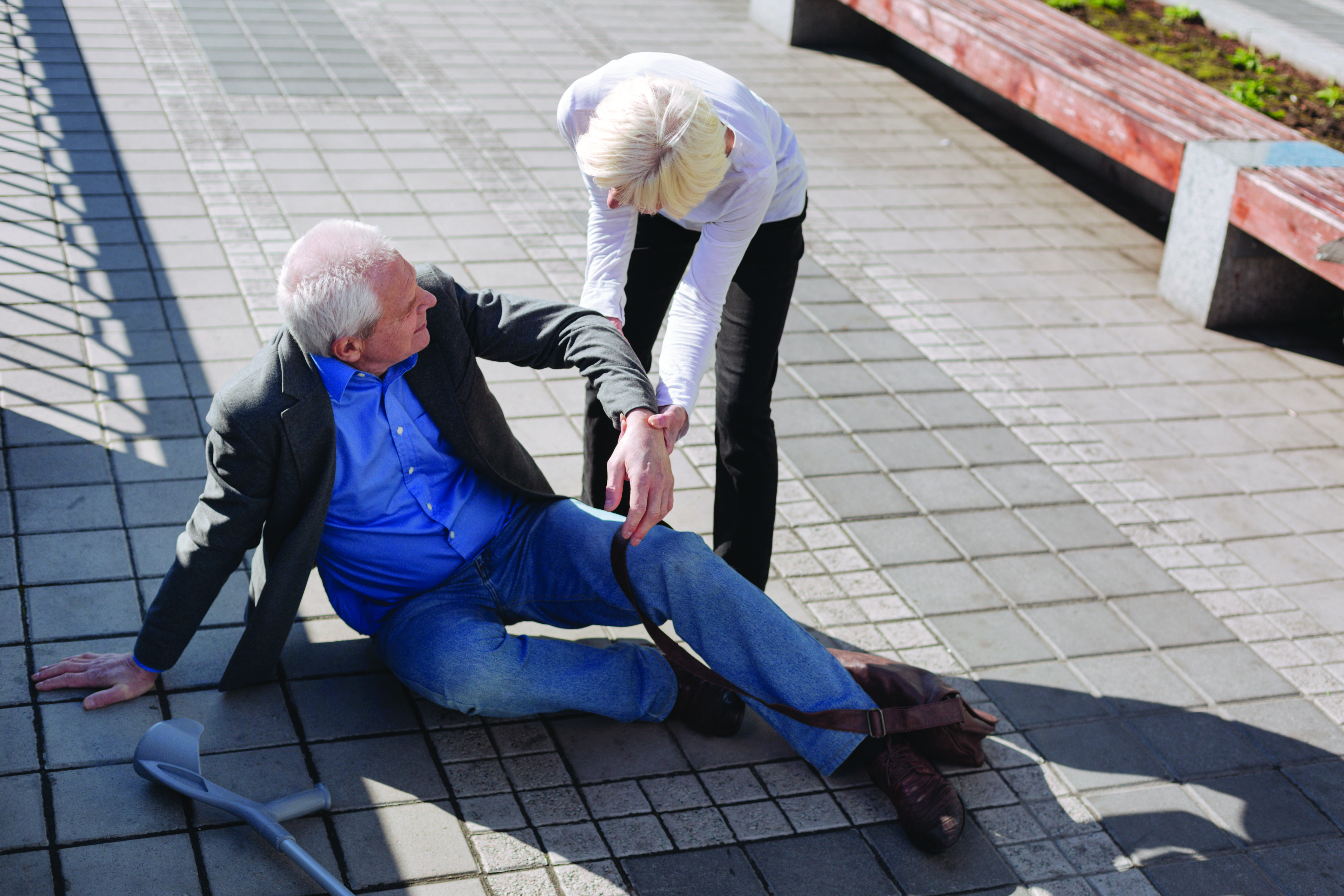 In my family, the increasing loss of independence is hard on Mom, as it is for the rest of us. The threat of severely limited physical activity or death due to a fall, however, helped convince her to put away the step stool, even when she wants to reach glassware or canned foods stored on a top shelf in the kitchen cabinets. I also suggested some precautions, courtesy of Jane Brody, Personal Health columnist for The New York Times:5

Finally, do like the Dutch and learn how to fall correctly. See the story and video at https://www.nytimes.com/2018/01/02/world/europe/netherlands-falling-elderly.html for more information.

Comfort Keepers, Seniors and Falls: Statistics and Prevention, May 12, 2016

Note: Much of the information in this article was based on the Medical CDE “Age Factors: Older population more susceptible to falls,” by Brett Patterson, IAED Medical Council of Standards Chair, and published in the Jan/Feb 2014 issue of the Journal (begins on page 30).