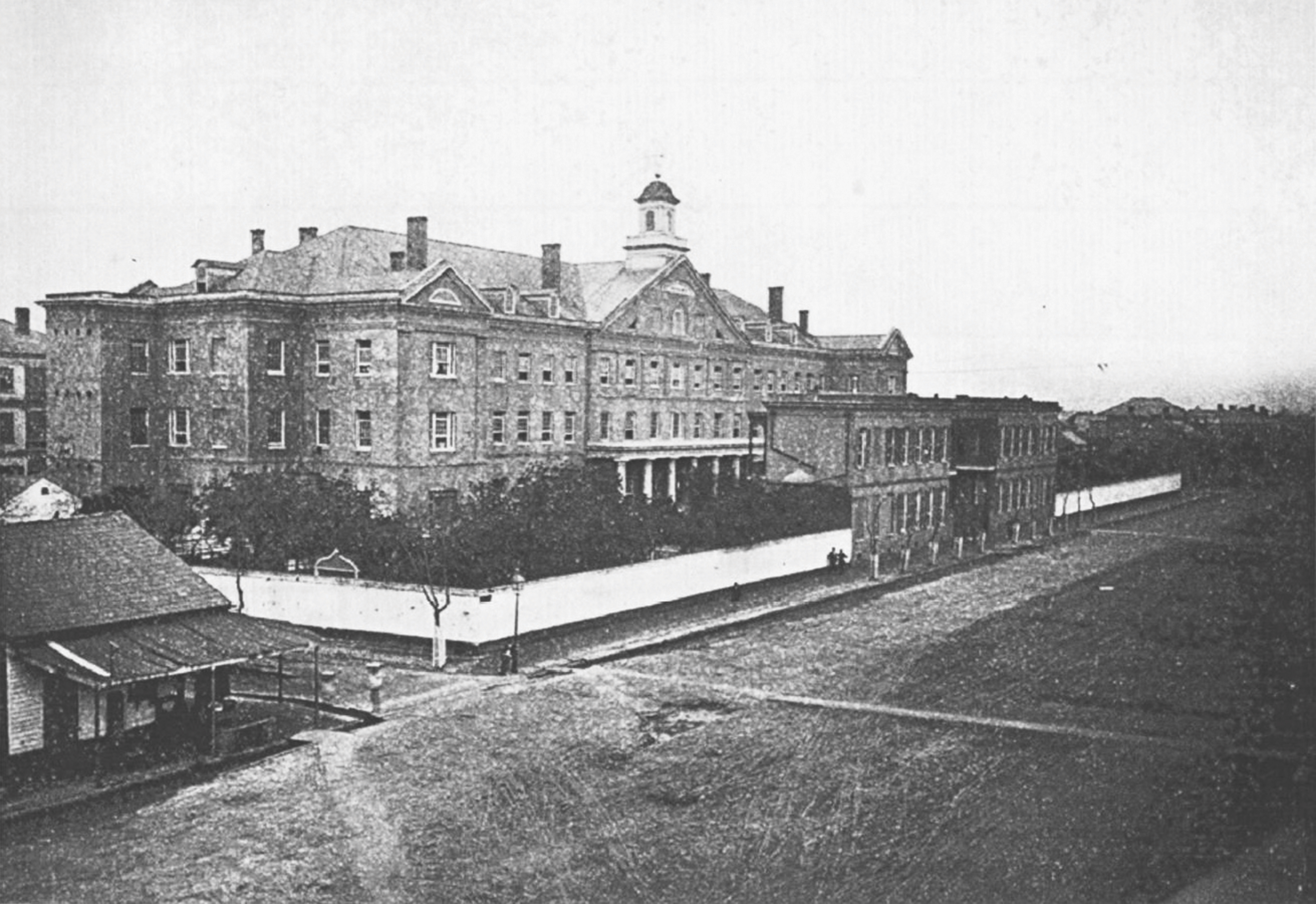 Charity Hospital in New Orleans was hailed as the latest in dreams of modern physicians and social workers at a dedication ceremony on July 18, 1938, attracting 4,000 people to the symbolic groundbreaking. The multimillion-dollar hospital in Louisiana (USA) would be part of a network providing health care to anyone unable to afford private medical treatment.

The eventual three-story brick building on the 10-acre site would include a spacious lobby, waiting room, resident doctor’s suite, pharmacy, and comfortably furnished admitting and patient rooms. Clinics covered all specialties—orthopedic, dental, surgical, fracture, and ear, nose, and throat. The X-ray department was one of the most advanced in the country, and used hospital linen was pegged for a most modern and spectacular fall (a wide chute from the third floor to a receiving room in the basement).

The article heralding the official opening, scheduled for April 1939 (delayed to July 1939), covered every design detail, from the “four majestic columns of monolithic limestone” ascending three floors to the 254 double-hung aluminum framed windows.

Other less lavish newspaper stories published before opening noted that the building was settling into the swampy delta soil and, as a result, the interior and exterior were cracking. The building would continue to sink for another 3 ½ years, coming to rest almost 18 inches below its original surface depth.

Because of Charity Hospital’s charter to assist the indigent, the emergency department was, for many years, the busiest ED in the country. It functioned as a full-service health care facility and, at other times, a sort of war zone particularly during the Mardi Gras season. In the proximity of two medical schools—Tulane University and Louisiana State University—Charity Hospital of New Orleans offered the perfect training environment, earning a reputation that in 1973 championed an affiliated emergency medicine residency program. It was among the first in the U.S. to offer such a program.

Louisiana Gov. Huey Long (1928–1932), famously known in politics as “the Kingfish,” built a free safety net of medical care fostering self-perpetuation. Charity Hospital, also known as the “Big Free,” in the heart of New Orleans had always fostered training and education and, now, the ED residency program would become a flagship for others to follow, bolstering emergency medicine as a full-fledged medical specialty.

The novelty of ED as a separate discipline within medicine attracted medical school graduates from all over the country, particularly those with ambulance experience. That and the opportunity to treat just about every imaginable illness and injury were factors leading Dr. Jeff Clawson to New Orleans following graduation from the University of Utah Medical School.

It was the classic baptism by fire, said Dr. Clawson, who worked as a paramedic for Gold Cross Ambulance to put himself through medical school.

“There weren’t a lot of examples or programs to go by,” he said. “We did a lot of it ourselves by teaching each other.”

Similar to other inner-city hospitals in the early 1970s, budgets for charitable care were shrinking while at the same time, private hospitals were shifting the uncompensated care into public institutions. Charity Hospital’s ED, which was already the major source of primary care for the poor and uninsured, became an overcrowded dumping ground with patients requiring immediate care mixed with large numbers of relatively non-emergency patients.

“There had to be a system to better care for patients,” he said. “I hadn’t been there long enough to find it.”

Dr. Clawson sought the advice of his chief resident, who did have a system in place. He handed Dr. Clawson a “protocol” for handling heavy clinic patient flow: recipe cards to relieve overcrowding while providing patient-centered care. With the chief resident’s permission, Dr. Clawson made copies, brought them to the clinic, and created a system combining “the recipes” with his own set of handwritten and documented processes for treating various medical conditions.

“I was amazed at the progress,” Dr. Clawson said. “I was working faster and more efficiently, seeing more patients, doing a better job with each patient, and, as a result, experiencing happier patients.”

This experience of following a precise medical process changed his life and the course of emergency dispatch.

Once the residency was completed, he returned to Salt Lake City (Utah, USA) and was subsequently selected to be the first medical director of the Salt Lake City Fire Department (SLCFD). While reviewing call processes within the SLCFD communication center, he noted inconsistencies in dispatch.

There were no standards. They were flying by the seats of their pants.

“When things go wrong at dispatch,” he said, “they go bad all the way down the line.”

The rest is history. The protocols evolved into the Medical Priority Dispatch System™ (MPDS®) used around the world.

The subsequent history of Charity Hospital isn’t so buoyant.

Hurricane Katrina in 2004 devastated the New Orleans health system. Charity Hospital, the region’s safety net for the impoverished urban community, was shuttered just days after the levees broke and flooded the hospital’s basement. Doors were shut and patients transferred to other facilities. Closing Charity Hospital represented a huge loss for low income patients. For decades, it had been a dominant source of ambulatory care, providing 350,000 outpatient visits at more than 150 primary and specialty care clinics each year.

Controversy and conspiracy theory surrounded the fate of Charity Hospital.

Why wasn’t Charity Hospital reopened? After all, only the hospital’s basement was flooded (and it had already sunk to its lowest depth anticipated). A team of 200 medical and military personnel brought in a 600-kilowatt generator, pumped out the water, and prepared the hospital for continued care. It was cleaned and deemed “medical ready” within weeks, according to doctors and military personnel present at the cleanup.

The doors never reopened to patient care. In the aftermath, only medical records were removed. Everything else stayed: hospital beds, office furniture, lab specimens, microscopes, disposable supplies, bed linen, scrubs, medical equipment, and MRI and CT scanners. LSU planned a move toward more privatized health care and received federal funding to build a medical complex outside the downtown area. Plans for Charity Hospital were at a standstill, deteriorating from lack of resources and locked down under constant police patrol.

In December 2016, LSU announced plans to empty Charity Hospital. The $6.38 million project, started in January 2017, was the final step LSU Health Sciences Center would oversee before turning the remarkable building over to the state’s Division of Administration.

The contractor was required to scrap for salvage or throw away anything removed from the building. The contract stipulated retaining the building's historic character, and contractors could not remove anything architectural that was part of its history, such as its windows, doorframes, and the interior monolithic limestone pedestals. The building was broom swept before contractors closed the doors behind them.

The building was ready for its next phase in New Orleans.

The famous song “City of New Orleans,” written by Steve Goodman and made popular in 1972 by Arlo Guthrie, captures the bittersweet reminders of a grand past. Go to https://www.youtube.com/watch?v=BEe9DF_mUEI to listen as Guthrie performs the music.