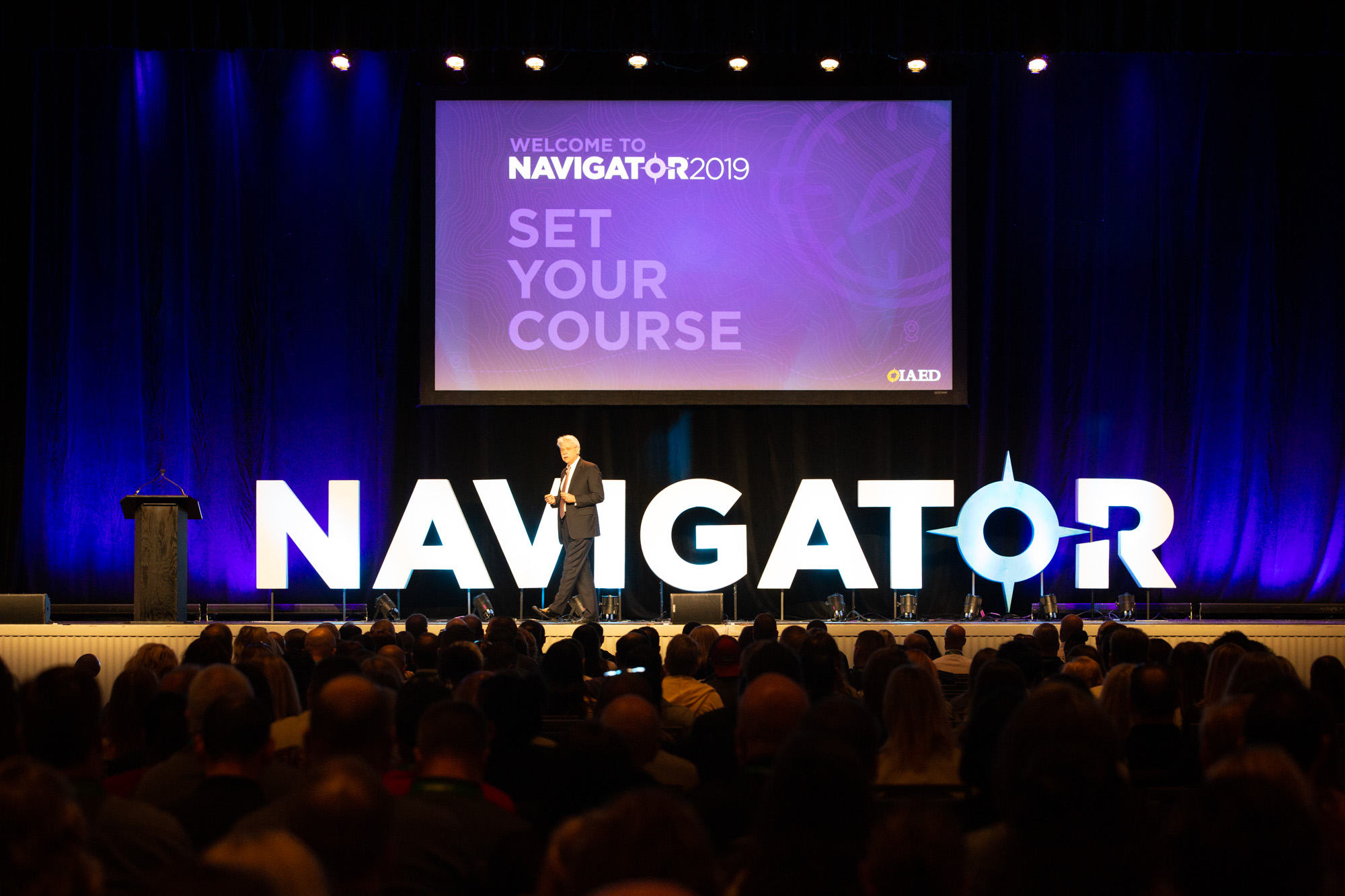 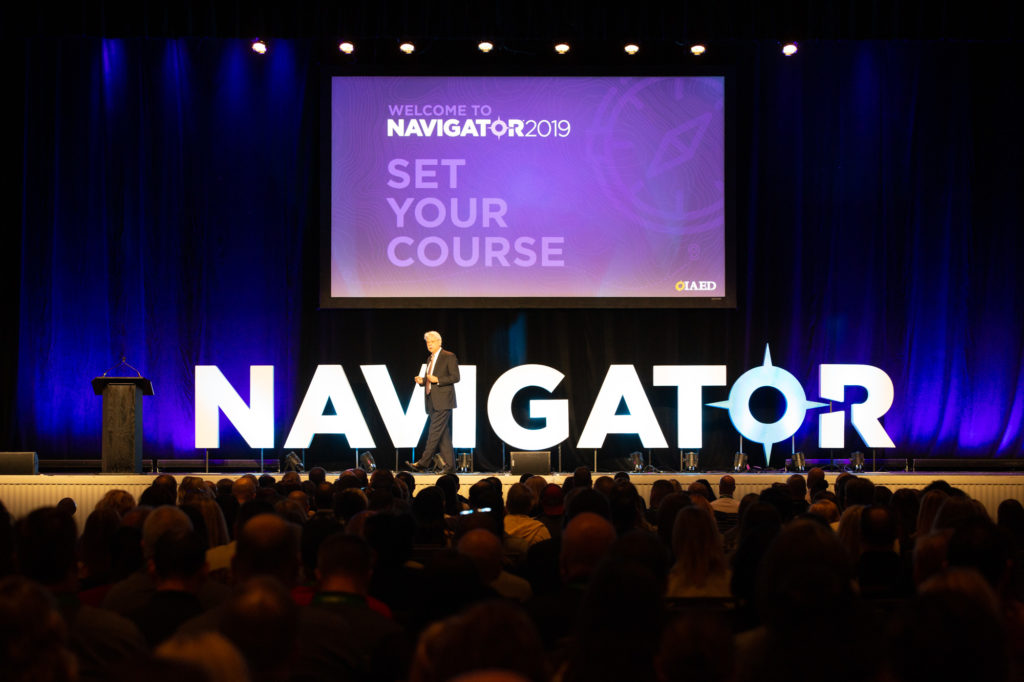 Of all the take homes at NAVIGATOR—and there were many—the biggest, brightest, and boldest message is the changing landscape of emergency communications and the support teams already taking the profession into the future.

“This is an incredibly difficult profession; nobody has to tell you that,” said Jerry Overton, President, International Academies of Emergency Dispatch® (IAED™). “We want to make sure you know we’re taking care of you.”

The theme of taking care of the profession far into the future shined through two days of pre-conference seminars and three days of formal conference, keynote speakers, awards, exhibits, and events to relax the spirit and rejuvenate friendships whether it was attendees’ first or consecutive NAVIGATOR.

Countless sessions drew upon the rapidly moving world of technology, innovation to match increasing demand, and global connectivity through common bonds despite the distances in space and time and culture. Alliances announced, research presented, seminars, and the constant exchange of ideas and information—front and center to NAVIGATOR—transported conference-goers into a landscape that like the evolution of emergency dispatch protocol will always be there to support their journey.

And what better way to show a lifesaving impact than through an alliance forged between the IAED, Priority Dispatch Corp.™ (PDC™), and the American Heart Association (AHA)? The AHA has long recognized the vital importance of Dispatcher-Directed CPR (DD-CPR) in reducing disability and death caused by cardiac arrest, while the IAED and PDC have long been instrumental in the science and technology of saving lives through Protocol and standard practices.

As announced during NAVIGATOR’s Opening Session, the three organizations have combined forces in their commitment to double survival from out-of-hospital cardiac arrest by the year 2028 through implementing research-based protocol, resuscitation education, and quality improvement programs to deliver high-quality CPR.

“We can do this and you, as emergency dispatchers, are at the frontier of making that happen,” said Brian Eigel, Chief Operating Officer, RQI Partners LLC. RQI is a nonprofit venture partnership between the AHA and Laerdal Medical.

According to recent statistics (2016) there are more than 350,000 out-of-hospital cardiac arrests annually in the U.S., with bystanders providing CPR 46.1% of the time. The survivor rate stands at 12%. Heart disease and stroke still rank as the nation’s No. 1 and No. 5 causes of death, respectively.

In keeping with the NAVIGATOR theme of setting the course, the Dispatcher of the Year Award honored an individual who through personal action exemplifies the values of the IAED and the profession.

Katerine “K.T.” McNulty, EFD, REDCOM, California (USA), was on duty in October 2017 as multiple wildfires propelled by wind and tinder exploded, eventually devastating land and communities throughout Sonoma, Napa, Mendocino, and Lake counties in Northern California. By the end of the 23-day siege, the fast-moving fires and billowing smoke had killed 44 people (including two firefighters), damaged or destroyed 21,000 homes and businesses, and scorched more than 181,000 acres of forests, vineyards, and farmland. Thousands of people had been evacuated and returned to find their homes gone.

In the aftermath, the destructive power of the October 2017 firestorm exposed shortcomings in the chain of emergency preparedness. At 911 communication centers, emergency dispatchers were overwhelmed, juggling dozens of calls at any one time, without the information to tell people the safest way to flee the smoke and flames.

The IAED acknowledged McNulty for her supreme efforts that led to improvements found in the later release of the Fire Priority Dispatch System™ (FPDS®) Version 7.0 (see more about her heroic actions and those among the crew she worked with in an accompanying article). REDCOM is the fire and medical dispatch center for Sonoma County.

Barry Edward Bagwell accepted the Instructor of the Year Award, presented by Bonni Stockman, IAED Associate Director of Instructor Services. He’s a “people person,” Stockman said. Bagwell was the Deputy Director (he’s now retired) of Mecklenburg EMS Agency (Medic) in Charlotte, North Carolina (USA), and has been an Academy EMD Instructor for the past 19 years.

“It’s an honor and privilege to be associated with the IAED and PDC,” Bagwell said in accepting the award. “It’s truly special.”

Next on course was the annual presentation of new and re-accredited centers of excellence (ACE) awards, with this year reaching an all-time high.

“This is a remarkable achievement for everyone involved,” said Kim Rigden, IAED Associate Director of Accreditation. “It’s hard work to accredit, and it’s no easier when you re-accredit.”

Helping to set the course in leadership, the annual Jeff J. Clawson Leadership Award honored James Gummett, Quality Assurance Manager (retired), London Ambulance Service, NHS Trust (U.K.), for his dedication, his penchant for going above and beyond the call of duty, and his continued research and ideas to improve patient care and the dispatch profession.

Beyond the awards, the hoopla, and back-to-back sessions, the main attraction continues to focus on the NAVIGATOR community and the enthusiasm they bring to the annual conference. In session after session, speakers reminded their audience of their important work and the relevancy of their profession far into the future despite a world that predicts the dominating forces of technology. 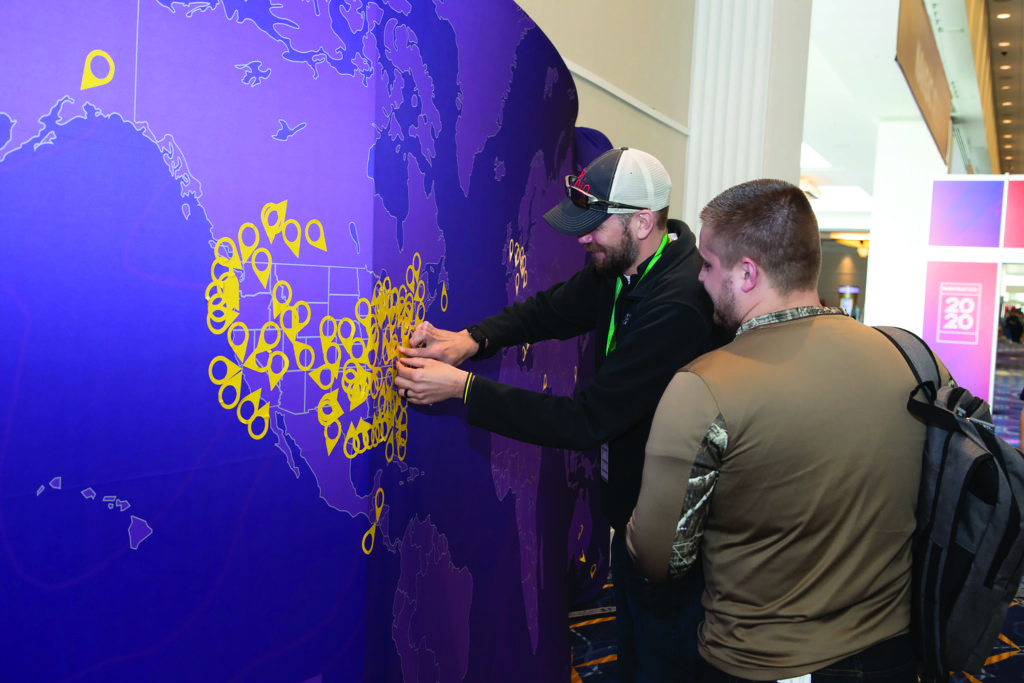 “Everything PDC [and the IAED] is looking at involves human augmentation, focused on making the jobs of emergency dispatchers easier and safer,” said Ron McDaniel, PDC President. “Emergency dispatchers will always make a difference in somebody’s life now and into the future.”

Take it from an emergency dispatcher who was there to answer calls on the night of Oct. 1, 2017, when an armed assailant opened fire on a crowd of concertgoers at the Route 91 Harvest music festival on the Las Vegas Strip in Nevada (USA).

“Events of that nature are emotionally crippling, yet we keep going; we don’t stop,” said EMD Matt Grogan, Communication Specialist, Combined Communications Center of Las Vegas Fire and Rescue, Nevada (USA). “I don’t know of a finer group of people. We are unified by the phone call and the compassion to help make a difference in someone’s life.”